Tax Day And Paul Is Worried!

“Doctor, there’s a patient on line 1 that says he’s invisible” “Well, tell him I can’t see him right now.”

Paul paid all the taxes two weeks ago but the California Franchise Tax Board payment has not shown up in the Bank Of America system…did Paul subconsciously not mail it?  Oh, what to do!

We could hear Sue yelling from the waiting room!

Did You Know? MRI was originally called ‘NMRI’ (nuclear magnetic resonance imaging) and is a form of NMR, though the use of ‘nuclear’ in the acronym was dropped to avoid negative associations with the word.[1] Certain atomic nuclei are able to absorb and emit radio frequency energy when placed in an external magnetic field. In clinical and research MRI, hydrogen atoms are most often used to generate a detectable radio-frequency signal that is received by antennas in close proximity to the anatomy being examined. Hydrogen atoms are naturally abundant in people and other biological organisms, particularly in water and fat. For this reason, most MRI scans essentially map the location of water and fat in the body. Pulses of radio waves excite the nuclear spin energy transition, and magnetic field gradients localize the signal in space. By varying the parameters of the pulse sequence, different contrasts may be generated between tissues based on the relaxation properties of the hydrogen atoms therein.

It took about an hour when we got home, about 11:45 AM, we called Miss Robin and asked her to lunch… yes, with a lot of enthusiasm! We met at California Pizza Kitchen in Seal Beach (Westminster and PCH) and had a super lunch sharing the latest news!  Paul stayed on his diet having a CUP of soup and a small bowl of Mexican Street Born!  We are lucky having a wonderful daughter like Miss Robin…She is quite special!

In the afternoon, Paul worked on the Blueberry cage as he got the necessary coupling/joins from Amazon. The local hardware stores didn’t carry the necessary parts. $23 for eight of these little guys… pretty good deal! 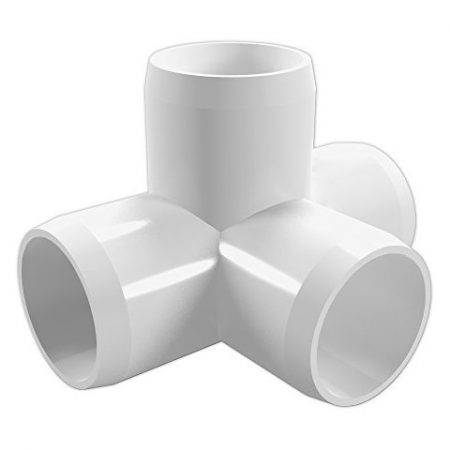 You can get anything on Amazon!

The Blueberry cages in 90% finished!  It is getting dark so it is time to go inside…no, the porch light didn’t come on…Paul is a good boy!

We watched TV and crashed!  Right before going to bed, Paul checked the BofA account and voila, the Franchise Tax Board check had cleared, no jail time for Paul!

Just an old retired guy trying to finish out my last years on this planet. I lost my best friend and wife in early 2020. I am involved seriously with a long-time friend, Mary, and life goes on.
View all posts by Paul →
This entry was posted in Family, Gardening and tagged Dining Out, Doctor, Family, Vegetable Gardening. Bookmark the permalink.
Powered by Maribol IMDB Plugin