Sunday… A Day For Some Kulture!

All the world‘s a stage and all the men and women merely players. They have their exits and their entrances, and one man in his time plays many parts. (As you like it)

It’s Sunday morning and Paul’s feets are ready to walk…Sue says hurry back as she is hungry so it was an hour trip today with a couple of jogs to make it interesting.  During the transit, Paul hit 200 miles this year! 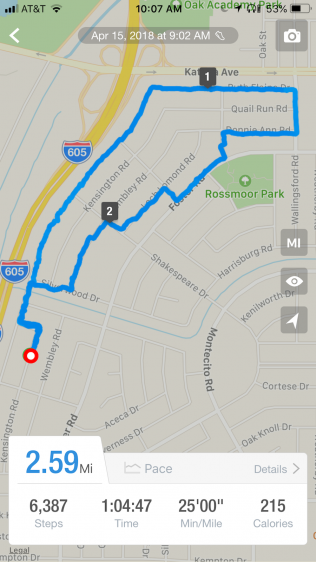 Walking is a great way to get refreshed!

After returning home Paul again worked outside repacking the emergency kits.  We not have a camp stove with several bottles of butane, three cases of MRE’s, a new gas siphon, ten cases of water, and clothes/blankets plus a medical kit!  We’re good to go!

At 1:30 PM we departed for South Coast Repertory so see Shakesperes’s “Taming of The Shrew”. The Taming of the Shrew is a comedy by William Shakespeare, believed to have been written between 1590 and 1592.

In Shakespeare’s battle of the sexes, The Taming of the Shrew, Petruchio wins. But, what if a 16th-century woman had written it? In Amy Freed’s clever and wickedly funny spin on the classic, Kate triumphs, too. When her unstoppable force meets his immovable object (or is it the other way around?), the impact is red-hot and, oh, so sexy! 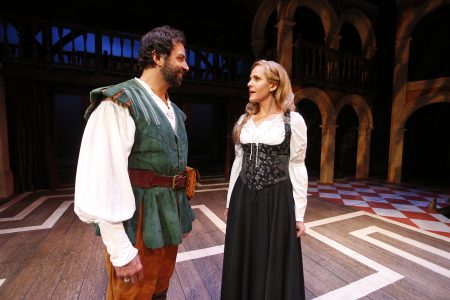 The actress, at many angles, looked just like our amazing daughter-in-law Amy!  Piercing eyes and beautiful smile!

This performance was hilarious!  So funny, we found ourselves giggling many time and flat our belly laughing on many other occasions.

We zoomed over to the Santa Ana Elks right after the play (it was a six minute drive on the freeway) where we joined the on-going Jam Session.

This was the last Jam Session in the old building! 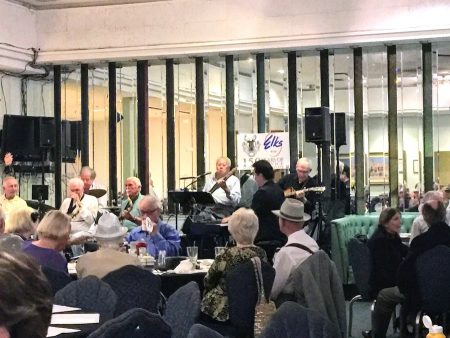 The last Jam Session in the old lodge!

Our table was full tonight with only the Kuhn’s and Robert’s missing.   Bob Z, Bob C, and Sandy were having a serious conversation.  This dancing thing is good as Sandy and Bob C. are octogenarians and going strong.  Bob Z. is just an octopus… Paul’s age! 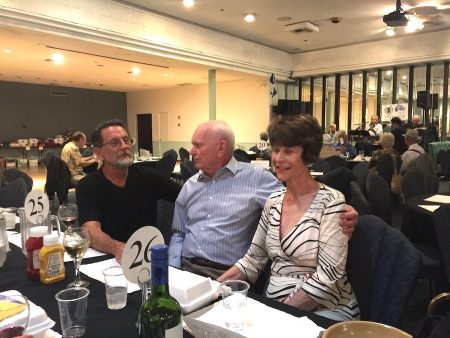 Bob’s and Sandy at the Jam Session!

Paul just HAD to eat as it was the last time in this building so the “Captain Jack’s Chicken Delight” was consumed much to the dismay of Paul’s diet! We departed a little early, 8:00 PM, and headed home to watch some TV.

As we closed out the evening, Paul saw a picture of the Shuttle and had a flashback to 1975 when Joe and Colleen joined him at Rockwell in Downey to meet the Astronauts!  Gordon Fullerton was with us today. 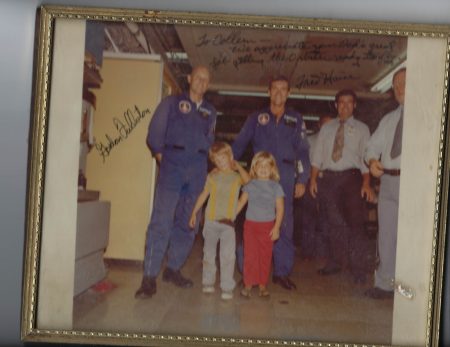 Just an old memory… Joe and Colleen with Gordon Fullerton (Astronaut) in the ADL Downey, Ca  (Half of Paul is on the far right)

Did You Know? Charles Gordon Fullerton (October 11, 1936 – August 21, 2013) was a United States Air Force colonel, a USAF and NASA astronaut, and a research pilot at NASA’s Dryden Flight Research Facility, Edwards, California.[1] His assignments included a variety of flight research and support activities piloting NASA’s B-52 launch aircraft, the Boeing 747 Shuttle Carrier Aircraft (SCA), and other multi-engine and high performance aircraft. Fullerton, who logged more than 380 hours in space flight, was a NASA astronaut from September 1969 until November 1986 when he joined the research pilot office at Dryden. In July 1988, he completed a 30-year career with the U.S. Air Force and retired as a colonel. He continued in his position of NASA research pilot as a civilian. Fullerton and his wife and their two children lived in Lancaster, California.

Just an old retired guy trying to finish out my last years on this planet. I lost my best friend and wife in early 2020. I am involved seriously with a long-time friend, Mary, and life goes on.
View all posts by Paul →
This entry was posted in Dancing, Food and Wine, Friends, Fun, Theater, Walking and tagged Dancing, Dining Out, Elks Lodge, Friends, Theater. Bookmark the permalink.