Did You Know? American fighter planes in WW2 had machine guns that were Fed by a belt of cartridges. The average plane held belts that were 27 feet (9 yards) long. If the pilot used up all his ammo he was said to have given it the whole nine yards.

We got an invite to Cassie’s wedding today.  Cassie is our first Granddaughter and we are hoping to go. The house and barn was buit 200+ years go, looks quite rustic.  We are hoping to go but based upon things the way they are, it is likely we will be staying home. 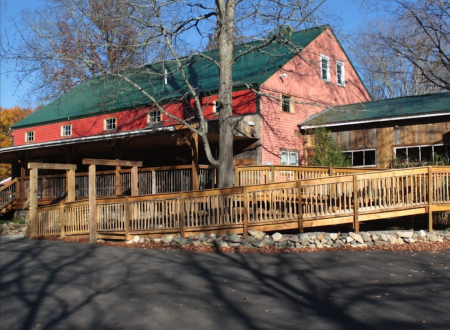 Off to the doctor again and the results are mixed.  Bloodwork was A-OK but they believe there is some liver/kidney damage so we are off to another round of doctors.  Always something!

We went to see Jumangi, The Jungle and it was a kick in the pants.  Paul roared in several places during the movie and we got a tee-hee-hee from Sue!

We returned home, had dinner, and watched a little TV before crashing at 10:30 PM

Just an old retired guy trying to finish out my last years on this planet loving my best friend and wife, having fun, learning, and passing on helpful things to others.
View all posts by Paul →
This entry was posted in Just Us and tagged Doctor, Theater. Bookmark the permalink.
Powered by Maribol IMDB Plugin