Time to walk!  We have a new pedometer as the old one does not work with the latest iOS release…  Paul did 2.57 miles in one hour and four minutes for a 25 minute mile… Not too bad for an ol’ guy!  Burnt 232 calories… One bite of a hamburger! 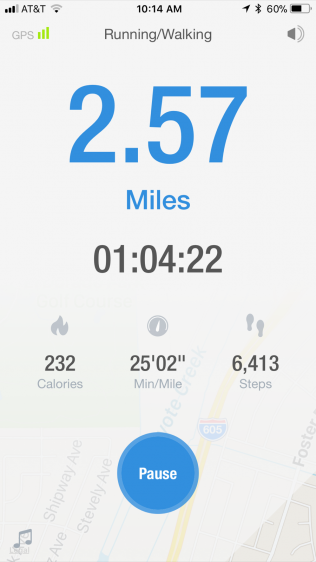 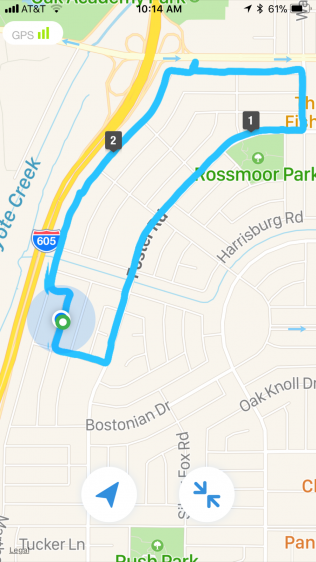 All sorts of sites to see along the way!  The Raggedy Andy was watching over the property, he does not look too mean! 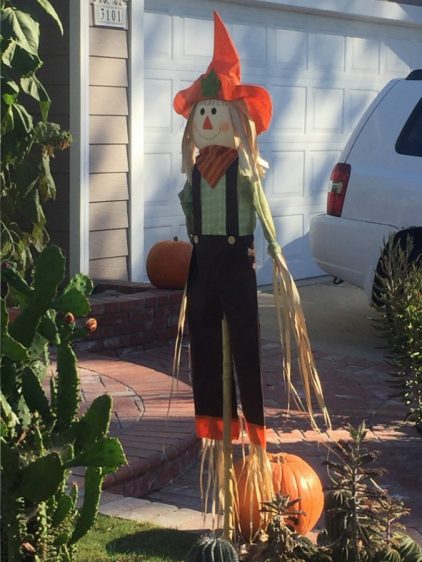 PAul was taking pictures and a car drove into the driveway.  HE thought “Oops, they are going to be mad”… Turns out it was a friend we have known for years so we had a short visit and Paul got to see her garden! 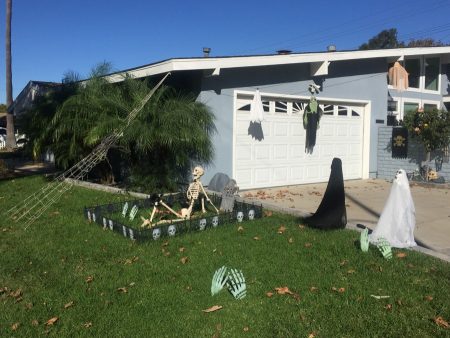 She planted some bones last year and look what happened! 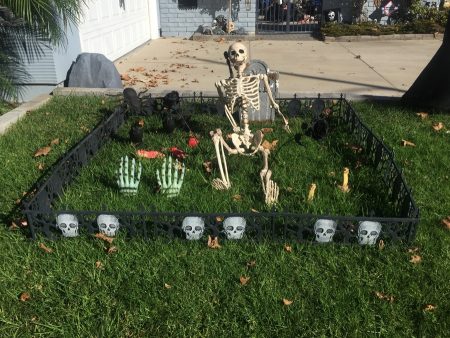 Walking in the evening not a good idea around the hood… Them crazy spiders put their webs everywhere! 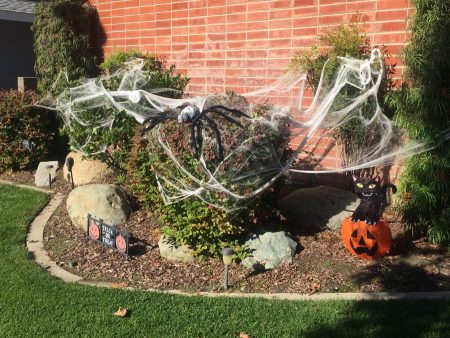 Spiders seem to be all over the place!

After loosing Tom a few weeks back, it seems Paul is reliving moments he has not thought about for year and years so… We are going to put some of hose memories into text and make them so we can retrieve them.

MEMORIES OF TOM HALE  Ratchet back 50 plus years to the mid 1950’s and Paul and Tom (we were 10 years old then) went to Knott’s Berry Farm (with their mom’s of course).

The park had no fences, there were still some berries in the parking lots, and the place was amazingly simple. The train was purchased in 1951 so it was brand new to Knott’s.

We all decided to ride the train and get held up and so it goes.  We waited by where they panned for gold (the park was much smaller in those days) until the train came but alas, we just missed it.

While Georgia and Kaye (Tom’s mother)  were talking, Paul discovered a trestle (small bridge)  that the train used to cross the gold panning stream!  Ah ha he thought… Adventure time.  Paul and Tom began to walk over the trestle (as there were no safety gates or anything so modern), Paul looked back to see Tom and proceeded to put one leg between the ties and went all the way down to his butt!  Torn jeans, scratched leg, and blood everywhere.  He was NOT hurt, just messed up!

We heard a sound, looked down the tracks and here comes the train!  Geez… Run ovwe by the Knott’s Berry train! Tom raced over and pulled Paul and his leg up from the ties and back onto the tracks!

Paul limped back to his Mom as fast as he could move as if nothing had happened… Everyone heard the steam engine blowing the whistle wildly! Then Georgia saw the pants leg, blood, and scared look on Paul’s face!  “What did you do?”… A famous saying Paul and Tom heard all the time back in those days!

We are now off to the medical office… He got patched up and we continued the adventure!

We stayed around the house today so we could be ready to assist Robin should she need assistance plus Sue was feeling poorly… Derned tummy was acting up.  Paul worked on the computer, learned the WOW! Slider software, cleaned up the Toppers Membershp Roster, and puttered around.

We watched some TV and a Hallmark Movie before crashing.

Just an old retired guy trying to finish out my last years on this planet. I lost my best friend and wife in early 2020. I am involved seriously with a long-time friend, Mary, and life goes on.
View all posts by Paul →
This entry was posted in Adventures, Family, Gardening and tagged Memories, Walking. Bookmark the permalink.