Thursday is our annual Saint Patrick’s Day lunch and we decided to do the cooking today.  Sue worked like a slave in the kitchen and Paul worked in the yard.  Paul came in to do  the “heavy lifting” meaning getting the corned beef in and out of the pot, filling large pots with water and pots moving to/from the stove, etc. We had a short break at lunch time but otherwise we worked hard.

Paul brought in cabbage, Swiss Chard, and beets from the garden while planting 40 corn plants, four zucchini,  two cucumbers, an eggplant, six string beans,  and six additional strawberries.  Paul also spread out another half bale of straw.  We also saw the hints of new asparagus coming up through the mulch.

Sue picked fresh herbs from the garden and after Sue trimmed the herbs and located the new plants, Paul planted the new herbs in the front garden.

Hard to believe but these little suckers will be six feet tall in no time! 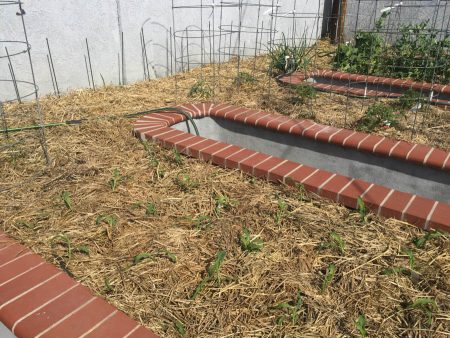 The first batch of corn is planted

The zucchini plants are four feet away form each other because they become huge and quite prolific. 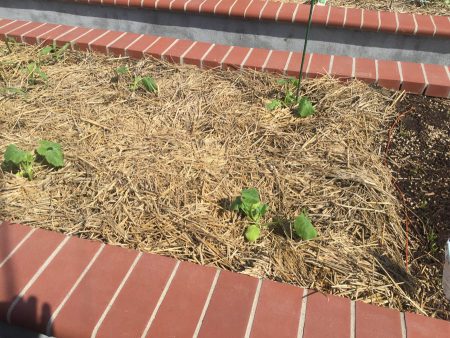 The zucchini will grow pretty fast

We took some to the neighbors but these little beauties are going inside to become Thursday’s meal.  Besides, we need to the room. 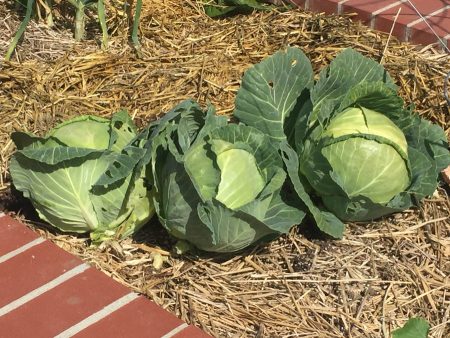 The Swiss chard just looked so good that Sue decided to add them to the St. Patrick’s Day “green meal”. They taste so good when freshly cooked and sprinkled with some lemon! 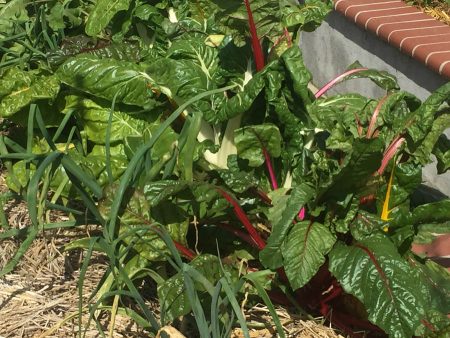 We added Swiss chard to the St. Patrick’s Day menu

Did You Know? Bred in a Rock Hill, South Carolina greenhouse by “Smokin” Ed Currie, proprietor of the PuckerButt Pepper Company in Fort Mill, the Carolina Reaper has been certified as the world’s hottest chili pepper by Guinness World Records since August 7, 2013. The original crossbreed was between a Ghost pepper (a former world record holder) and a red habanero and is named ‘Reaper’ due to the shape of its tail. The official Guinness World Record heat level is 1,569,300 Scoville Heat Units (SHU), according to tests conducted by Winthrop University in South Carolina. The figure is an average for the tested batch; the hottest individual pepper was measured at 2.2 million SHU. 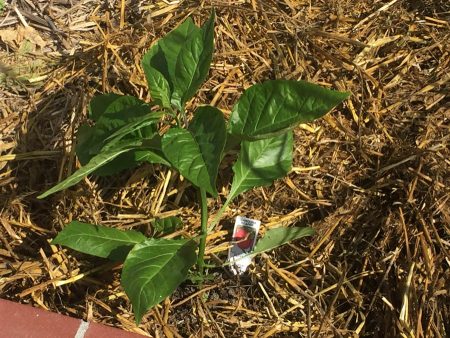 See the Carolina Reaper (hottest chili in the world) 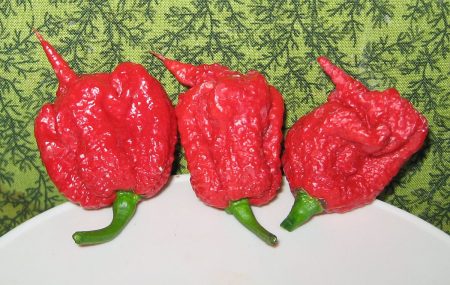 We worked pretty hard until about 4:00 PM and then decided it was time to play.  We went to Patty’s Place for a cup of soup and a glass of wine!  we visited with Chuck and the locals.

Upon returning home we watched a Hallmark channel mystery entitled “Death Al Dente: A Gourmet Detective Mystery” made in (2016).  Summary: When Henry Roth is hired to find the best Italian chef for a new high-end eatery, murder was not on the menu. As the body count climbs, Henry and Maggie find themselves at the heart of another mystery with deadly consequences.

We finished off the evening with Madam Secretary and an old Columbo before putting out the lights.

Just an old retired guy trying to finish out my last years on this planet loving my best friend and wife, having fun, learning, and passing on helpful things to others.
View all posts by Paul →
This entry was posted in Food and Wine, Gardening, Movies and tagged Chores, Cooking, Patty's Place, Vegetable Gardening. Bookmark the permalink.
Powered by Maribol IMDB Plugin