We played eighteen with James and Charlotte although at #6 Paul went home to check on the pouring of the concrete.  We did some happy hour after golf with Bunnaford, James, the Walkers, Angie, and the Wards.  Load of fun!  We had to depart a bit early becuase it was theater (musical) night.  Off to Cerritos for a Big Band Broadway Musical. 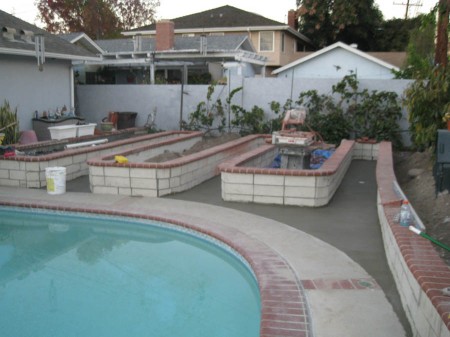 The pathways were poured and going to dry over the weekend 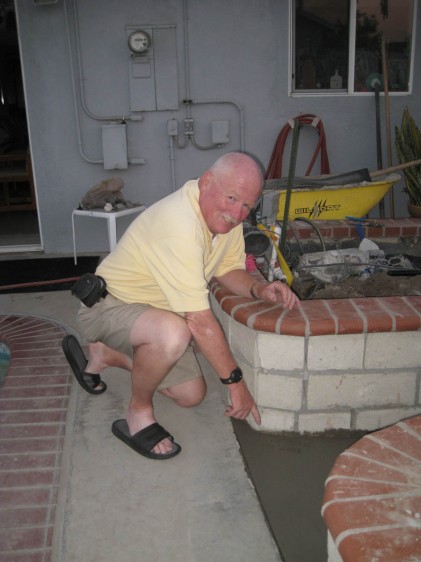 A proud papa… We put our name in the concrete

We went to the Arte Cafe and met with the Branders and Roberts for a delightful pre-show dinner!

Broadway Swings is a musical salute to the best of Broadway and Jazz! Featuring top Cabaret singers and a live Big Band performing the songs of icons Rodgers and Hammerstein, Cole Porter, Irving Berlin, Duke Ellington, Fats Walker, and many more, the show has included timeless tunes such as I Got Rhythm, Stormy Weather, Don’t Rain on My Parade, and People Will Say We’re in Love. 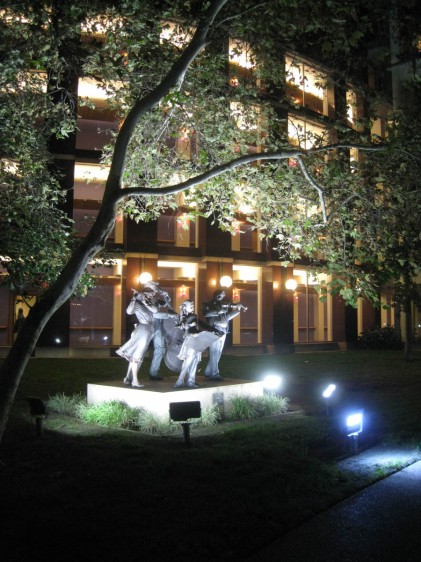 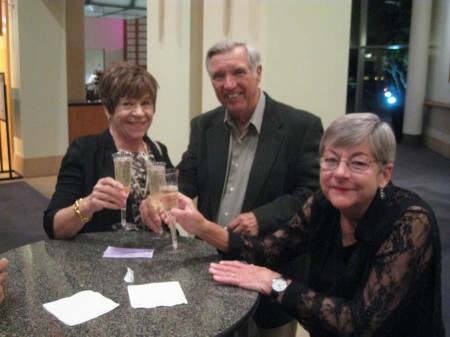 It was a super show.  We were in the third row and saw everything!  After the show, it was time for a cocktail! 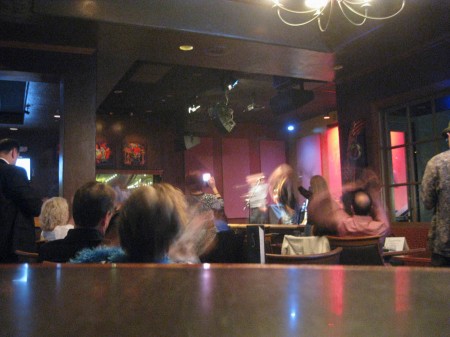 Sue said, after the show, “Let’s go to Spagatini’s and get a drink”

We didn’t even sit at the computer… We went home and crashed.  Spagatini is about six “long” blocks from our house so it was an easy drive.

Just an old retired guy trying to finish out my last years on this planet loving my best friend and wife, having fun, learning, and passing on helpful things to others.
View all posts by Paul →
This entry was posted in Food and Wine, Friends, Fun, Theater and tagged CCPA, Dining Out, Friends, Golf, Old Ranch, Theater. Bookmark the permalink.
Powered by Maribol IMDB Plugin