We did chores around the house until 1:00 at which time we went to OC Performing Arts Center to see Mary Poppins. 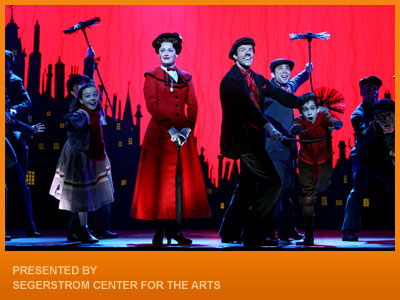 Did you know? – Mary Poppins is a series of children’s books written by P. L. Travers and originally illustrated by Mary Shepard. The books centre on a mysterious, vain and acerbic magical English nanny, Mary Poppins. She is blown by the East wind to Number Seventeen Cherry Tree Lane, London and into the Banks’ household to care for their children. Encounters with chimney sweeps, shopkeepers and various adventures follow until Mary Poppins abruptly leaves, i.e., “pops-out”. The adventures take place over a total of eight books. However, only the first three books feature Mary Poppins arriving and leaving. The later five books recount previously unrecorded adventures from her original three visits.

Of sourse, one theater engagement a day is not enough so we headed to Cerritos at 7:00 pm top see the Golden Boys… We went with Bunnaford & Tom and Vicky & Del.  Great show!!! 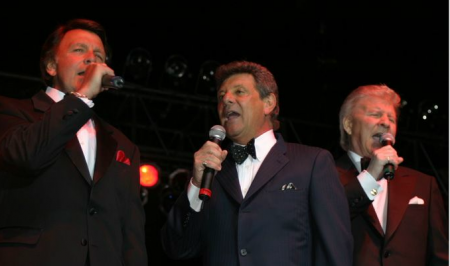 Turn back the clock.... They look so young!

Just an old retired guy trying to finish out my last years on this planet loving my best friend and wife, having fun, learning, and passing on helpful things to others.
View all posts by Paul →
This entry was posted in Friends, Theater and tagged CCPA, Friends, OCPAC. Bookmark the permalink.
Powered by Maribol IMDB Plugin