We Can Slow Down… Sort Of!

We worked in the yard and did some errands on the morning but then we headed for the theater to see “Mid Summer Night’s Dream” with Greg Leach in tow.  Greg can quote the entire plan line by line and have everybody roaring! 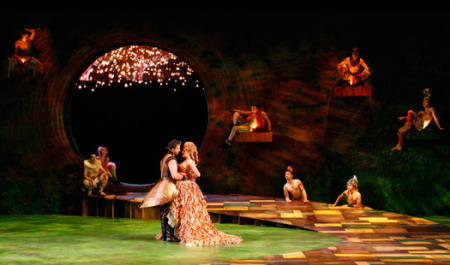 Summary: A Midsummer Night’s Dream is a comedy by William Shakespeare. It is believed to have been written around 1594 to 1596. It portrays the events surrounding the marriage of the Duke of Athens, Theseus, and the Queen of the Amazons, Hippolyta. These include the adventures of four young Athenian lovers and a group of amateur actors, who are manipulated by the fairies who inhabit the forest in which most of the play is set. The play is one of Shakespeare’s most popular works for the stage and is widely performed across the world.

We then headed for the Garden Grove Elks to dance to Street Corner Symphony with the reduced gang!  Bob and Donna had a family event, Vicky and Del were occupied and Ed “Wrong Way” Roberts was map challenged this evening… Good for a load of teasing!!!

Just an old retired guy trying to finish out my last years on this planet loving my best friend and wife, having fun, learning, and passing on helpful things to others.
View all posts by Paul →
This entry was posted in Dancing, Theater and tagged Dancing, Elks Lodge, Friends, OCPAC, Theater. Bookmark the permalink.
Powered by Maribol IMDB Plugin