Fact: November’s name has remained unchanged since the ancient Roman calendar, which was used until 45 BC.  This first Roman calendar was only made up of ten months, with November being the ninth month.  November actually translates rather appropriately into “ninth month” in Latin.  When the Julian calendar was adopted in 45 BC, two new months were added, which pushed November back to the 9th Despite its change in position, November was never renamed.

We were on worm patrol this morning to ensure they dug into the new soil and were not blown away by the terrific winds!  We went for a morning stroll, lifted the straw we put over them yesterday, and, low and behold; their landing site was empty.  Goodbye, little critters, did yourself a new home!!  We are good worm parents!

On the way back inside, where it was warm, I asked Mary, “What do you call it when worms take over the world?” I got one of those “mommy looks,” but I was brave and responded with “Global Worming” as I raced toward to bathroom to lock myself inside. Mary actually named each one!

We got ourselves ready as we had errands to do.  We departed Casa Valencia at 9:45 AM and went to the UPS Store, where Mary sent her daughter a package for the new puppy, and I returned two boxes of straw to Amazon!  Scout was with us and enjoyed all the starts and stops.

Then it was off to the gas station.  Before filling up, I took out a loan.  I remember gas at nineteen cents/gallon in the 1950s, “gas wars.” My parents would roll over in their graves to see gas at $5/gallon!

From the gas station, we went to CVS to pick up some meds that were awaiting our arrival.  It was almost that magical hour when Scout, The Wonder Dog, went for his beauty shop appointment!  We dropped him off, and he did not mind it!

Now, we got to serious activities, zooming to the Elks Lodge for Girls’ Night Out. 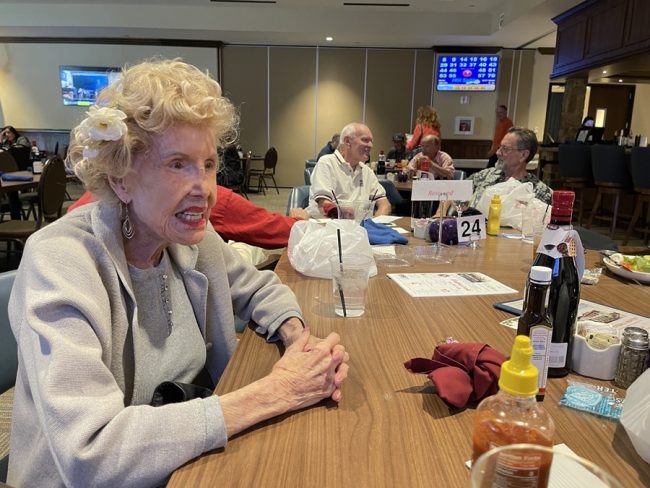 Iris nearly knocked Bill Capps over to sit next to me; I am a chick magnet!

Sydney came today for the first time in two months; she was in Idaho and spent time catching up with everyone. 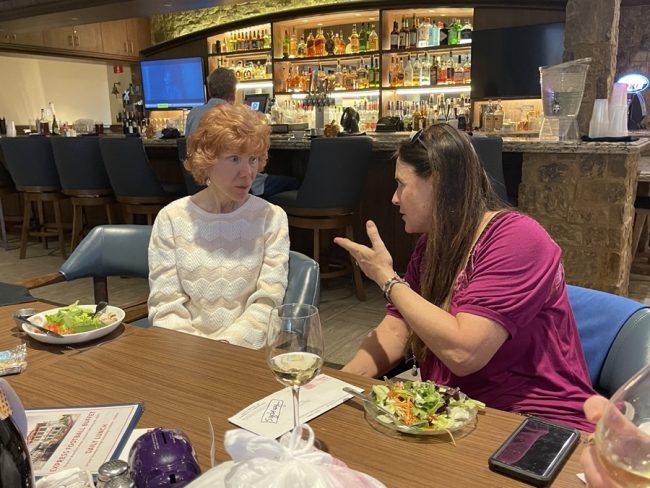 Beverly and Sydney visit as it has been a couple of months.

The first had a great lunch, and we made plans for upcoming events. 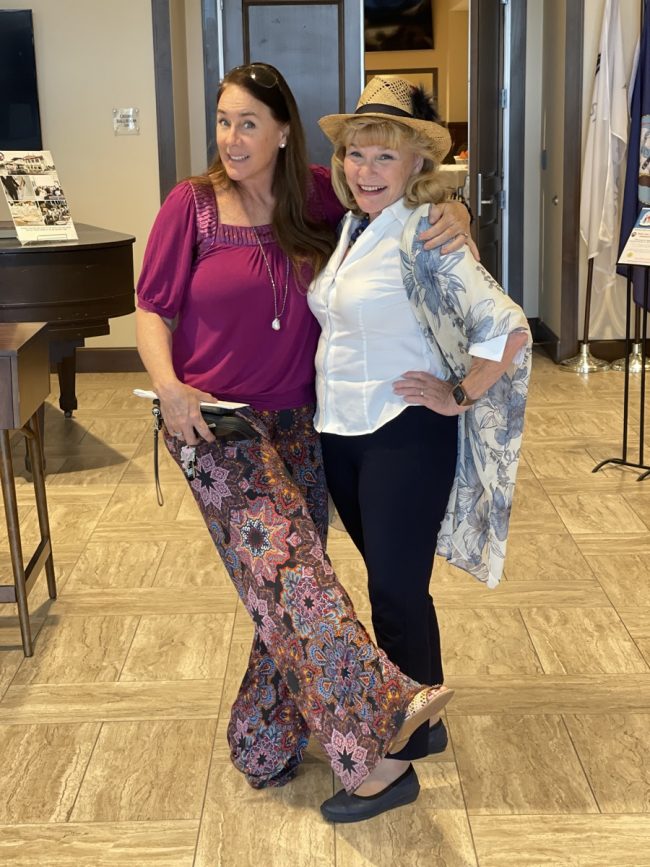 We departed the Elks and got Mr. Scout.  He pranced out of the beauty salon with his freshly groomed plumes waving in the wind.  He smelled so good we had to take him for a visit to Jan’s.

We brought Jan some Elks Salmon and dessert.  Scout scampered into the backyard and took up his observation post, ensuring all was safe for us.  We shared a boggle of vino with Jan and told and retold stories of yesteryear. 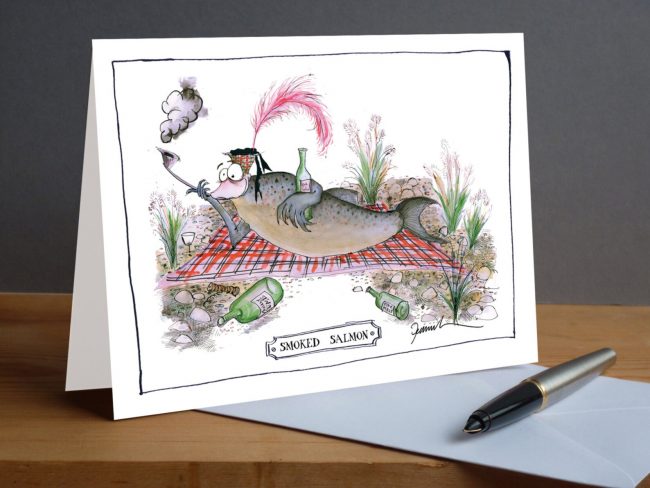 One more stop!  We left Scout in the car and went into Ralph’s to pick up some essentials, namely, raisins, for our next attempt at raisin bread!  He didn’t mind waiting in the car, but he changed the radio channel to classical music and turned up the volume so we could hear it inside the store.

Arriving home, we took out the trashcans, put away the groceries, and then hit the sack at 7:00 PM and watched Yellowstone until almost 11:00 PM.

Just an old retired guy trying to finish out my last years on this planet. I lost my best friend and wife in early 2020. I was blessed again by reconnecting with Dr. Mary Côté, a long-time friend. Mary and I got married July 28th, 2021, and are enjoying life together and plan to spend the rest of our lives being a blessing to our friends and family.
View all posts by Paul →
This entry was posted in 2022 Vegetable Garden, Food and Wine, Friends. Bookmark the permalink.