Another Day On The Road!

Fact: The first Macy’s Thanksgiving Day Parade in 1924 featured animals from the Central Park Zoo.  Though the parade stretched just two blocks, New York City went all out for what newspapers called “a marathon of mirth.” Notably, however, there were none of the balloons the parade is known for today.  Instead, there were live bears, elephants, camels, and monkeys from the Central Park Zoo.  There were also floats with puppets, celebrities, bands, costumed Macy’s employees, and of course, Santa Claus.

We walked the garden in our jammies (and robes, it was in the high 40s).  We watered the new plants we plan to get into the ground later in the day.

Doctors to the left of me, Doctors to the right of me, I am infested with Doctors!  I have a good idea, let’s visit some doctors today!

First, we were off to Long Beach to get a reading on the drain removal; we got a “go!”.  I was happy; I no longer needed “Herman The Bag” tied to me!   Now, we needed a time and a place to sever the connection.  I also got an order for a PSA blood test! 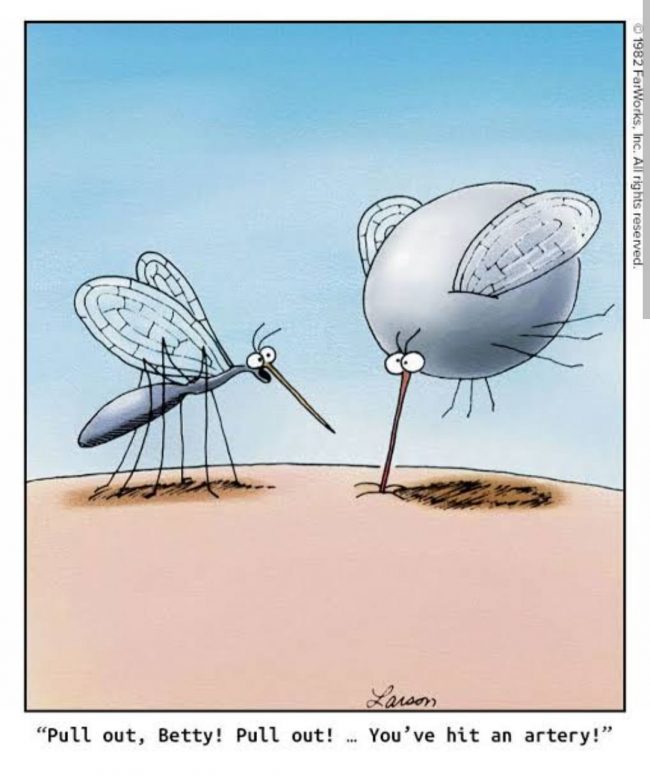 I see another blood tresst in the near future!

After the appointment, we went to Alcapulco; no, not the city, the restaurant.  We had a delightful meal, and I went off-roading and had a spinach enchilada!   Mary did the chicken tortilla soup and a chicken quesadilla. 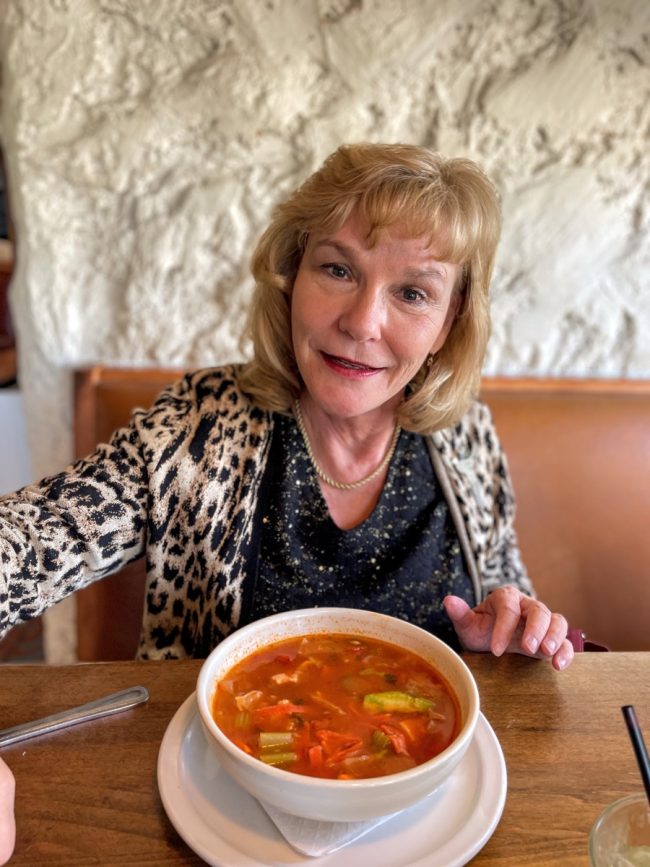 She looked around and waited for the others in the restaurant to be looking in another direction.  I was awaiting the loud slurrrrp sound, but alas, she used a spoon!  I was ready to put my napkin over my head and hinder!

A beautiful lady who loves Mexican food is known as a Taco Belle. 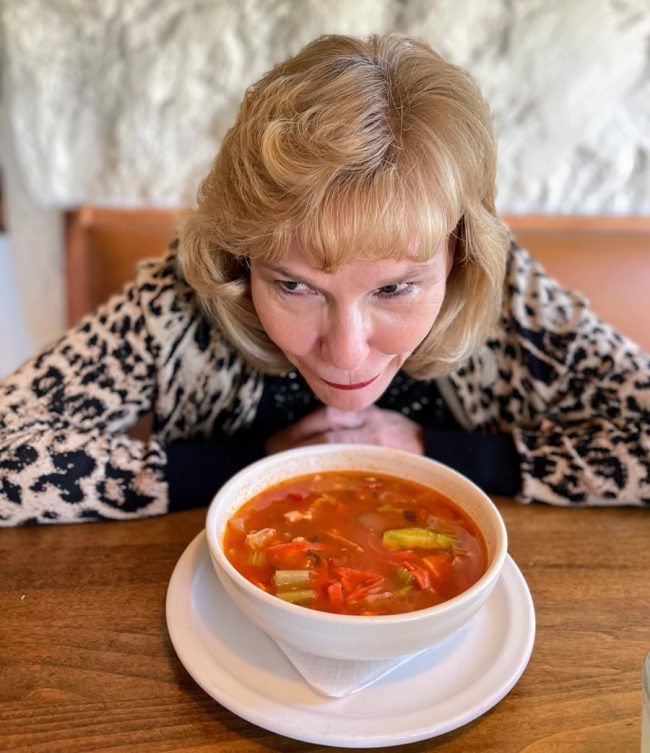 My spinach enchilada was terrific.   We are talking seriously about excellent groceries—sautéed creamy spinach in garlic butter, mushrooms, corn relish, rice, and charro beans.  I could do this every day! After the last bite, I decided all Mexican chefs live their lives only by seasoning the moment.

After lunch, we got a call saying if we skedaddle to the hospital, the nice man with an MD costume would remove the drain if we got there by 1:00 PM.   We flew like the wind, checked into radiology, and the doctor suddenly appeared.

He began the short procedure, and Mary assisted.  He remembered Mary was also an MD and commented he had never had such a qualified assistant.  Like that, I was free from my buddy, “Herman, the bag.” I ran down the hospital corridor yelling, “I am free, I am free,” until the security guard tackled me. 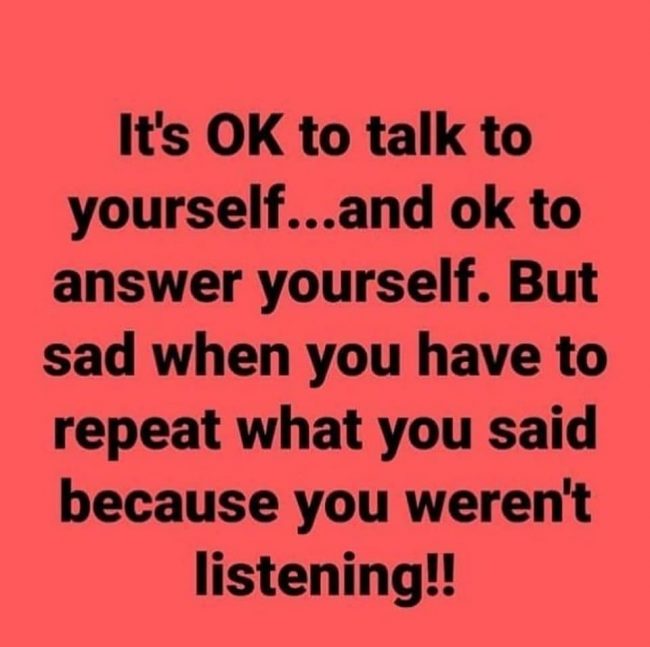 It was 1:30 PM, and we were getting lonesome for a doctor’s office, so we went two buildings down and visited an excellent PA who looked at my knee, passed two dead chickens over it, said some words that neither of us could understand, and rattled some beads in a small jar.  She proclaimed to me, “Cured.” Great, we can go home.

The Silver Fox shot down the freeway at break-neck speeds; if that driver in front of me does not get out of the way, I will break his neck! 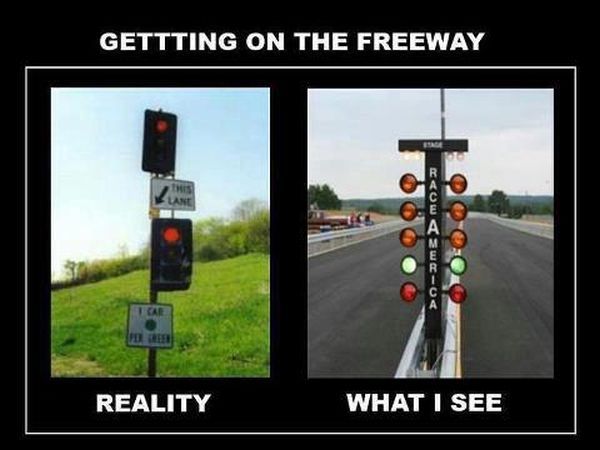 Arriving home just before sunset, we jumped into grubbies and worked in the front yard.  Mary planted some petunias, and I cleaned up my workbench.  I got to wear jeans for the first time since the operation; it felt so good.

Did You Know? The word ‘Petunia’ is from a native South American word ‘petun’, the name for ‘tobacco, of which it is a close relative.

We were tired, so we hit the sack at 6:30 PM and watched Yellowstone.  Neither of us was hungry because of the super lunch we had.  I got up at 9:00 PM and took the baby outside as his tiny bladder would not last all night long.

Alexa blurted out a warning as I returned to bed.  HIGH WIND WARNING REMAINS IN EFFECT FROM 8 PM THIS EVENING TO 10 PM PST WEDNESDAY.” 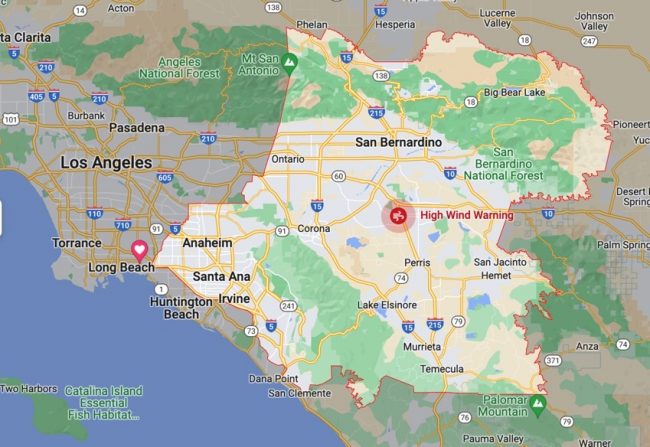 Dang, a week early this year!

All I could think of was last Thanksgiving when we lost power while preparing dinner.  Thanks to Jan and her gas oven and the trusty 10KW generator I keep in the garage, we muddled through.

Just an old retired guy trying to finish out my last years on this planet. I lost my best friend and wife in early 2020. I was blessed again by reconnecting with Dr. Mary Côté, a long-time friend. Mary and I got married July 28th, 2021, and are enjoying life together and plan to spend the rest of our lives being a blessing to our friends and family.
View all posts by Paul →
This entry was posted in Dining Out, Doctor, Just Us. Bookmark the permalink.

2 Responses to Another Day On The Road!