Off And Running Again!

Fact: Dolphins are known to be one of the smartest animals on the planet—possibly because they can conserve their brain power. Because they must be constantly on the lookout for predators, the marine mammals have developed a neat trick of maintaining partial consciousness even as part of their brain sleeps. Researchers have tested whether this “half-sleep” negatively impacts the animals’ alertness during the day but have found that even after five days of having their nocturnal alertness constantly tested, they’ve remained as alert and perceptive as ever.

As a bagpiper, I play many gigs . Recently I was asked by a funeral director to play at a graveside service for a homeless man. He had no family or friends, so the service was to be at a pauper’s cemetery out in the back country.

As I was not familiar with the backwoods area, I got lost and, being a typical man, I didn’t stop for directions.

I finally arrived an hour late and saw that the funeral guy had evidently gone and his hearse was nowhere in sight.

There were only the diggers and crew left and they were eating lunch.I felt badly and apologized to the men for being late.

I went to the side of the grave and looked down and the vault lid was already in place. I didn’t know what else to do so I started to play.

The workers put down their lunches and began to gather around. I played out my heart and soul for this man with no family and friends. I played like I’ve never played before for this homeless man.

And as I played “Amazing Grace”, the workers began to weep. They wept, I wept, we all wept together.

When I finished, I packed up my bagpipes and started for my car. Myhead was hung low, my heart was full.

As I opened my car door to my car I heard one of the workers say, “I never seen anything like that before, and I’ve been putting in septic tanks for twenty years.”

Los Alamitos, here we come.  We went to the heart doctor, Dr. Vannatta, and he said the old ticker looks very good, including all the valves.  The meds are working well.

We got out of the office at noon and Mary used her favorite phrase, “Let’s go to the club”.  We went to Old Ranch and had a super lunch.  A bowl of vegetable soup for both of us.  I did a bowl of chili and MAry did the club sandwich.  We had a glass of wine and all was well.

I called Charlotte and she was on the course coming into the clubhouse after a few minutes.  She and her golf partner joined us.  It was fortuitous as Doris’s husband is a urologist and knows my urologist very well.  We talked about procedures and methods, and I am a lot smarter now. 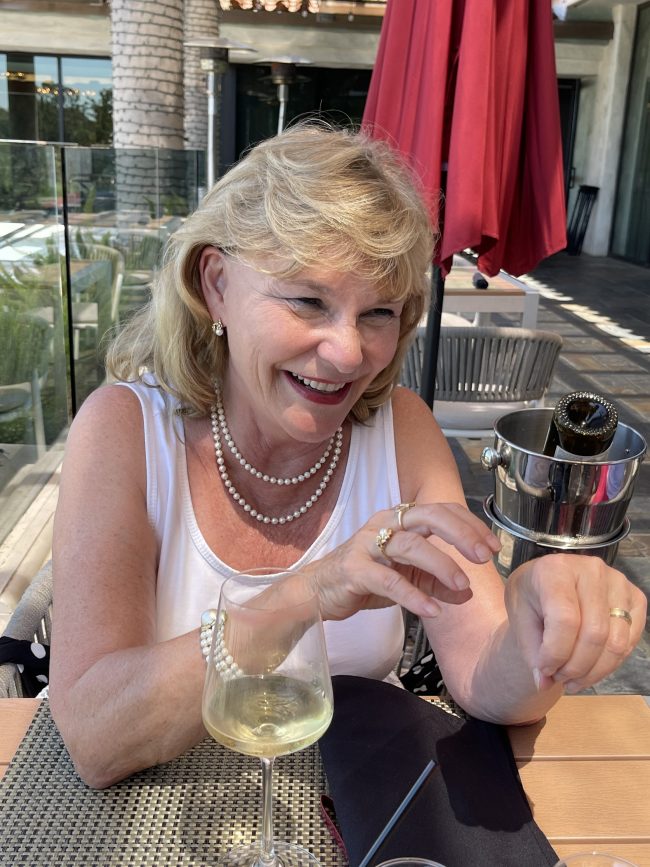 A glass of vino with lunch! 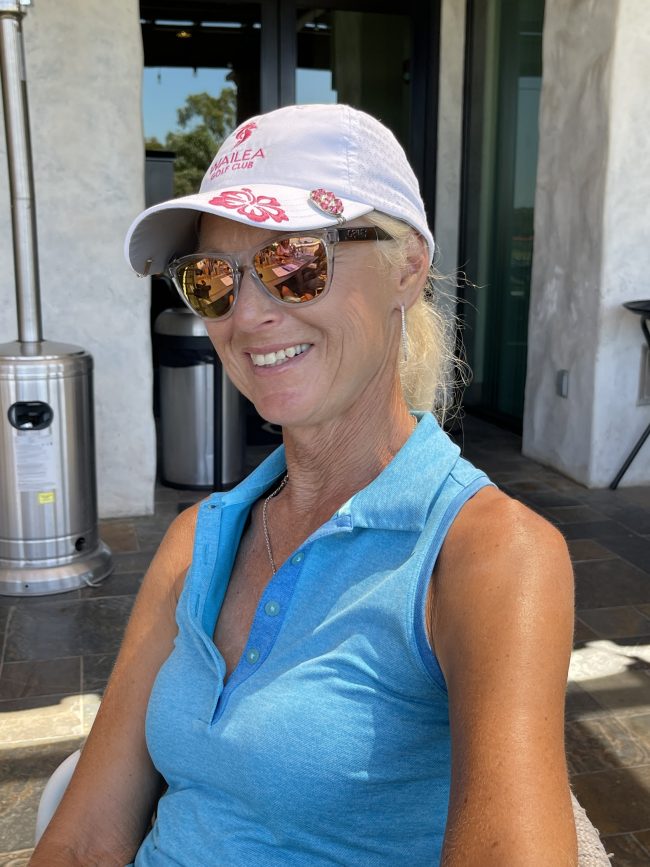 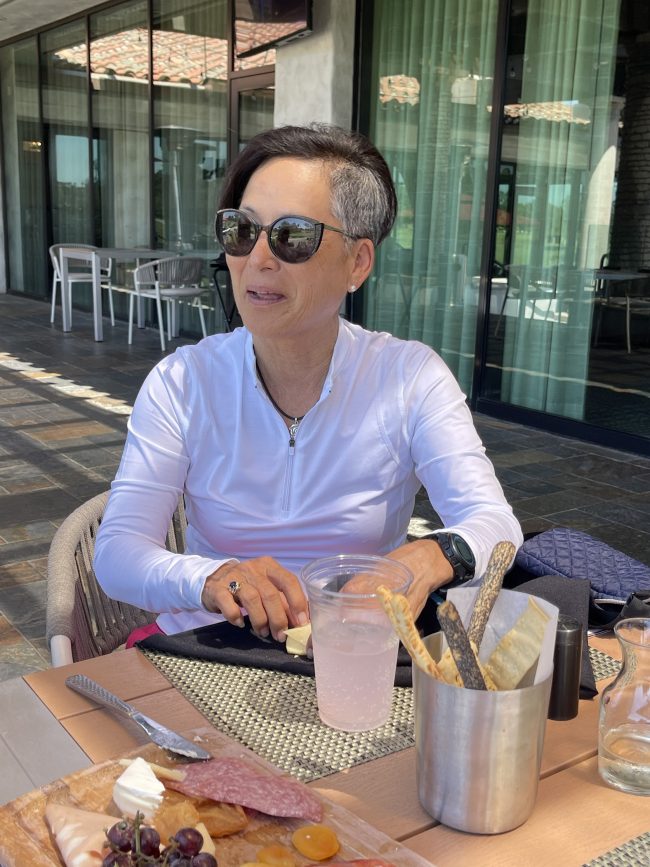 After s fantastic meal, we headed home to work around the house and get ready for tomorrow’s diner party!  We sat in the swim spa for an hour to wind down.

Just an old retired guy trying to finish out my last years on this planet. I lost my best friend and wife in early 2020. I was blessed again by reconnecting with Dr. Mary Côté, a long-time friend. Mary and I got married July 28th, 2021, and are enjoying life together and plan to spend the rest of our lives being a blessing to our friends and family.
View all posts by Paul →
This entry was posted in Dining Out, Friends. Bookmark the permalink.