Sunday Has Arriven And We Are Ready!

Fact: Dead skin cells are a main ingredient in household dust.  According to researchers at Imperial College London, humans shed around 200 million skin cells each hour—and they have to go somewhere when we’re indoors.

Let’s do a comparison!  With fog and without fog! The temperature was 55 degrees at 7:00 AM with the fog.  I remember talking to some scientists who were studying the odder aspects of fog. They were mistified.

I took the iPhone outside to take the picture.  It’s was so cold and foggy outside that I kept making mistakes when I tried to send text messages.  I think that it’s the early stages of typothermia. 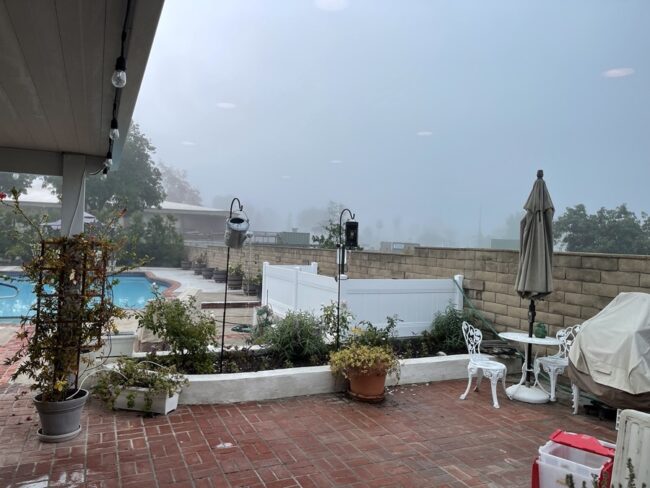 Yesterday with the fog warning in effect!

The temperature was 40 degrees at 7:00 AM with the fog gone and the thermal insulation removed! B-r-r-r-r-r; even Scout, The wonder Dog, went outside and did his business returning quickly to the house! 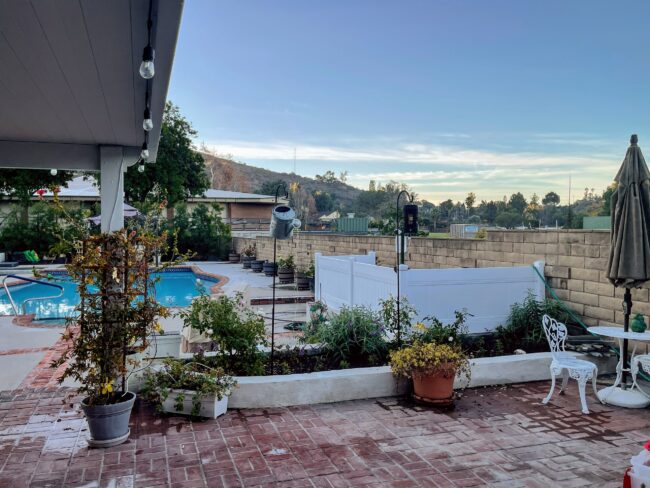 I checked out the irrigation system at 5:00 AM and it went on right on schedule watering five zones for 10 minutes each.  Today I will rewire it hiding and protecting the control cables after a quick visit to Home Depot.

Total control of all my watering needs!

I took off at 9:30 AM for HJome Depot to get some supplies and since it was cold, I put on my new tee-shirt1 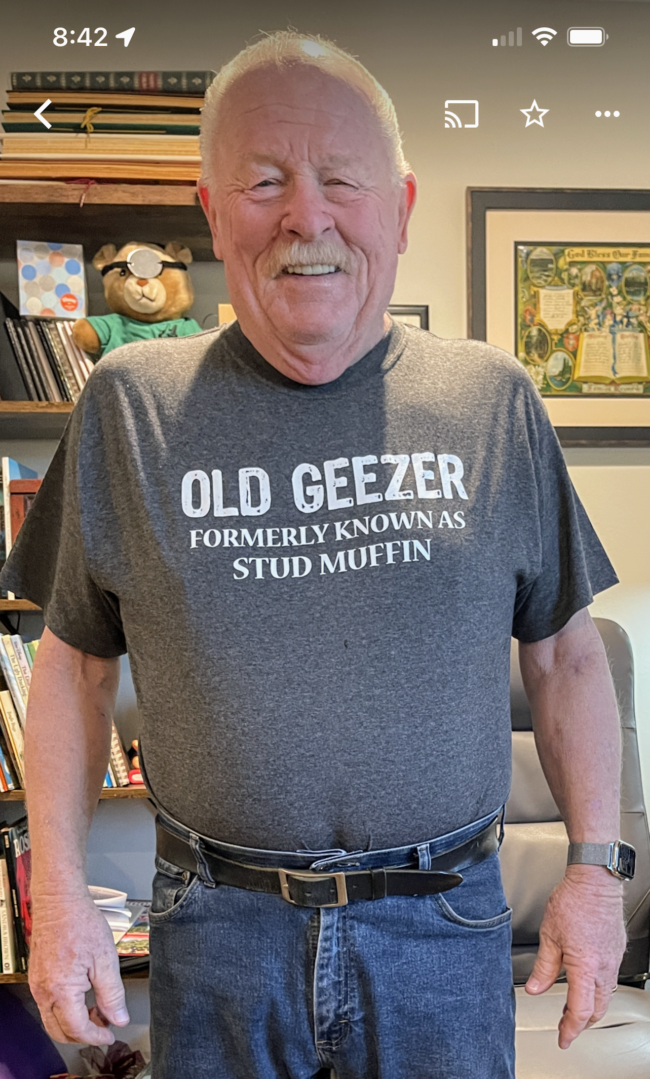 Courtesy of Jonathan; my oldest grandson!

After going outside and into the car, I returned and decided a sweatshirt was needed!  I was thinking, I hate people who use big words just to make themselves look perspicacious 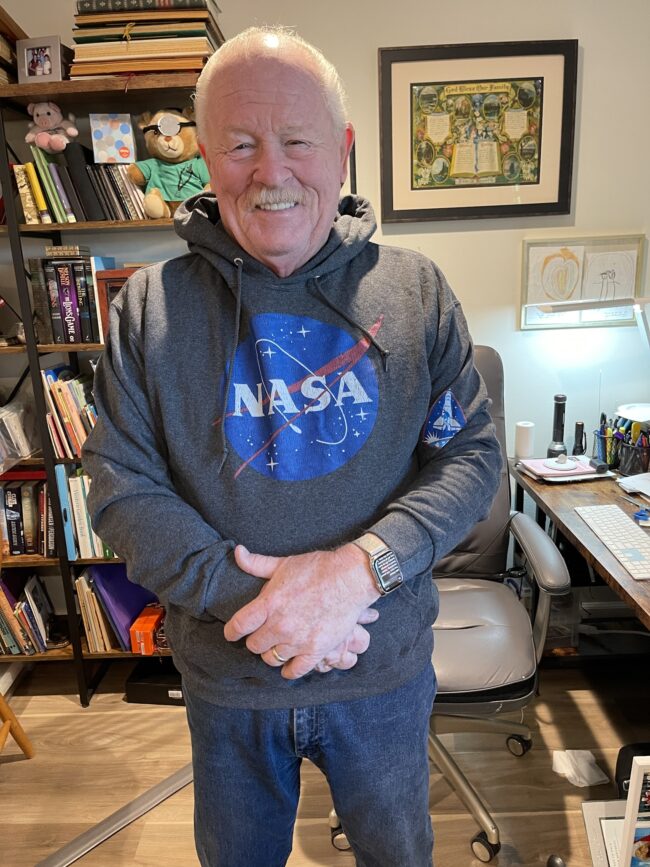 Courtesy of the Duda family! It was really warm! (I sent this photograph to a Lonely Hearts Club. They sent it back saying they weren’t that lonely.)

We had breakfast and then watched our televangelist before going to the south forty and working in the yard.  Mary planted cabbage hoping for another crop as we had at the old house last year. 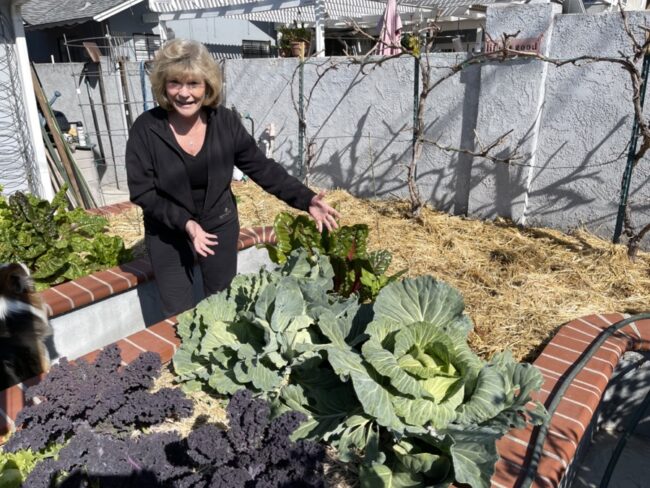 We have seventy days; we will report on the progress!

We worked in the yard for a couple of hours and we planted about 40 or more daffodils which we will be able to see from our family room window. 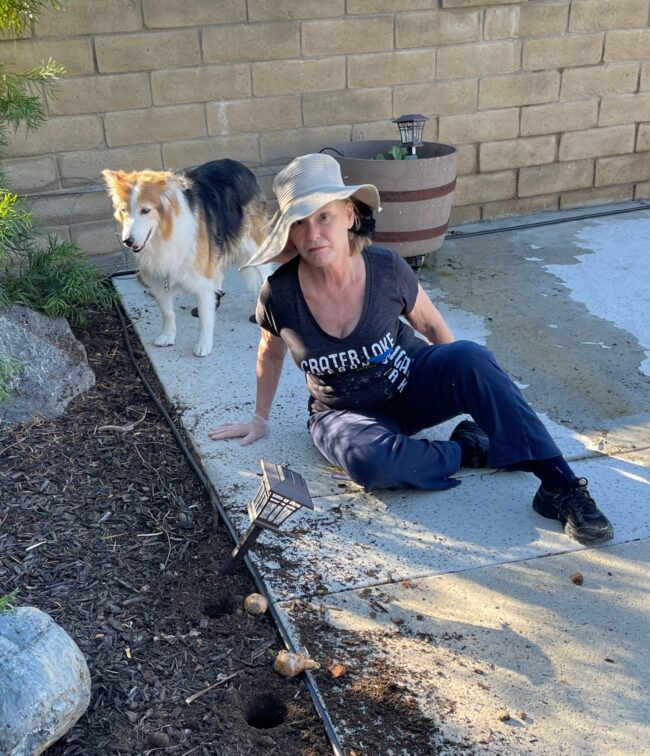 Daffodils were first used in gardens around 300 BC. The Greek botanist and philosopher Theophrastus listed and described Narcissus in his book ‘Enquiry Into Plants’. Romans also treasured the flower. The flower then faded for centuries until it re-emerged during the 1600s when the English gave them a place in the garden. It is thought when settlers came to America from Great Britain, they brought Daffodils as a reminder of their past lives to the New World. The bulbs were hardy and easy to transport during their ocean voyage, so a huge percentage of them survived and were planted across the eastern seaboard and Appalachia. 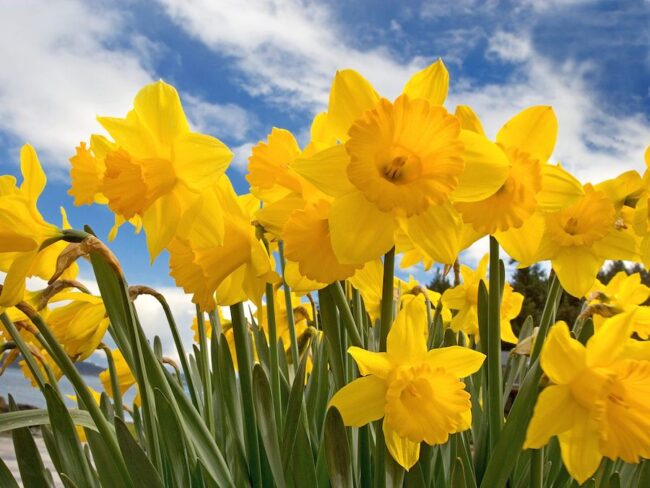 They are poisonous to dogs so we have to be careful.

We stopped working at 3:00 PM so we could clean up and make our “fly-bys” to Jan and Bill on our way to dancing in chino We brought them pasta with salmon and Jan got a box of Cape Cod Potato Chips, her favorite!  As we pulled out of our complex, the sun was amazingly bright. 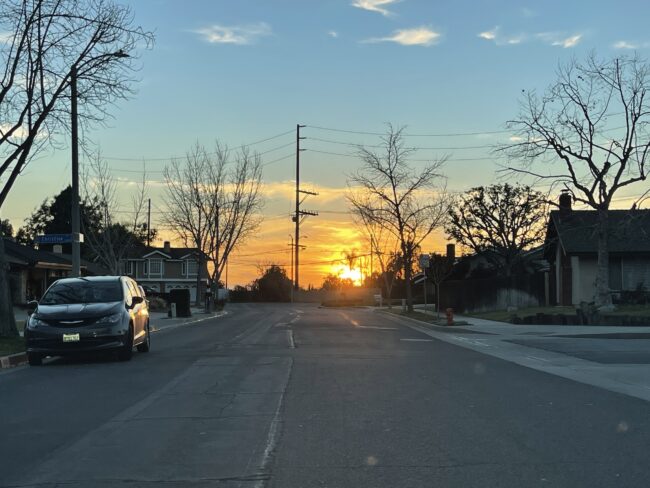 I was glad we were heading north instead of west!

Off to Chino to have dinner with Bob and Donna at PF Changs.  Then over to Studio-M, we went to visit Marcin and the gang.  We danced until 9:30 PM when we headed home.  It was Linda’s birthday so we had her sing.

After arriving home, we watered Scout and hit the sack.  Today has been busy and productive!

Just an old retired guy trying to finish out my last years on this planet. I lost my best friend and wife in early 2020. I was blessed again by reconnecting with Dr. Mary Côté, a long-time friend. Mary and I got married July 28th, 2021, and are enjoying life together and plan to spend the rest of our lives being a blessing to our friends and family.
View all posts by Paul →
This entry was posted in Dancing, Food and Wine, Working Around House. Bookmark the permalink.