Eighteen Holes And A Tea Party

We played 18 holes and did some happy hour before going to the local Tea Party Meeting.

Dr. John C. Eastman will be talking about the importance of our Vote on November 2nd.  John was the Dean and Donald P. Kennedy Chair in Law at Chapman University School of Law from June 2007 to January 2010.  He was on the Primary Ballot for California Attorney General in 2010.  As one of California’s foremost legal minds, he has argued cases at the nation’s highest courts on core principles of constitutional law, public safety, and freedom.  John believes the law exists to protect our basic freedoms.  We must stand firm for constitutional principles such as freedom of religion and speech, property rights, and the rule of law.  Join the party! 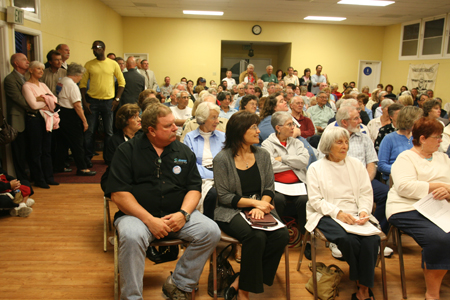 Just an old retired guy trying to finish out my last years on this planet loving my best friend and wife, having fun, learning, and passing on helpful things to others.
View all posts by Paul →
This entry was posted in Friends. Bookmark the permalink.
Powered by Maribol IMDB Plugin