Girl’s Night Out Is Today; Frivolity Will Prevail!

If you obey all the rules, you miss all the fun.

The wind blew all night long but finally settled down around 8:30 AM.  We needed to walk the baby, so we bundled up and headed out for our one-mile walk.  The minute we reached for the harness, Scout went bonkers; he loves his morning walk!

The sun was bright, so I went to the car to get the dark glasses, and when I bent over to get them, Scout jumped in the driver’s seat and asked for the keys! 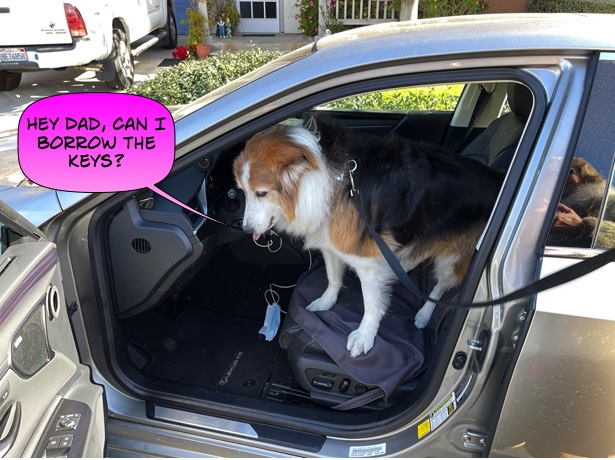 We should have taken him to the DMV also!

We began decorating the St. Patrick’s tree, and at 11:00 AM, we headed for the Santa Ana Elks for lunch with Bob.  Bill and Mike were AWOL today. 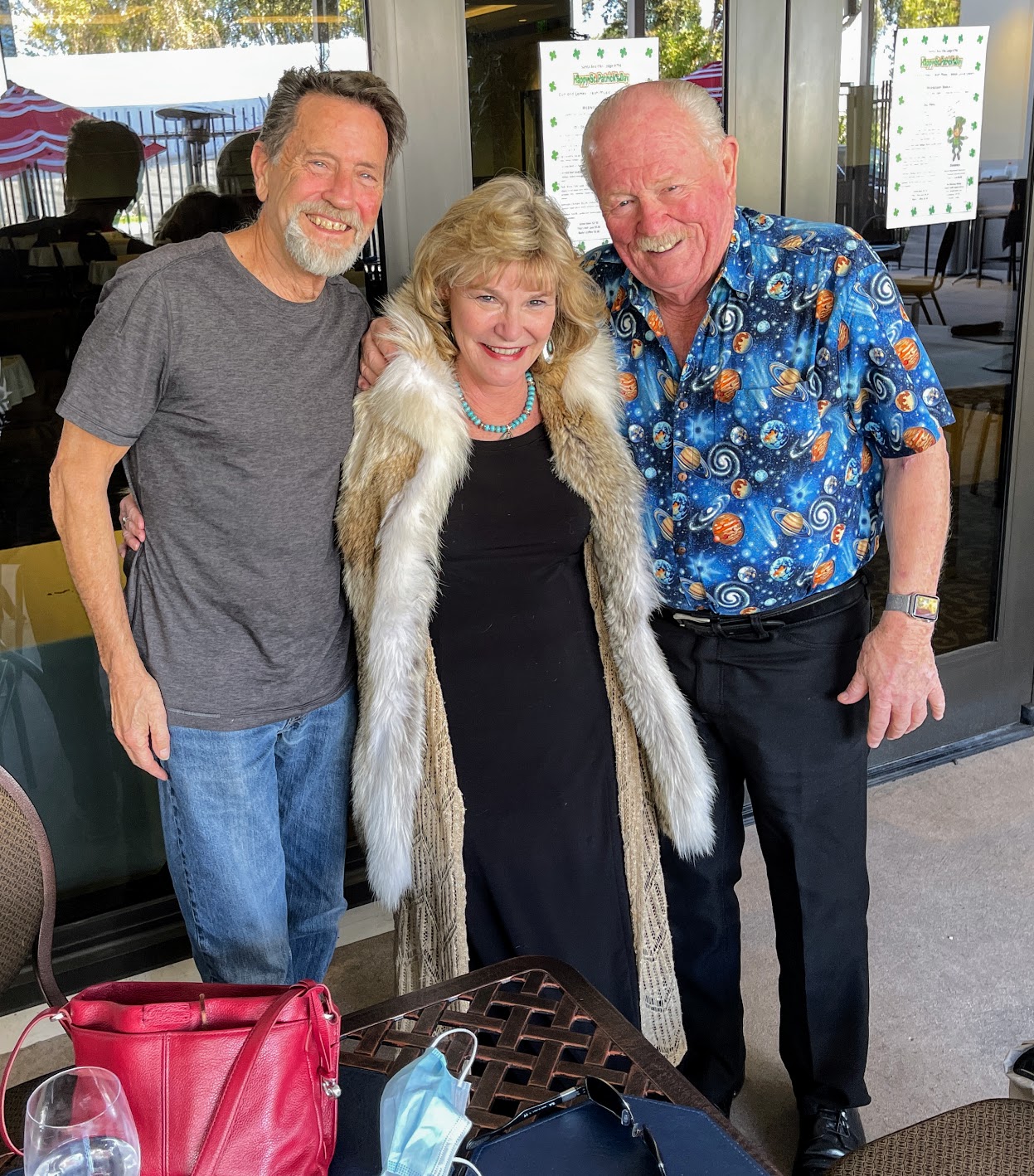 We also had luck… Some honest Elks returned my second pair of sunglasses.  I left them at the lodge on Tuesday night. 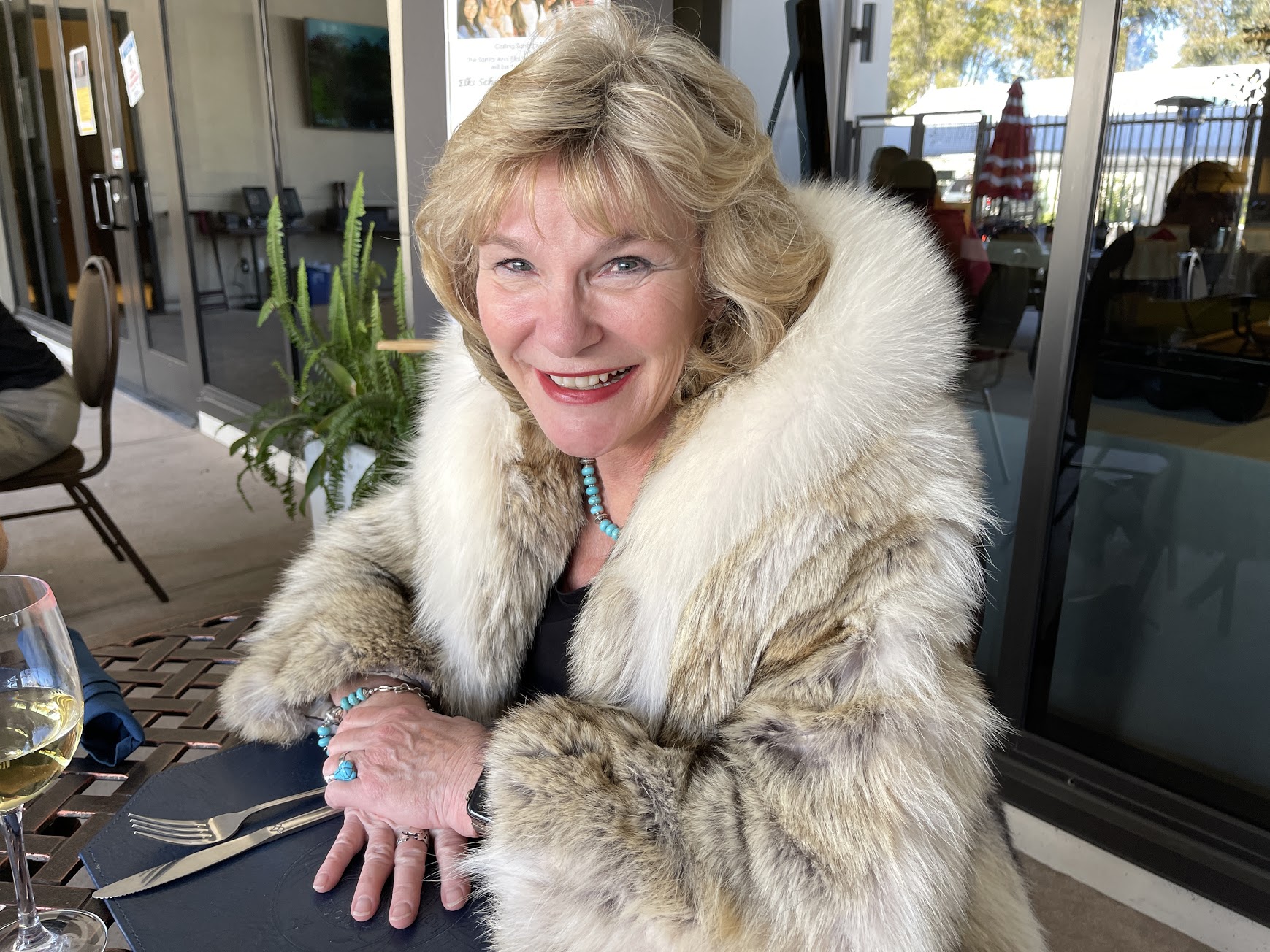 After lunch, we went to Albertson’s and got ten pounds of corned beef for St. Patrick’s Day.  We are going to cook one ahead of time and see how it goes.  Mary is doing the honors and picking the cabbage from my garden, and she had her eye on one beauty; it just has to last two more weeks! 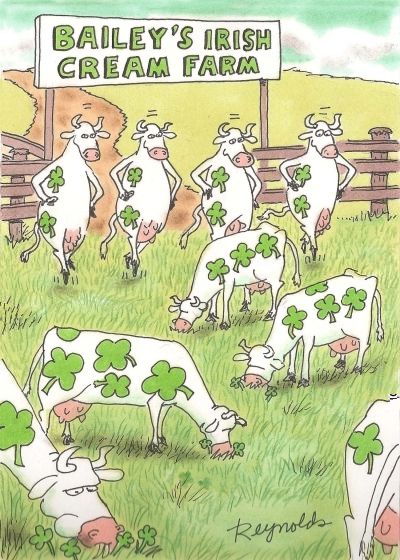 We needed Irish Butter and of course Soda Bread!

Of course, I had to ask Dr. Mary, “What do you get when you cross poison ivy with a four-leaf clover?” thinking I got her this time.  Hope, she immediately responded, “A rash of good luck.”

OK, one more… she can’t be that clever.  So, Mary, “Why don’t you iron 4-Leaf clovers?”  This time she had to think!  I could tell, smoke was coming from her ears, and her eyes turned red. Then she responded with, “Because you don’t want to press your luck.”   OK, I give! She gets five stars!

Mary had an appointment with her bookkeeper at her house, so I departed about 5:00 PM and went to the Rib Trader and found Jim; alcohol was consumed, but only one glass. 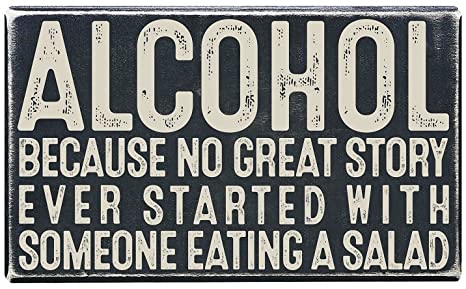 Jim and I swapped stories!

I used to drink all brands of beer. Now, I am older Budweiser!

Jim was not too busy so we got a chance to talk and we discussed his new Alexa device.   I did have to ask him, “What’s the difference between deer nuts and beer nuts?”  He gave up so I answered the question for him, ” Beer nuts are $1.75, but deer nuts are under a buck.”

Then Mary called, and I headed back home. Good thing, I thought I was about to be thrown out of the bar.

When we got home, we fed Scout again as he was losing a little weight.  I overheard him talking to his friend…

Dinner was terrific; we had left-over, and then Mary made Portuguese Sponge Cake (Pão de Ló – A Historical Cake from the 15th Century) from the Cooks Magazine.  It was terrific!

Did You Know? Maybe the best-known cake in Portugal, this cake dates back to the 15th Century. It was made in Nunneries and, as with all Portuguese cakes, was very rich in eggs.

The recipe of Pão de Ló was taken to Japan in the XVI th Century by the first Portuguese sailors. Because at the time, it was also called Pão de Castela, the Japanese adopted the recipe and called it Kasutera, one of the most typical cakes in Japan.

It is similar to the sponge cake but from the fact that it was traditionally baked in a wood oven in clay pots. The oven bread would be closed and the door sealed with fresh horse manure that would then dry and act as a sealer.

Mary made it, and it appears easy, but she makes all cooking seem easy!  I am indeed lucky! 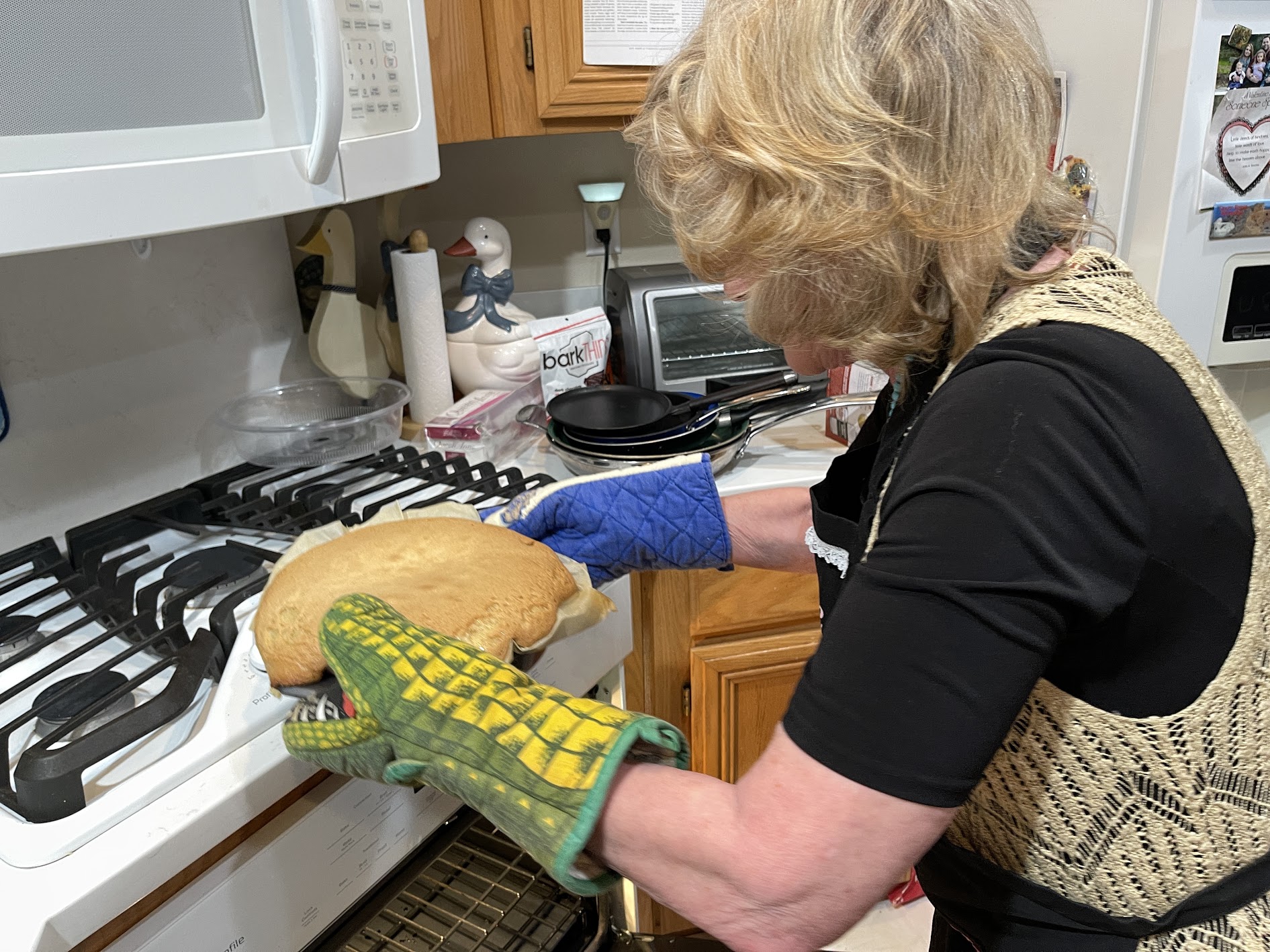 Coming out of the oven.

It was quite puffy when we took it out of the oven, but it needed to rest for at least a half-hour. 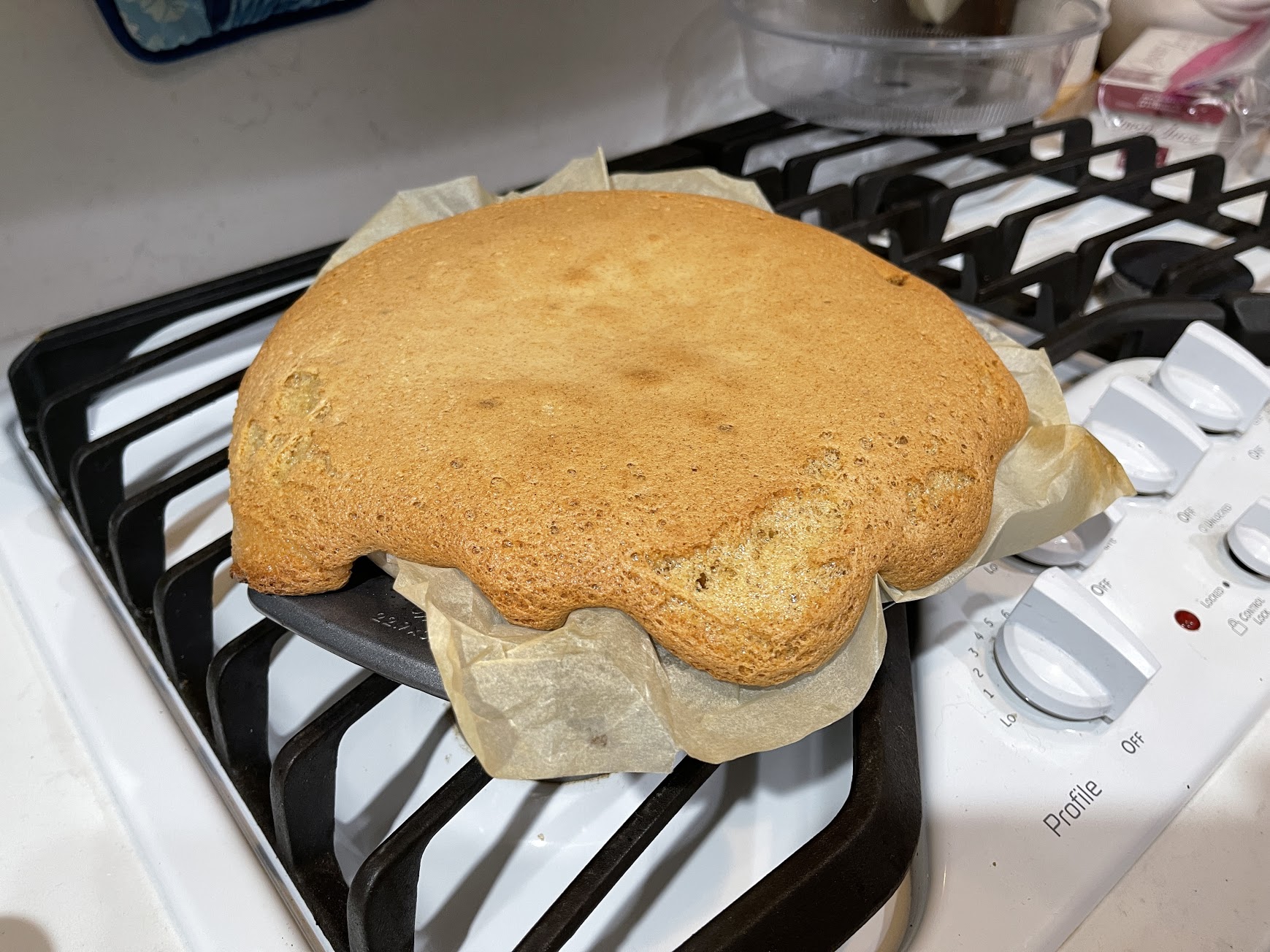 It was quite puffy!

Yeah!  The cake fell; time to dive into it! 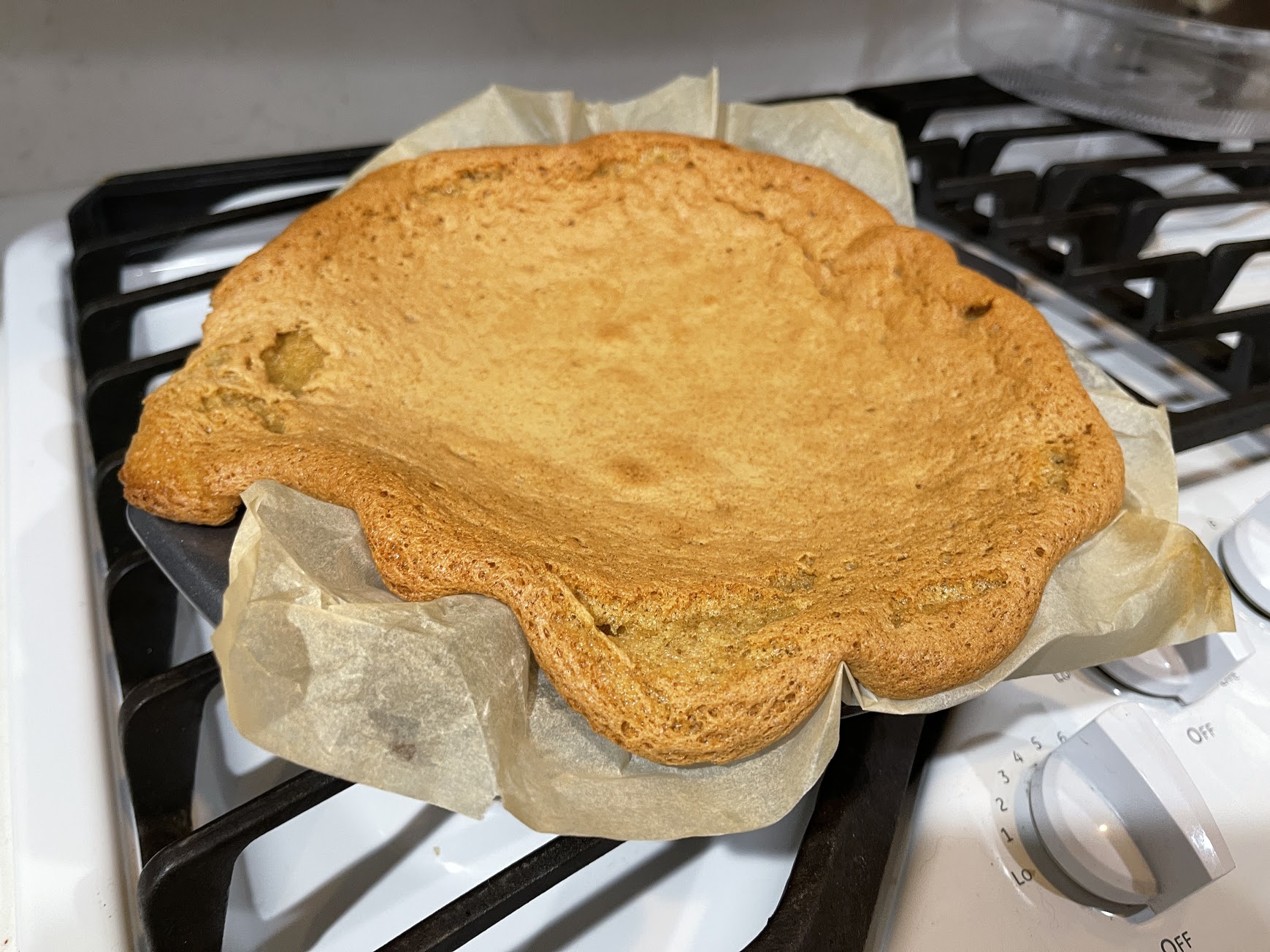 I cools and collapses; on purpose!

It was super good.  We had it for a well-deserved dessert.

We watched Two And A Half Men and then crashed, a habit we must stop.  I go home and hit the sack at 8:30 PM, and by 2:00 AM, I am up and ready to go.  Mary said she does the same! We will have to stay up later on noon0work nights.

Just an old retired guy trying to finish out my last years on this planet loving my best friend and wife, having fun, learning, and passing on helpful things to others.
View all posts by Paul →
This entry was posted in Dining Out, Friends, Working Around House. Bookmark the permalink.
Powered by Maribol IMDB Plugin