I’m great at multitasking. I can waste time, be unproductive, and procrastinate all at once.

I woke up this morning full of wee-wee and vinegar (an old saying Mom used to tell me).  Mary had to work today, and she called saying she will be working late.  So, I made a small breakfast for myself using my culinary skills that I am slowly acquiring.

I had to use the bacon by the end of the week, so I fixed four pieces.  Yes, one dismissing as I made it a sample to make sure it was OK, it was! I fried up the bacon leaving plenty of nice hot grease in the skillet, and then, without missing a beat, I cracked all three eggs at once, tossed them into the air, and caught them with the pan nary spilling a drop.  It was poetry in motion.

Eggs are not only high in protein; they also contain many vitamins, minerals, and antioxidants. So, bacon and eggs really can be a healthy breakfast option if eaten in moderation.  Moderation, what a curious word! 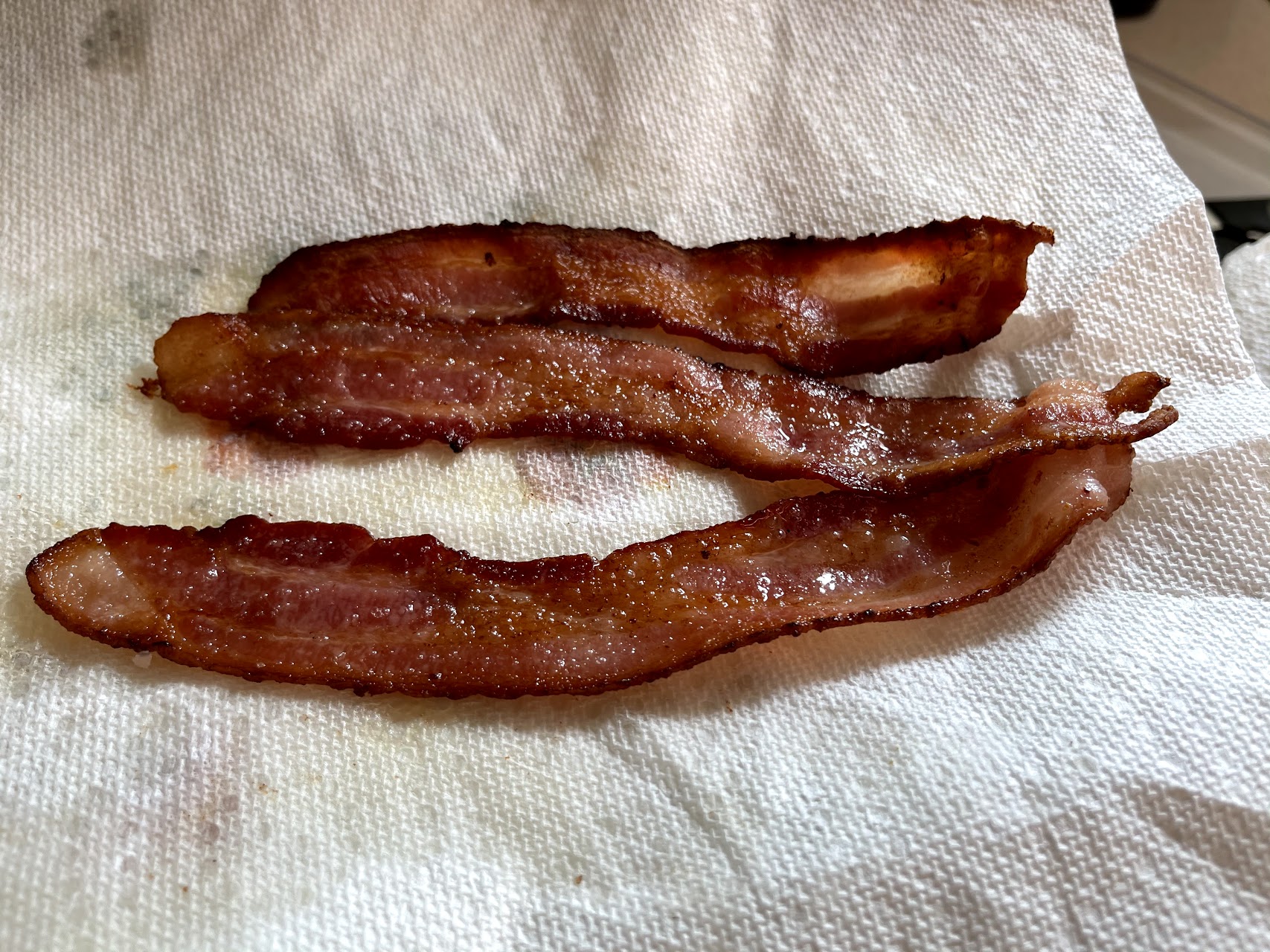 I love my bacon.

I only use rooster eggs, but it is very hard on the roosters!  You can tell when a rooster lays an egg; they walk funny for a couple of days! 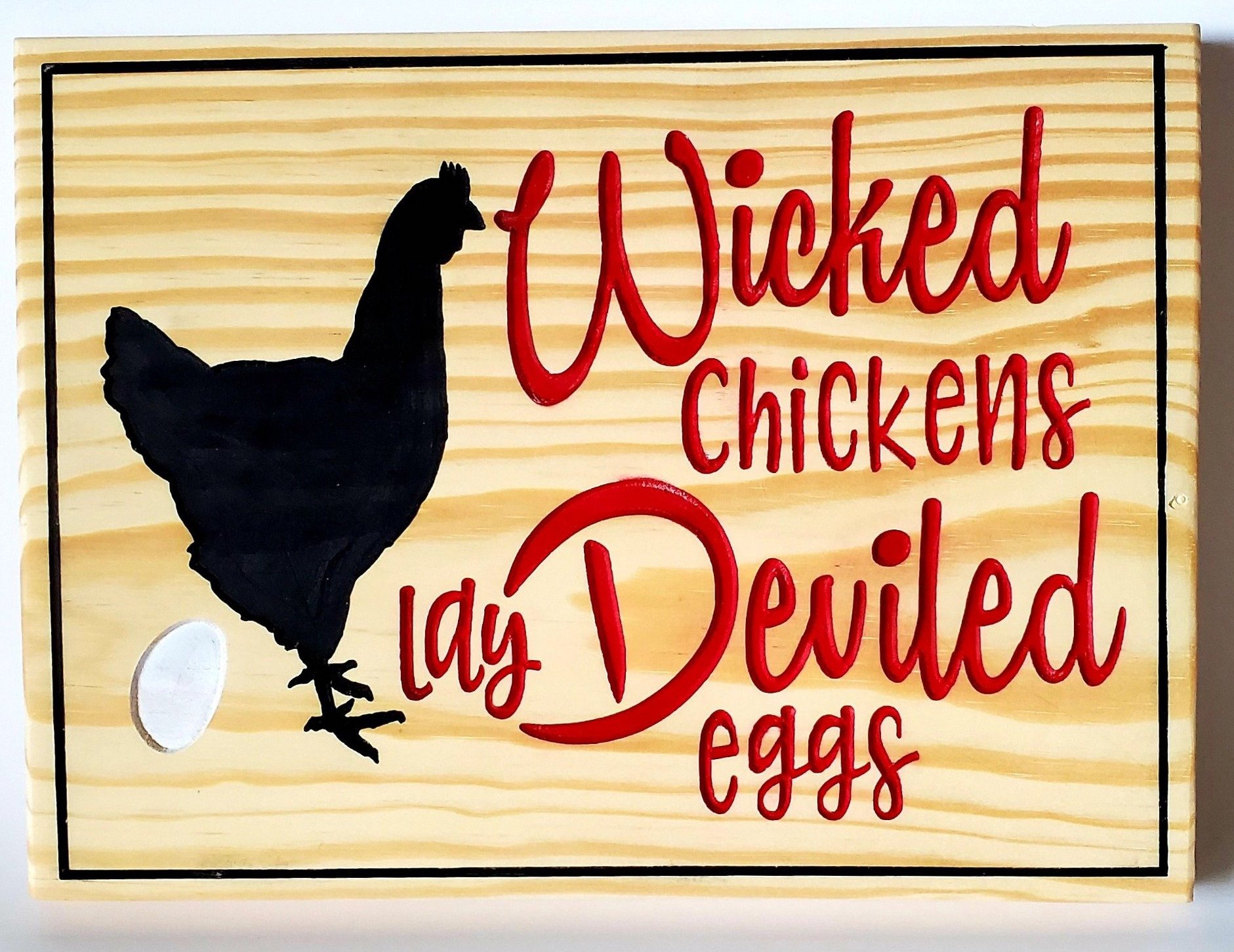 I think this is true!! 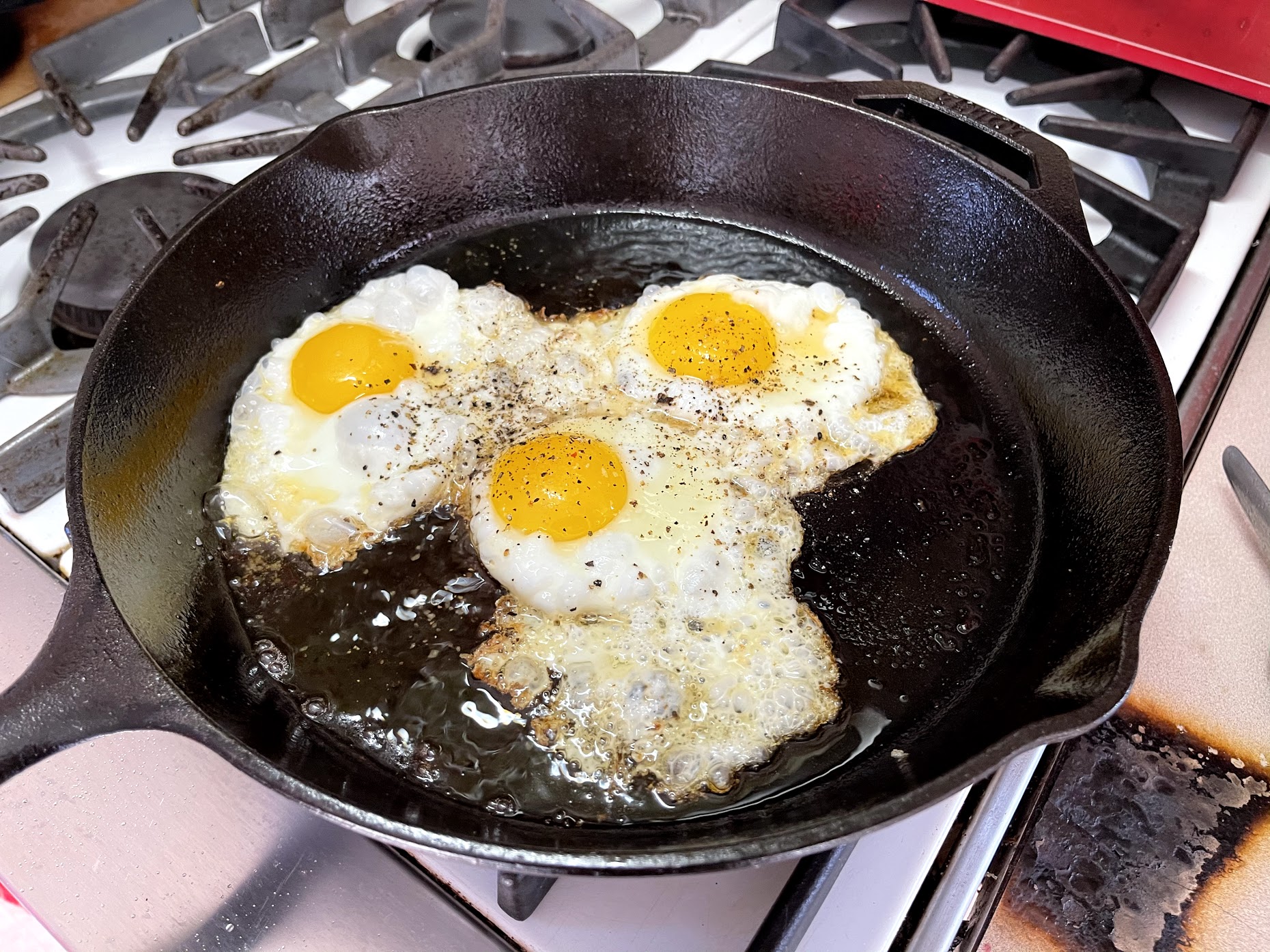 I tried to make a pretty presentation, but alas, I am lucky to get it cooked and on the plate! My eggs were fried country style, in a bunch of bacon grease. Sizzle sizzle; yum yum! 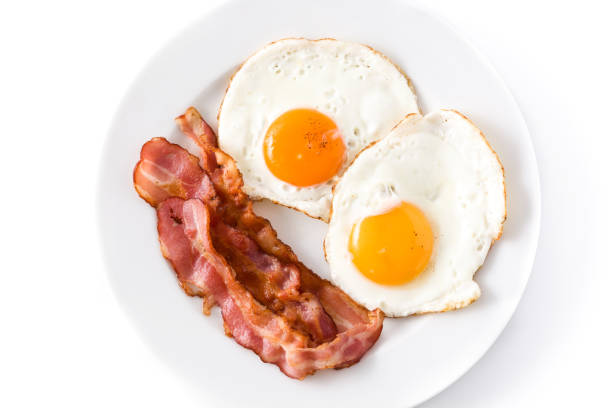 Fried eggs and bacon for breakfast.

The bacon and eggs got my engine running, and I was ready to take a big job… Putting away Christmas!

I headed for Lowe’s first as the boxes I had Christmas in were at least twenty years old, and they were getting brittle and cracking.  I loaded the back of the van with ten boxes to get started.

I packed and searched and packed and wrapped until I was dead tired.  I did make good use of the time as I bought an audiobook of “Plum Island,” which I have been trying to read for a month.  I played it in the background as I worked.

So from 9:30 Am until almost 4:30 PM, I packed and took an occasional stop to do my laundry and work on my website, changing the front page to Valentine’s Day instead of Christmas. 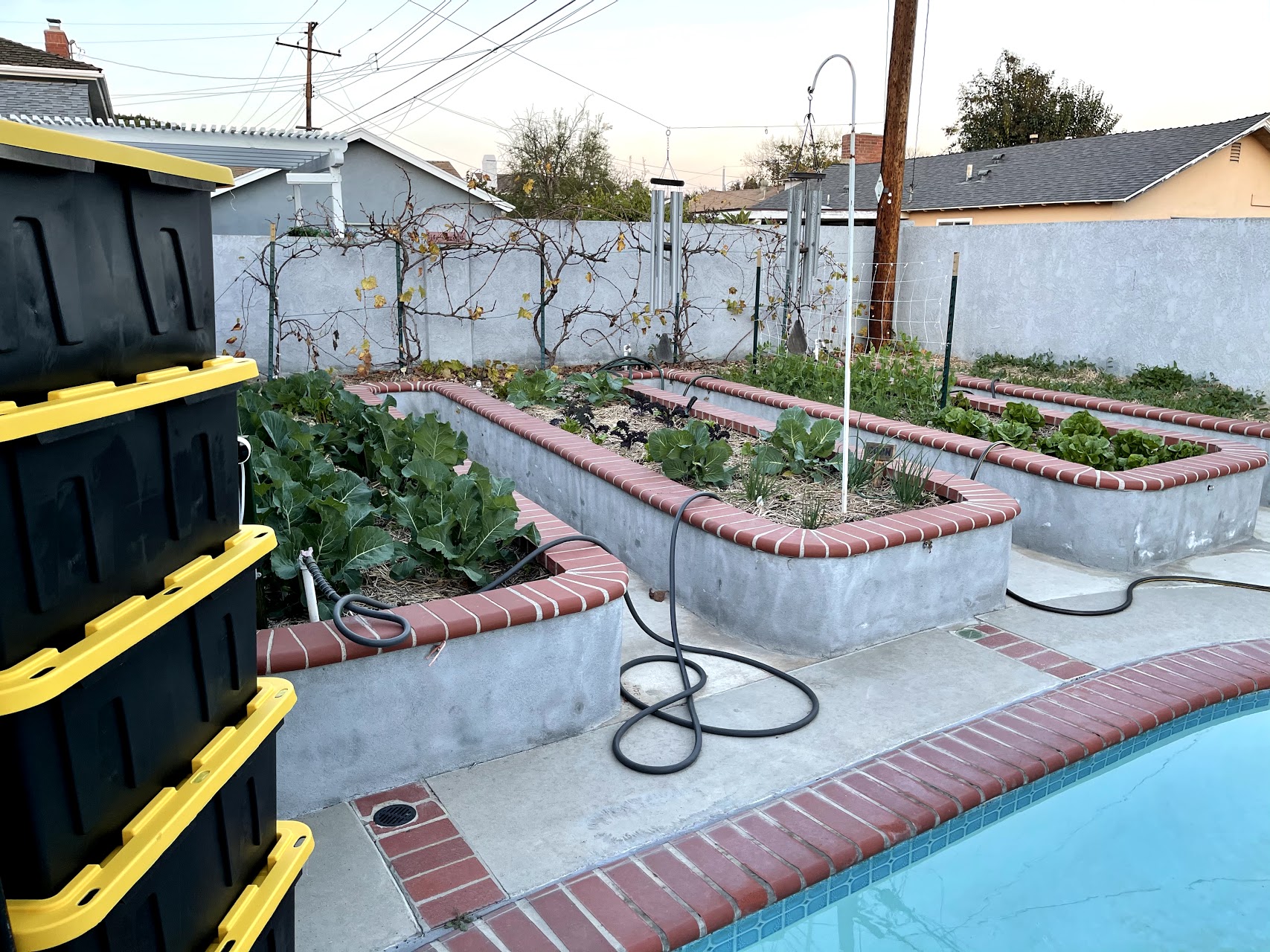 I had a chance to work in the garden a bit.

These containers should last as long as I will last since they are used just once a year?? 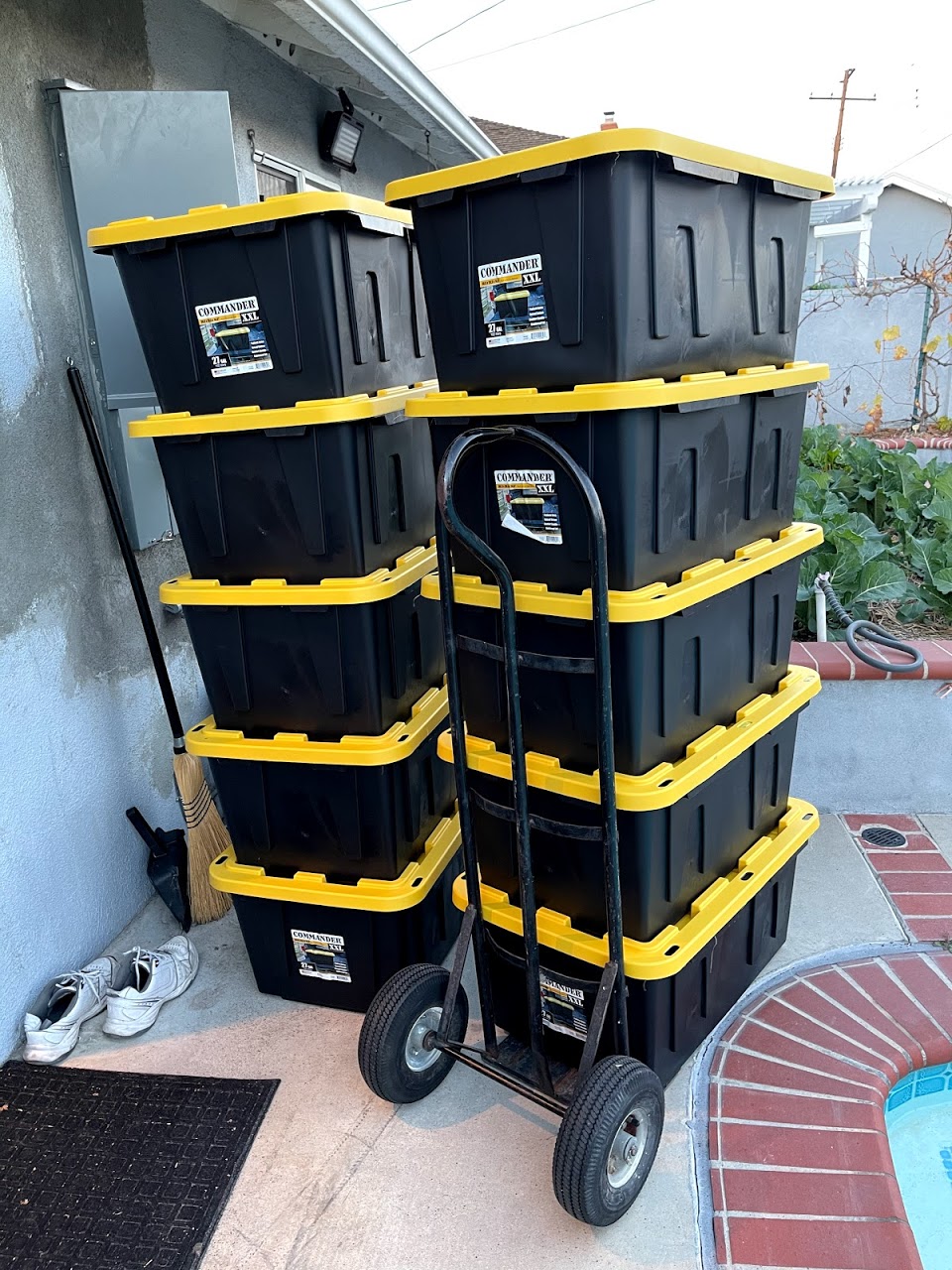 Ten boxes and five more will hold the contents of the house.

I love the audiobooks as they are on the iPhone, and I can listen to them anytime I want. 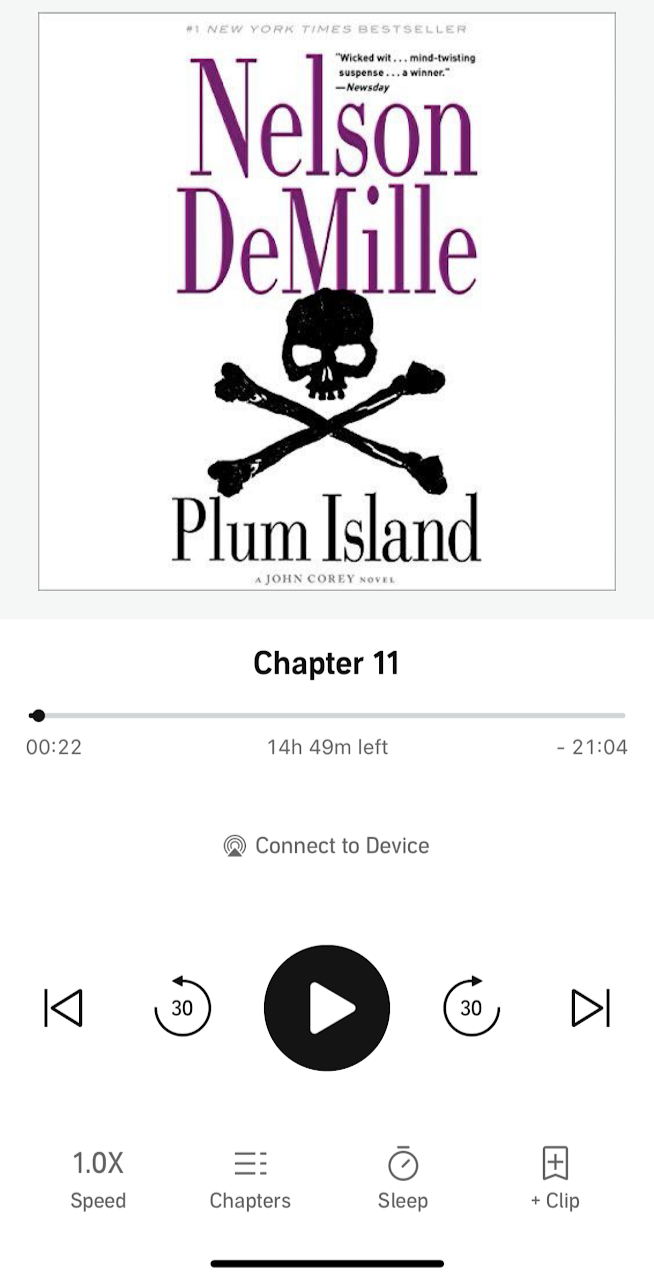 Mary called about 5:00 PM and was heading to her home.  I said I would meet her there after taking a shower and cleaning up; I was a mess after putting up Christmas all day!  I stopped at the market and got a nine bottle of wine to celebrate tomorrow being her first official day of retirement from the VA.  She also got some flowers, Robina, I believe. 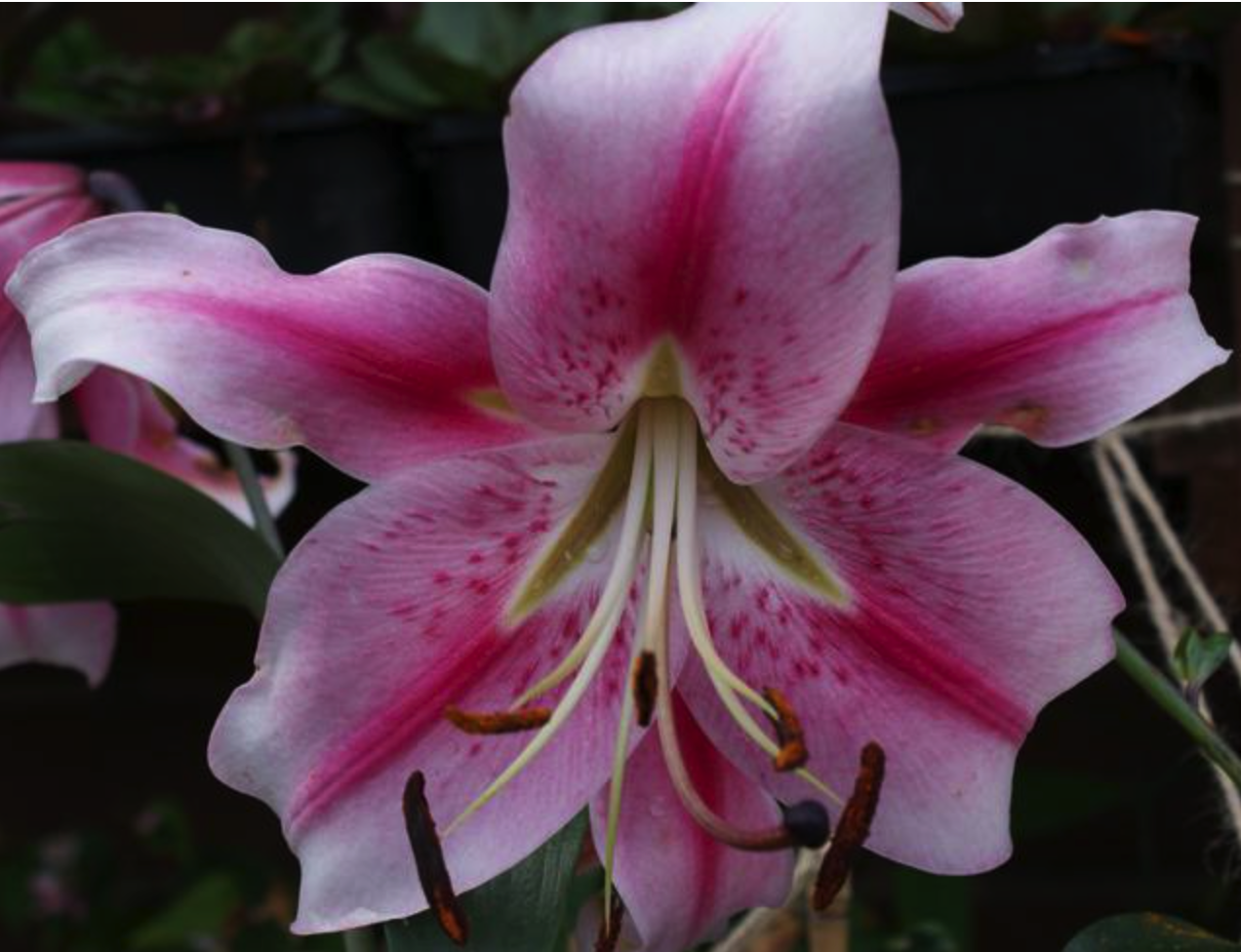 Almost as pretty as Miss Mary

We watched Two And A Half Men while having a beautiful dinner prepared by Miss Mart from our overabundance of left-overs.  We called Robin, Lisa, and Zachary on the Bat Phone and chatted with them.

We then watched a movie before it was time to crash.  Mary headed upstairs, and I headed for the car for tomorrow, we must celebrate her first day of retirement.  I may ask her over to help me with the rest of Christmas?