I just found out I’m colorblind. The diagnosis came completely out of the purple.

I was up early and did some wash and then realized it was Diane’s birthday, so I placed a call, and we talked for quite a while.  Diane has been very helpful in getting me returned to “normal” after Sue’s passing.  She helped me realize that I had indeed been mourning for a long time as Sue’s health declined.  I will always be thankful for her clear thoughts and helpful counseling as I moved forward in my life.  Thank you, Diane! 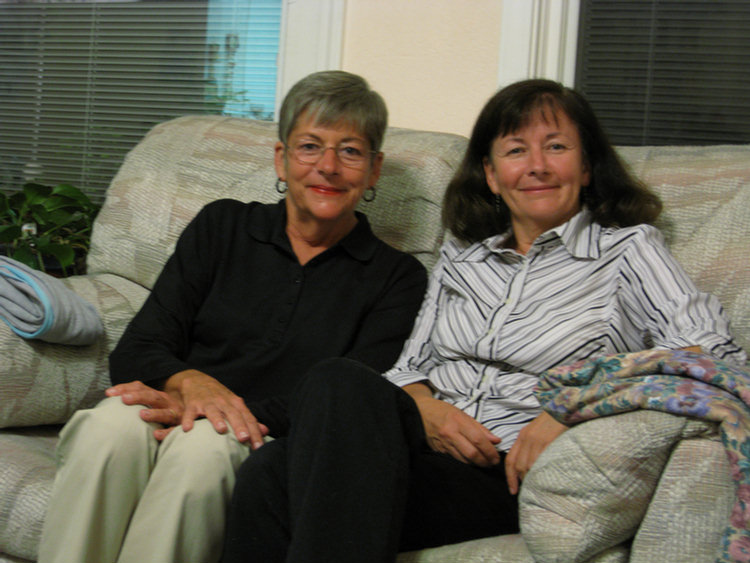 Sue and Diane, a few years back!

I had to get up “early” as I had an appointment with Dr. Newman, my Dermatologist!  He just turned eighty years old and is such a great doctor and wonderful caring man.  I admire him.  He gave me the good news that the biopsies were clear, but he did take two more scrapings and then proceeded to dot me with liquid nitrogen spurts!

A few days ago, I was standing up and quickly turned around while NOT letting my left shoe move.  Snap, crackle, pop — something bad happened.  I figured a few days of taking it easy, and all would be well.  At my age, I should have known better.

Mary suggested ice packs, but I thought I had a better idea.

So this morning, I called the doctor’s office and got an 11:20 AM appointment.   She asked which one was hurting, so, being a thoughtful person, I marked them for her. 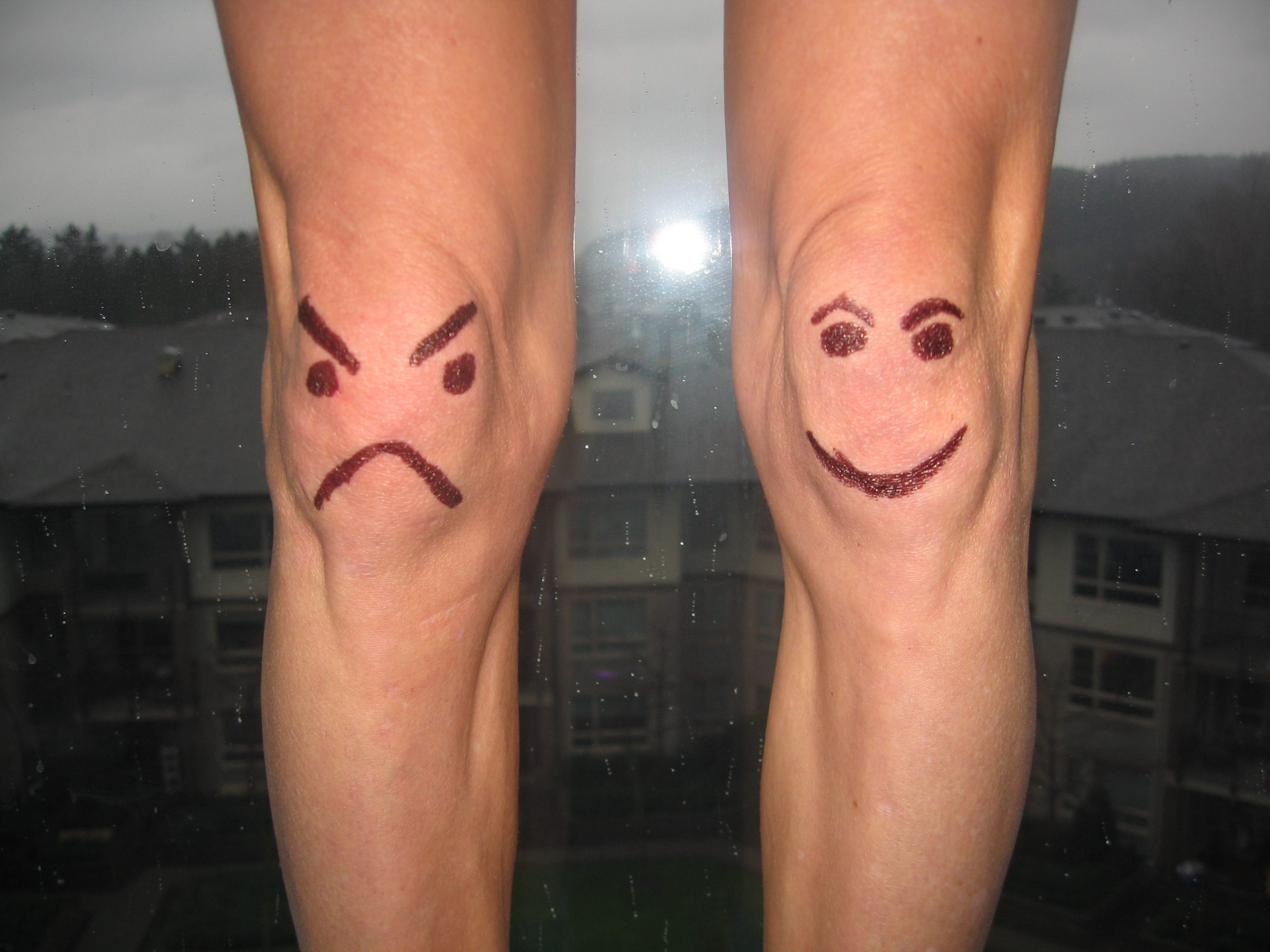 The doc took one look at me and how I was walking and suggested I call the Neptune Society soon.  She asked how lone have I had one leg shorter than the other?  Now I am getting worried.

When she touched my knee, I knew it was love at first sight.  Yes, I’d love to strangle her.  Actually, she did a great job of explaining it was due to old age.  Of course, I asked how to fix that, and she offered one solution, “Do not have any more birthdays!”

I got two prescriptions, which I thought was very good.  The first prescription was for reducing pain, and that was two half-gallons on Gentlemen Jack.  The second was a topical salve that reduces inflammation, and it came with a box of leeches!

I felt like I was on the road to a cure, then I stepped off the exam table and rethought by previous thought.  It is OK for a grown man to cry, right?  How about yell?  How about fall to the floor in agony?

I hobbled back to the car, turned on the radio, and headed down the street.  The radio was full of political junk; these guys are all crooked!

Can’t believe a thing they say!

It was noon, and I needed to go to the market, so I hobbled over to the car and zipped down to Ralph’s. I used the cart for support and must have looked like a drunk hanging on for dear life.  I filled the cart with must-have’s and a few didn’t-needs and returned home.

It was time for the prescriptions to be ready, so I washed out my best crystal glass to prepare for the pain killer. Yummy.

In the afternoon, I worked on the Halloween website that I have been maintaining since forever.   I got the pages ready to go, but I still need Miss Mary’s photos, which I will do over the weekend. 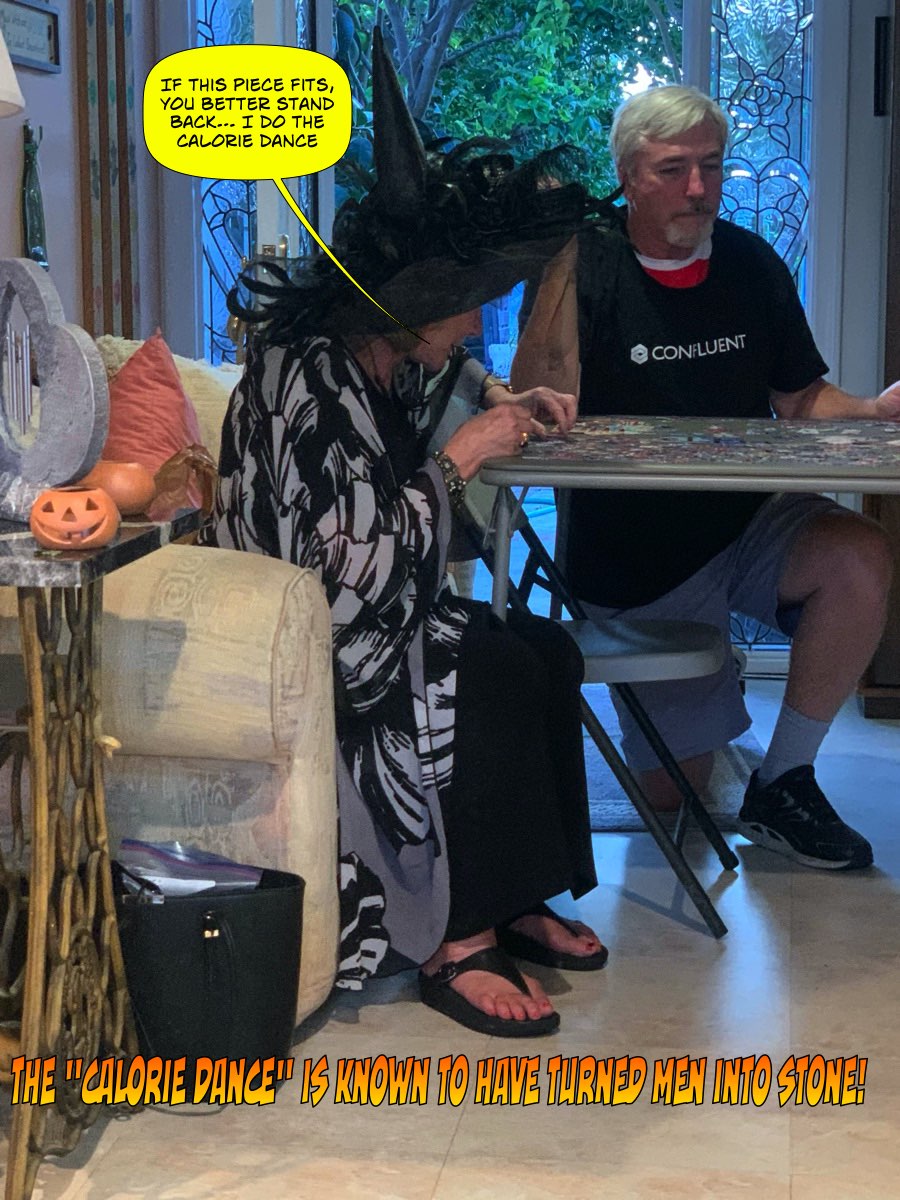 It was almost 5:00 PM, and I was invited to Mary’s for dinner, so I put into the car the salmon and spinach goodies from Saturday’s event at the Himalayan Grill and headed east toward the darkness.

Before I hit the freeway, I stopped at CVS and got the real prescriptions and picked up a couple of prints I had made from this weekend.  I ordered Chili Chicken Tika, heat level 10, and the iron plate used to serve the concoction sent fumes 5,500 feet into the air.  Airplane traffic had to be rerouted above the restaurant. 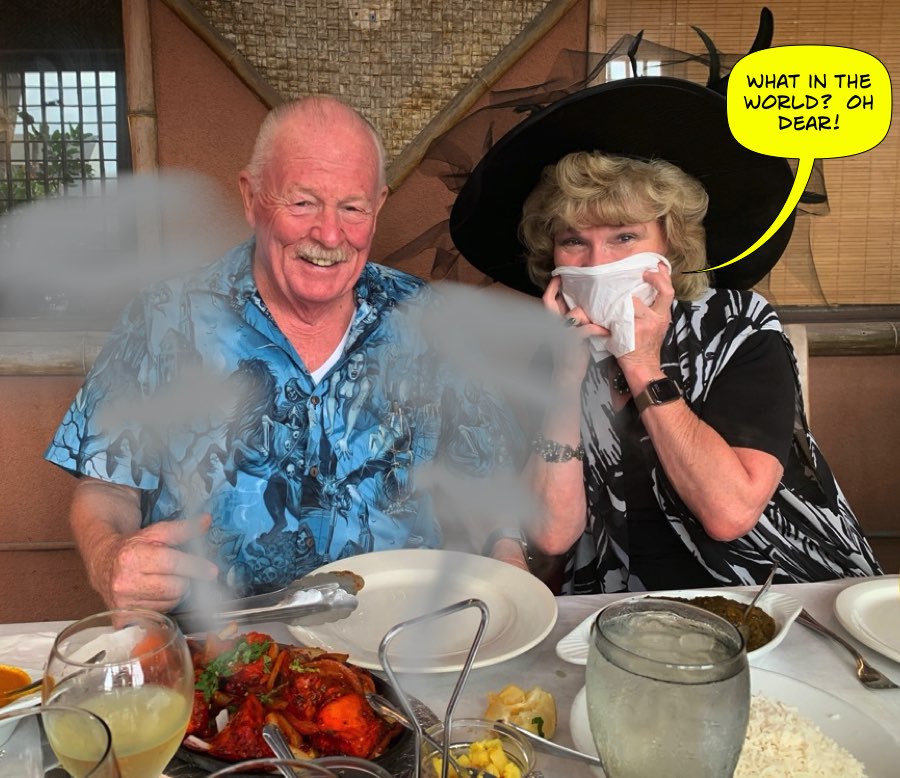 The noxious fumes were overpowering!

I got to Mary’s about 5:35 PM, and we proceeded to make dinner after watching a little bit of TV.  We watched “Two Men and a Boy ” and howled for the next thirty minutes during dinner.

It got to be curfew time as Miss Mary is working tomorrow.  I had to ask her about Halloween.

Note to self: Hide the bathroom scales!

I headed westward in the Silver Fox by 9:30 PM and quickly did some chores before hitting the sack.

Just an old retired guy trying to finish out my last years on this planet. I lost my best friend and wife in early 2020. I am involved seriously with a long-time friend, Mary, and life goes on.
View all posts by Paul →
This entry was posted in Cooking, Doctor, Food and Wine. Bookmark the permalink.