Another misconception is that if we truly loved someone, we will never finish with our grief as if continued sorrow is a testimonial to our love. But true love does not need grief to support its truth. Love can last in a healthy and meaningful way once our grief is dispelled. We can honor our dead more by the quality of our continued living than by our continually remembering the past. – Judy Tatelbaum, The Courage to Grieve

We knew dearest Kathy was incurably sick, and we all were prepared for what was coming, but Sue’s loss was a surprise as we all expected her to perform another miracle recovery like she always did in the past.  It was not to be this time.  Sometimes twenty-five weeks seem like yesterday and then minutes later it is like years, emotions are powerful things.

It will be my lifelong goal to be like her, and it is not easy to reach that level, but I shall try.  I love you, dearest Sue.  You two girls keep an eye on Ed and me; Lord knows we need help! 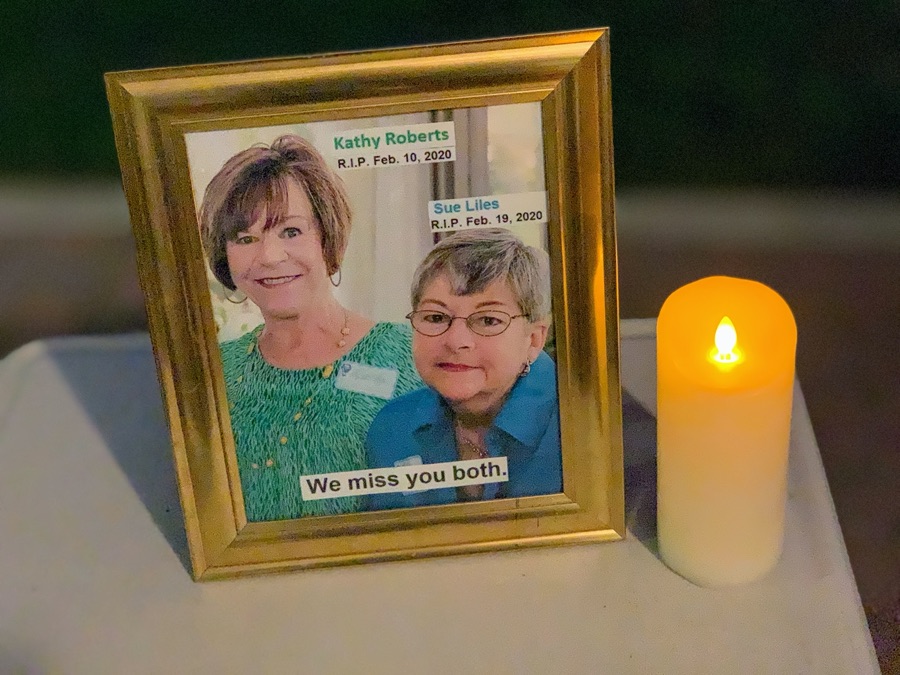 Ed and I lost the loves of our lives nine days apart.

Wednesday was busy as the first thing was to call my youngest and check in with her. Emerson had just arrived, took one look at the Alexa Show, and went berserk!  I did not realize how frightening I was! 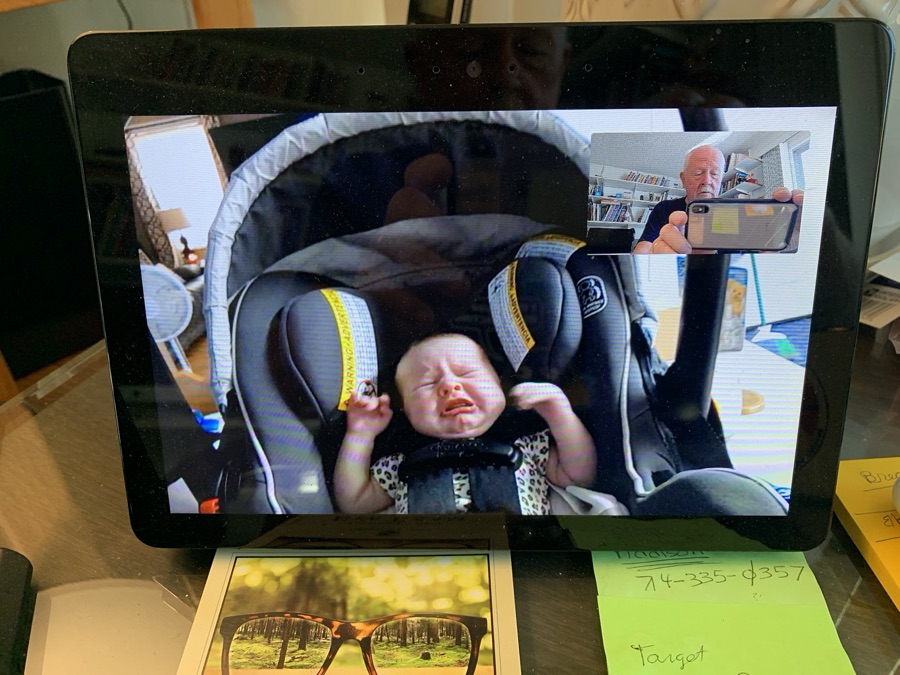 Who is that strange man on the Bat Phone?

After she settled down and decided the image was NOT the Creature From The Black Lagoon, she started to warm up a bit. 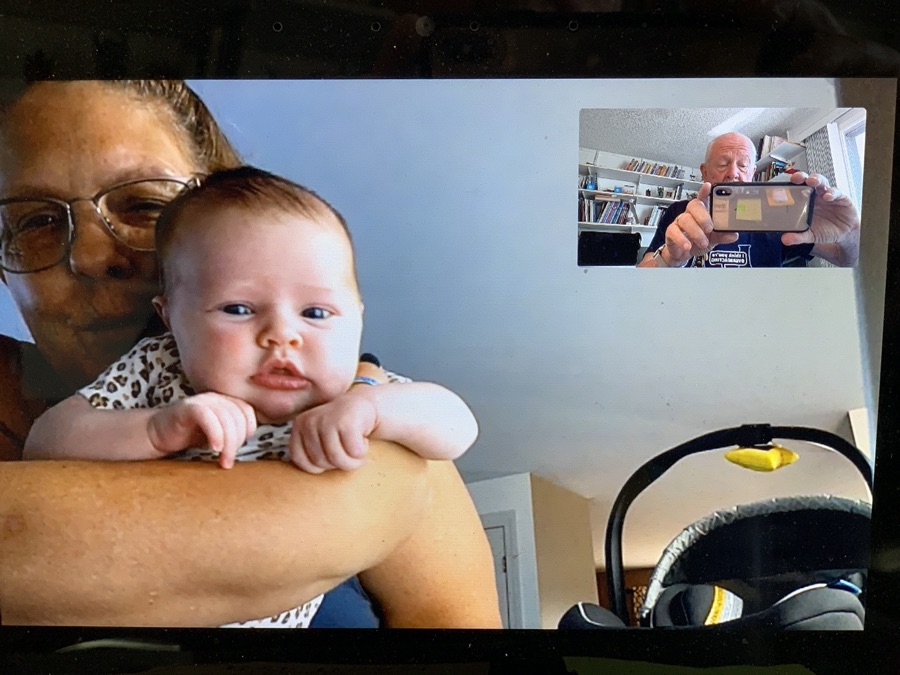 Emerson gets to say hello to the Bat Phone.

After the Bat Phone call, the blamed zipper got stuck.  I almost had to wear this to MAry’s house! 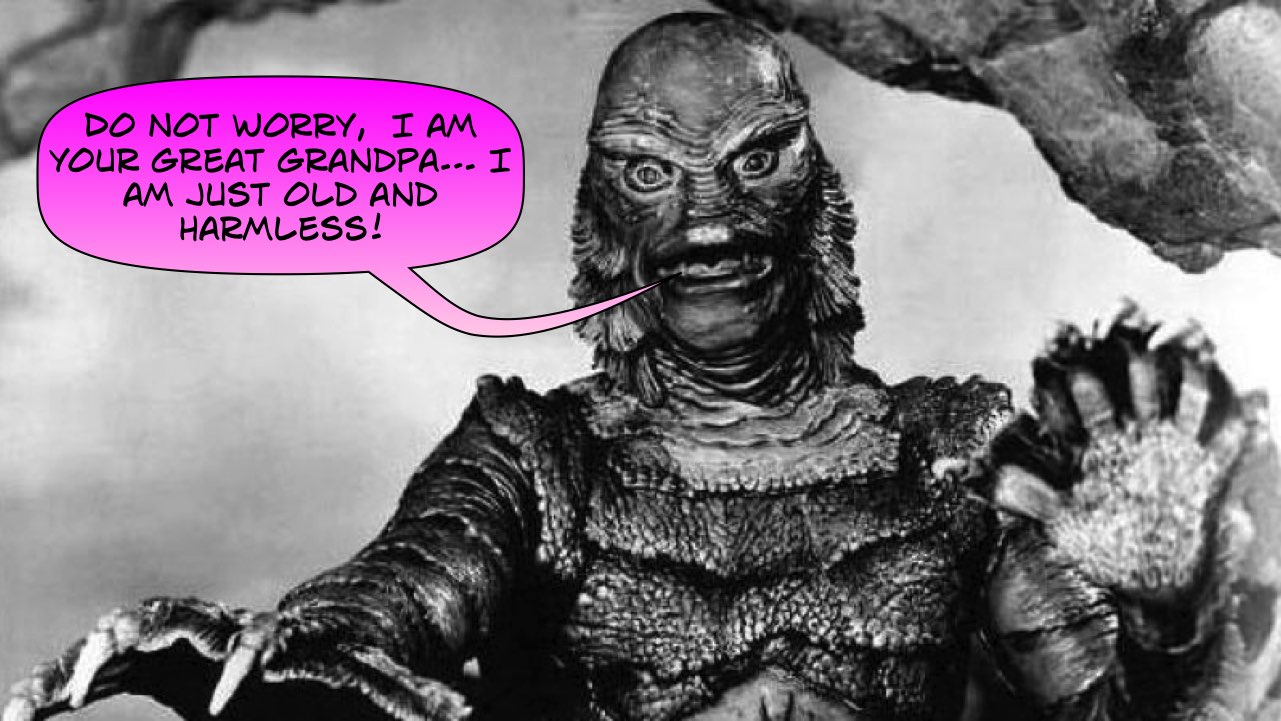 Did You Know? Creature from the Black Lagoon is a 1954 American black-and-white 3D monster horror film from Universal-International, produced by William Alland, directed by Jack Arnold, and starring Richard Carlson, Julie Adams, Richard Denning, Antonio Moreno, Nestor Paiva, and Whit Bissell. The Creature was played by Ben Chapman on land and by Ricou Browning underwater. The film premiered in Detroit on February 12 and was released on a regional basis, opening on various dates.

Creature from the Black Lagoon was filmed in three dimensions (3D) and initially projected by the polarized light method. The audience wore viewers with gray polarizing filters, similar to the viewers most commonly used today. Because the brief 1950s 3D film fad had peaked in mid-1953 and was fading fast in early 1954, many audiences saw the film “flat,” in two dimensions (2D). Typically, the film was shown in 3D in large downtown theaters and flat in smaller neighborhood theaters.

Time for the morning walk, and this time I sent my “flight-path” to Colleen. 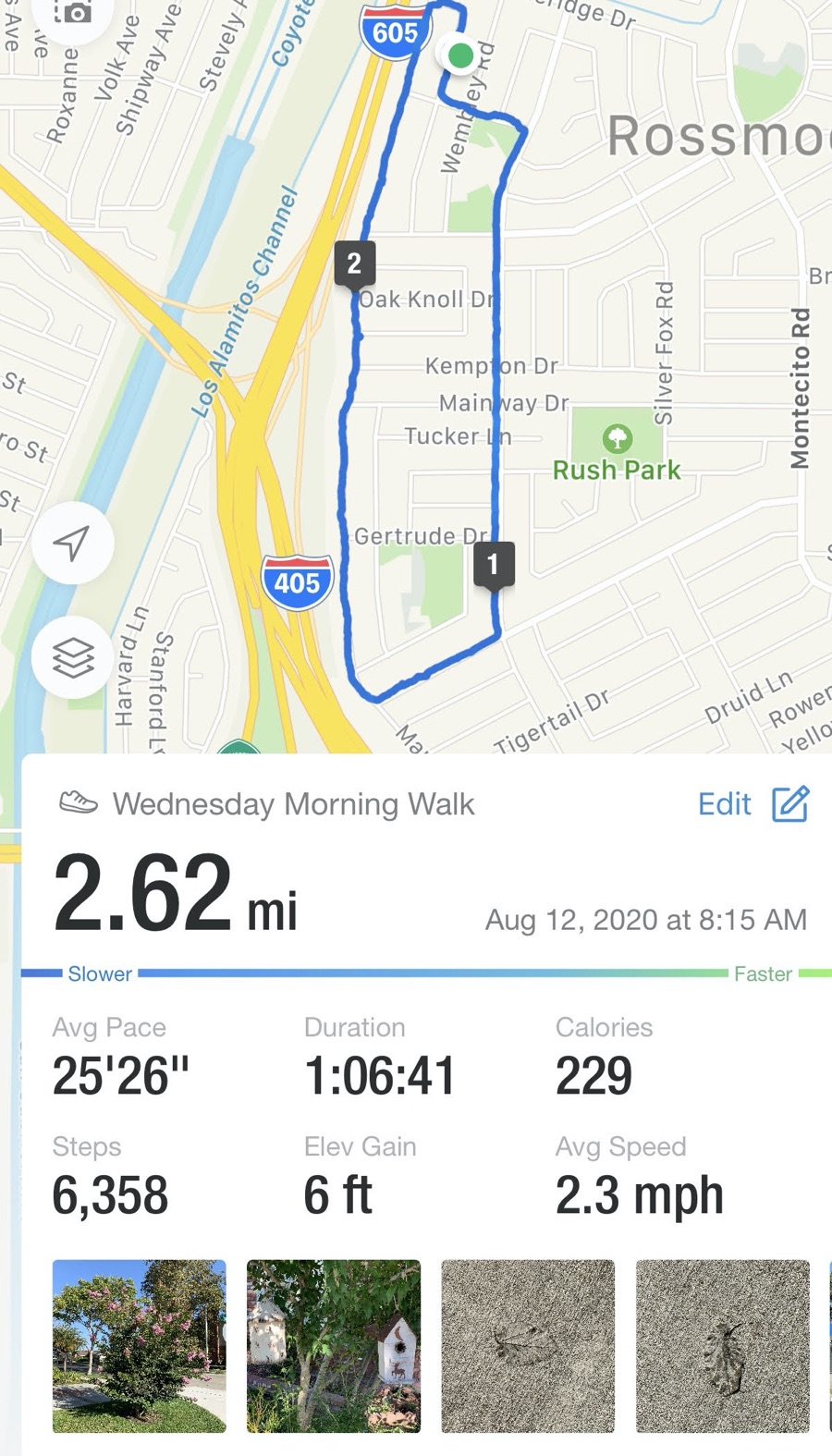 A walk with pictures.

As I zoomed (the physical “zoom,” not the electronic “zoom”) out of the house, the brakes were slammed on, and I noticed Vicky’s handiwork.  She put our names on the avocados, so perhaps the people passing by would not take them this year!  We will find out. 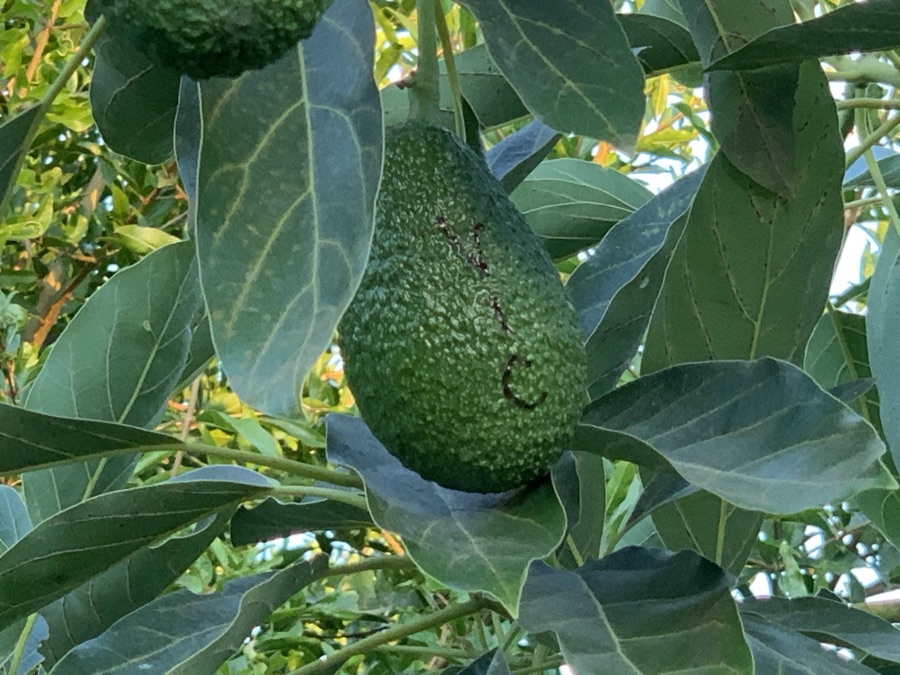 Vicky put out names on the avocados.

A few inches further and beneath the avocados are Vicky’s grandkids pumpkins if all goes well!  I check them every day and give them unique treatments. 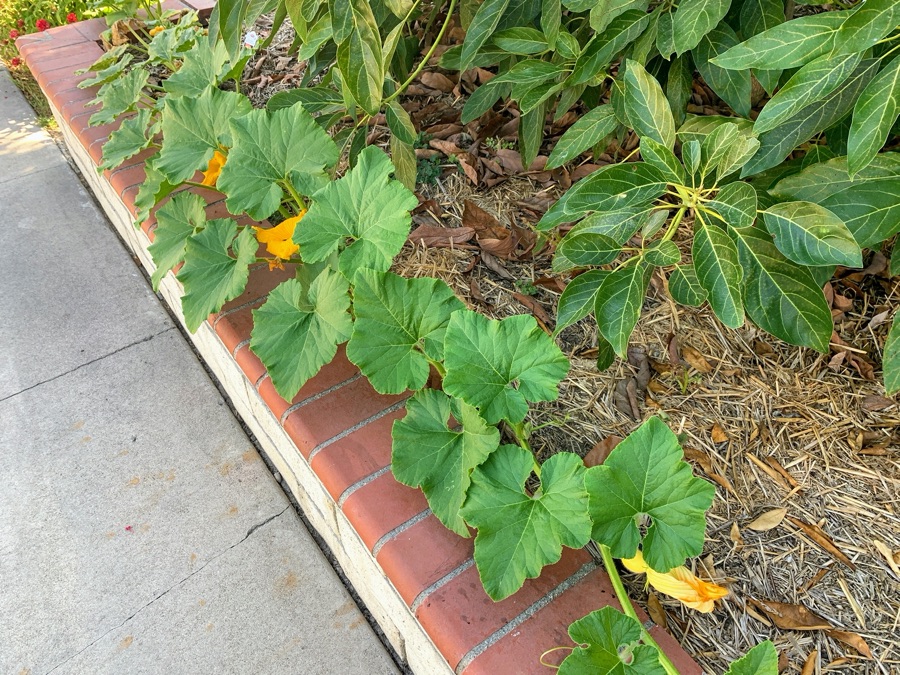 Soon to be pumpkins!

OK, the walk must get underway.  Singing and dancing down the street, the little birdhouses could not be passed up without a snapshot of someone’s artwork.  I knocked on the birdhouse doors, but no one was at home.  Perhaps they didn’t hear the knock because they were on their computers “tweeting”? 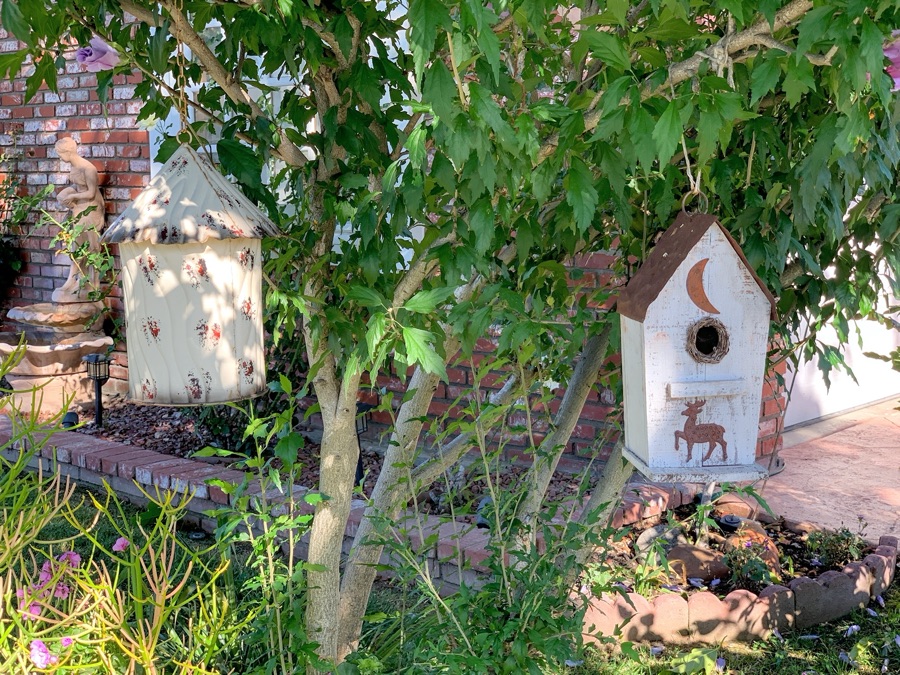 Our neighborhood birdies get great homes.

New sidewalk was spotted; Rossmoor keeps after the walkways to avoid people tripping.  Well, someone was talented and forced many leaves into the wet cement, and that left “leaf-prints” up and gown their sidewalk.  It was quite interesting. 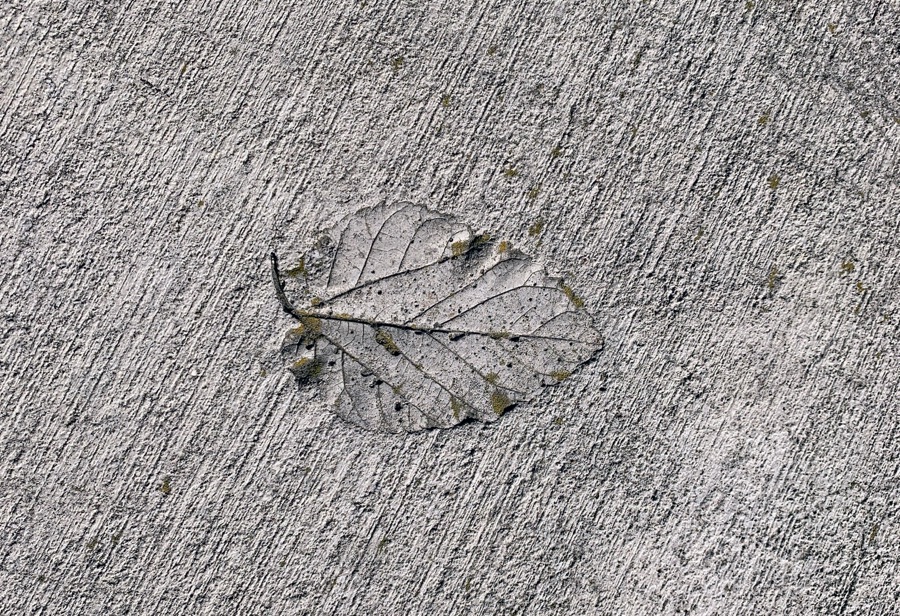 The new sidewalk had some decorations added.

Then my momentum transferred me to the upper crust part of the hood where people *and birds) live up above the rest of us.  The humans are about eighteen inches higher than my place, but the birds are an entire eight feet higher! 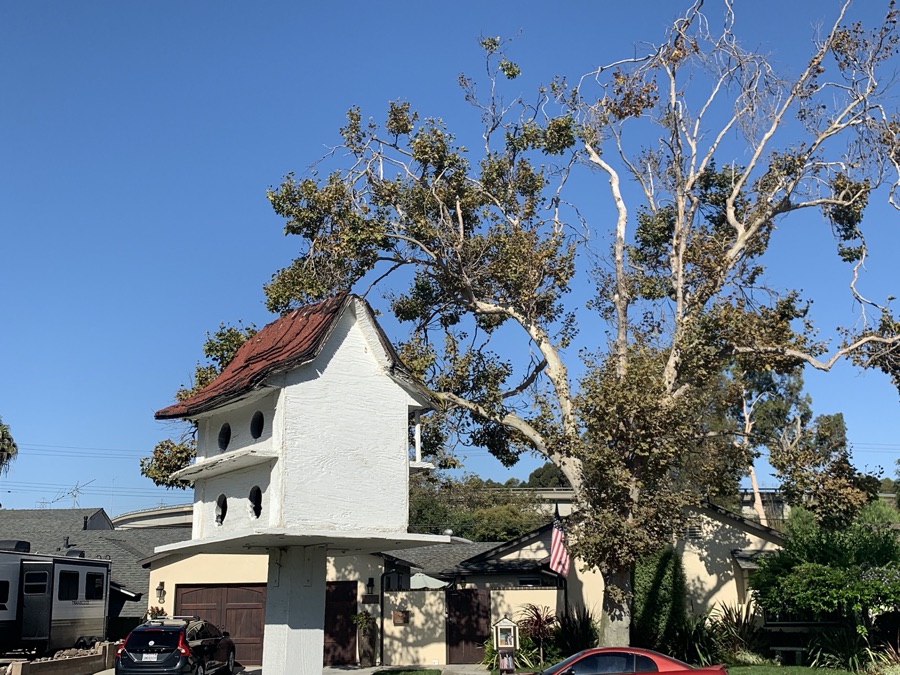 High up and away from the cats.

Off to lunch now, where I met Robin at the Yucatan Grill.  We both had small tacos as Robin is dieting, and I am going for dinner at Mary’s later this afternoon.  Unfortunately, by the time I sat down, Juan had my regular, a Cadillac margarita, prepared, and delivered.  What could I say, but Gracias and chugged that sucker down!  I was twenty minutes earlier than Robin, so when lunch was served, my drink was empty, and without saying a word, another drink appeared.  Sneaky Juan, he knows a way to a man’s heart.

After returning home, I went to the local department store and bought a couple of shirts since dancing is beginning, and my weight-loss makes my wardrobe look baggy.  17 1/2″ by 32″ dress shirts now instead of the 19″ by 32″ shirts of forty pounds ago.

On the way home, they were tossed out the window at the dry cleaners, and they should be ready Saturday at noon.

Before leaving the house, I called Jan M. and mentioned I was seeing Mary this evening, and she suggested that I do a “fly-by” and pick up all of Mary’s food containers that were ready to go.  Mary, being the kind person she is, cooks meals for Jan and drops them by since there are only three miles from one another.

Arriving at MAry’s at 4:30 PM, we decided to wait a bit for dinner and began wi watch “Murphy’s Romance,” one of my favorites.  It was good to see it again and realize I even remembered it.  Mid-movie, we paused and made our dinner plates, returning to the movie as we sat down. 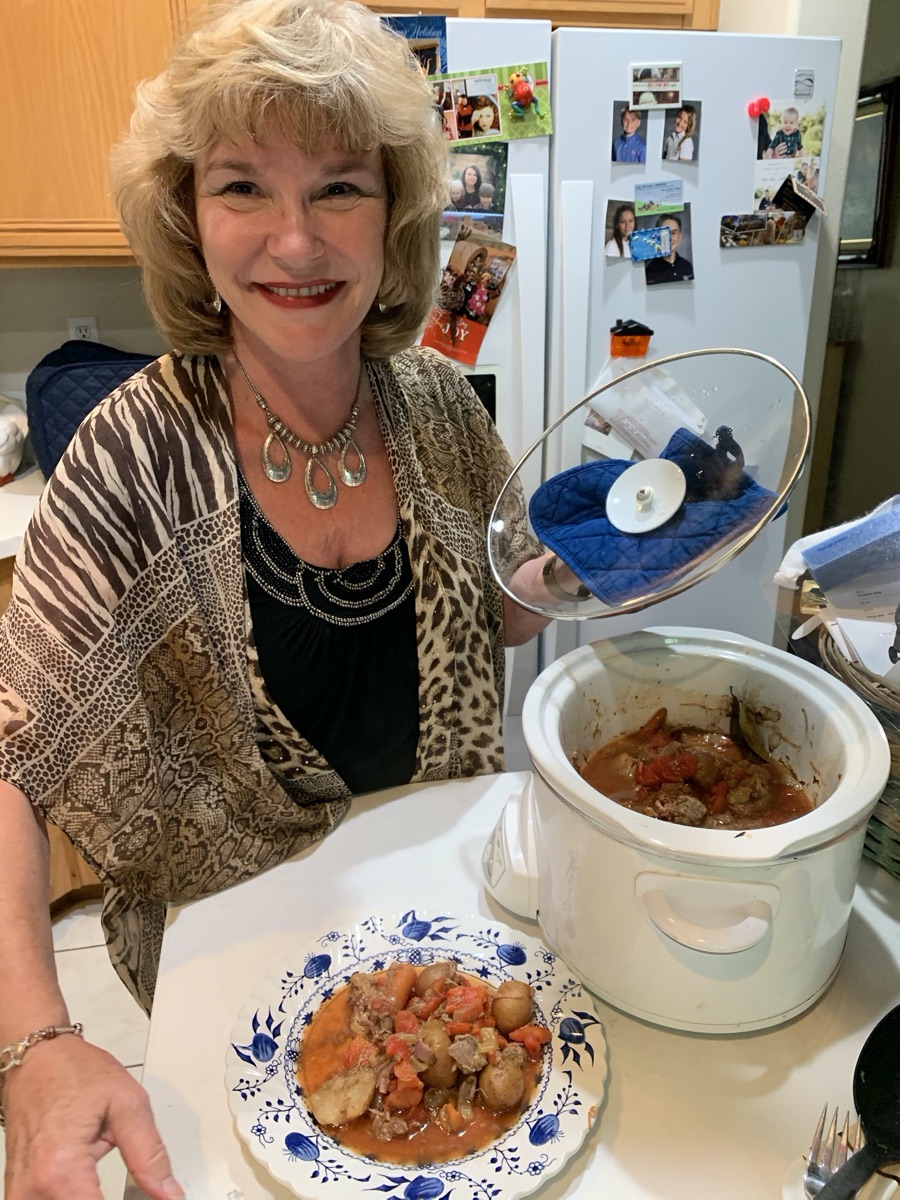 Chef Mary is ready to serve.

Mary is quite an accomplished chef, and she was very kind to have made my favorite dish.  Everything was perfect.  She even found some cornbread in the frig for sopping up the juices; we could not let that go to waste. 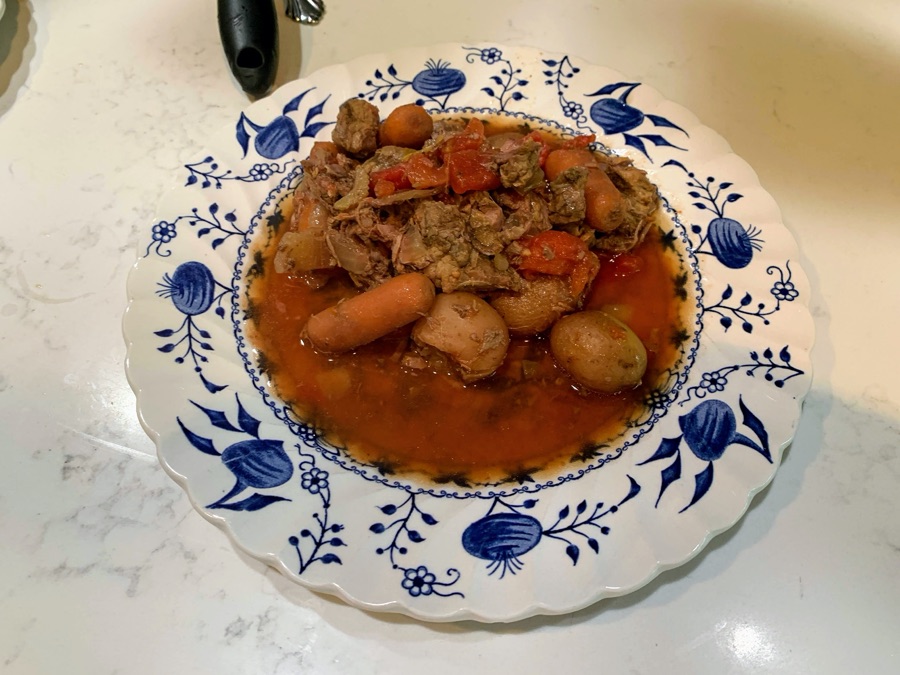 Back to the movie…

Did You Know? Emma Moriarty (Sally Field) is a 33-year-old divorced mother who moves to a rural Arizona town to make a living by training and boarding horses. She becomes friends with the town’s pharmacist, Murphy Jones (James Garner), a widower. But a romance between them seems unlikely due to Murphy’s age and because Emma allows her ex-husband, Bobby Jack Moriarty (Brian Kerwin), to move back in with her and their 12-year-old son, Jake (Corey Haim).

Emma struggles to make ends meet, but is helped by Murphy, an idiosyncratic widower. While refusing to help her outright with charity or personal loan, Murphy buys a horse with her assistance and pays to board it with Emma, while encouraging others to do the same. He also provides emotional support for Emma and Jake.

A rivalry develops between Murphy and Bobby Jack. This competition continues until Bobby Jack’s newest girlfriend appears with their newborn twin sons. At the end, Murphy and Emma choose to pursue a relationship. 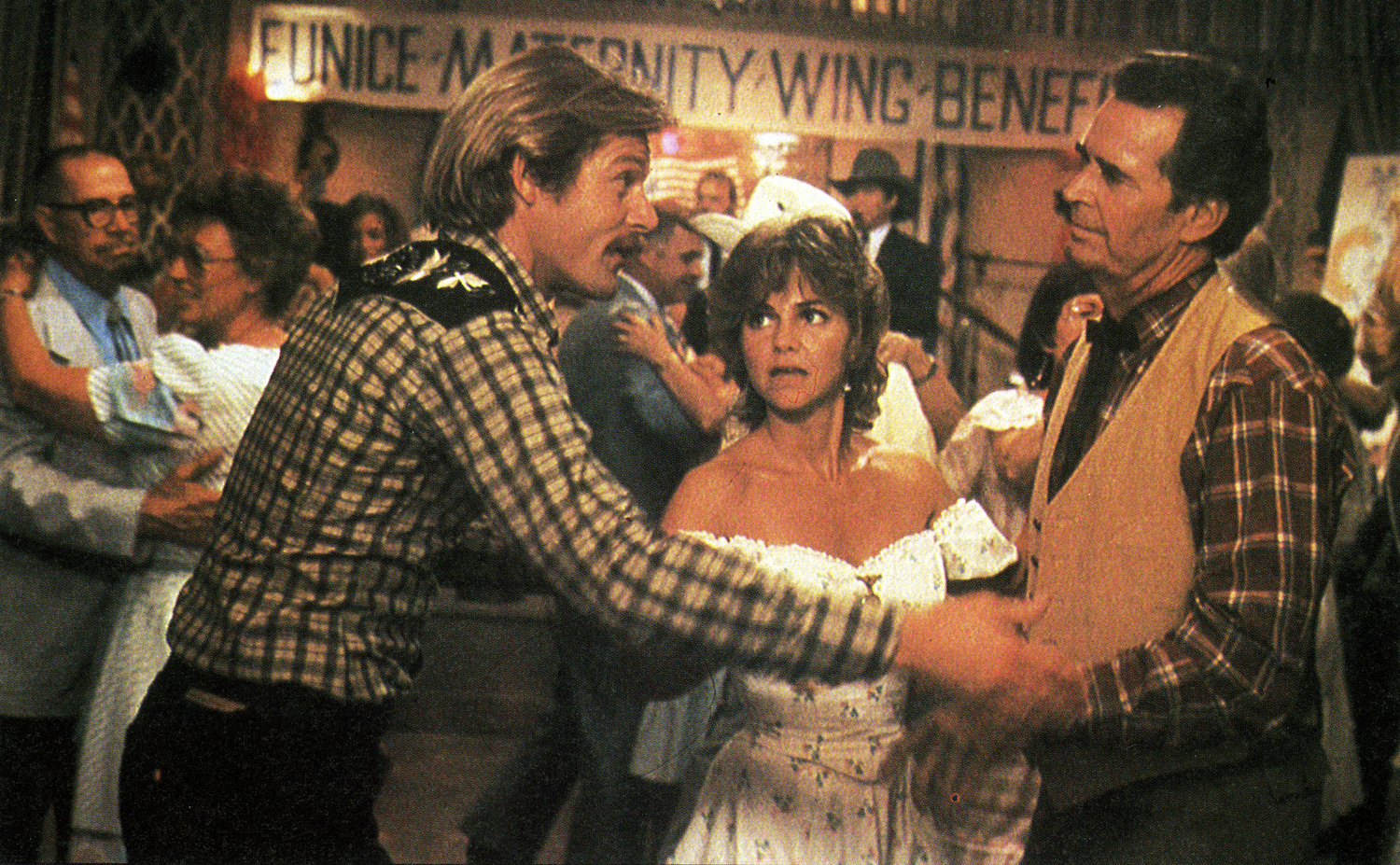 We were lucky to keep dinner in our mouths as we laughed so hard when the boys danced together!

On the way home, I, of course, stopped by Jan’s and delivered dinner!  We talked for a few minutes, and then the Grey Ghost and I headed home for a quiet evening of “The Middle.”  Tomorrow is “Girls Night Out” at noon with the boys in Santa Ana.

Just an old retired guy trying to finish out my last years on this planet. I lost my best friend and wife in early 2020. I was blessed again by reconnecting with Dr. Mary Côté, a long-time friend. Mary and I got married July 28th, 2021, and are enjoying life together and plan to spend the rest of our lives being a blessing to our friends and family.
View all posts by Paul →
This entry was posted in Cooking, Food and Wine, Friends, Movies, Walking, Working Around House. Bookmark the permalink.