We are suckers for romantic movies!  In this Janette Oke sequel to “Love Comes Softly,” the eldest child in an 1800s frontier family, Missie Davis is a bright and beautiful elementary schoolteacher whose love for the prairie is matched only by her passion for books. When Missie encounters Grant, a handsome New England railroad executive, she feels as though shes met a hero from one of her novels. But their courtship is complicated by the appearance of Nate, a mysterious young man who helps Missies family in a time of need. Torn between two worlds, Missie finds herself at a crossroads, forced to choose between the love of two very different men and two very different futures.  See the details. 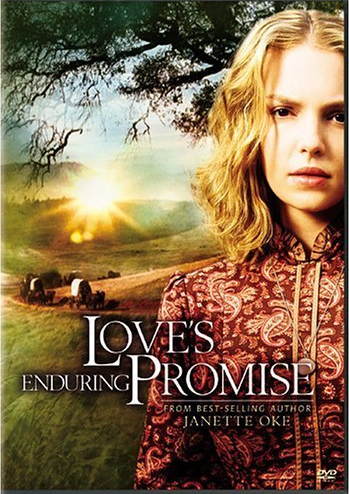 Remember: Infatuation is when you think he’s as sexy as Robert Redford, as smart as Henry Kissinger, as noble as Ralph Nader, as funny as Woody Allen, and as athletic as Jimmy Conners.  Love is when you realize that he’s as sexy as Woody Allen, as smart as Jimmy Connors, as funny as Ralph Nader, as athletic as Henry Kissinger and nothing like Robert Redford – but you’ll take him anyway.  ~Judith Viorst

Just an old retired guy trying to finish out my last years on this planet. I lost my best friend and wife in early 2020. I was blessed again by reconnecting with Dr. Mary Côté, a long-time friend. Mary and I got married July 28th, 2021, and are enjoying life together and plan to spend the rest of our lives being a blessing to our friends and family.
View all posts by Paul →
This entry was posted in Movies and tagged Quote, Romance, TV Movies. Bookmark the permalink.