Black Friday Is History For 2019; It’s Safe To Go Outside

A clear conscience is usually the sign of a bad memory. 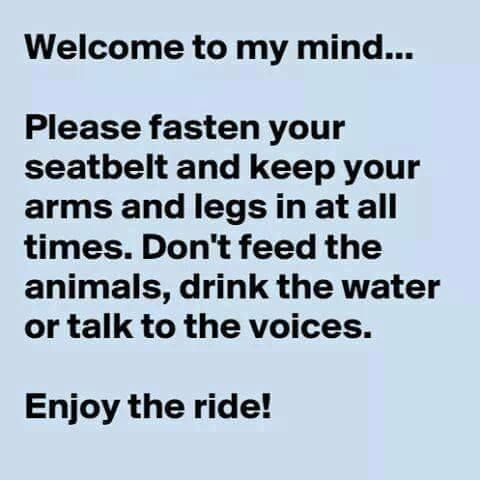 It’s 46 degrees outside; I’m taking the ice tray out on the front yard and frolic in the snow! The calendar got consulted, and we are not doing anything until 6:00 PM.  We plan to go to the Garden Grove Elks and cavort with our social circle.

I have a sidesplitting yard to tell.  Iris and Will, an incredible couple we dance with, spent Thanksgiving apart for the first time in years!  Iris had on her bucket list going to see the Macy’s Thanksgiving Parade in New York.  Will joined us for Thanksgiving.  Will tells the story of “The Phone Call,” which may go down in the annals of history!

So, Iris decided to go to New York and see the Macy’s Thanksgiving Day Parade leaving Will behind.

Will began to miss her on Thanksgiving Eve so he looked at his watch and thought “Hey, it’s only 10:00 PM, I think I will call her!”

He called her forgetting of the three hour time difference, it is 1:00 AM in New York!

Iris, being anxious to see the parade, called the front desk early in the evening and asked for a wake up call at 6:00 AM.

The phone rings, at 1:00 AM, and Iris picks up the phone and hangs it up (thinking it was the just the wake-up call).

Into the shower she goes, get’s all ready to watch the parade and finally sits down before leaving the room.

She wondered who made the wake up call five hours early!! 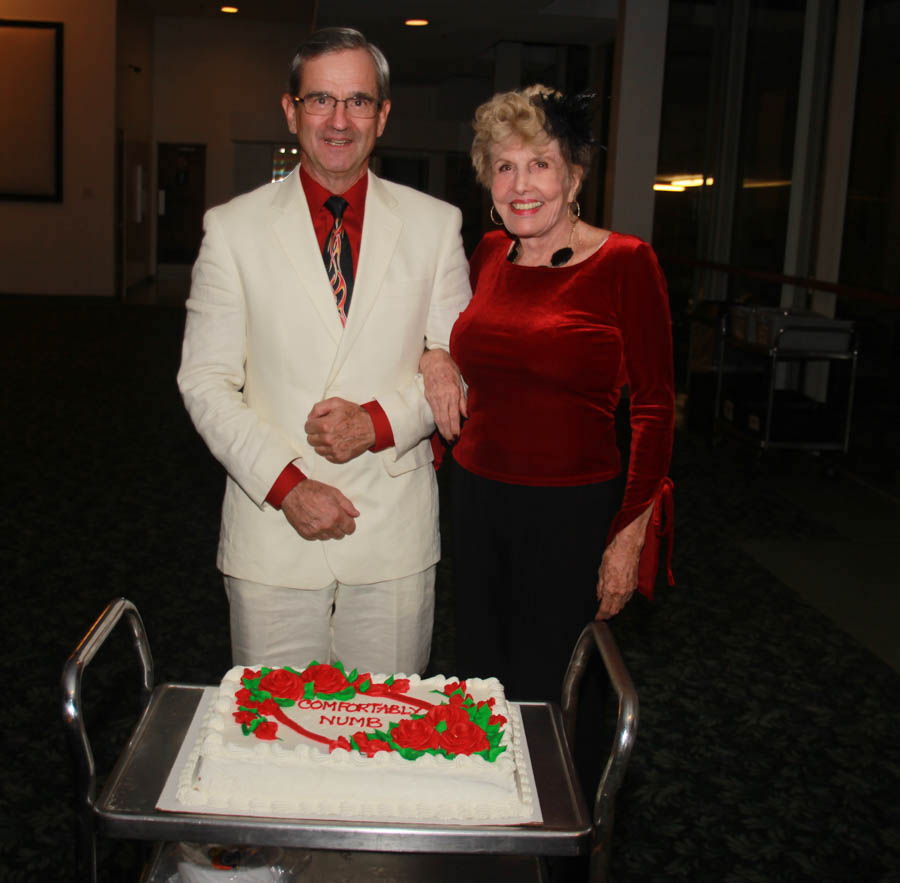 Do we wonder if Iris will ever find the culprit, yes we do!

The grandkids are coming home!  Yes, the little ones are great-grandkids!  We are as old as dirt! 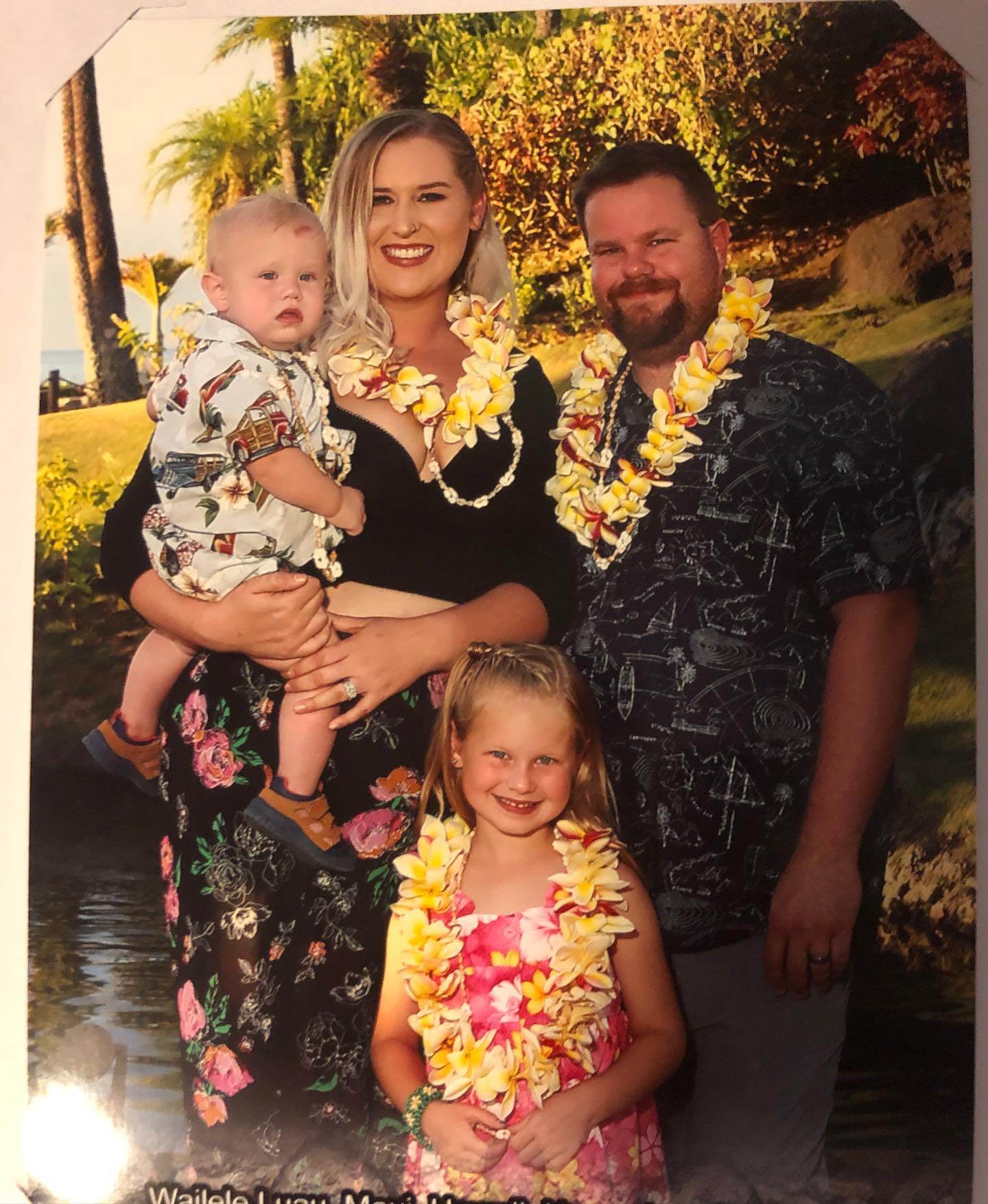 We are anxious to see them!

It was invigorating all day, so we stayed home and indoors except for a quick wine-run to Long Beach Towne Center.  First time I had seen the parking lot full, so it must have been left-over from black Friday.  Another reason to stay home.  I dropped by Lowe’s to see if they had any treasures I needed and almost bought a 30-gallon upright air compressor.

After picking up the three half-cases of wine, I returned home, and we watched TV for an hour before getting ready to go to the Elks.  We were surprised at the Elks as there was no band which had its good points, we got to visit without straining our ears.  The scheduled Musical ensemble had a gig in Tennessee and forgot to let the Elks know. 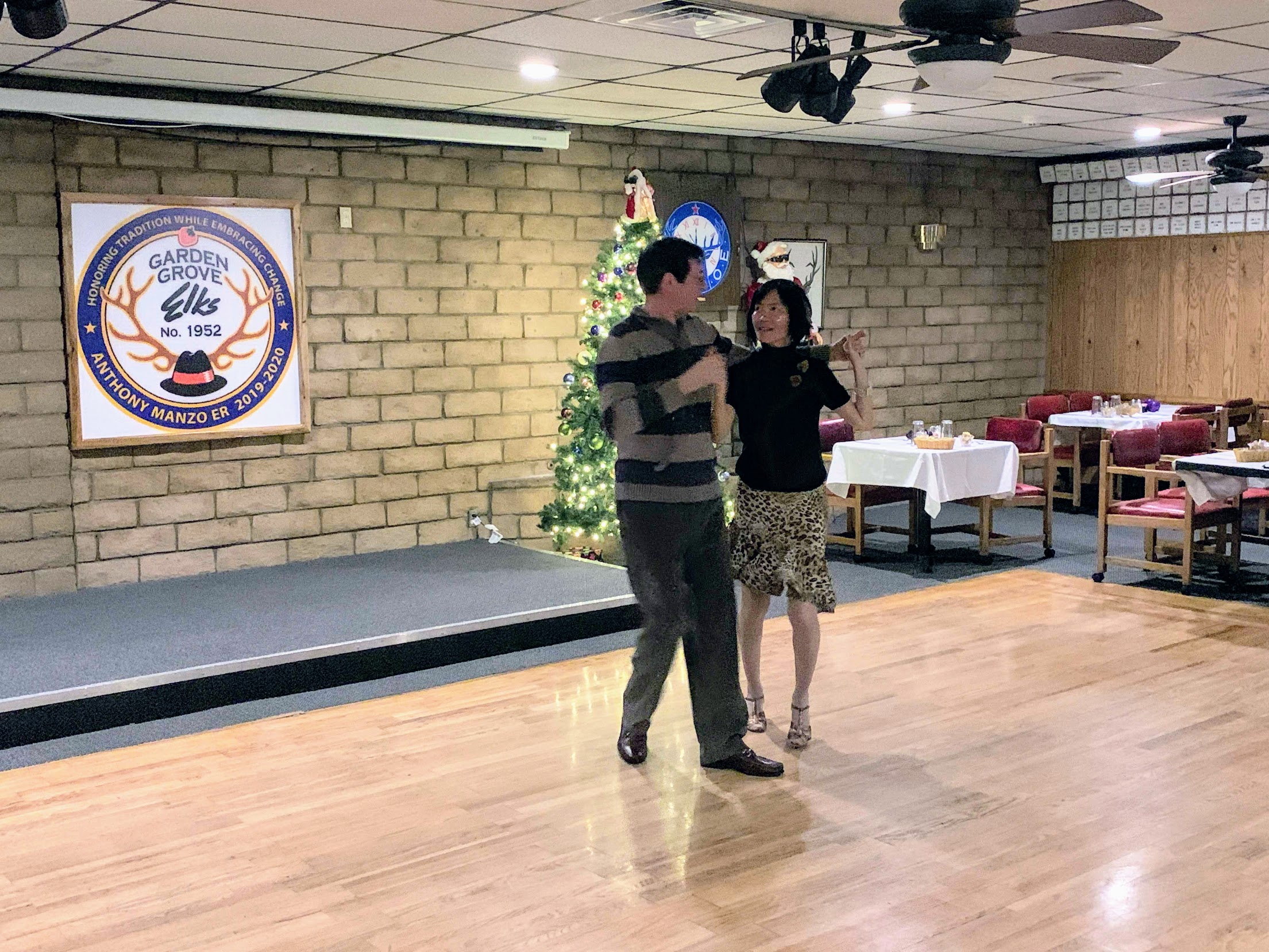 David and Nia did not need music to dance! They looked pretty good!

I tried to stay on my diet and eat sparingly, but alas, they had ribs tonight.  Sue, my side-kick, suggested the kitchen cut the ribs in half, putting half in a box and hide it from me until we departed.  The strategy worked; only four ribs passed through my mouth tonight!  Then the gin and tonic urge developed but, with great willpower, only two glasses made it to the table this evening!

We had five couples this evening, and we got to talking so much, I forgot to use the camera! 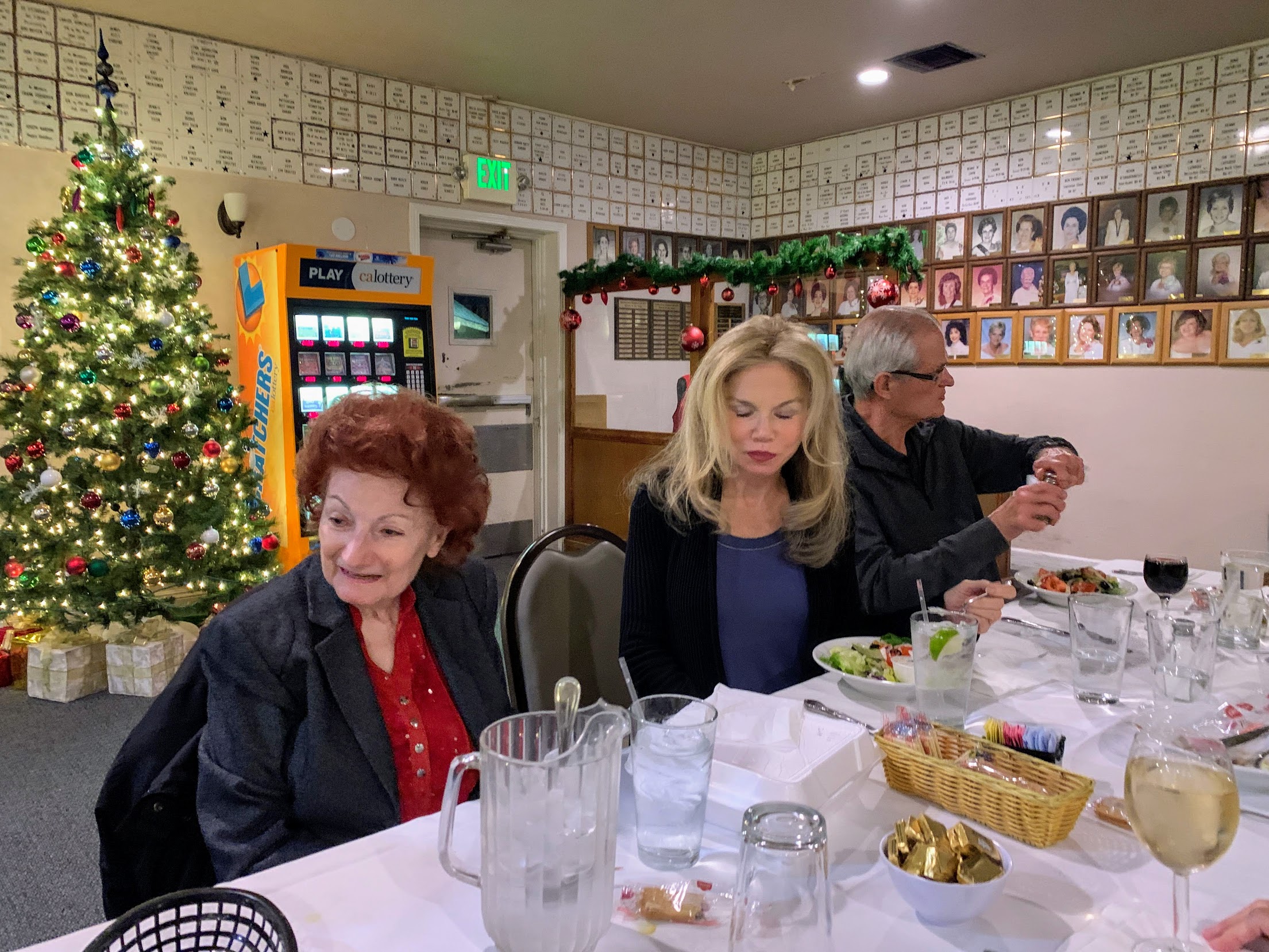 My plan to take a lot of pictures failed

Around 9:00 PM, the lodge was uninhabited, so we all headed home.  Tomorrow is a big day with the Alley Cats, and we get to have dinner with Amy, Joe, Charlie, and Alex! 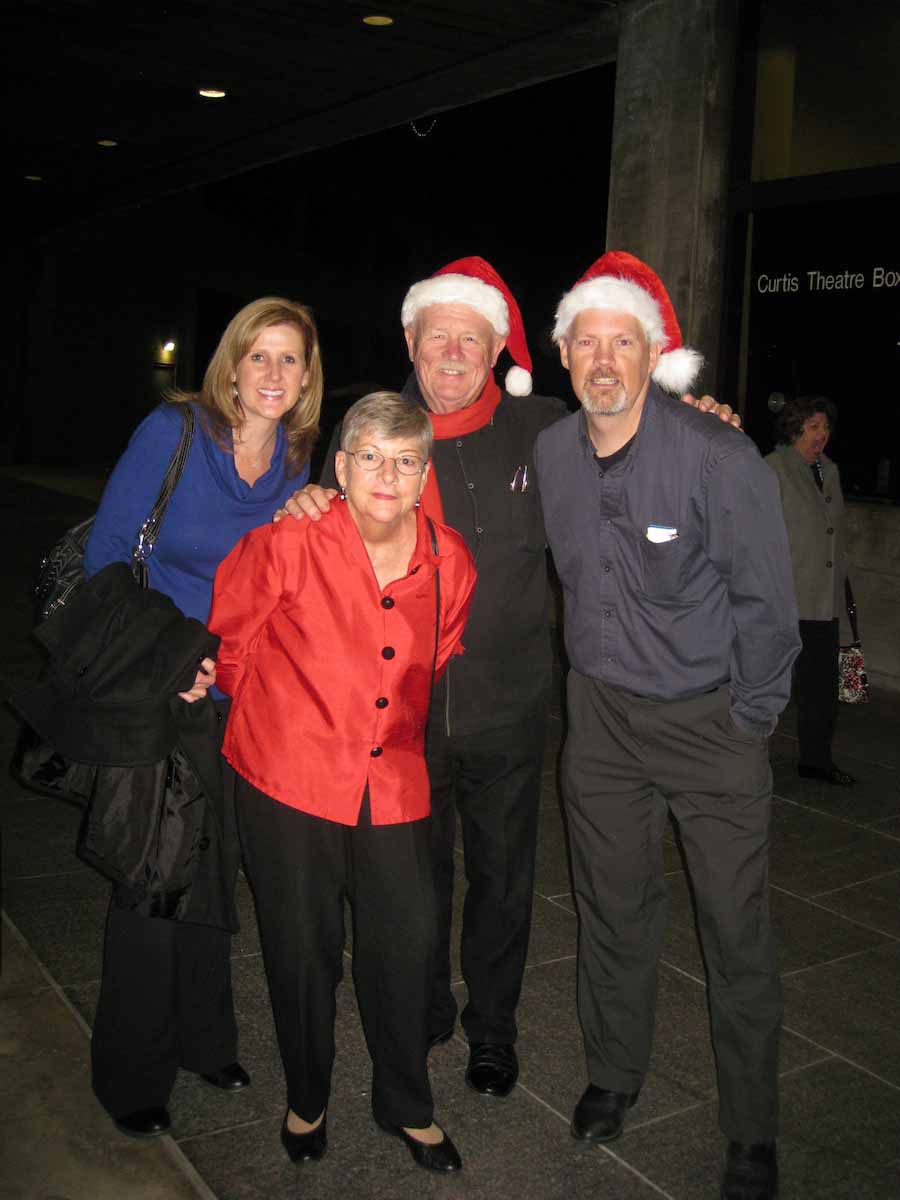 This year Charlie and Alex are joining us!

Just an old retired guy trying to finish out my last years on this planet. I lost my best friend and wife in early 2020. I was blessed again by reconnecting with Dr. Mary Côté, a long-time friend. Mary and I got married July 28th, 2021, and are enjoying life together and plan to spend the rest of our lives being a blessing to our friends and family.
View all posts by Paul →
This entry was posted in Dancing, Food and Wine, Friends. Bookmark the permalink.