George is a brilliant linguist.  But things aren’t going his way.  He’s concerned that every two weeks a language vanishes from the face of the earth.  Now his wife is about to vanish—from his life—leaving cryptic notes around the house as she goes (Husband or throw pillow? Marriage or old cardigan?), and he doesn’t have the words to stop her.  His assistant has strong feelings for him and has finally decided to open up, but believes she could better express herself in Esperanto, which she hasn’t yet learned.  To top it off, George is about to record the last two speakers of a long-lost language, but they’ve stop talking to each other!

Then we run off to Old Ranch Country Club for our monthly dinner-dance! 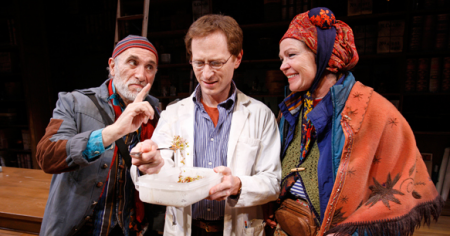 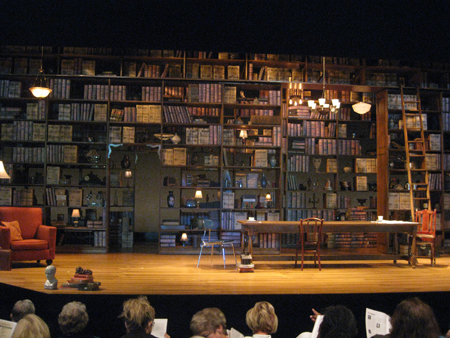 Remember: When you come into the theater, you have to be willing to say, “We’re all here to undergo a communion, to find out what the hell is going on in this world.” If you’re not willing to say that, what you get is entertainment instead of art, and poor entertainment at that. – David Mamet

Just an old retired guy trying to finish out my last years on this planet loving my best friend and wife, having fun, learning, and passing on helpful things to others.
View all posts by Paul →
This entry was posted in Theater and tagged Quote, South Coast Rep. Bookmark the permalink.
Powered by Maribol IMDB Plugin