Wow! Great grandchildren are God’s way of compensating us for growing old.

Time for a walk… Over to Staples and back as we have to be home at 11:00 AM. Off for the walk where I am going to pick up the last of the shop manual jobs from Staples.  It’s a short walk but I am getting to know the people who work there quite well…even if I do not go in, they wave at me when I walk by! 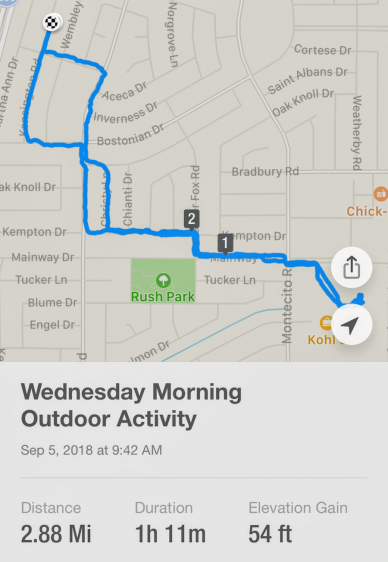 To Staples and back…A short trip

I love to see people’s decorations and this house has bird houses and old red wagons. 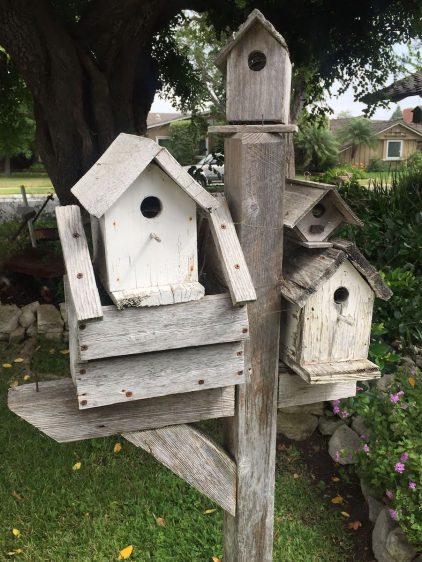 Meet “Bark The Wonder Dog”…he stares patiently out the window of Pet Smart so I stop and say hello every day!  I am going to bring him a big paper bone one of these days! 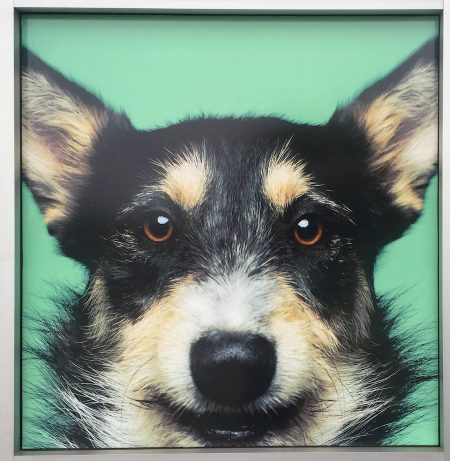 Last night we were walking to a local about the Red Cars and he asked where they all went.  I located the Pacific Electric Website and found pictures of the old cars in the scrap heap on Terminal Island,circa 1952,  getting ready to be chopped up and sent overseas to become something new? 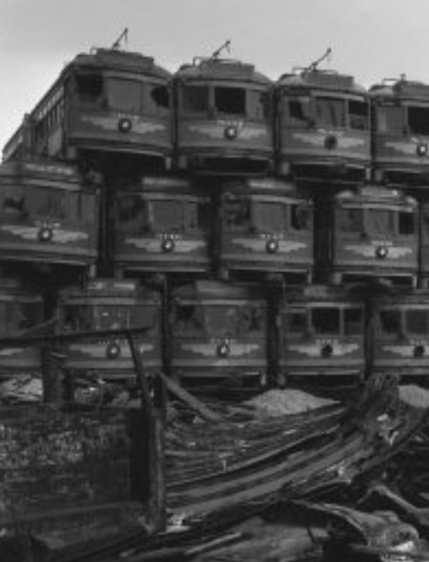 Where did the Red Cars go? Stacked up on Terminal Island in the early 1950’s!

Just made it home in time! It’s hard to believe that this week we will become great grandparents again.  We called Zack last night as I needed him to help me lift a table into the garage overheads…I am just not strong enough any more.  Of course he said yes!

So, as I am talking to my 28 years old grandson, I have to ask “When is Remy arriving?”  Who is Remy? Remy, short for Remington, he is the son of our grandson…OMG, it is our fourth great grandchild!  I felt so old!  I’m at an age when my back goes out more than I do.

We will always remember the Alaskan adventure where we spent two weeks with Jonathan and Zachary trekking around Alaska…now the “boys” are grown up and have their own families…amazing how time flies! 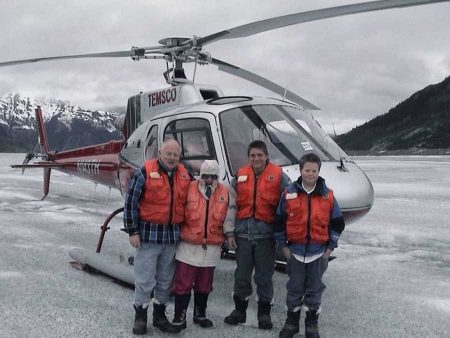 Paul, Sue, Jonathan, and Zachary on a glacier in Skagway Alaska

So, here is the scoop!  They are going to the doctor tomorrow, the 6th, to make sure the baby is not in stress.  If he is, the cesarean section will happen immediately, if not, he will be born on the 7th.  Either way, we will be so happen to have him here and give some relief to our beautiful grand daughter!

Did You Know? Remington is the transferred use of an old Anglo-Saxon surname originating from a place name, so-called Rimington is West Yorkshire, England. The name is derived from the Old English words “riming” (boundary stream) and “t?n” (settlement) to signify the settlement located along the banks of a stream. The place name was eventually given as a surname to the Lord of the Manor of Rimington or to people who moved away from their birthplace Rimington as a method of identification (for the purposes of taxation). The first recorded spelling of the surname came during the 14th century and was rendered as “de Rymyngton”. As a masculine forename, Remington is much more modern and used mostly by Americans.

Remington debuted on the American male naming charts in 1983 but didn’t really stick around until the 1990s when surnames became a trendy and fashionable naming style in the United States. Awareness of the name came from a 1980s television action series called “Remington Steele” starring a handsome Pierce Brosnan as Remington. It was the handsome and dashing Remington character that jump-started the name onto the charts. After the surname trend took off, Remington became yet another choice. The name has a certain “jet set” air to it. It’s not particularly masculine, but rather rich and refined sounding. Even slightly pretentious and snobby. Remington is a three-syllable mouthful but it could always be shortened to Remy.

Random Memory: How was I named? Easy, my got a job during the depression for a nice Jewish man in Long Beach.  The man’s name was Ralph David Lebowitz.  Times were tough and dad was hired to “dress windows”.  as time went on, dad became full time and actually managed store #3 on Pico Blvd.  WWII came and Dad tried to enlist but was turned down due to age, flat feet and the fact he had had polio as a kid.  Ralph, however, went in and served.  Ralph asked Dad to manage the company as Ralph was gone…he did it and did fairly well at it.  They were lifelong friends.

I returned at 11:00 AM just in time for Zack to show up for his five minute task but wait, can it be, Becca is with him.  They had just left the doctor and the baby is coming tomorrow at 3:30 PM!

We visited with the grandkids for about 90 minutes before they had to take off on the get ready errands!

It’s 1:00PM so off to the showers as we have golf with James today…nine wonderful holes out with Mother Nature.  James texted us with an “Oops, I have a doctors appointment” message so we decided to go ourselves.  Alas, it was a smoker so the course was closed until 5:00 PM.

We decided to go to Patty’s Place for dinner with Mitch and had a great visit.

We headed home and are going to rest tonight as tomorrow will be a big day!

Just an old retired guy trying to finish out my last years on this planet. I lost my best friend and wife in early 2020. I was blessed again by reconnecting with Dr. Mary Côté, a long-time friend. Mary and I got married July 28th, 2021, and are enjoying life together and plan to spend the rest of our lives being a blessing to our friends and family.
View all posts by Paul →
This entry was posted in Family, Food and Wine, Walking and tagged Dining Out, Family, Golf, Old Ranch, Random Memory. Bookmark the permalink.