The Week She Is Gone!

I woke up this morning and forgot which side the sun rises from, then it dawned on me.

Today, Paul made it past 278 miles on his way to Ralph’s Market.  Having a target for the walk is nice…besides Paul needed some more chocolate chips for the banana boats that are coming his way! 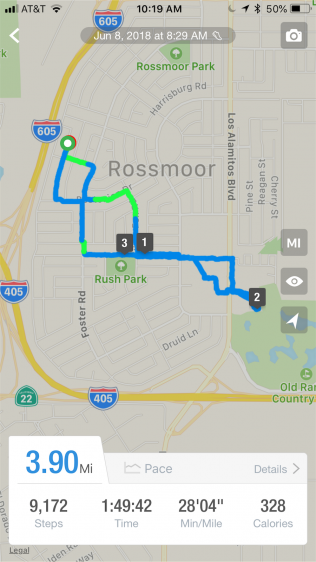 Today the target was Ralph’s Market

Love spring time because the plants are so pretty and bright! The Lily of the Nile was magnificent this morning. 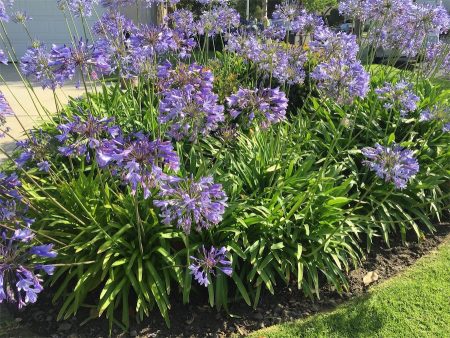 Did You Know? Agapanthus  is the only genus in the subfamily Agapanthoideae of the flowering plant family Amaryllidaceae. The family is in the monocot order Asparagales. The name is derived from scientific Greek: ????? (agape – “love”), ????? (anthos – “flower”).

Some species of Agapanthus are commonly known as lily of the Nile (or African lily in the UK), although they are not lilies and all of the species are native to Southern Africa (South Africa, Lesotho, Swaziland, Mozambique) though some have become naturalized in scattered places around the world (Australia, Great Britain, Mexico, Ethiopia, Jamaica, etc.).

I often wonder why Mother Nature developed so many different approaches to flowers.  The one below is 1000’s of little guys all clustered together and then the next one over will be two flowers surrounded by big fat leaves?  It’s a puzzlement! 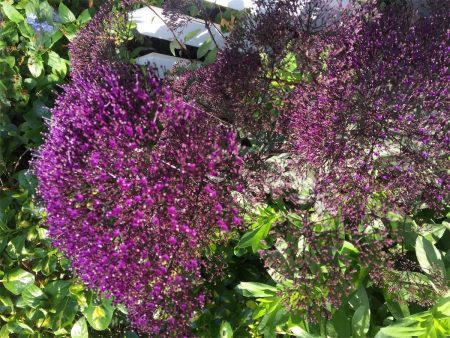 While on the walk, I do “business”…returning calls, making appointments, etc.  Today I called the Honda Healer to get an oil change and they said come in at 1:00 PM…wow!  I also wanted them to check the tires and do a safety recall.  I scheduled those for next week.

Got a snapshot of the boys celebrating Alex’s birthday (Alex is floating around on the pool).  He is nine and quite a young man! 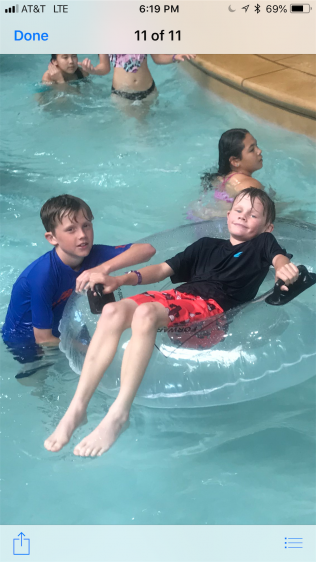 Returning home from the market, we had lunch and than Paul fixed some “breaks” around the house before going to the “all day Honda visit”.  Arriving on time, Paul was welcomed by the service advisor on duty.  The oil change was fine and the safety recall went well.  When the lady came out to get me, she said the tires are still good but will need to be changed soon! The had 58,000 miles on them and they were four years old so that means they got 14,00 miles per year… not too bad!

She said they could do it while I was here and not have to come back next week.  Sue already suggested this would be a good ideas so I gave them to go ahead.  $1050 for four new Micheline top of the line tires, it’s a deal!  If I get the same good mileage, the tire cost is $0.02/mile! Wow!

Random Memories:  My father would not believe that tires could get 60,000 mile on them! It would have been easy to go another 2,000 mile on the ones I had but while I was there, it was convenient.  Why my father was alive in the 1960’s, getting 10-15,000 miles on a set of tires was almost unheard of!  Dad ws an excellent driver and was pretty easy on the vehicles but I remember it was new tire time about once a year…today it is every four years, life it good!

After getting home, we watched a little TV and then got changed to go out to the GG Elks for dinner dancing.  Paul had a huge piece of salmon which most of it made it home. We danced several times during the evening and visit with our friends all evening.

The band got a little excited and the volume level kept creeping up but when it hit a fairly constant 100 db, we headed home.

Did You Know? One parameter of the acoustic (sound) wave which is generally used to assess sound exposure to humans is the sound pressure level expressed in ?Pa or Pa. … In the logarithmic scale the range of human ear’s audible sounds is from 0 dB  (hearing threshold) to 120-140 dB.  The band was hitting 100 db or Jet take-off (at 305 meters), use of outboard motor, power lawn mower, motorcycle, farm tractor, jackhammer, garbage truck. Boeing 707 or DC-8 aircraft at one nautical mile (6080 ft) before landing (106 dB); jet flyover at 1000 feet (103 dB); Bell J-2A helicopter at 100 ft (100 dB). 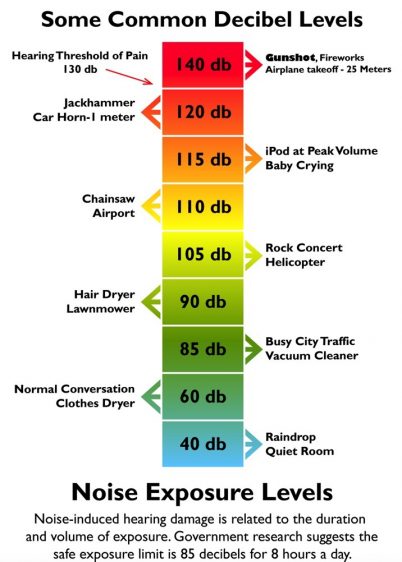 Enough was enough… We went home! 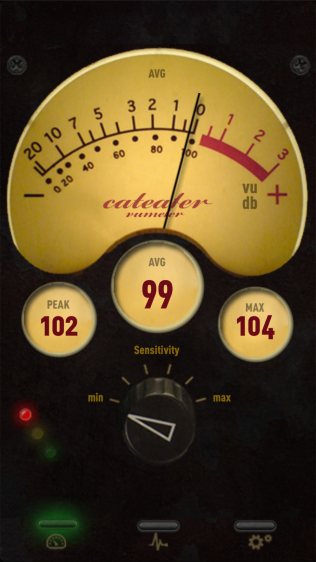 We departed the Elks about 9:30 PM and returned home to watch some TV before hitting the sack!  Paul noticed one of the security lights was not working so we have a repair job to do in the morning.

Just an old retired guy trying to finish out my last years on this planet. I lost my best friend and wife in early 2020. I was blessed again by reconnecting with Dr. Mary Côté, a long-time friend. Mary and I got married July 28th, 2021, and are enjoying life together and plan to spend the rest of our lives being a blessing to our friends and family.
View all posts by Paul →
This entry was posted in Dancing, Food and Wine, Friends, Gardening and tagged Birthday, Dancing, Dining Out, Elks Lodge, Random Memory, Vegetable Gardening. Bookmark the permalink.