I’d just come out of the shop with a roast beef sandwich, large chips, ear of corn & a jumbo sausage. A poor homeless man sat there and said ‘I’ve not eaten for two days.
‘ I told him, ‘I wish I had your will power.’  The scale said 195.9 pounds this morning!

Yeah! Approximately ten more to go… As soon as Paul gets to 185 he is going to make an appointment with his generalist!  Doctor Asbill has been Paul’s doctor since Paul worked for Rockwell and became a member of the executive staff… He was required to have an annual physician then.  That was in the late 1980’s and Mark always told Paul he ought weigh in at 180 pounds!  Twenty years later Paul is within striking distance!

We got up at 7:30 AM within a few minutes of each other and headed for our morning cup of tea!  Paul had a big day planned, more chores.  First things first… The cable must go!  It has been out and ugly for two years!  Paul gets and idea!  What the heck was the cable doing?  It went from the back of the modem/router to the “internet” input on the TV.  Paul gets an idea… 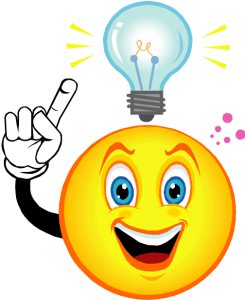 It is the age of wireless after all!

WIRELESS!  Paul turned on the TV, went to settings, turned on the wireless to our LAN and pulled the plug… Volia, the picture stayed on.  It appears as though the TV and the Apple TV are both wireless and we have a great wireless system.  15 minutes later, the cable is pulled and ugly disappears!  Paul did NOT have to go into the attic!  Success!  Time for breakfast!

Did You Know? Potpourri is form early 17th century (denoting a stew made of different kinds of meat): from French, literally ‘rotten pot’.

In the afternoon Paul went to the garage to get the new air compressor going… After a trip tot he local lumber yeard to get “adapters” it was up and running.  When he turned it on, Sue came “running” out of the house asking if the truck had hit him!  It apparently was a little loud!  Paul played with it for about 15 minutes and even “cleaned” the tool chest drawers by hitting them with 125 psi of compressed air!  Worked GREAT! 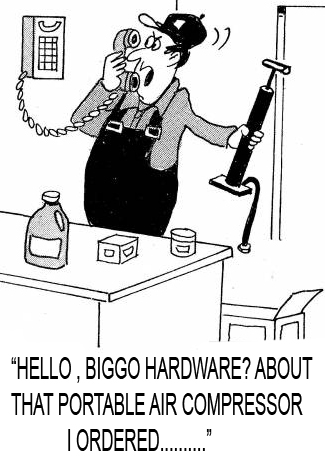 It was getting late so we decided to watch TV before getting ready to go out ot the Phoenix Club.  We watched two episode of Grey’s Anatomy and when raised the question of going out this evening to a vote…  The “Nay’s” won… We stayed home and binged on Grey’s Anatomy.

Dinner was very light and we had dessert just before going to bed.  One of the episodes we watched was about a fat guy weighing in at 650 pounds… Made Paul happy he was staying on the diet!

Just an old retired guy trying to finish out my last years on this planet. I lost my best friend and wife in early 2020. I am involved seriously with a long-time friend, Mary, and life goes on.
View all posts by Paul →
This entry was posted in Just Us and tagged Chores, TV Movies. Bookmark the permalink.