Monday And A New Week Begins!

Question: There is a clerk at the butcher shop, he is five feet ten inches tall and he wears size 13 sneakers. What does he weigh?

The week begins again and it starts with Paul moving our wine and wine rack to the garage since we have stopped drinking.  Not drinking wine is good for Sue’s tummy and really good for Paul who has dropped 30+ pounds weighing in at 196.5 this fine morning!

Paul did some shopping and made a bunch of phone calls to Amazon since it appeared one of his orders went AWOL!  Funny situation… Our package was delivered to the correct street address but the wrong city and state!  Amazon and their supplier quickly corrected the situation and our item is on its way here now!

In the afternoon, Paul moved a chest-of-drawers from the middle bedroom into the garage in order to store some of his tools.  We did not need a large five size drawer dresser in the guest bedroom!

Did You Know? A chest of drawers, also called (especially in North American English) a bureau, is a type of cabinet (a piece of furniture) that has multiple parallel, horizontal drawers usually stacked one above another. In American English a dresser is a piece of furniture, usually waist high, that has drawers and normally room for a mirror. In British English a dresser or a Welsh dresser has shelves in the upper section for storing or displaying tableware.

It’s time to rest and watch an episode of Grey’s Anatomy before cleaning up to go to Malainey’s for our afternoon cocktail with Irene.

When we arrived it was colder than a well diggers butt and the chill factor was probably in the low 50’s.  Sue had her gloves and we brought our bottle of “vino” for the evening! 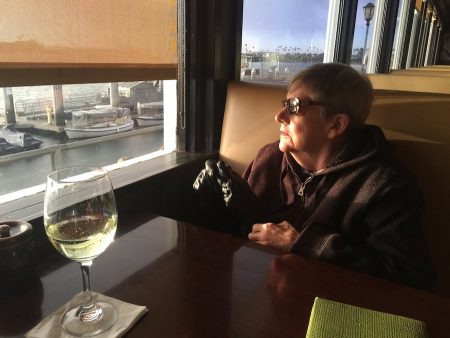 We had a good view of Catalina looking down the channel. 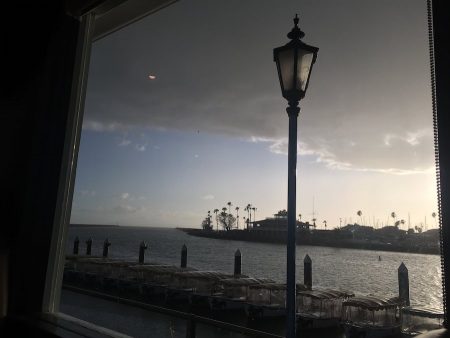 We had some rain just before the sunset. It was hard for about two minutes and then a gentle mist before the clouds disappeared to the north of our location. 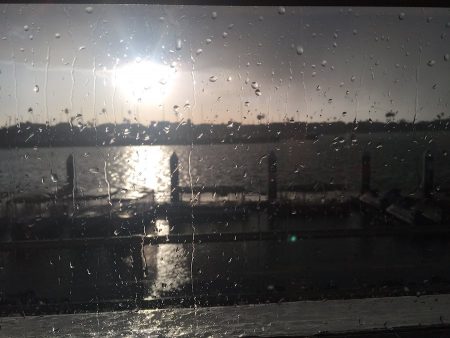 Rain in black and white

Irene showed up at sunset and got to see the magnificent show!  Paul suggested a pizza and we were all in!  The three of us devoured half the pizza before departing… Good pizza and tummy warming on this cold winter day! 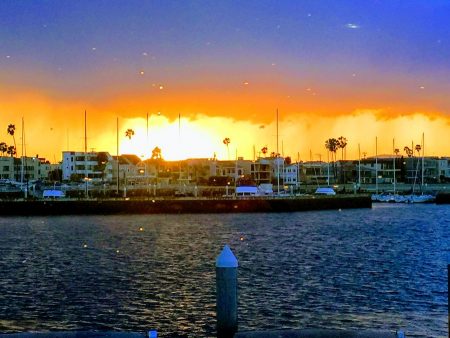 We shared a pizza but we decided to have a cup of warm tea and then leave as the restaurant was COLD!  Even Paul was freezing with an undershirt, shirt, and a full jacket!

We went home about 7:00 PM and watched some more Grey’s Anatomy… We are into season four now! 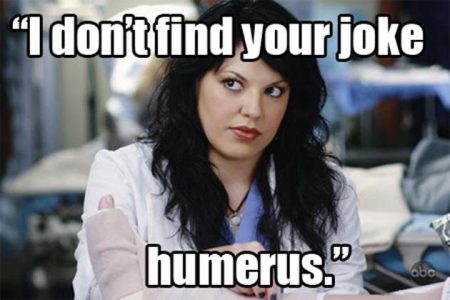 The weather report stated it was going to be cool tonight and indeed it was… Before we crashed at midnight, it was already in the low 40’s.

Just an old retired guy trying to finish out my last years on this planet loving my best friend and wife, having fun, learning, and passing on helpful things to others.
View all posts by Paul →
This entry was posted in Food and Wine, Friends and tagged Dining Out, Friends, Malarkeys. Bookmark the permalink.
Powered by Maribol IMDB Plugin