Again, we rested and took naps before heading out.  Tonight we go to Disneyland.  We were smart and decided to have dinner at Catal.  A great meal and then stay around to watch the fireworks at 9:30 PM from the Catal veranda overlooking Downtown Disney!  It worked out well as Bob flew in from Arkansas (he had a gig there Saturday night) and Robin and Nick drove in from home.

With all the people and expected hustle and bustle, Paul decided not to bring the big camera and frankly the pictures were not great as the lighting is difficult on the iPhone!

We had a super dinner with Bob, Robin, and Nick and Nick decided he wanted coffee tonight as he saw Grandpa Paul drinking it!  We will have to call Nick tomorrow and see if he was affected by the caffeine or not? 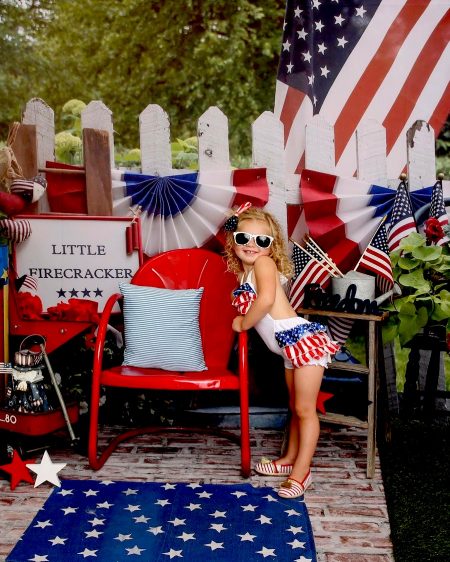 Our great Granddaughter brightened up the evening

The show gets underway!  It was a patriotic display with many red/white/blue fireworks and patriotic music! 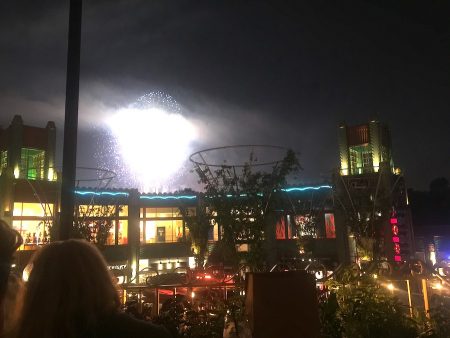 The fireworks were great from out elevated position – And we avoided the crowds!

We stayed until 11:00 PM when the crowds diminished and simply drove home sans traffic!  We watched one Frasier and then crashed.  What a weekend!

Just an old retired guy trying to finish out my last years on this planet loving my best friend and wife, having fun, learning, and passing on helpful things to others.
View all posts by Paul →
This entry was posted in Family, Food and Wine and tagged Catal, Celebration, Dining Out, Disneyland, Family, Wine. Bookmark the permalink.
Powered by Maribol IMDB Plugin