OK, it is not as cold as back east but in late February it is 49 degrees?  There is something Paul used to remember saying… Something about a brass monkey but alas, and thank goodness, Paul failed to remember it! 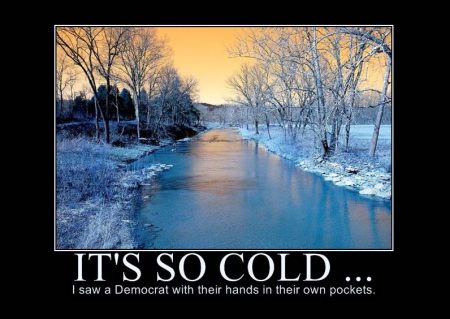 Truth! No, really… The truth!

Paul went for a walk and returned to pull “weeds” in the font garden.  They are not really “weeds “but several places in the garden the remaining seeds that were protected inside the  bale we use for mulch started sprouting.  They young growth are really easy to pull, throw down on the ground and within days they dry up and become straw.

We use about 4-5 bales of straw a year around the house to provide mulch for the various gardens we have.  Three to five inches of straw keeps the ground underneath quite cool and maintains the moisture level!

Did You Know? Straw is an agricultural by-product, the dry stalks of cereal plants, after the grain and chaff have been removed. Straw makes up about half of the yield of cereal crops such as barley, oats, rice, rye and wheat. It has many uses, including fuel, livestock bedding and fodder, thatching and basket-making. It is usually gathered and stored in a straw bale, which is a bundle of straw tightly bound with twine or wire. Bales may be square, rectangular, or round, depending on the type of baler used.

After returning home from the walk, Sue did the invitations and newsletter mailing preparations for the Starlighter’s and Topper’s.  We have this down to a science now. Paul does the computer work and research. It takes about three hours and Sue does the proofreading/corrections mailing preparations which also takes about three hours! Visit the Topper’s! 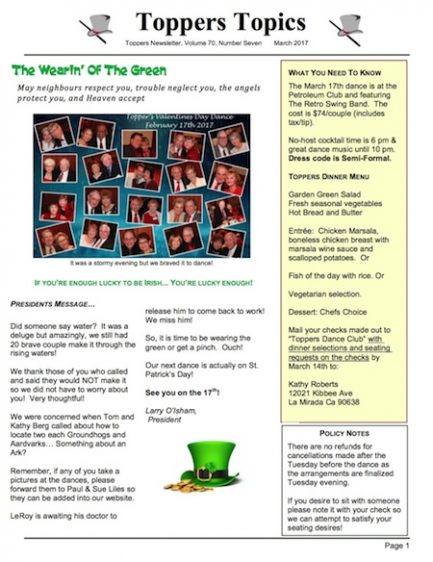 Late in the afternoon, we got freshened up and headed to the Garden Grove Elks Lodge and danced to Dave Ambrose… He is a little bit country but the music is very easy to dance to!  We met up with the Branders, Kuhn’s, and the  Z’s plus Irene joined us!

After returning home, we watched a Hallmark Murder Mystery entitled “A Real Murder: Aurora Teagarden Mystery”  which was really good.

Summary: Aurora finds a member of her crime buff group, the Real Murders Club, killed in a manner that eerily resembles the crime the club was about to discuss. As other brutal “copycat” killings follow, Aurora will have to uncover the person behind the terrifying game. Stars Candace Cameron Bure, Lexa Doig, Robin Dunne and Marilu Henner. 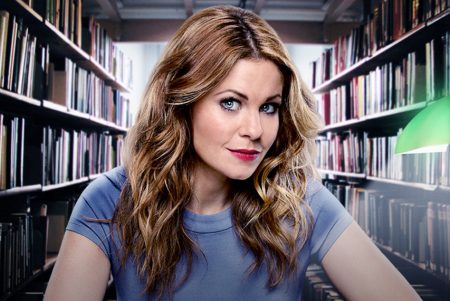 Ms. Aurora Teagarden solves the mystery with a little help from Paul & Sue

Aurora was done at midnight but alas, we had to see one episode of Cheers before crashing.

We checked the messages and we got a cutie from a cutie. 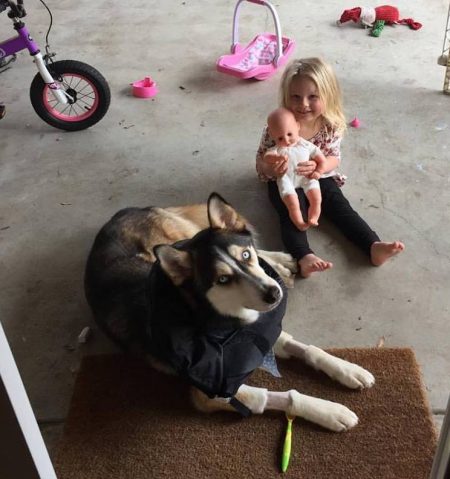 Logan and Lilly – Joined at the hip!

Just an old retired guy trying to finish out my last years on this planet. I lost my best friend and wife in early 2020. I was blessed again by reconnecting with Dr. Mary Côté, a long-time friend. Mary and I got married July 28th, 2021, and are enjoying life together and plan to spend the rest of our lives being a blessing to our friends and family.
View all posts by Paul →
This entry was posted in Dancing, Food and Wine, Friends, Fun and tagged Dancing, Dining Out, Elks Lodge, Friends. Bookmark the permalink.