Monday And We Know What That Means

One more time around the block for Paul.  An hour walk revealed new decorations everywhere!  After returning home and having lunch we went to the market and then headed to Malarkey’s Irish Pub for our Happy Hour!

We had crazy Greg, the Finch’s and the Rodecker’s.  Irene was playing in the snow today! 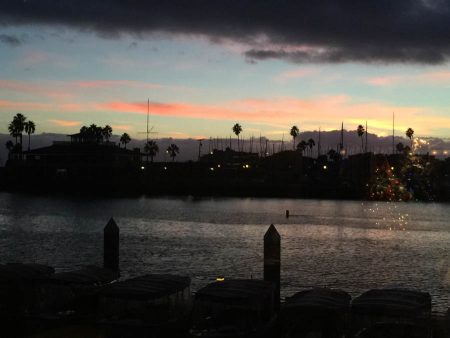 We met up with Brian and Jan so Brian could do his first hamburger of this visit!  We coordinated schedules for the remainder of the week.  Wally and Ghislaine are heading to France for Christmas and we will not see them until December 31st. 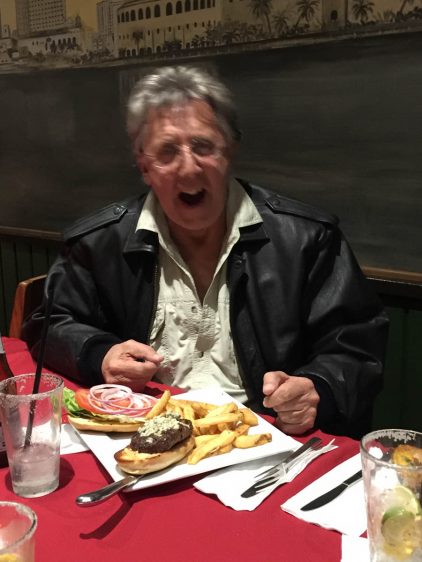 The Champion Chomper at work

Paul did the Shrimp Scampi and avoided the hamburgder… It was NOT easy! 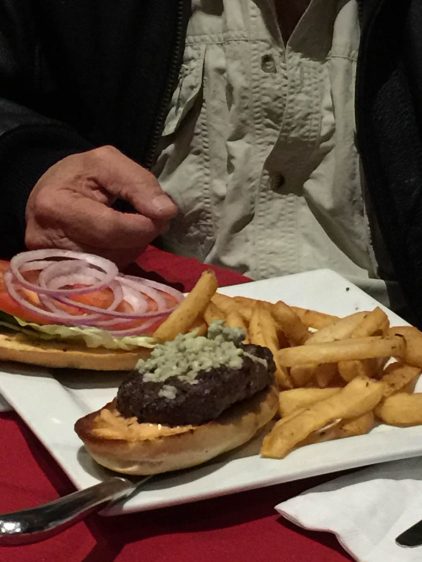 First burger of this visit

Ghislaine yelled “What is happening” and all of a sudden a huge black cloud descended on the sunset… Pretty amazing! 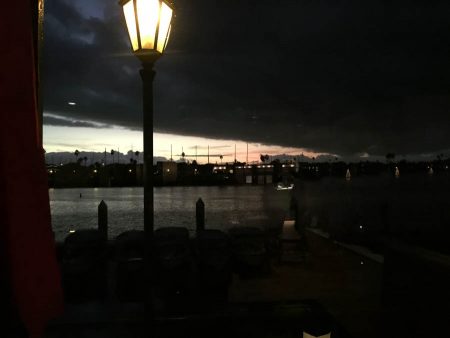 Looked a little spooky outside

It was warm and cozy on the inside however! 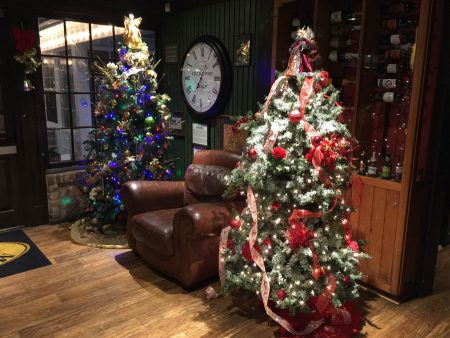 Looked much better inside

When we got home, we watched a Hallmark 2016 Christmas Movie while Sue did the treadmill.

A Bride For Christmas – After Jessie Patterson (Arielle Kebbel) calls off her third engagement – at the altar! – she swears off serious relationships until she finds “the one.” That is, until charming but chronically single Aiden MacTiernan (Andrew Walker) comes along. Unbeknownst to Jessie, Aiden has bet his friends that he can convince a woman to marry him by Christmas – which is only four weeks away – and Jessie is the target of his bet. As Aiden attempts to court Jessie by first hiring her to decorate his apartment, Jessie looks to her sister, roommate and interior design company partner, Vivian (Kimberly Sustad) as her closest confidant. To complicate matters, Jessie is doggedly pursued by her most recent ex-fiancé, Mike (Sage Brocklebank), who still wants to marry her. When Aiden finds himself falling for Jessie too, will he call off the bet and truly pursue her? 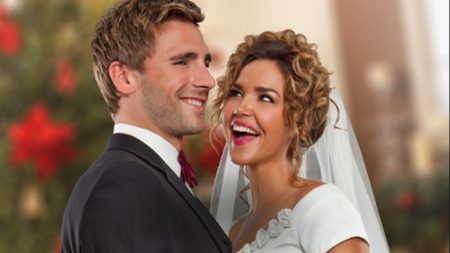 We just love the Hallmark movies

The to Star Trek Enterprise where we watch three episodes… Everytime one ended we looked at each other and said… “Just one more”.  we are now at Season 3 Episode 24.  After tomorrow we have Season 4 remaining and that has 24 episodes.  The next series will be Star Trek: Deep Space Nine is the third live-action television series in the Star Trek franchise and aired in syndication from January 1993 through June 1999. There were a total of 176 episodes over the show’s seven seasons.

Just an old retired guy trying to finish out my last years on this planet. I lost my best friend and wife in early 2020. I am involved seriously with a long-time friend, Mary, and life goes on.
View all posts by Paul →
This entry was posted in Food and Wine, Friends, Fun and tagged Christmas, Friends, Happy Hour, Malarkeys, TV Movies. Bookmark the permalink.