Average Day… For Us

Paul took a walk… Only an hour because we had to go to the movies.  Join him!

We went to see “Bridge Of Spies” which was excellent albeit a little slow… Perhaps because they wanted to tell the audience how slow the negotiation process really is! 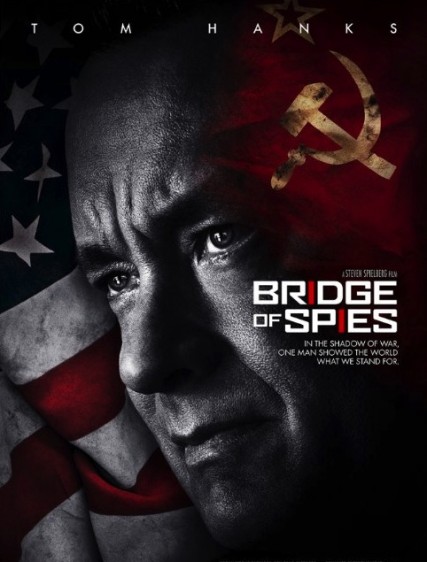 We dined at Kabuki before the movie as they now have several vegetarian selections.  Sue took Paul there so he could have sushi but Paul found a “Sea Food Hibachi” which was sea food served on a very hot plate of onions and mushrooms!  Outstanding! 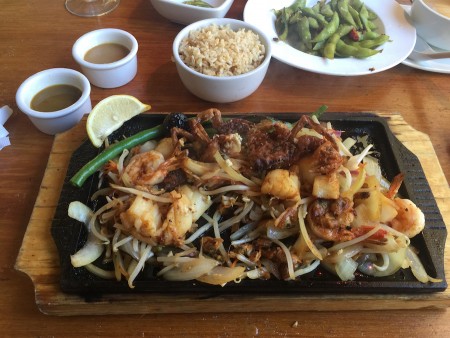 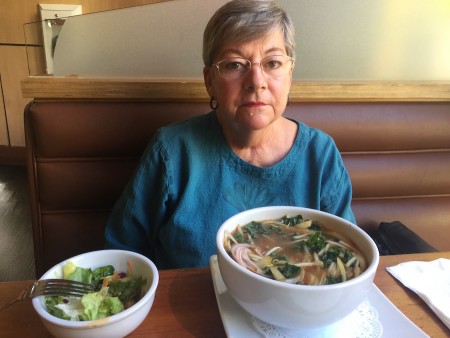 Sue look suspicious but it was indeed vegetarian 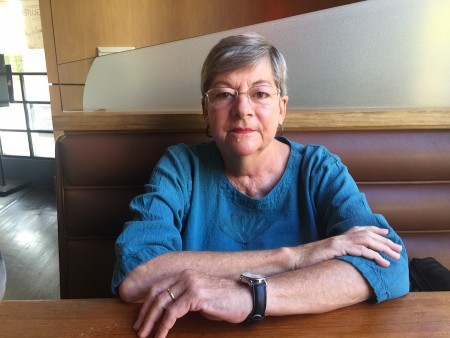 While awaiting our meal to arrive, Paul texted Dominic (a friend who left Downtown Disney and the Patina Group) to find out where he was working now… AMAZING!  Dominic was about 500 feet from us working as the manager of the Buca de Beppo!  After the movie we went to see him and have a drink!

From there we headed home to change clothers and get ready for the Orange Country Reperatory Theater to see “Vietgone”.  We took Greg with us and had a drink at the hotel before the theater.  Great play albeit a little rasty in the language department.

An all-American love story about two very new Americans. It’s 1975, and Saigon has fallen. He lost his wife. She lost her fiancé. But now in a new land, they just might find each other. Using his uniquely infectious style The New York Times calls “culturally savvy comedy”—and skipping back and forth from the dramatic evacuation of Saigon to the here and now—playwright Qui Nguyen gets up close and personal to tell the story that led to the creation of…Qui Nguyen. 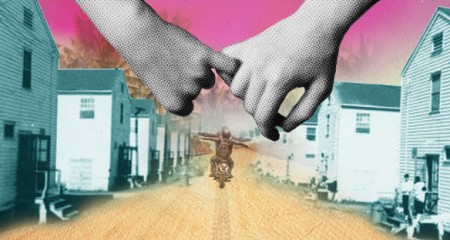 On the way home Paul spotted something strange in the sky.  It looked like a firework but that evening he found out that southland sky watchers will likely be staying up late tonight and tomorrow night in hopes of getting a glimpse of the Orionid meteor shower, with Los Angeles-area skies expected to be mostly clear for the aerial spectacle. 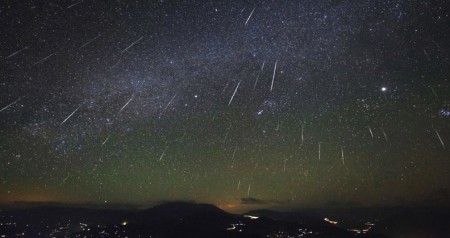 The Orionid shower actually began Oct. 2 and will continue through Nov. 7, but tonight and tomorrow night are considered the peak nights for viewing, according to officials at the Griffith Observatory.

Skygazers could see as many as 20 meteors per hour as they stream out of their “radiant point” in the club of the constellation Orion the Hunter.

We came home and watch NCIS before crashing!

Just an old retired guy trying to finish out my last years on this planet. I lost my best friend and wife in early 2020. I was blessed again by reconnecting with Dr. Mary Côté, a long-time friend. Mary and I got married July 28th, 2021, and are enjoying life together and plan to spend the rest of our lives being a blessing to our friends and family.
View all posts by Paul →
This entry was posted in Food and Wine, Friends, Fun, Movies and tagged Dining Out, Friends, Theater. Bookmark the permalink.