Ducks, Champagne, and A Play

We began the day at El Dorado taking our golf lesson.  We did well picking up a few hints..  Actually, Sue us again back to beating Paul at Golf since she modified her stance on the drives.   We ate lunch at Old Ranch and never ask for soup and half a sandwich…. They forget and served the entire sandwich.  Playing golf on a large Philly Cheese Steak is difficult! The cheese steak was developed in the early 20th century “by combining frizzled beef, onions, and cheese in a small loaf of bread,” according to a 1987 exhibition catalog published by the Library Company of Philadelphia and the Historical Society of Pennsylvania. 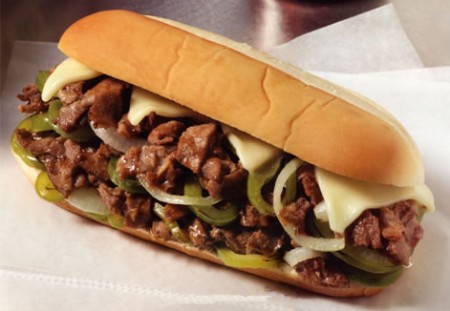 Dang thing was hugh and Paul ate it all!

We teed off at 12:15.  As we turned onto the sixth hole, our usual collection of hungry ducks were gone… a puzzle.  However, we did spot two that seemed to be a “couple” and since spring is on its way, it’s time for a new batch of duckies! 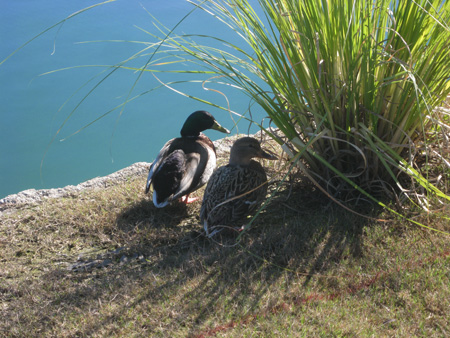 Bunnaford joined us at the turn and we played the back nine as a threesome.  To celebrate her good news, Bunny brought a bottle of champagne to the 19th hole.  She also called the “partier in charge” Miss Monica who arrange for a great outside table complete with cheese selections!  So we partied!  We left about 5:25 so we could pick up Greg for an adventure at South Coast Reperatory theater.  We saw “Circle Mirror Transformation”  which was ecclectic indeed. In a small Vermont town, Marty K holds forth in her summer acting class, populated by a flirty former actress, a pouty 16-year old, a recently divorced carpenter and Marty’s hippie husband. The theater “games” she devises for them are funny, imaginative and sometimes absurd, but the real drama lies beneath the games—where secrets come to light in unexpected ways. 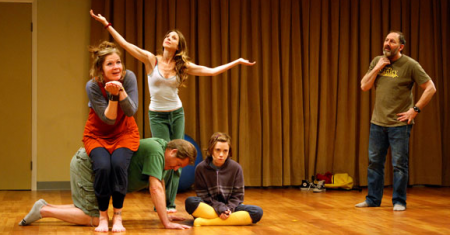 Greg & Sue enjoyed the play a lot, Paul enjoyed it in a different way!

Just an old retired guy trying to finish out my last years on this planet loving my best friend and wife, having fun, learning, and passing on helpful things to others.
View all posts by Paul →
This entry was posted in Friends, Theater and tagged Golf, Old Ranch, South Coast Rep. Bookmark the permalink.
Powered by Maribol IMDB Plugin