Fact:  The Jamestown settlers created the first American batch of eggnog, although it likely bore little resemblance to today’s comforting tipple.  The word nog comes from the word grog or any drink made with rum, and an early nog didn’t have the rich, milky base we now ladle out of grandma’s cut-crystal punch bowl. 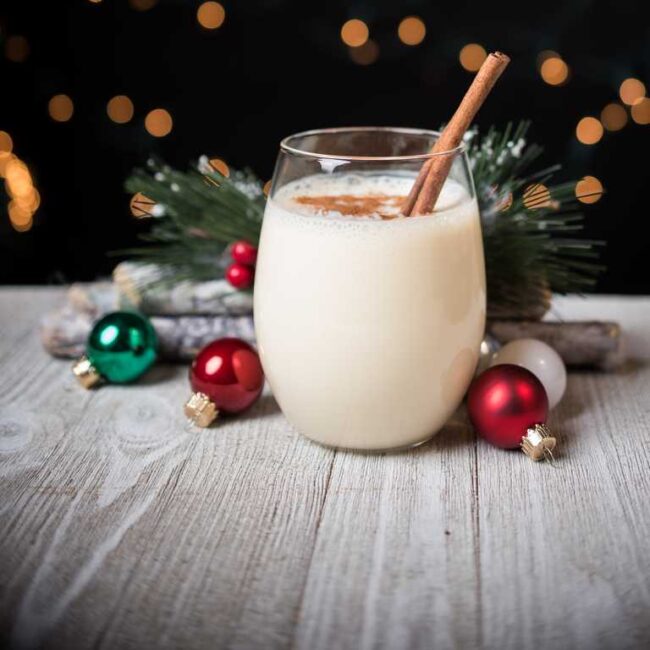 Eggnog is a delightful drink!

Even though it was drizzling, we took our morning walk into the wilds of the Casa Valencia Gardens to visit what will be St. Patrick’s Day dinner!  The cabbage looked great, and it was interesting to see the water bead up on the leaves!

At the turn of the century, cabbage was considered food for poor people.  It is regarded as one of the most nutritious vegetables and is thought to have intense anti-aging and anti-cancer properties. 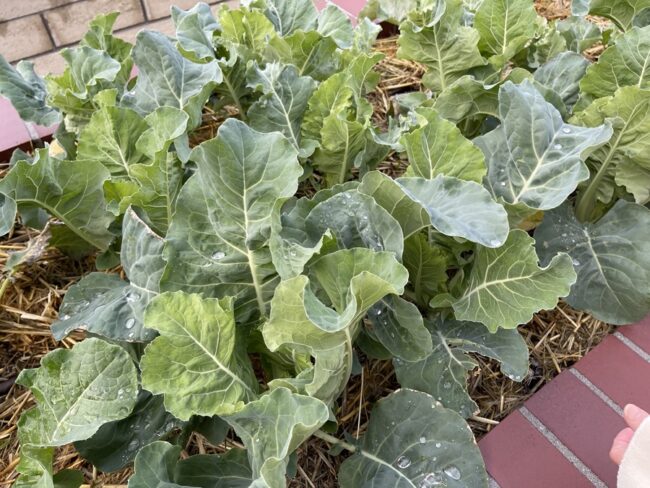 These guys will begin to form heads in about a week, and then they will grow into 3-6 pounds of cabbage heads!  What do you call a cabbage’s murder?  A slaw-ter!

Cabbage is considered Russia’s national food; Russians eat more than seven times as much cabbage as the average North American. 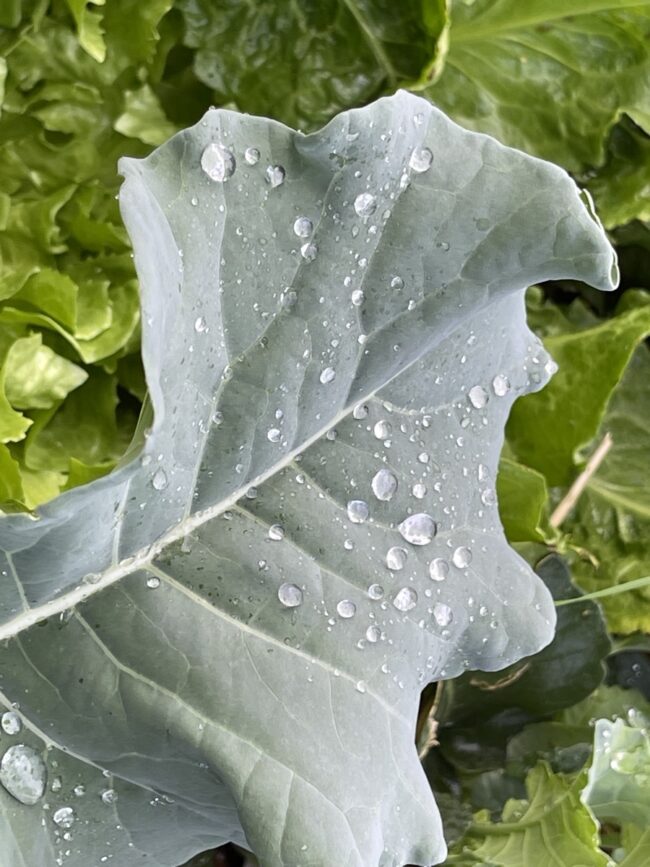 Gary came by and did some measurements as Mary wanted to put a coffee cup holder against the refrigerator that will hold 50+ cups from floor to ceiling.  He ought to have it ready before Christmas!

We departed Casa Valencia at about 11:00 AM heading for the UPS store to drop off some packages!  From there, we went VFR to the Elks Lodge in Santa Ana to verify we had seventeen tickets for New Years’ Eve; we did, and we are good to go! 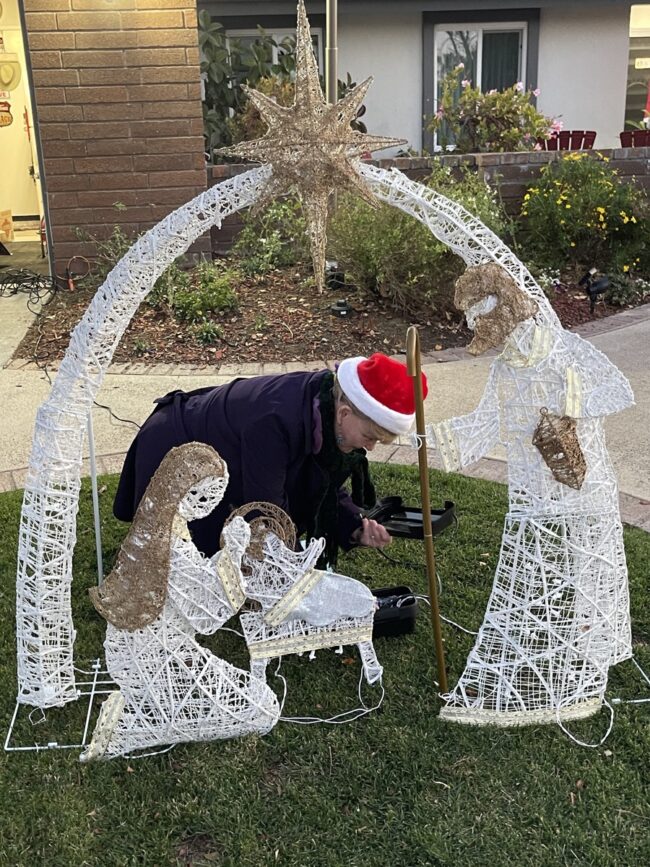 This could be a shocking experience!

We got Colleen’s contribution to the decorations, Santa’s helicopter!  This time he landed to the left of the driveway! 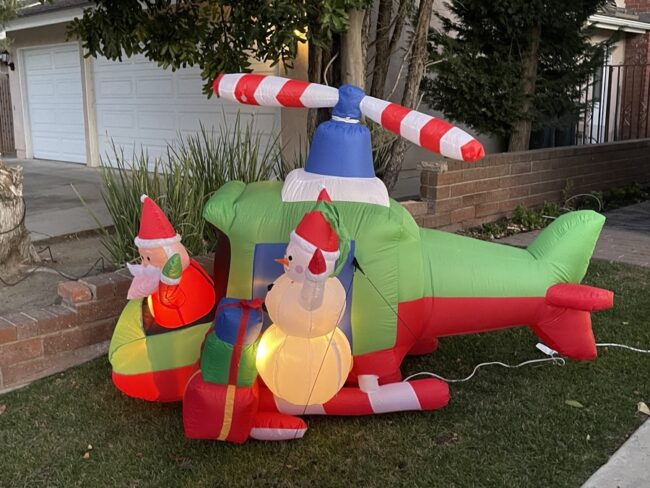 We noticed Santa was not lit up last night, so this required investigation!  Indeed, digging deeper into another packing box, I found the disco ball, and now everything looks normal. 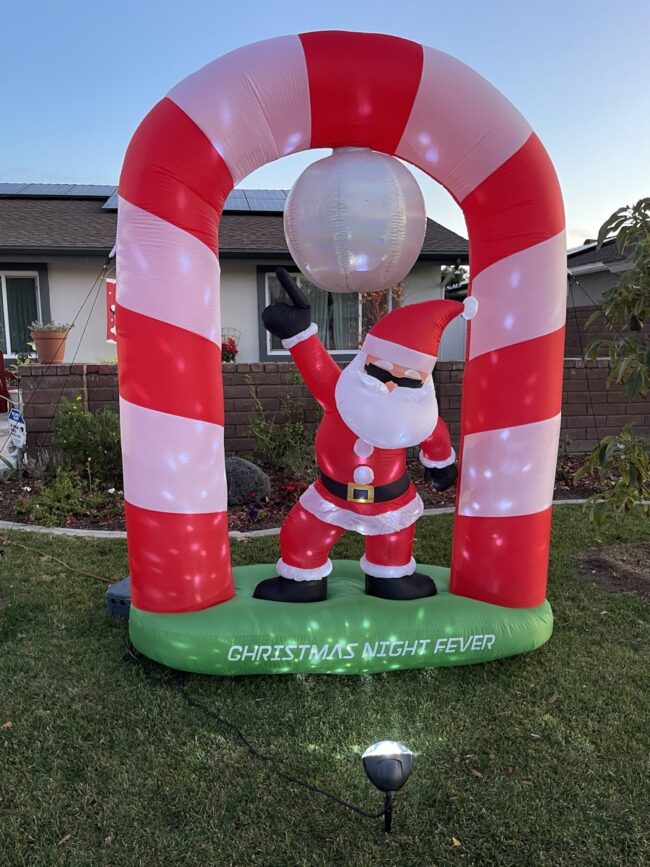 All we need is the outdoor lights, so tomorrow, Joe is coming over to assist me in finishing off decorating.   We hope the remaining LED light shows up! 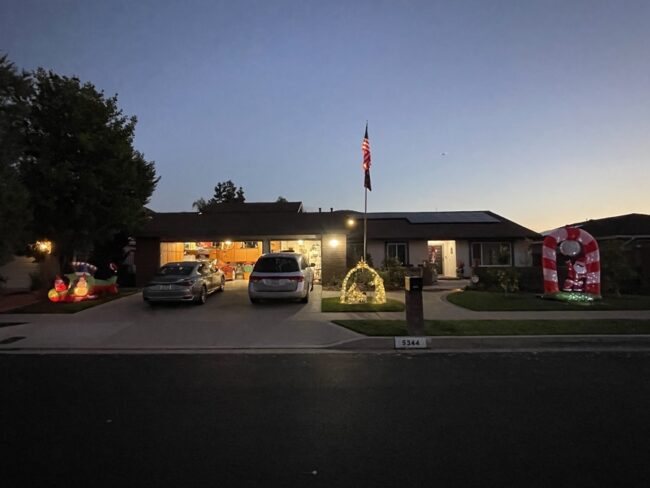 It looks OK, but the house lights are needed!

We went inside and watched a Christmas movie.  As usual, we thought it was great!  The film received negative reviews from critics and grossed $15.1 million worldwide from a $45 million budget, making it a box office bomb.  At the Golden Raspberry Awards, the film received nominations for Worst Picture, Worst Actor, and Worst Screenplay, winning neither.

We called Colleen and the Capps during the movie to share a little Christmas spirit. 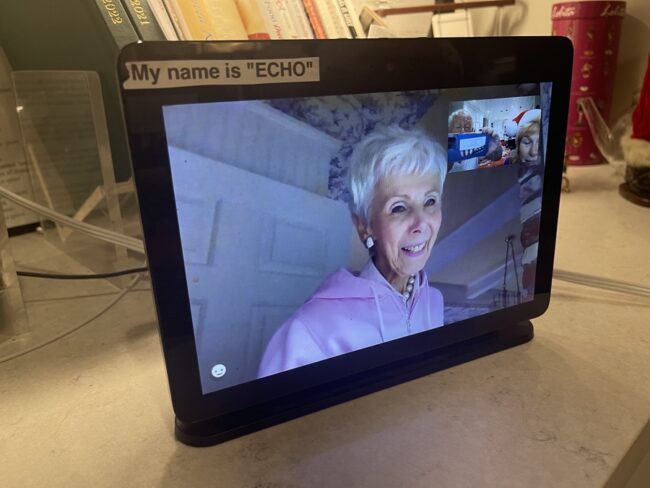 We crashed at about 9:30 PM, literally.  Mary tripped over Scout, who was in the dark hallway resting.  She landed on her arm, and it was pretty painful.  She decided it was just a sprain and did not want to go to the ER. 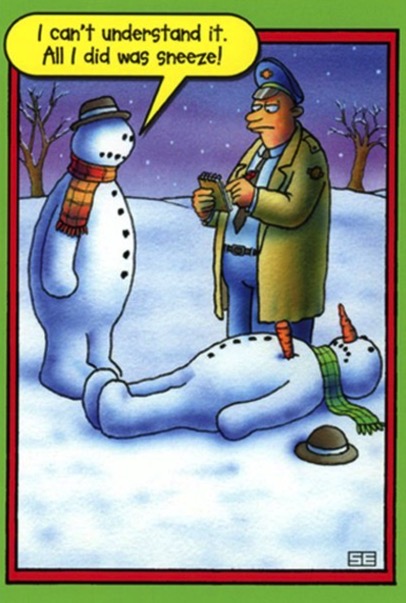 Just an old retired guy trying to finish out my last years on this planet. I lost my best friend and wife in early 2020. I was blessed again by reconnecting with Dr. Mary Côté, a long-time friend. Mary and I got married July 28th, 2021, and are enjoying life together and plan to spend the rest of our lives being a blessing to our friends and family.
View all posts by Paul →
This entry was posted in 2022 Vegetable Garden, Friends, Holidays, Just Us. Bookmark the permalink.