We played golf today completing 18 holes just in time for Happy Hour. We played with Randy Mizer on the front nine and  Tim Jensen on the back nine!  While on the 5th hole, we heard something and wow, a V-22 Osprey flew right over us.  He was doing some touch and goes!  Quite a flying machine! 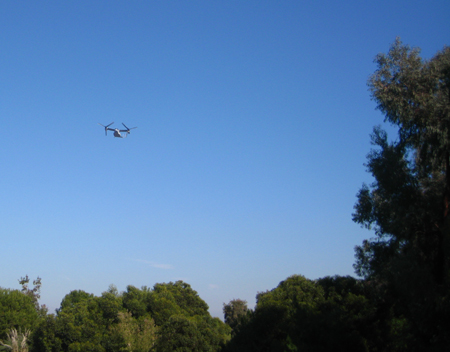 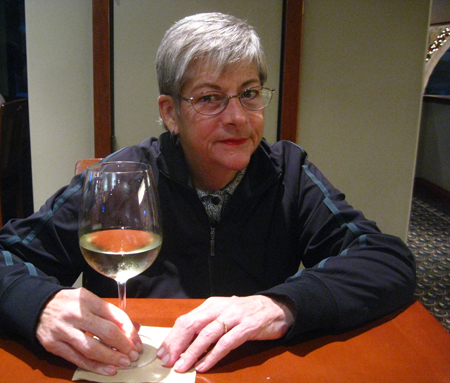 Happy Hour is our favorite time!

After going home to visit the babies, we again headed for the Cerritos Performing Arts Center to see  Big Bad VooDoo Daddy!  With its breakthrough role in the 1996 comedy Swingers, Big Bad Voodoo Daddy intoxicated audiences and cast a spell on the American contemporary Swing scene, quickly becoming one of the genre’s hottest acts. The band – known for its high-octane performances and the notable hits Go Daddy-O, You & Me & the Bottle Makes Three Tonight (Baby), and Mr. Pinstripe Suit – celebrates the festive season with an electrifying performance of holiday songs and Big Band Swing music. 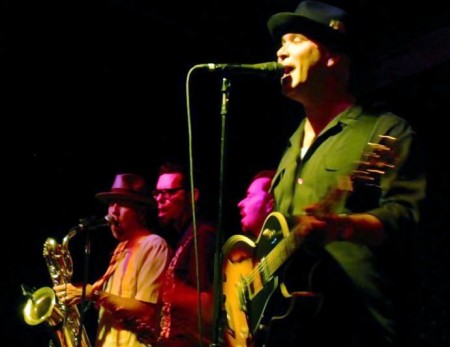 Dressed in their 40's clothes... They are outstanding! 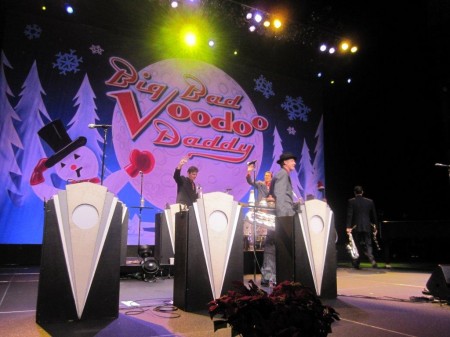 The "Vicky Cam" took the picture... We were so close! 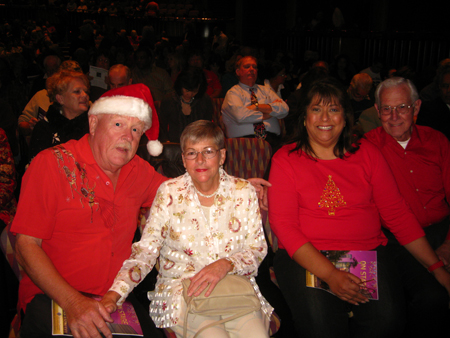 We were in the front row! Best seats in town!

We are home by 10:00 so it is time for a Christmas movie entitled “The Santa Incident“.  Summary: Mmmmmistletoe! Homeland Security may have some ‘splainin’ to do when its agents engage to destroy the Jolliest Old Elf in the world in “The Santa Incident.”  Two bungling Homeland Security (that’s about right) are sure the USAF shot down an alien!  Santa outsmarts them easily.  Enjoyable feel good  movie! 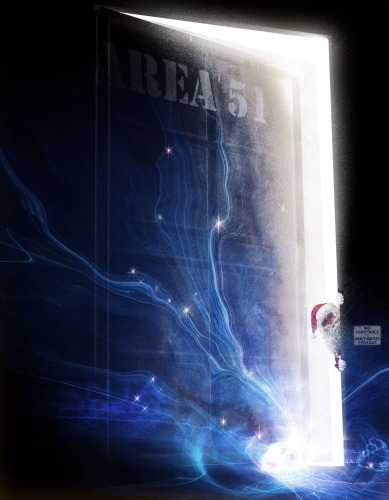 Fun will be had by all!

Just an old retired guy trying to finish out my last years on this planet loving my best friend and wife, having fun, learning, and passing on helpful things to others.
View all posts by Paul →
This entry was posted in Friends, Fun, Theater and tagged CCPA, Christmas, Friends, Theater, TV Movies. Bookmark the permalink.
Powered by Maribol IMDB Plugin