Tuesday Is Upon Us!

Fact: There is a Village Called Dull.  Dull is in Perthshire, Scotland, and to be honest, it does sound quite, er, dull.  There’s only one street of houses and a church!  Slightly less dull is the fact that it’s twinned with Boring, USA, and Bland Australia.  At least they have a sense of humor about it!

The neighborhood roosters called the cops on us for waking them up early with all the splish-splashing we were doing in the swim spa.  That was a fine way to start the day.  When the cops showed up with the complaint, we explained what happened, and they departed in the direction of the hen house.  The pesky roosters may end up as fried chicken! 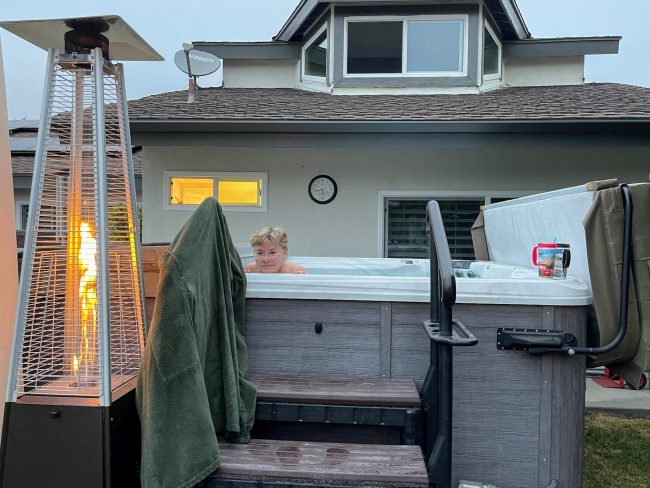 I was in hot water before 6:00 AM this morning.

We took Scout The Wonder Dog for a walk doing about 0.75 miles.  We dropped him off and did another 0.5 miles around the neighborhood.

We worked in the garden for a good hour, with Mary deadheading the flowers and me doing some strategic watering and cleaning up the workbench; it was loaded with the results of several projects I did over the last week.

When I was a kid, I used to make loads of money clearing leaves from gardens.  I was raking it in!

We decided we needed another wheelbarrow for the guys to move the dirt this Friday, so off to Home Depot with the van we went. 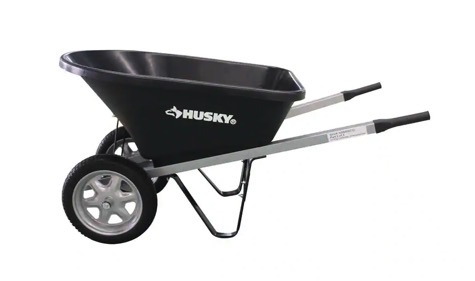 Two wheels is perfect for us!

Did You Know?  According to the history book The Records of the Three Kingdoms, by the ancient historian Chen Shou, the single-wheeled cart today known as a wheelbarrow was invented by the prime minister of Shu Han, Zhuge Liang, in 231 A.D. Liang called his device a “wooden ox.” The handles of the cart faced forward (so that it was pulled), and it was used to carry men and material in battle.

But the archaeological record bears out devices older than the “wooden ox” in China.  (By contrast, the wheelbarrow seems to arrive in Europe sometime between 1170 and 1250 A.D.) Paintings of men using wheelbarrows were found in tombs in Sichuan, China, that dated to 118 A.D.

It was on sale, so we decided that was what we needed; the two wheels make it a) easy to roll and b) easy to balance.  Plus, the wheels are solid, which means no flats!! 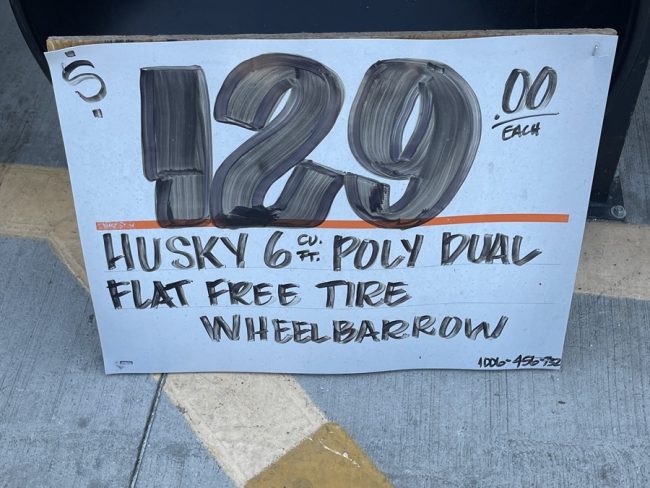 Now we have three wheelbarrows, but one is smaller for Mary to use in the garden.!

Did You Know?  Red Noodle Yard Long Bean Beans.  Non-GMO Warm-Season Annual Heirloom.  Red Noodle beans have an unusual purple-red color and are a well-known variety in southern China.  The bean pods can grow up to 22″ long, do not have strings, and the plant has gorgeous purple-blue flowers.  The bean pod loses its red color when cooked.  This vigorous plant is heat tolerant and perfect for warm climates.  In the Americas, these are mainly grown for their famous black-eyed peas.

We will cook these up tomorrow and see what we get; we thoughts they were green beans! 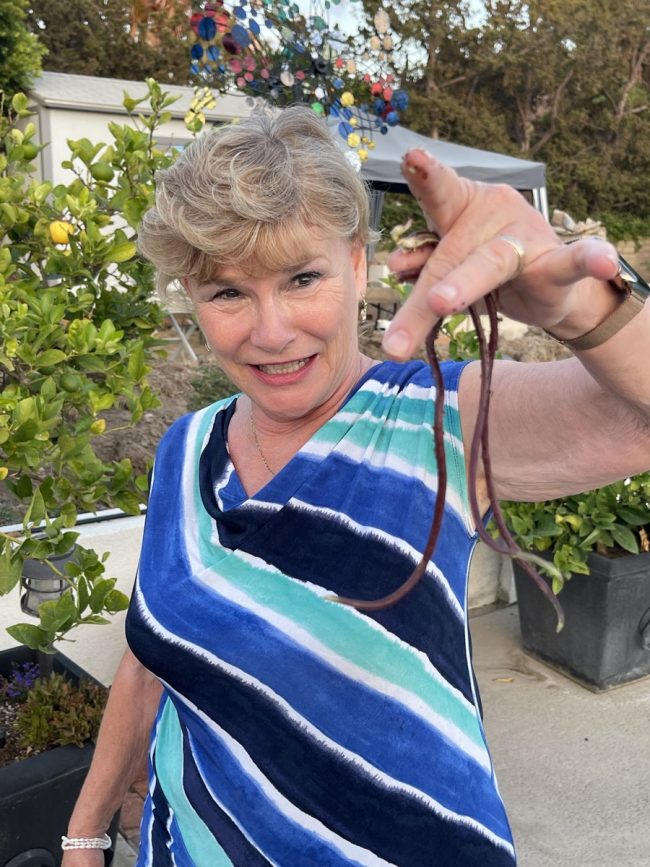 We are going to cook up the brown string beans.

At 3:00 PM, we departed and did a fly-by at Dianne’s, providing her some tomato pie and other goodies, which she is recuperating from her lousy cold while in Oregon.

We also had some pie for Bob Z. We called him at 4:00 PM and said we were dropping it by, plus taking him to dinner since Donna was working until 7:30 PM this evening.   Bob thought that was a great idea.

The trouble with eating Italian food is that five or six days later, you’re hungry again. 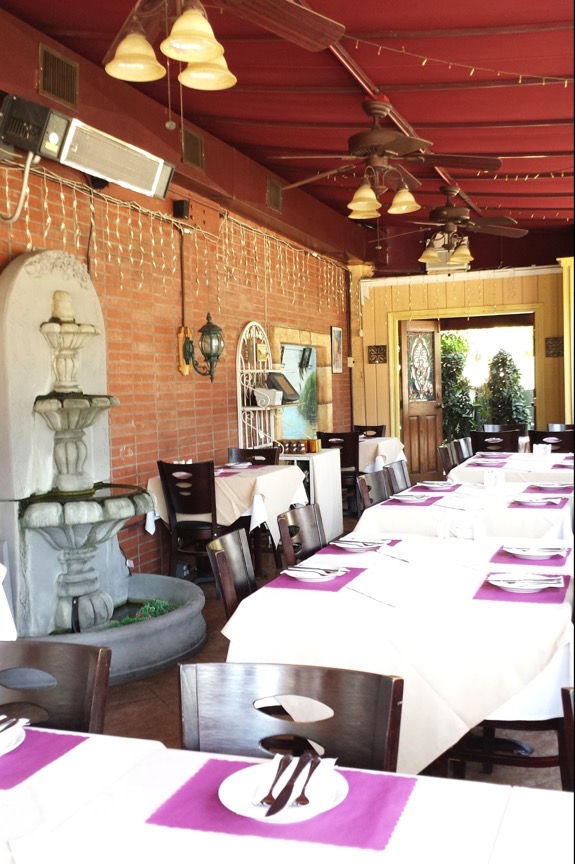 Returning home, I looked at the progress being made, which was considerable.  We are attempting to establish the height of the walls, so tomorrow, we will sit Dr. Mary down and see what the correct height is. 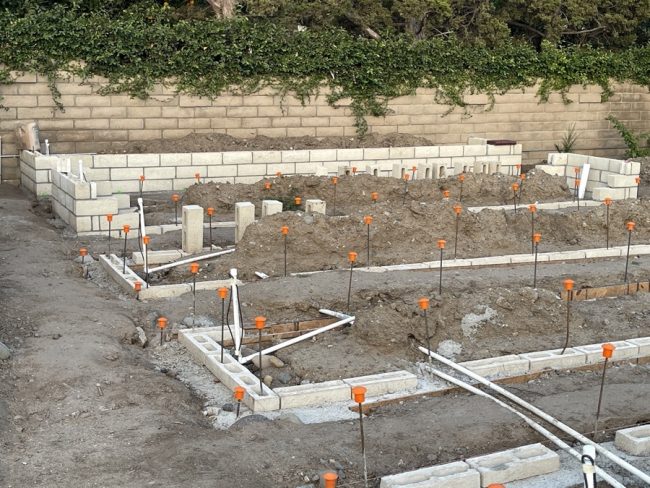 Progress is slow but sure.

The stacks gets smaller every day. 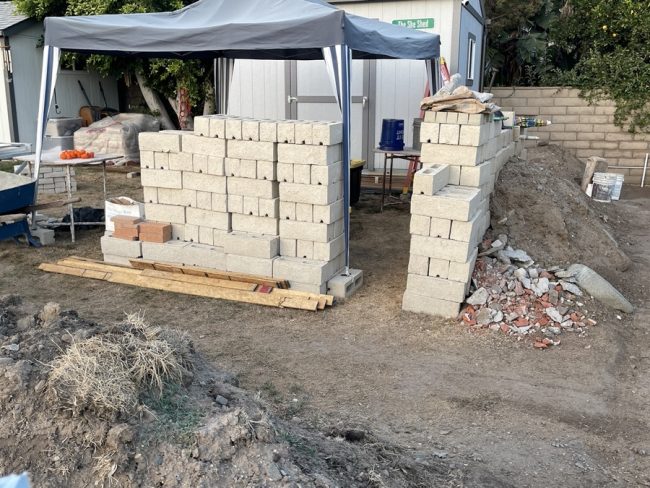 After dark, we went to the hot tub (swim spa) to soak out our pains and then sat by the firepit for a lengthy conversation about everything under the sun. 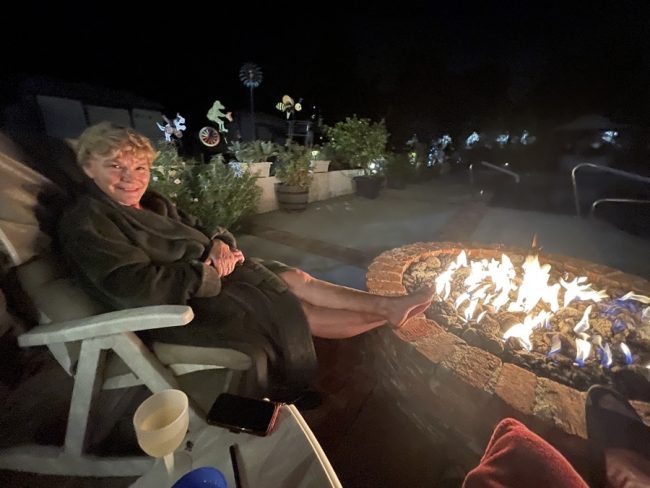 Back into the spa before bed.

The fire was terrific; we felt like two moths drawn to the light!  Fortunately, we did not get burnt. 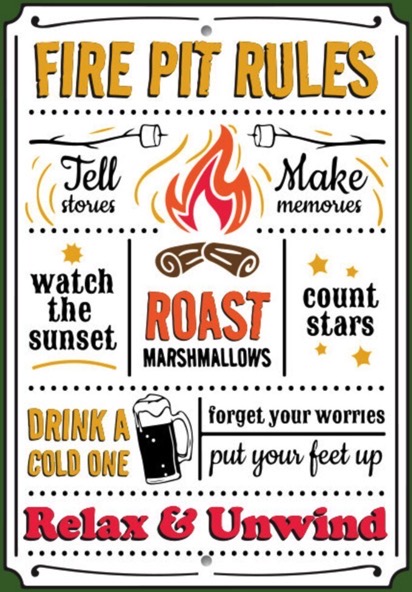 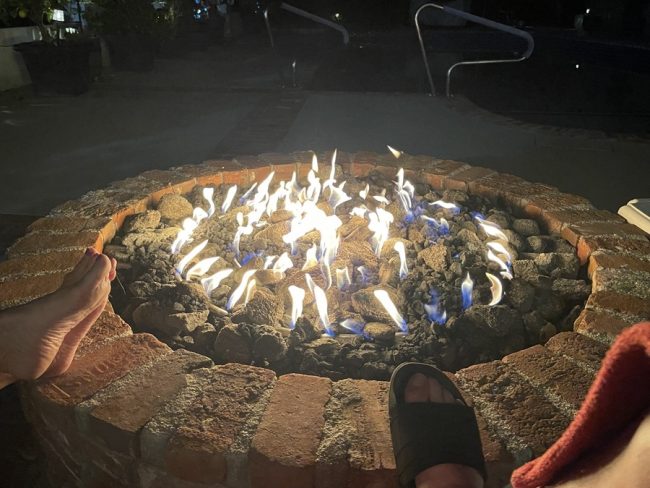 I was roasting the tootsies.

We crashed soon after that, but we read for a while.  We now have matching readers and read the same things.

Just an old retired guy trying to finish out my last years on this planet. I lost my best friend and wife in early 2020. I was blessed again by reconnecting with Dr. Mary Côté, a long-time friend. Mary and I got married July 28th, 2021, and are enjoying life together and plan to spend the rest of our lives being a blessing to our friends and family.
View all posts by Paul →
This entry was posted in Just Us. Bookmark the permalink.