Coming Home After An Amazing Weekend!

Fact: Greenland is the world’s largest island, located between the Arctic and Atlantic oceans, east of the Canadian Arctic Archipelago. The total area of Greenland is 2,166,086 square kilometers (836,330 square miles). It is around 2,650 kilometers (1,650 miles) long (north-south) and up to 1,000 kilometers (620 miles) wide (east-west). Greenland is a continental island composed of the same materials as the adjacent North American continent, from which it is separated by a shallow and narrow sea.

We were up early to get a Starbucks to drink while we packed. As I peeked out the door, I was met with a wet blanket of channel fog! 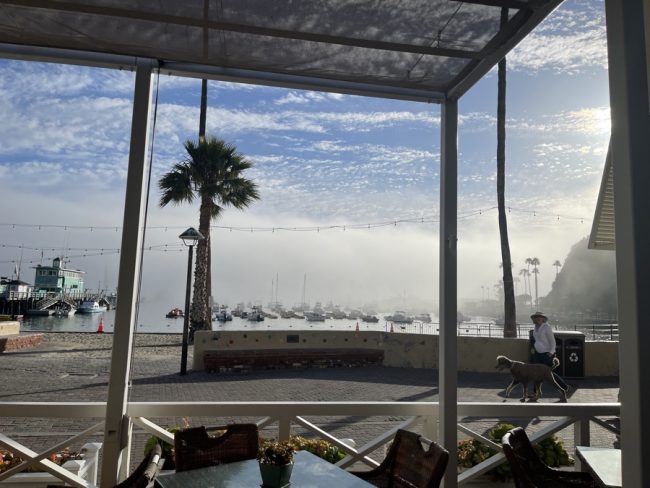 It was foggy outside!

The pier was almost gone; it reminded me of an Alfred Hitchcock horror movie! 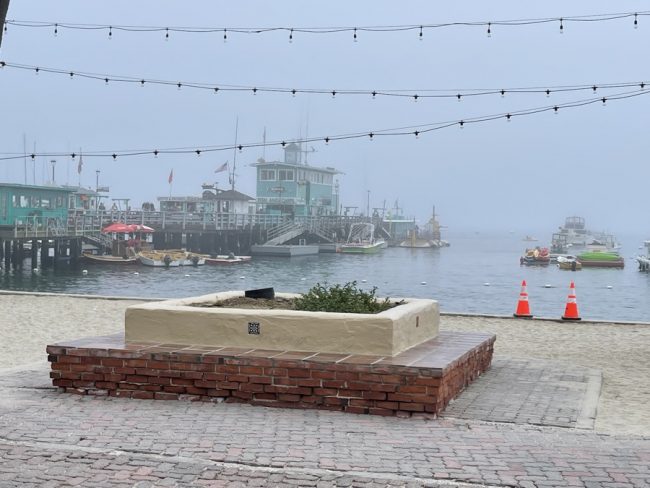 We hope the boat does not get lost!

Mary stopped for a glamor shot next to the harbor seal.

Did You Know? Old Ben was an enormous and friendly sea lion who first appeared in the Avalon harbor in 1898. He quickly became the town mooch, flopping through the streets, looking for fish snacks, and posing with Santa Catalina tourists for snapshots. He even appeared in a 1914 movie, “The Sea Nymphs,” before swimming off and disappearing in the early 1920s.

Avalon never forgot its flippery town pet, and in 1975 it erected a life-size concrete statue of Old Ben as its Bicentennial project — a statue reportedly so lifelike that real seals would bark at it. That statue was replaced by an identical one made of bronze in 1986, and in 2009 it was moved from its spot on the end of a pier to a more shutterbug-friendly downtown location. 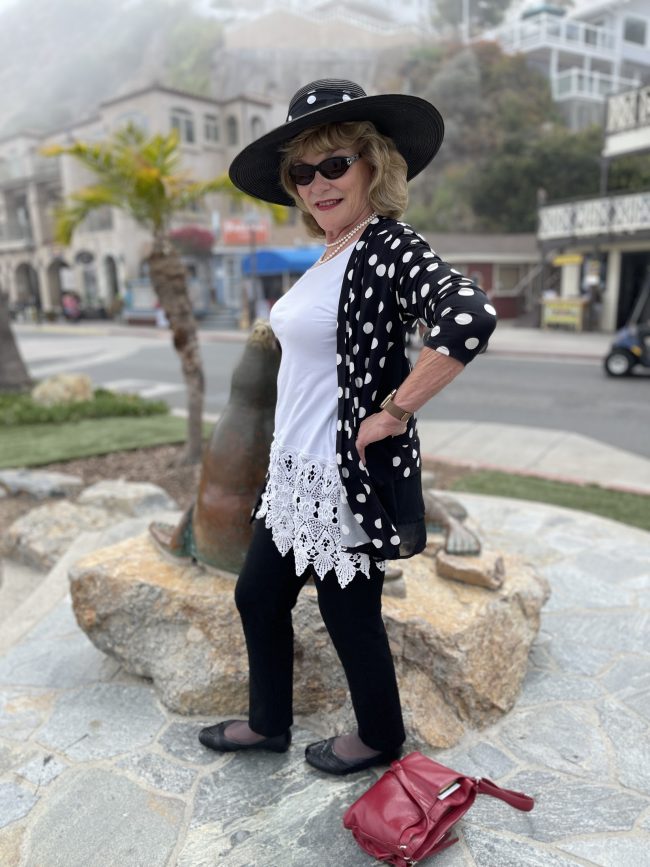 A new statue was added to the square.

Off to the dock, where we continued our non-stop cavorting. The Ash’s are staying until 6:00 PM to catch some rays! 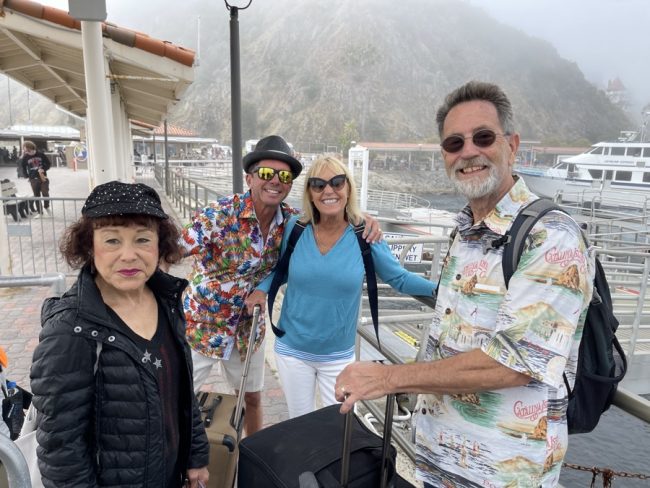 Come on the boat; we need to go home.

On the way home, we restuffed ourselves and then decided to go to Old Ranch for lunch! The lunch was great, and then it was home.   We surprised Irene, who was house and dog sitting, and Irene thought we were coming on Monday!

We found a glass of vino and then hit the Swim Spa for a good hour to get the kinks out of our backs from hauling the suitcases.

Just an old retired guy trying to finish out my last years on this planet. I lost my best friend and wife in early 2020. I was blessed again by reconnecting with Dr. Mary Côté, a long-time friend. Mary and I got married July 28th, 2021, and are enjoying life together and plan to spend the rest of our lives being a blessing to our friends and family.
View all posts by Paul →
This entry was posted in Adventures, Food and Wine, Friends. Bookmark the permalink.