We began with church and we are really enjoying it!

Afterwards we went to Cerritos for a “Clean Comedy Cavalcade”. The family-friendly Clean Comedy Cavalcade delivers laughs with Norm Crosby, “The Master of Malaprop” known for his humorous wordplay routines, ventriloquist Kevin Johnson, and comedian Mark Schiff. Grammy nominee Dale Gonyea serves up clever ditties that prompted the Los Angeles Times to christen him “heir to the piano-comedy throne.” Jeff Civillico delights fans and critics with his blend of comedy, juggling, and audience participation. 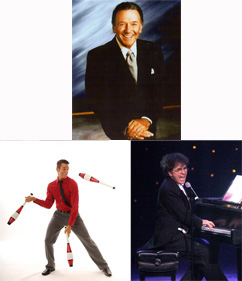 Then it was dinner/dance time at Old Ranch Country Club with the Chartier’s, Cathey’s, Kuhn’s, Adamson’s and us! 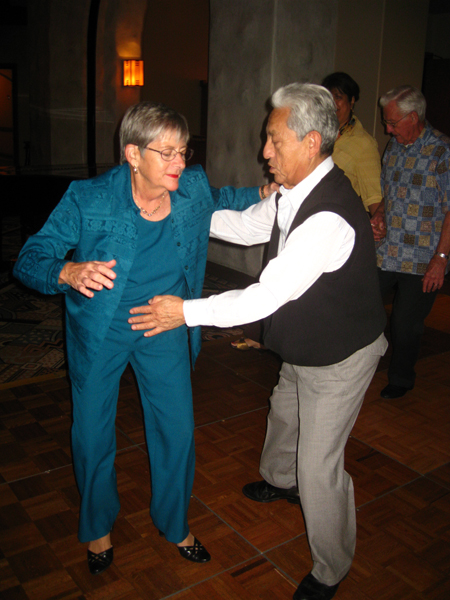 Vince and Sue, out for a spin around the floor! 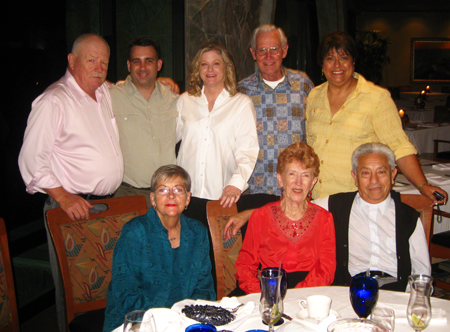 The working folks (James and Linda) departed earlier.. We closed the place down, again! 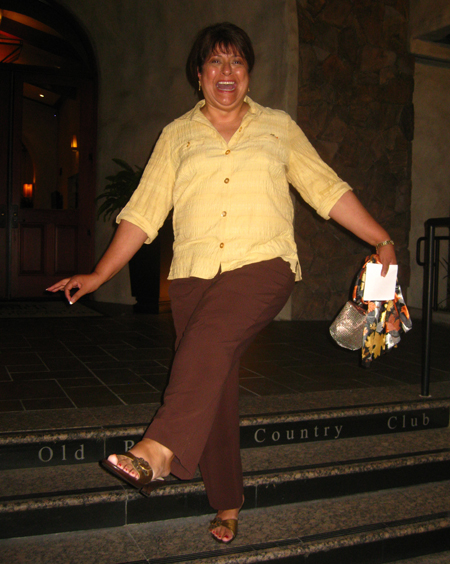 Just an old retired guy trying to finish out my last years on this planet loving my best friend and wife, having fun, learning, and passing on helpful things to others.
View all posts by Paul →
This entry was posted in Dancing, Family, Food and Wine, Friends and tagged Dancing, Dining Out, Food, Friends, Old Ranch, Theater, Wine. Bookmark the permalink.
Powered by Maribol IMDB Plugin