Another Busy Day In Paradise!

It’s never too late to be who you might have been.

The morning has arrived, and we are ready to take on the day!  First things first, we need to walk Five Miles!  We did our standard 0.8-mile jaunt skipping and whistling the whole time, or should I say we meandered around the block!

One of our clever neighbors has bugs in the front yard, so I stopped and took a couple of snaps.  These two are dating, we think!  I mentioned to Mary that I heard a rumour of a giant butterfly in Santa Ana.  It was probably just an urban moth. 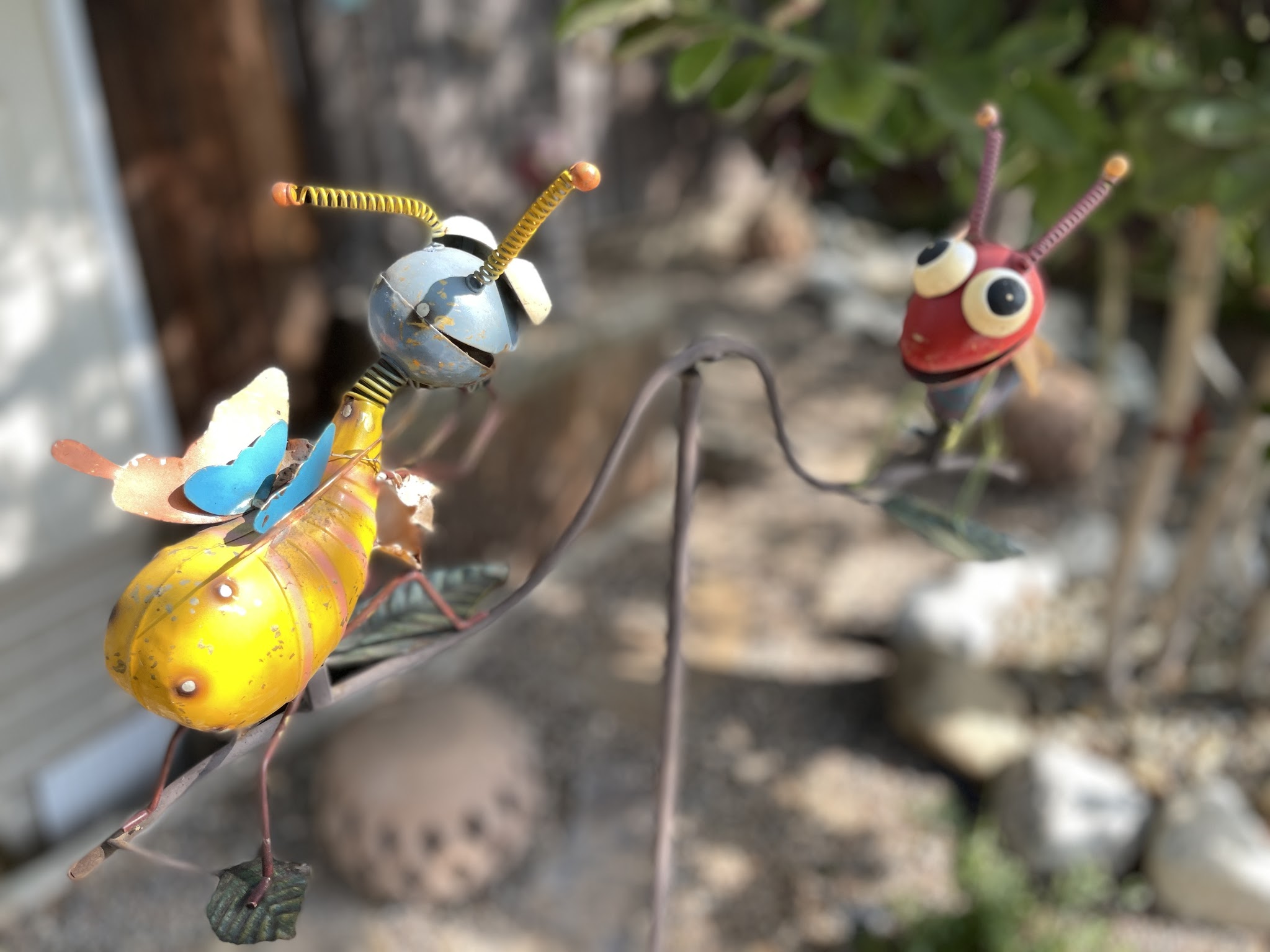 Look at the smile on this ‘ol boy’s face; he looks as happy as I feel. 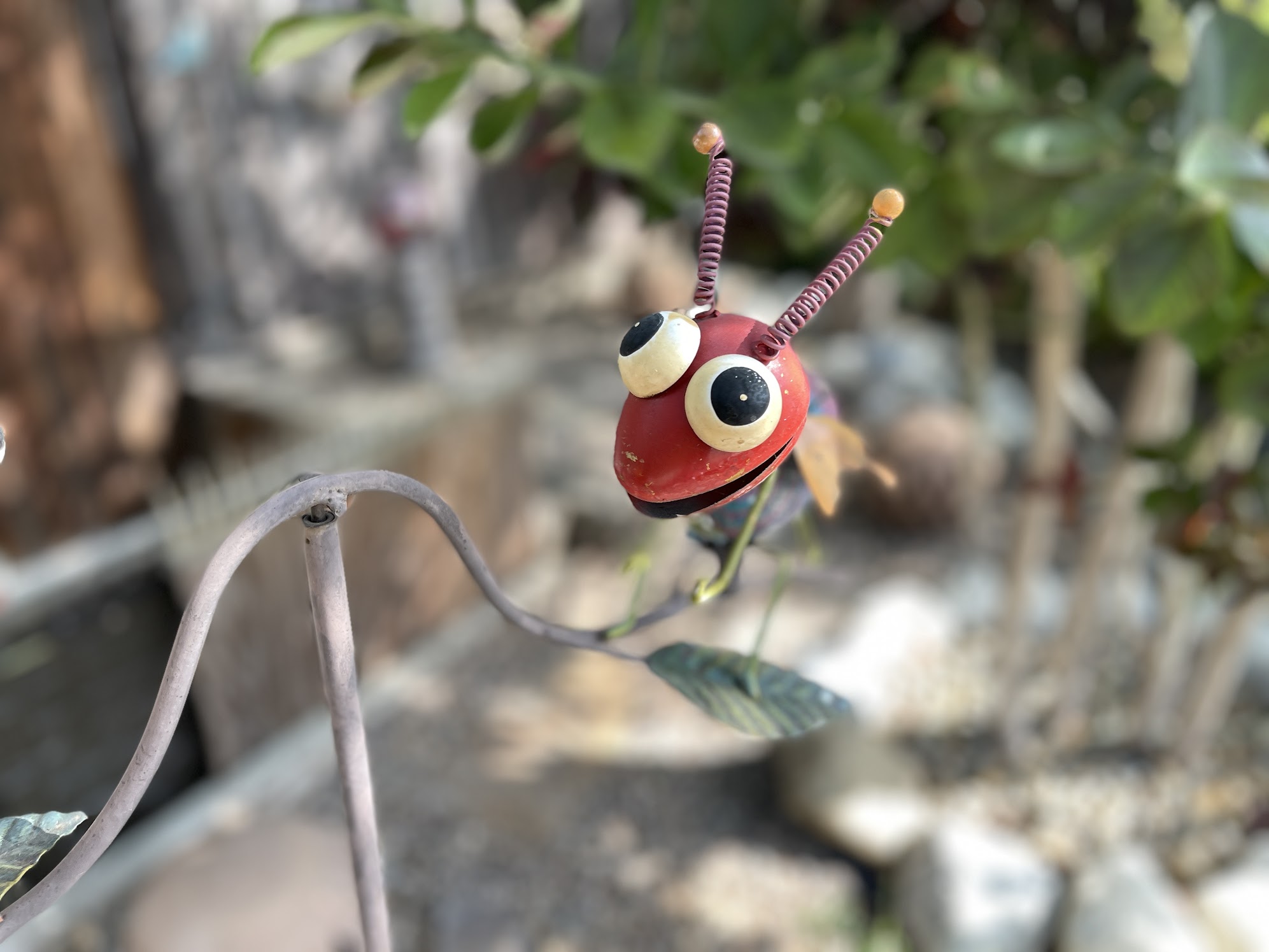 “I am waTCHING YOU!”

We talked to Scout as we walk and a picture came up on the iPhone of Scout one year ago when we tried to introduce him to H2O; he was not a happy camper!  We still have his inflatable pool. 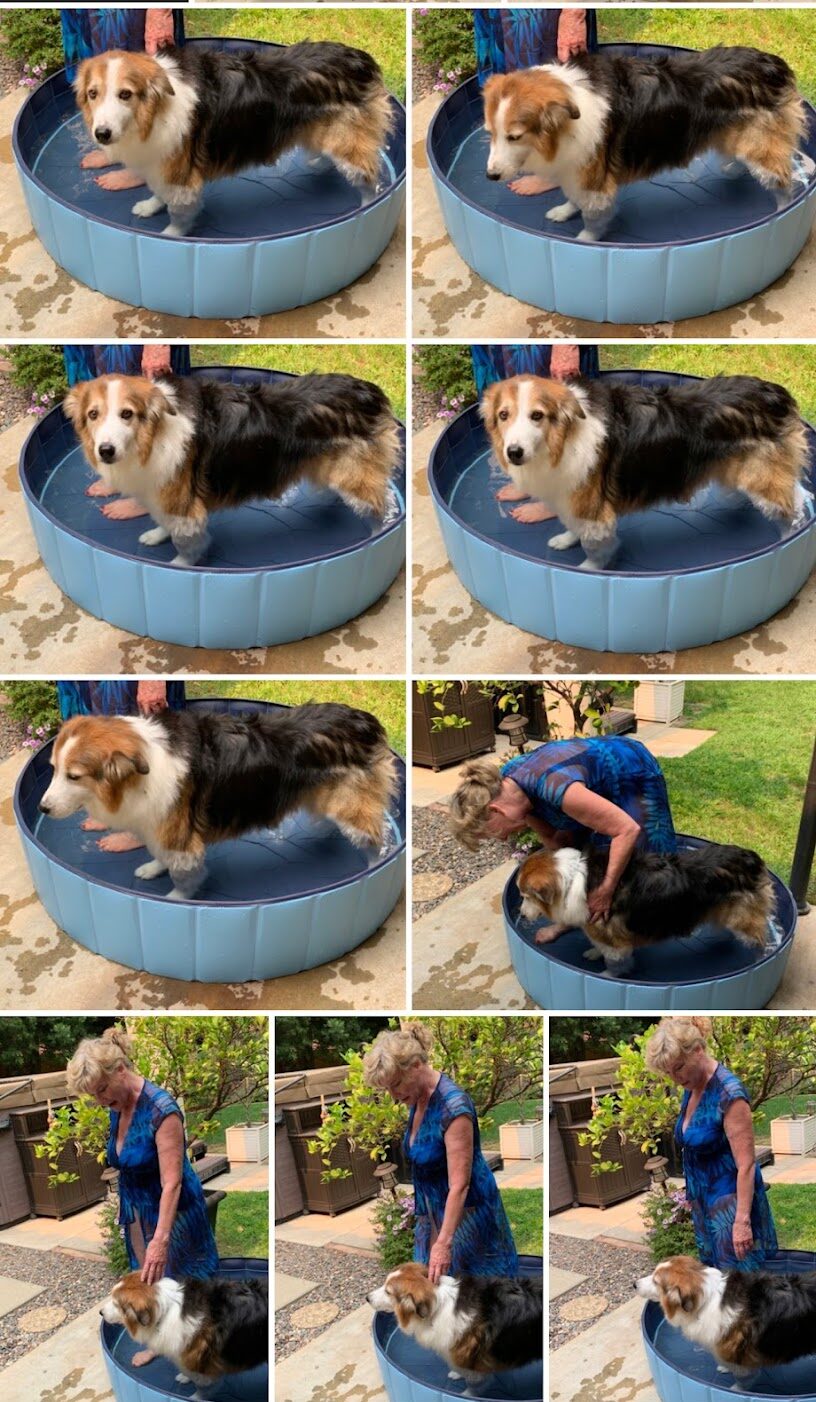 One year ago today!

Arriving home after walking Five Miles, Mary headed to the kitchen to make her “Egg McMommy’s.”  We sat on the patio and worked on the plans for the rest of the day! 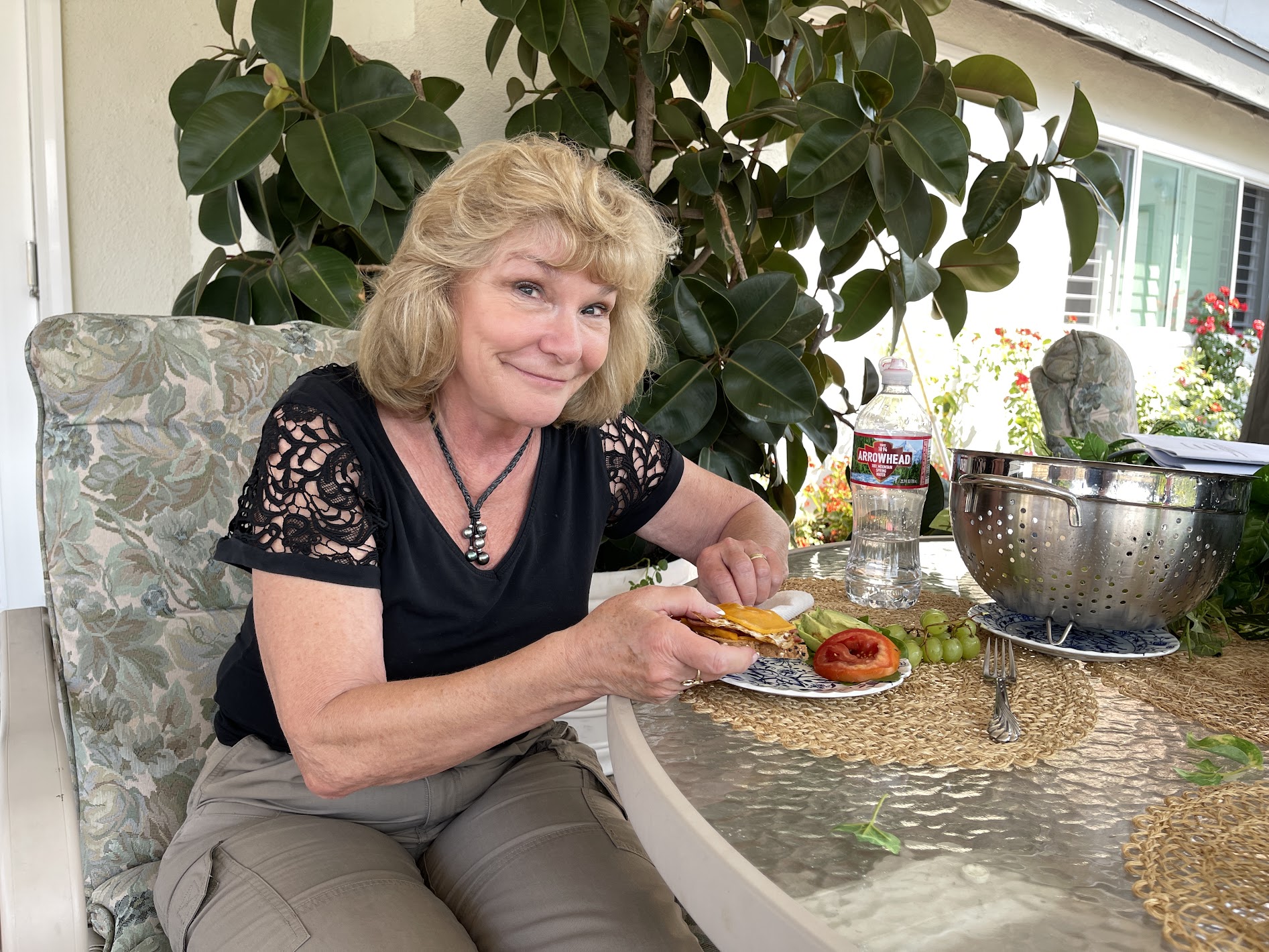 The cook gets to sit down finally!

I love these little devils! So good and chucked full of proteins! 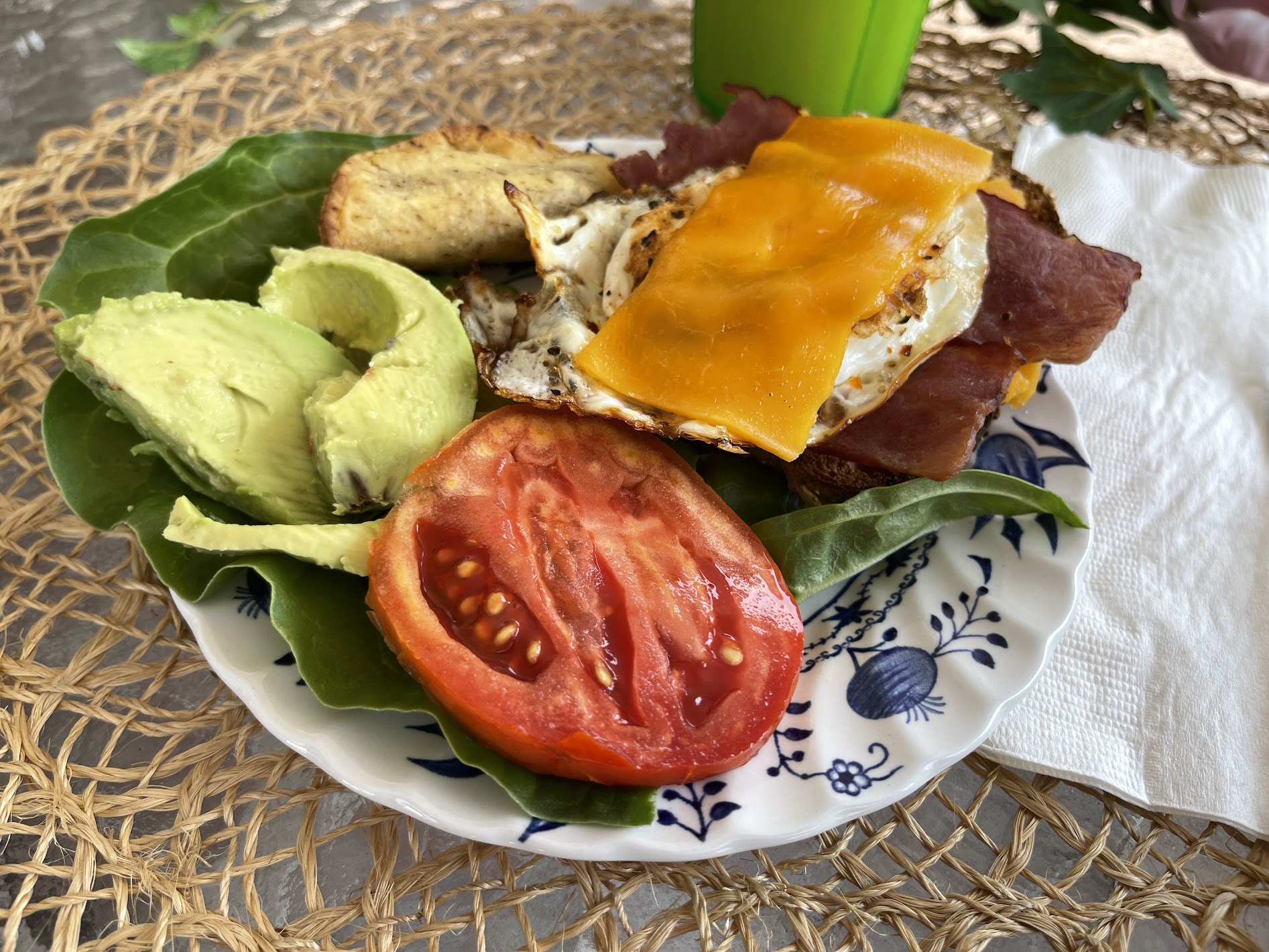 We worked in the office for two hours with Mary still changing addresses, and I unwrapped my new iMac, which I plan to put onto the network tomorrow.

The ISP and I have been battling to get some things fixed, and it appears most of them are now working again.  I have not been on the website doing much in a year, and things got changed, meaning things broke.  It appears as though it is all working now.

Our wedding pictures are online and not too bad, and I cut the picture cont in half.  I am still working on some of the comments. 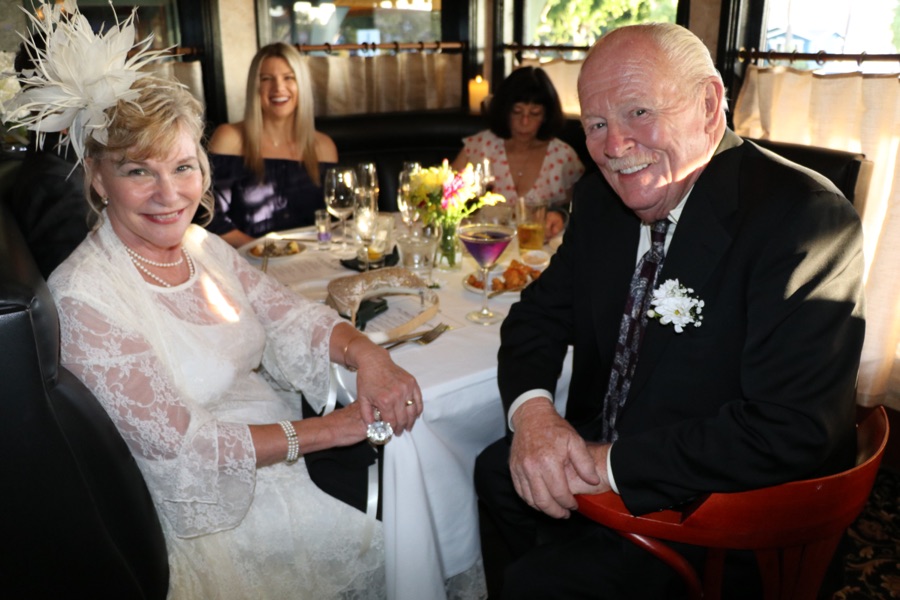 We made an appointment for File Miles to get his shots updated and get his ears cleaned at 3:00 PM.  At 1:15 PM, we headed for Lowe’s to get some small throw rugs for the entrances to the house.  We then went to Trader Joe’s to resupply our dwindling stockpile of Two Buck Chuck!

The other day I was proud of myself as I bought lemonade for my son Joe.  Well, after getting home, I found out I reached in and got orange juice instead.  Mary saved the day and made sure she bought Trader Joe’s lemonade. Now we have a cache of juice for the working man!

Of course, I could not pass up asking Mary, “How do you make a lemon drop? Hold it high and let go.” 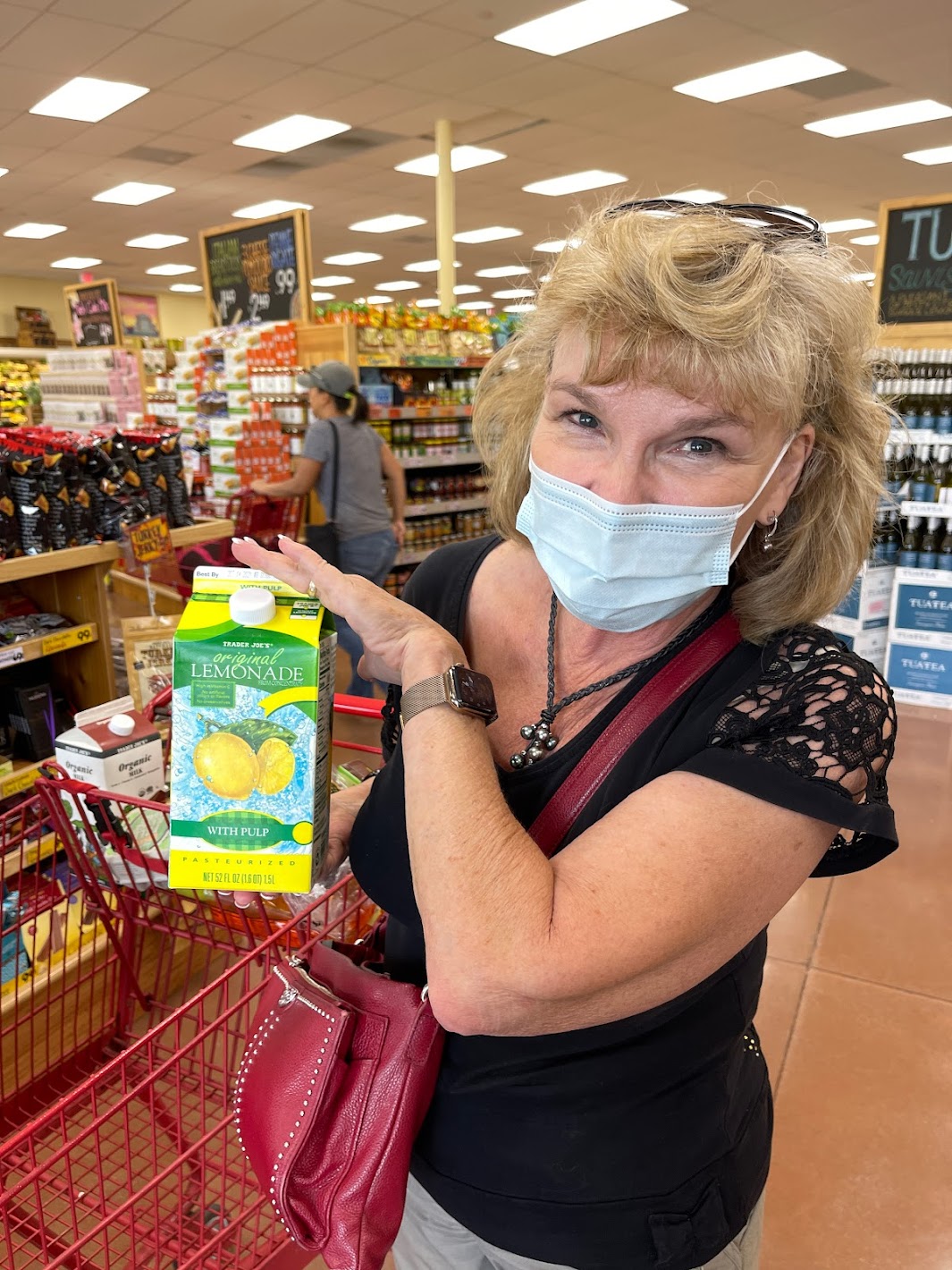 We dropped off Five Miles and were going to wait for thirty minutes, but Stater Brothers market was three doors down, so we went shopping.   We used our time well as soft drinks and some mixers for the party, plus goodies for dinner tonight!

Fibe Miles was happy to see us.  In fact he is working on his doggie sense of humor.  After visiting the vet he barked, “Did you know that Vets don’t like to buy stuff on Amazon?” We gave up quickly just to humor him. Then he barked, “They prefer choosing from a CAT-a-logue instead!”

We called Sydney, and she decided to join us tonight to help us put pictures on the wall. We did OK, but I must go into the She Shed and find some other pictures from Mary’s house before doing the pictures in the family room.

We had dinner with Sydney at Casa Valencia.  Mary brought a chicken home, plus we scrounged up corn chowder and chili, plus our lady friend, Marie Calendar, supplied us with a berry pie which we three made disappear! 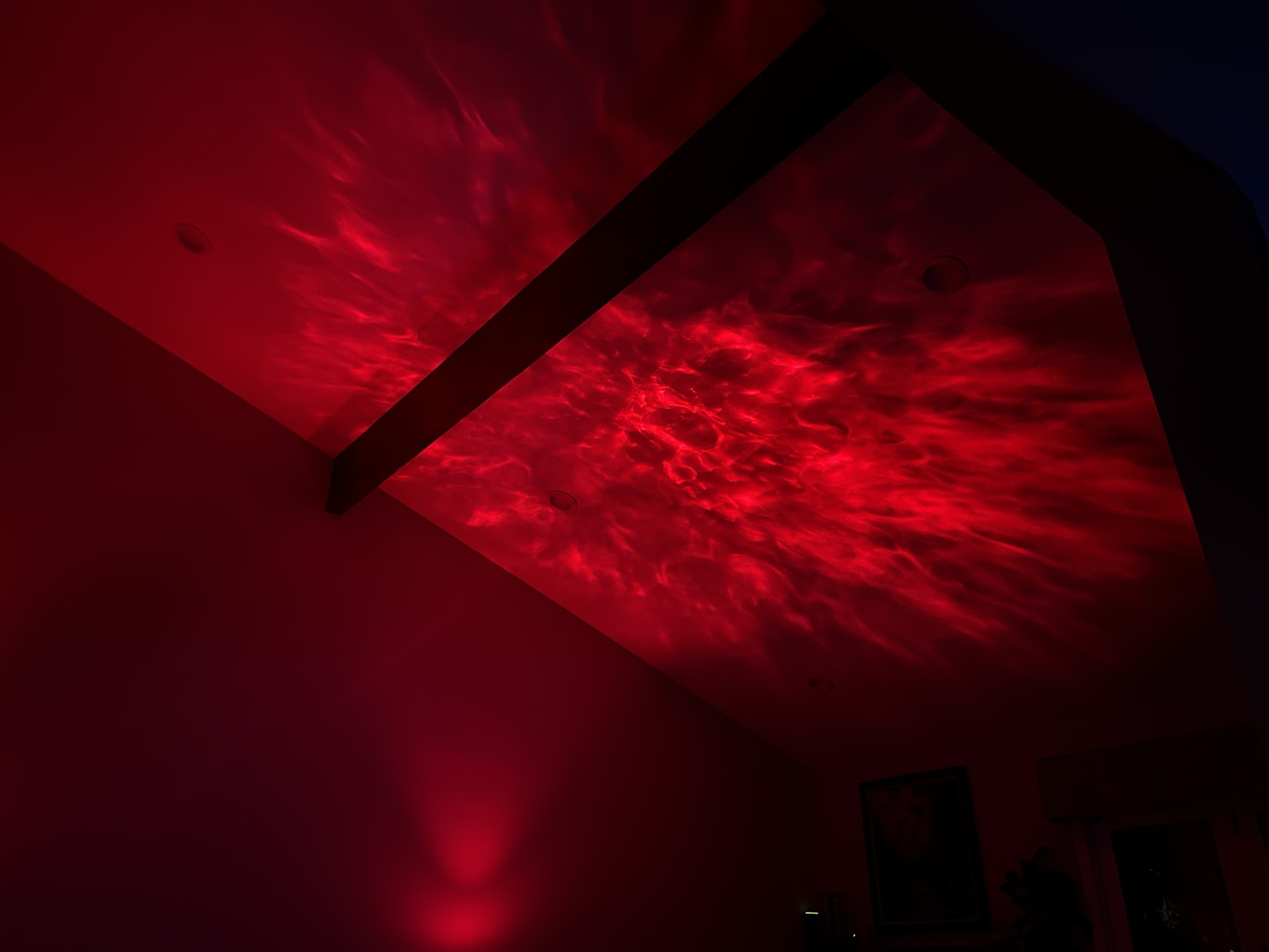 Nighttime in the family room.

After Sydney departed we crashed. I was disappointed because I thought we had all the pictures in the house so I plan to get a day laborer to come and empty the She Shed so we can go through all the boxes before repacking the She Shed again!