Chains do not hold a marriage together. It is threads, hundreds of tiny threads, which sew people together through the years.

Today would have been my 33rd wedding anniversary with Sue, but it was not to be. We did celebrate our thirty-first together before God took her from us, an amazing thirty-one years at that! The picture below was taken in my front room at my house, where we got married. 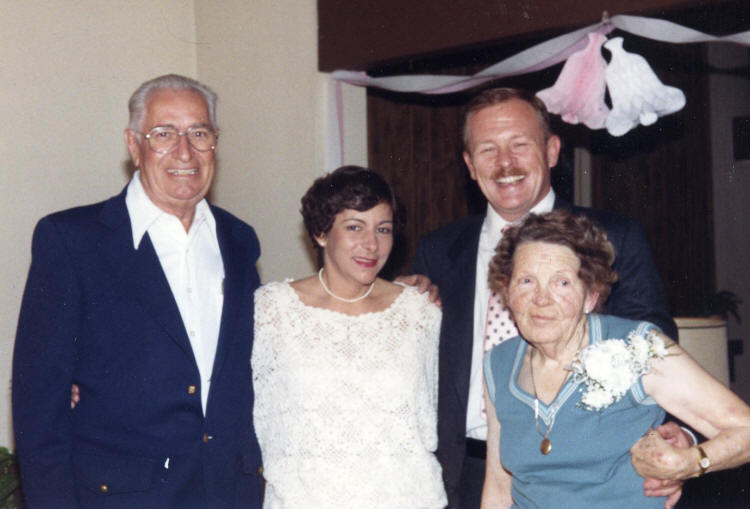 I got to Mary’s early as we had things planned, but almost as soon as I arrived, Vicky called, saying I should come over (next door) and visit Del for the last time as death was at the doorstep.   Mary was getting ready to go with me back to Los Alamitos and the heart doctor when the call came in.  She rushed, and we took off with Mary completing her makeup in the car as we raced back to my place.

I was blessed as I got to hold Del’s hand and say goodbye promising the impossible; I said I would try to keep Vicky out of trouble, a Herculian task at best.

Mary and I went to Old Ranch and had lunch before going to my heart doctor.  At 2:45 PM, we visited Dr. Vannatta and got some amazing news; my cholesterol level went from 148 to 67! The bad cholesterol went from the ’90s into the ’30s!

A dramatic change for the good!

Three years ago, the FDA approved two drugs that lower harmful LDL cholesterol values dramatically — by more than 50%. The drugs alirocumab (Praluent) and evolocumab (Repatha) belong to a new category of medications known as PCSK9 inhibitors. Both are given by a self-administered injection once or twice a month.

My “bad cholesterol” went from 100+ to 31, an amazing drop.  The new medicine, which I have to take as a shot every two weeks, worked miracles. If this keeps up, I can delay an open heart surgery until years away!  We were both quite happy.

I needed to go to the bank, and while there, Diane called because she remembered the anniversary.  I am fortunate to have such a great sister-in-law with a supportive family.

We went to the Fish Company and got a mess of oysters for Vicky, her favorite.  When we returned home and delivered the oysters next door.  Robbie met us a the door and told us  Del had passed at 3:26 PM.  I was so happy I got to say goodbye to that amazing man.

We got a text from Vicky…

Thank you for the oysters; we had our last laughs before he left , before they took him away with the oysters. I’ll share with you later it was funny because he didn’t like oysters and that was the last time I could actually get on his nerves by putting them under his nose so he can smell them…even though he’s already passed and it was funny… we were all making fun and having laughs thank you I ate them all myself because everybody else was gagging. I’m sure he will get me later for that.

I never thought oysters would be the hit of the party; yours were!  I think we just needed a good release laugh valve.

The picture below is from his 85th birthday at Old Ranch. 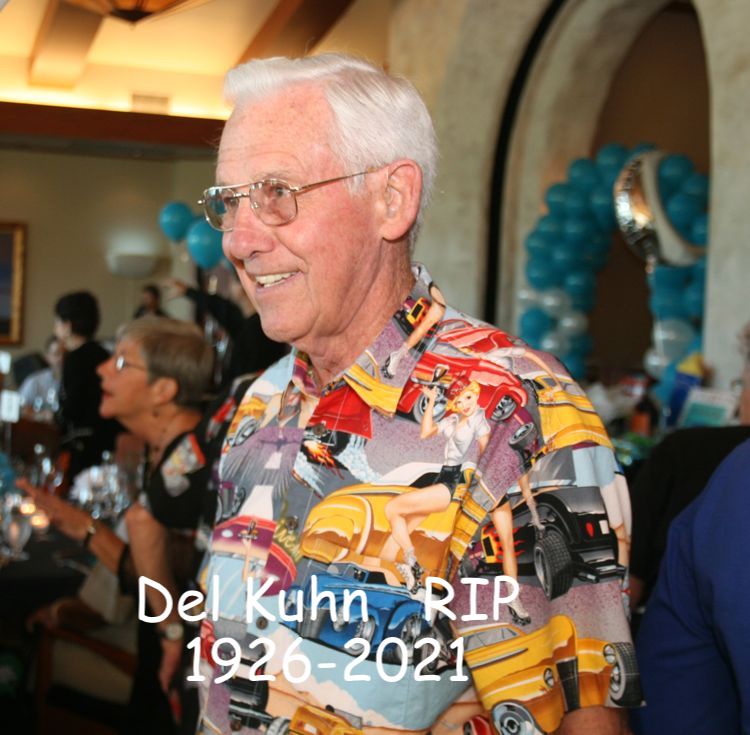 We departed my place at 4:30 PM and headed to Mary’s to get ready for dinner at Santa Ana’s Elks.  We stopped and visited Dianne and David on our way, delivering some clam chowder to David.

We had our own separate room courtesy of Bill Capps, but I think it was more to isolate me from the other members and protect Bill’s reputation than for the dining experience!  Mary did a salad, and I tore into their 10 oz steak, which was done perfectly! 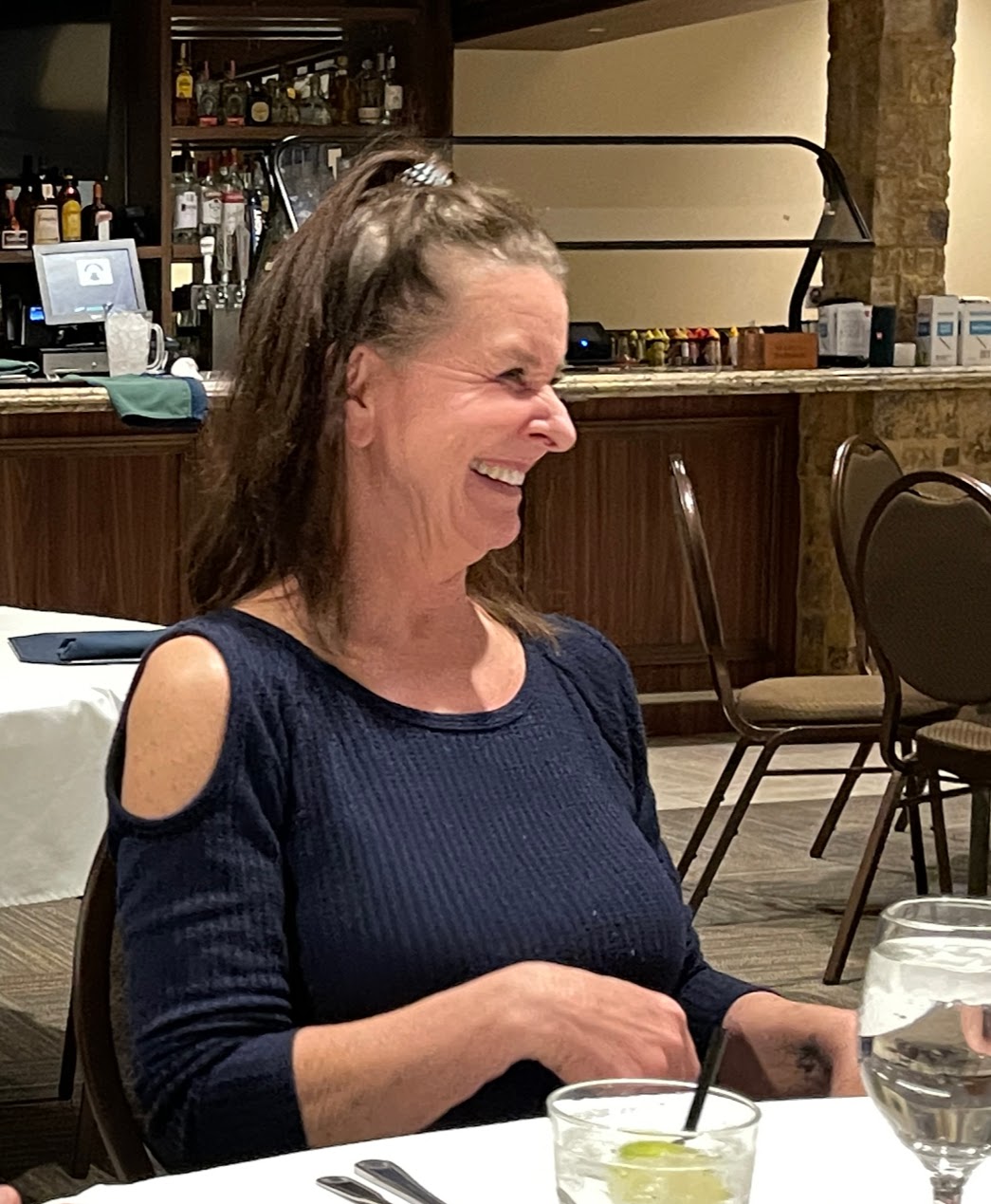 Karen, Our guest of honor!

We finally got to meet Dan, and he was funny and fit right into this crazy group! 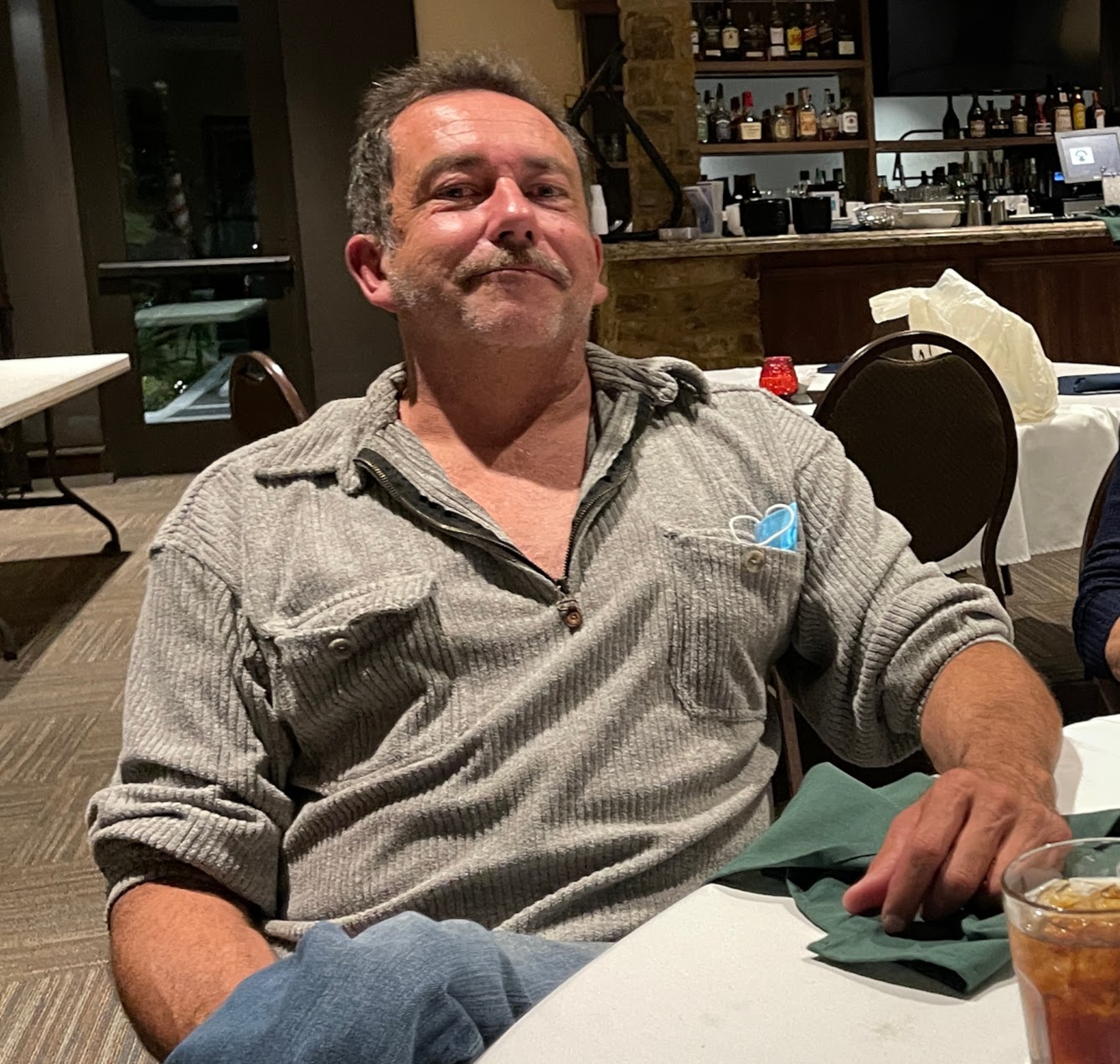 Bashful Dan, I caught him on camera with a smile!

Mary and Bill joined the group making for delightful conversation.  Mary and Karen have been friends for twenty-plus years.  Having dinner with friends is very relaxing and it especially nice when the banter is witty. 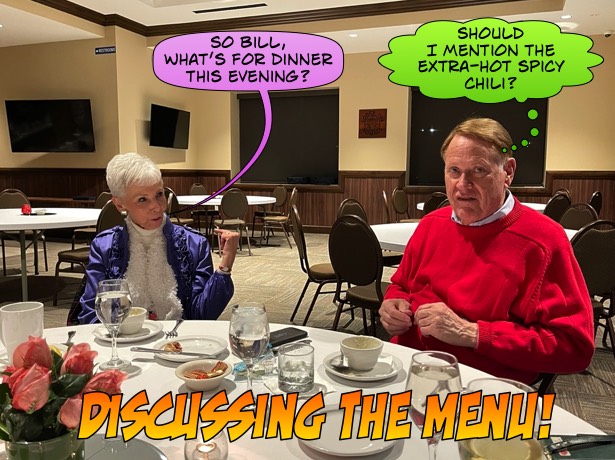 Menu selections are under negotiation.

My Mary was with us, and she is explaining the finer art of keeping your eyes in good health.  Thank you, F. Scott Fitzgerald for this: “The world only exists in your eyes. You can make it as big or as small as you want..” 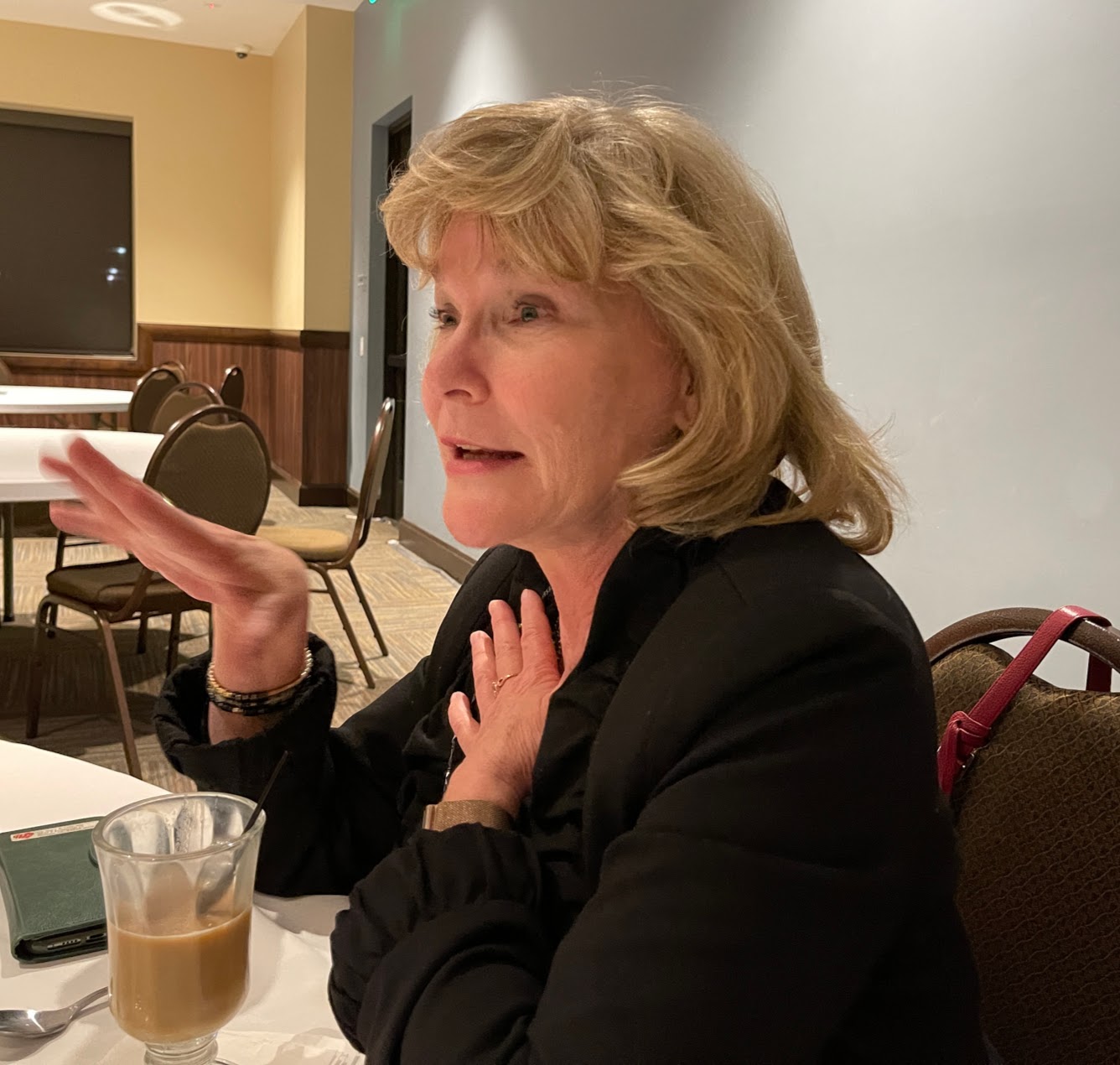 As usual, I was the cameraman, and I failed to get a shot of myself (probably good, saves wear and tear on the camera lenses).

We departed around 9:30 PM for Mary’s after a wonderful meal. 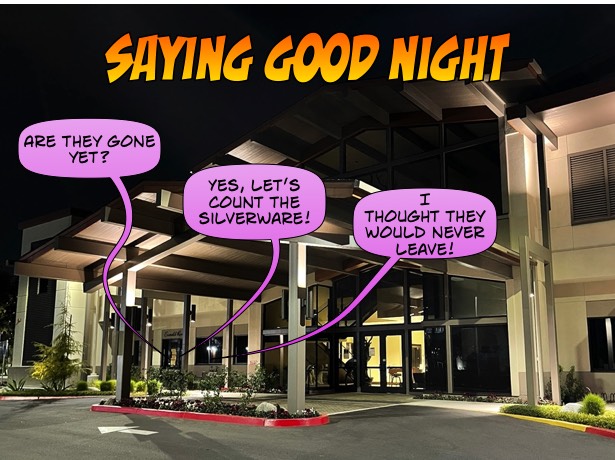 Arriving home, we crashed as today was somewhat emotional.

Just an old retired guy trying to finish out my last years on this planet. I lost my best friend and wife in early 2020. I was blessed again by reconnecting with Dr. Mary Côté, a long-time friend. Mary and I got married July 28th, 2021, and are enjoying life together and plan to spend the rest of our lives being a blessing to our friends and family.
View all posts by Paul →
This entry was posted in Food and Wine, Friends. Bookmark the permalink.