Twosday And We Are Busy Doing Errands

Tuesday is the day I actually start the week on Monday. I just deal with the depression of the weekend ending.

We are up and going because we have appointments.  Scout, The Wonder Dog, has a beauty shop appointment in Orange at 10:30 AM and Mary has an MRI appointment nearby at 11:30 AM.  First-class care for the pampered pet. Did you wonder why Scout didn’t go to the MRI appointment? 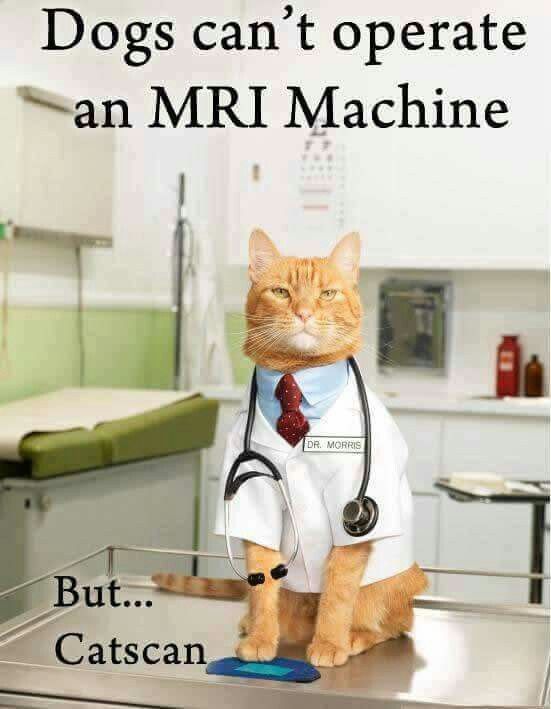 A few minutes after the MRI, we decided to go to the Orange Elks Lodge, but when we walked up to the door, it was closed!  So we went next door and dined inside, having a veal piccata and a glass of wine!

Time to pick up the pup! We went to The Clip Joint, and Scout was modeling his new do!  Prancing back and forth, we knew he was handsome, and he stunk pretty also!  On the way home to Los Alamitos, he demanded the window be down so he could smile at the passing cars.  I swear, he got three or four wolf whistles.

The great pleasure of a dog is that you may make a fool of yourself with him, and not only will he not scold you, but he will make a fool of himself too. 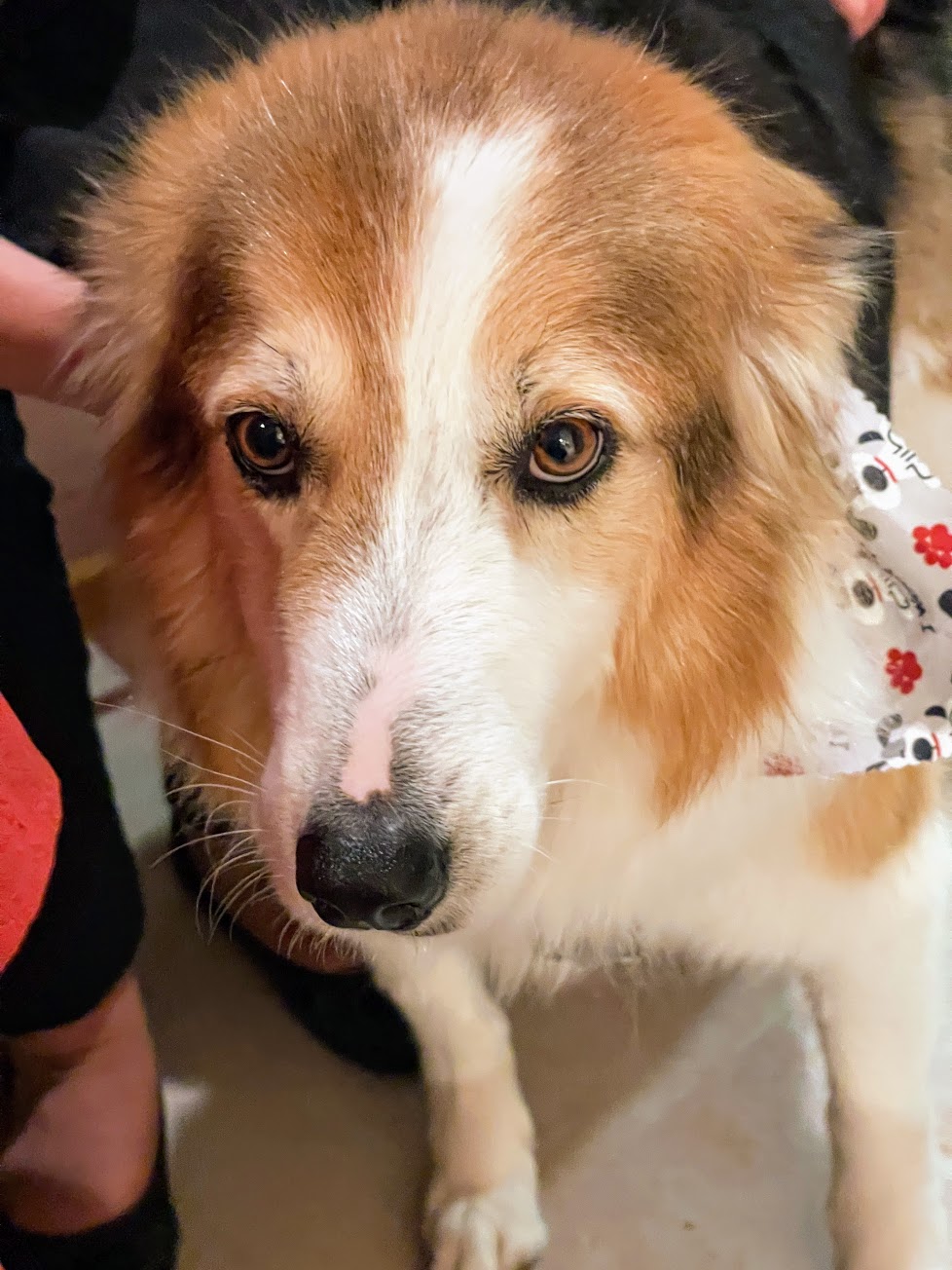 Just plain pretty!!! And he knew it!!

After returning home, Mary and I went to the local big-box hardware stores.  She was looking for an area rug, so I brought the van.  The van was happy to get out and about.

We found what we needed, and then it was off to the market for milk, half-and-half, artichokes, and other necessities of life; Mary goofed and let me go in alone!

Now it was time to get serious.  Mary whipped up a Spinach & Mushroom Quiche; spectacular meal fit for a king!  I told Mary of the time I was in French, and I asked the barmaid for a quickie; the man next to me said, ‘It’s pronounced quiche.’  Hey, French is difficult!

Quiche originated in the German kingdom of Lothringen, where it was called Lothringer speckkuchen. This region was under Germanic rule from the 4th to the 17th century.

I do have one rule about quiche:  Never order barbeque in a place that also serves quiche. 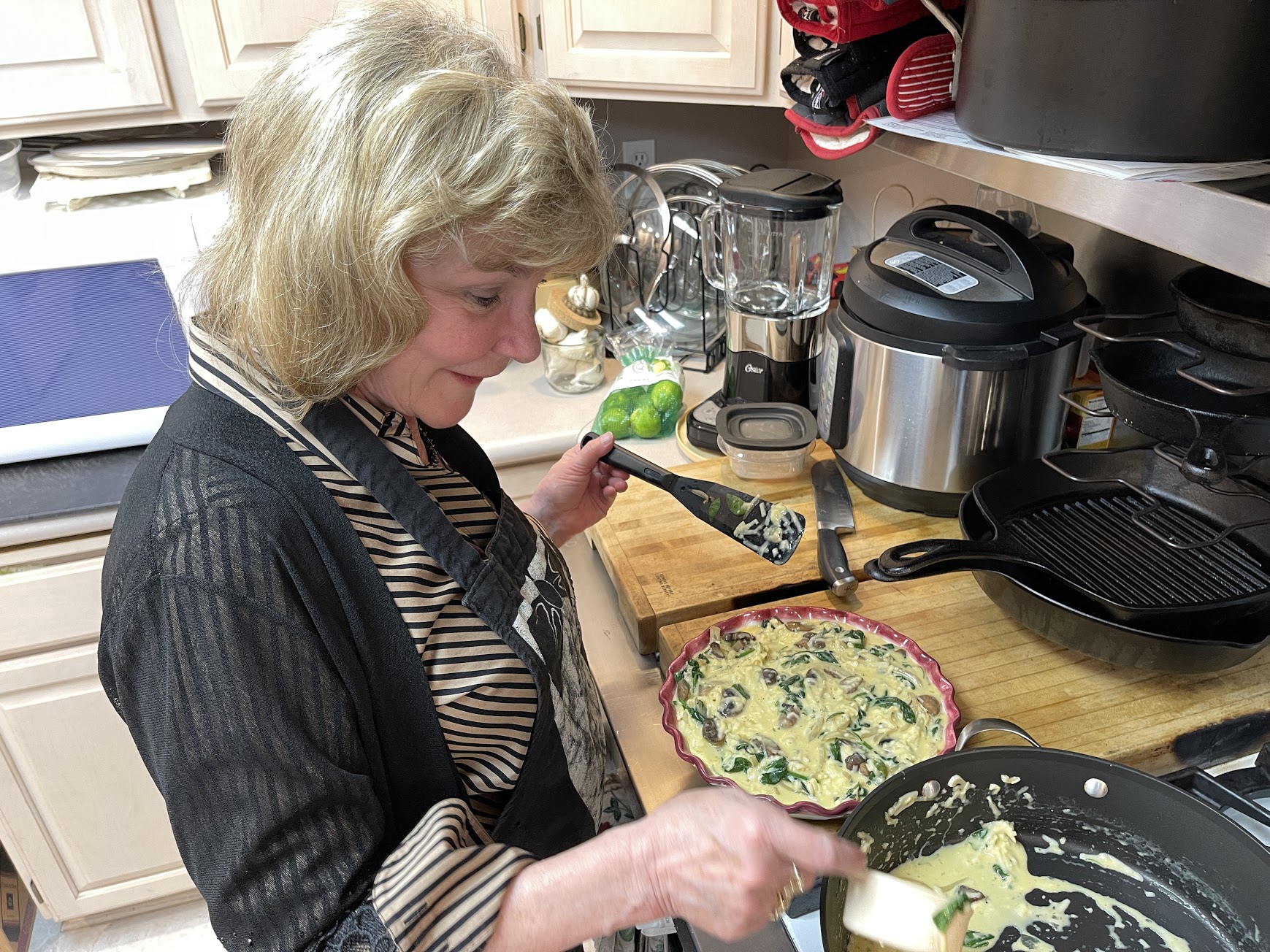 Transfer to the pie plate and then into the oven!

We were worried whether the mixture would fit the pie pan, so we added aluminum foil below the plan. 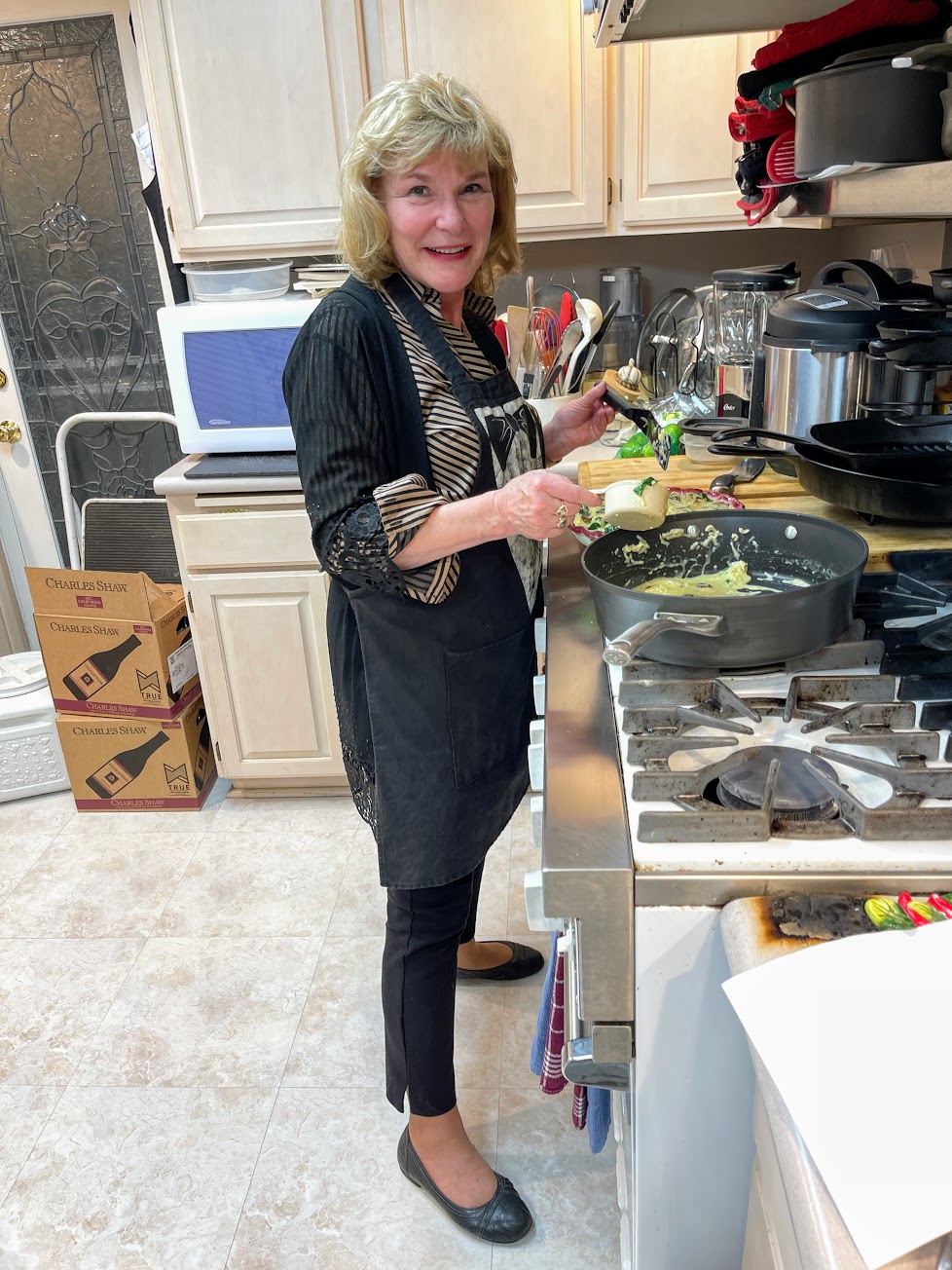 Cooking up a storm!

It smelled wonderful as it cooked, and it was beautiful when we took it out. 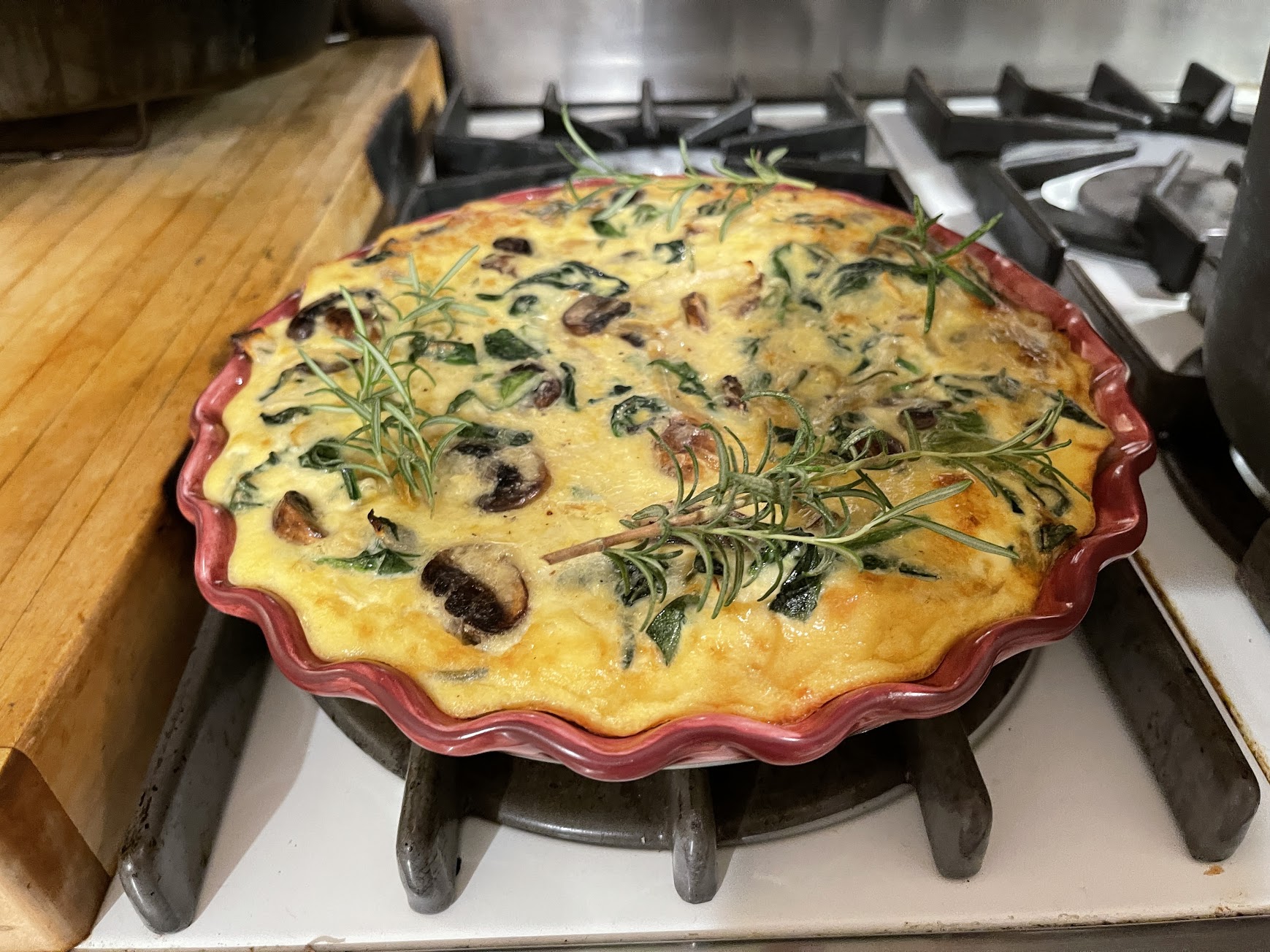 It has so set for a little bit, and then we dive into it!

Artichoke: The only vegetable you have more when you finish eating it than you had when you started.  Well, we don’t care as we both love artichokes and we had two fantastic ones.

We watched Two And A Half Men, and yes, the old man fell asleep. I was out cold at 8:00 PM.  When I work up at 8:30 PM, Mary was gone, the kitchen was spotless, she took my job away!  Our house is clean enough to be healthy and dirty enough to be happy.

We crashed at 9:00 PM because tomorrow is nothing, zip, nada!  It’s like a holiday for retired people!