TV Movie: On The Beach

Sue had never seen On The Beach and Paul lived through it (I was in High School).  It was spooky! Summary: In the aftermath of an atomic war, much of humanity has been destroyed. Only Australia remains, but time is short as the winds will inevitably spread nuclear fallout and everyone knows they have only a few months to live.

Among those coming to terms with the inevitable is a U.S. navy officer, Cmdr. Dwight Towers, whose submarine and crew were at sea when the holocaust occurred; Moira Davidson, a free-spirit who develops a close attachment to Towers; Julian Osborne, whose dream is to win the Australian Grand Prix automobile race; and Lt. Cmdr. Peter Holmes, who is as concerned about his wife and newborn child’s future as his own. All cope with the inevitability of death in their own way, but also with love, dignity and affection. 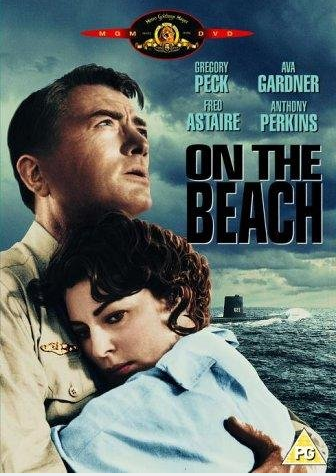 Just an old retired guy trying to finish out my last years on this planet loving my best friend and wife, having fun, learning, and passing on helpful things to others.
View all posts by Paul →
This entry was posted in Movies and tagged TV Movies. Bookmark the permalink.
Powered by Maribol IMDB Plugin