The dress Sue has on dates back to 1988 and was her first “dancing dress” as it was almost a full-skirt, and when twirling, it would poof out and look great.  She wore that on the “Sovereign of the Seas” ship we took to the Caribbean on its eighth voyage in March 1988.  We danced every night until the wee hours.  I remember vividly walking with Sue hand-in-hand on the ship’s outside decks to cool off between dance sets.  I can see the moonlight sparkling in the intricate designs of her dress, which is in our closet to this very day. We sipped champagne and laughed and started a wonderful thirty-two years together, only leaving each other’s side for perhaps eight days in total during that entire time because sometimes we had to go on business trips for Rockwell/Boeing. 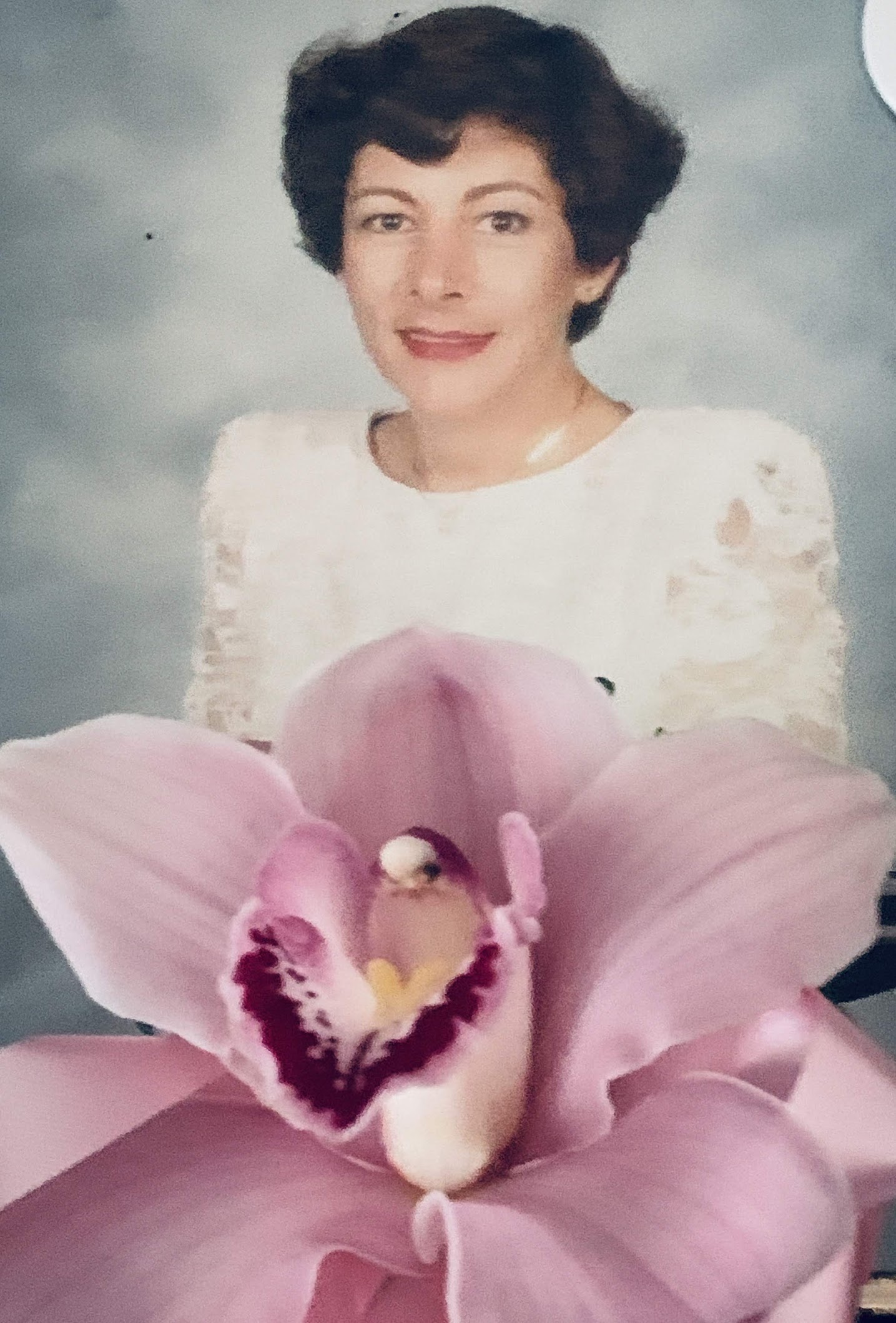 Happy Mothers Day, my dearest wife! We miss you so very much. (Robin took the picture)

My internal alarm went off at 4:30 AM, and I took a good look at the bedside clock and readjusted my timer.  Next time I checked, it was 7:00 AM, a more decent hour to arise. 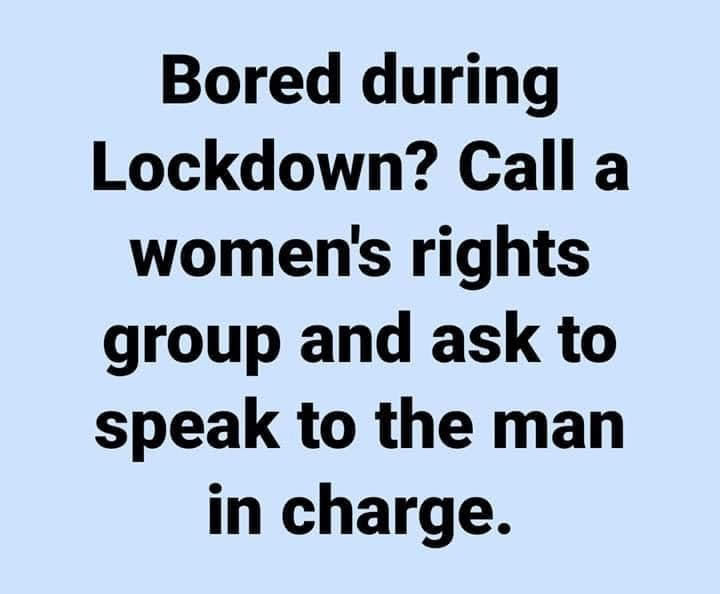 I am having way too much fun!

After having my much-needed coffee, I looked up recipes for biscuits and gravy plus English scones.  I found several that I saved from YouTube and planned to make this week,

Lee mentioned last night that her daughter just got an Alexa Show so they can see each other.  I saw their picture together from the Facebook post.

At 8:00 AM, I headed for my dermatologist for my quarterly check-up.   On the way there, Joe called to tell me his usual trick backfired.  When I talk to him on the batphone, he always manages to sneak in an “Alexa, set the alarm for 4:00 AM”.  Well, last night, I heard him say that, and I canceled the alarm when Joe hung up!  Haha on Joe, he didn’t get me this time!.  So, this morning at 4:00 AM, HIS Alexa goes wild, playing a loud alarm and gyrating on the tabletop.  Why, you ask?  JOE SAT HIS OWN ALARM!!!!  I thought I was going to bust a gut.  Immediately I called Colleen to relay the news!

I am supposed to go over to Joe’s and take a walk with the family but I am a little worried about Joe and his mask!

While awaiting the doctor I had spare time on my hands so I fiddled with a new graphics program I have on my iPhone. 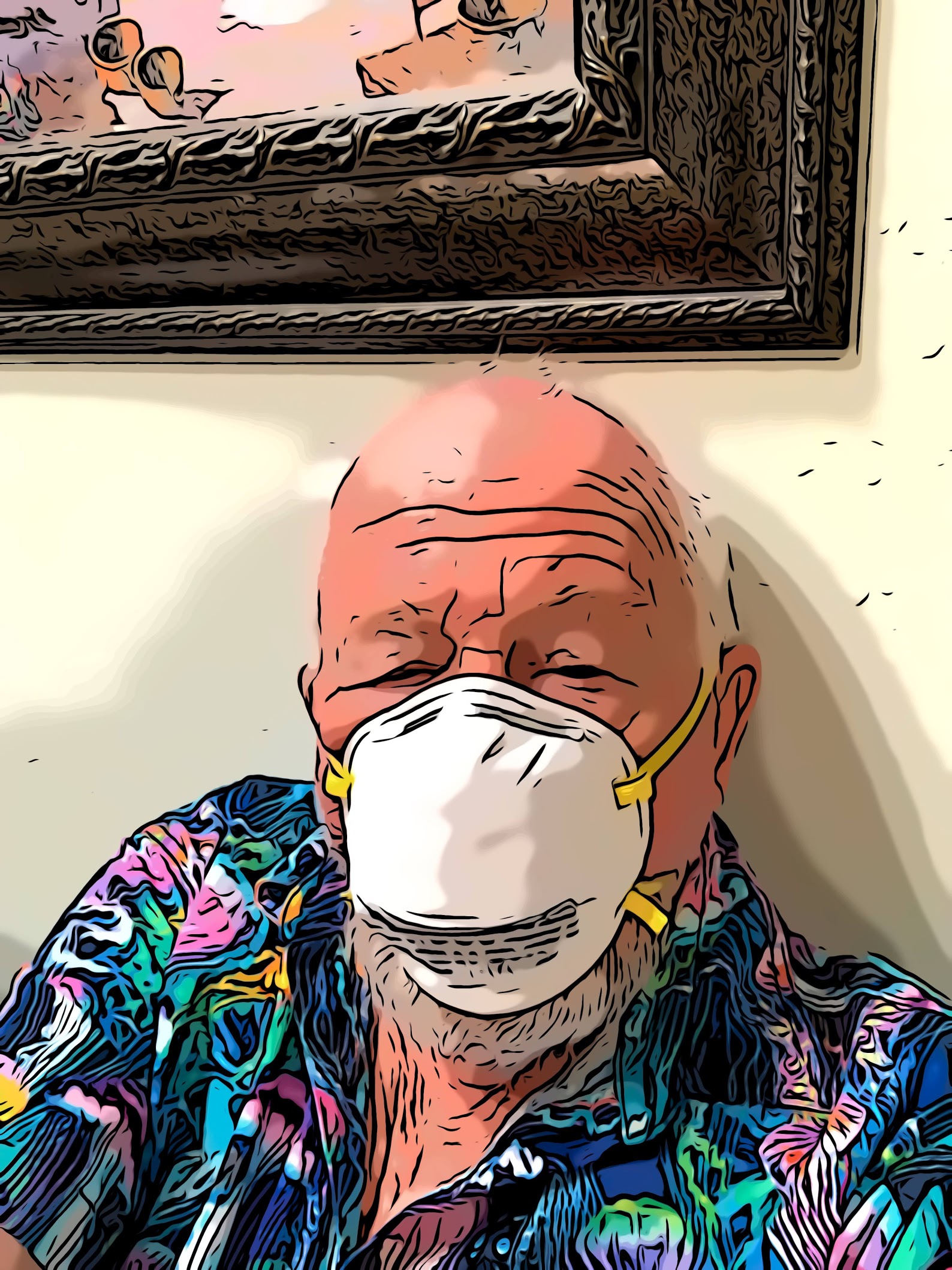 I await the doctor!

The Grey Ghost and I zipped up to Lowe’s upon returning home as I am pondering whether I should attack the master bedroom closet or not.  I got ten packing boxes just in case.  I read up on grief and removing loved one’s things from the house and I think I am ready for the emotional rollercoaster.

Arriving back home after Lowe’s window shopping, I cooked up breakfast which was apricot chicken and two ears of fresh corn on the cob! 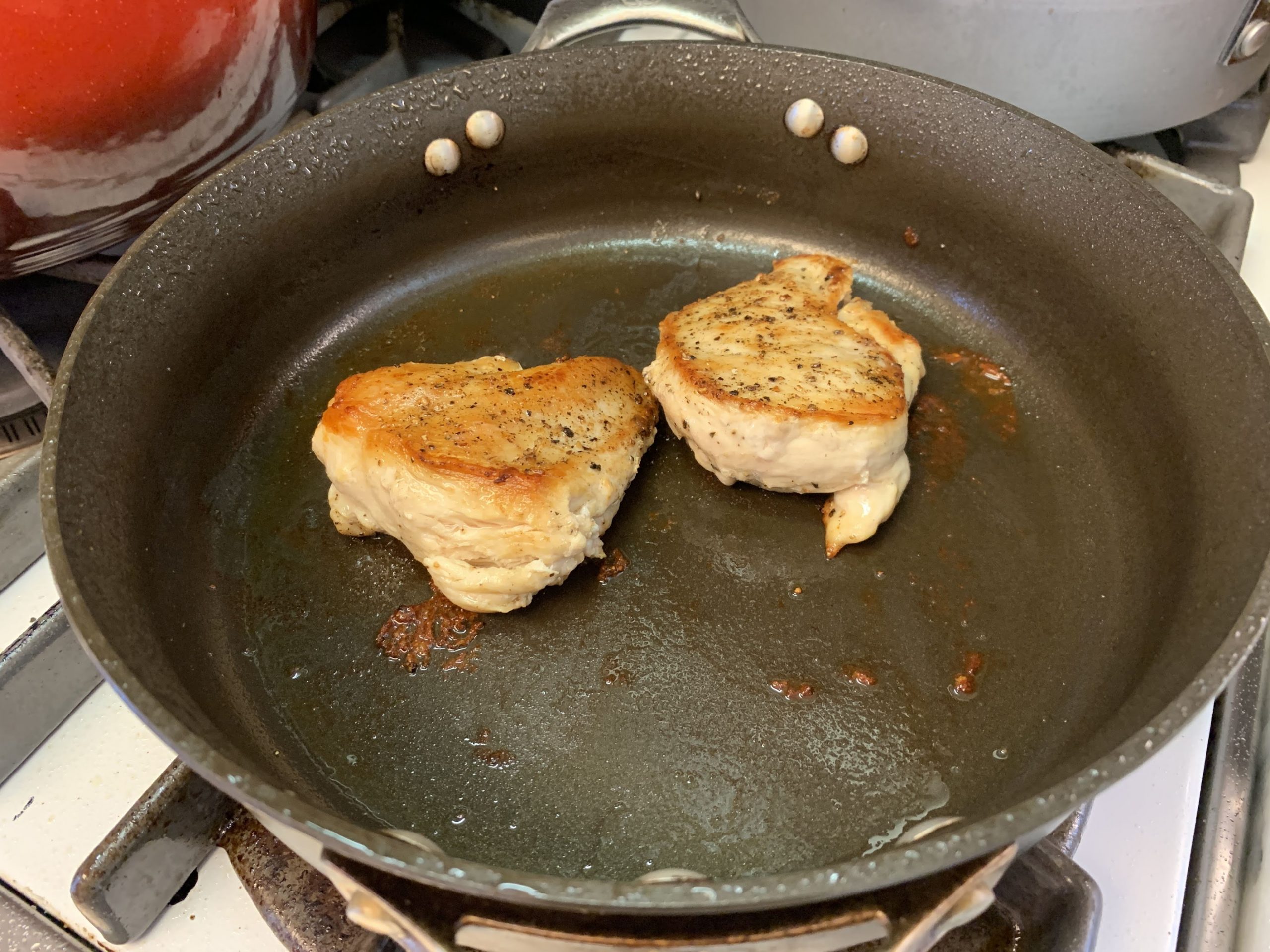 I used the same pan to make the sauce. The sauce was apricot jelly, a tad of vinegar, chicken concentrate, shallots, and a few springs of rosemary.

The lunch called for green beans and fried potatoes, but I stay away from fried stuff, and green beans just did not sound right. I rummaged around the refrigerator and came up with two ears of corn I bought yesterday!  Three minutes in the nuker and a little bit of Kerry Gold butter, the corn was ready, and I was off to the races! 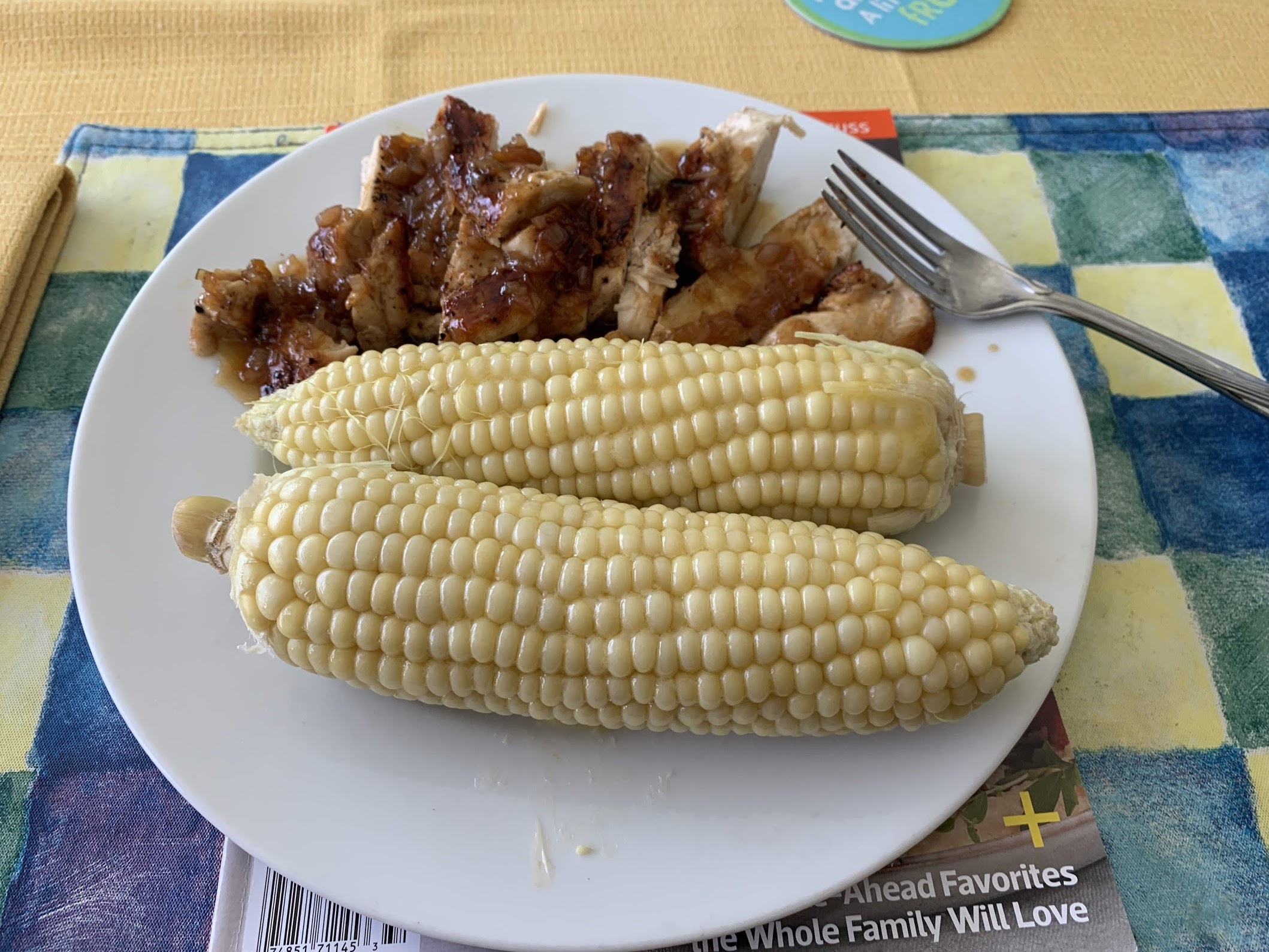 From 11:00 AM until late afternoon (7:00 PM), I worked in the closet, keeping just a few things of Sue’s, which had the most vivid memories.  I occasionally stopped for a sit-down and even poured myself an Empress 1908 Indigo Gin on the rocks hoping to get control of the old emotions perhaps. Twenty-two large packing boxes did the trick! 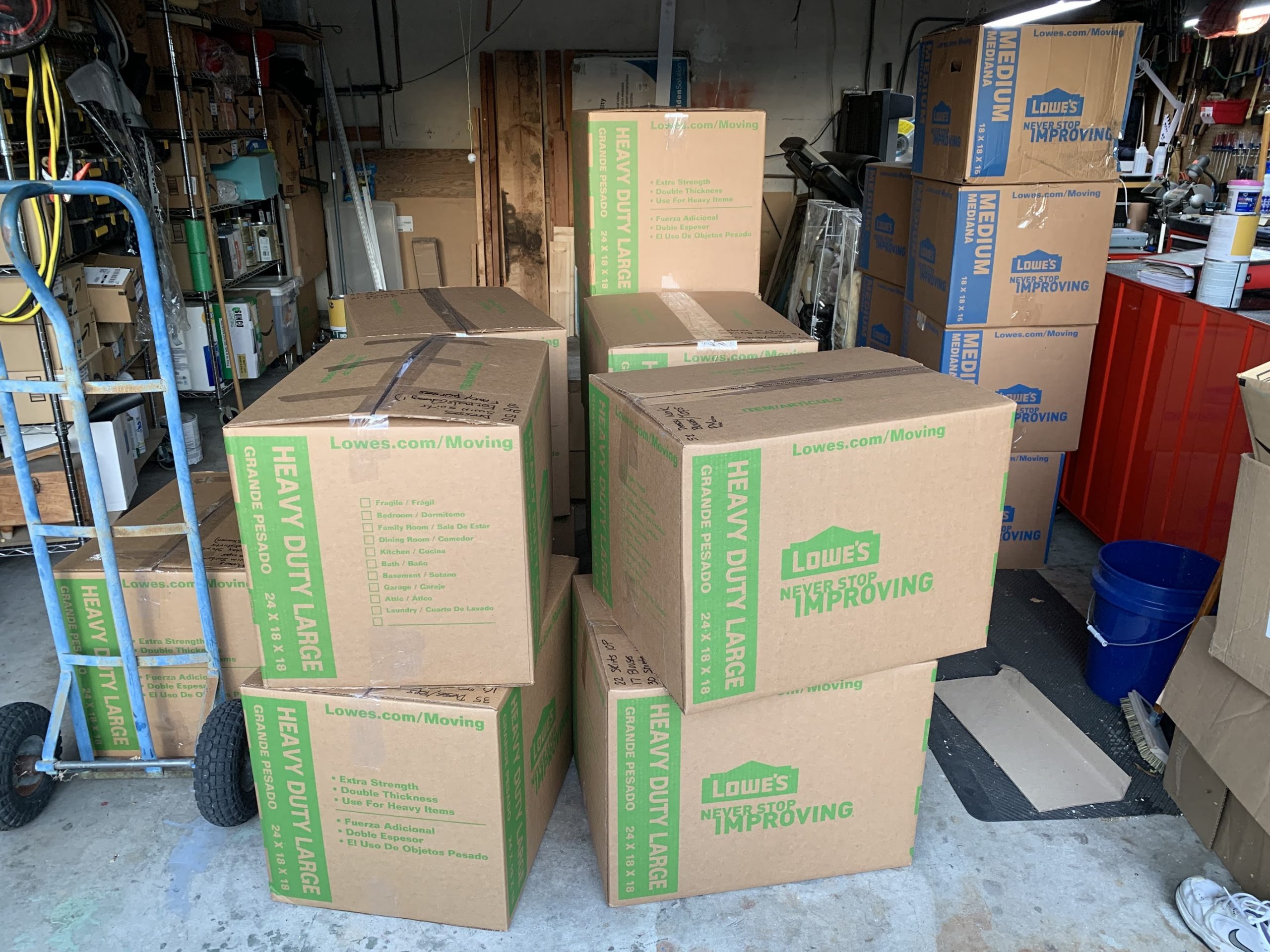 There are two more boxes in the house that I had not rolled out yet. Everything is labeled and ready to go to a store that deals with clothes for the professional ladies just entering or in a professional job and need upscale apparel.

I kept many items such as her wedding dress, Christmas clothes that match mine, and some special outfits that I remember so well!  These will be packaged in special plastics and put away carefully.

Colleen and I talked several times today as she is an excellent sounding board for when I get tangled up in my underwear.  Colleen is excellent at converting tears to smiles!  I mentioned it was hard to “come out of the closet” and what did I get, the longest laughing spell in recorded history.  What did I say?  Then it dawned on me and of course, Joe mentioned it later in the day! She and Mark are a lot of fun! 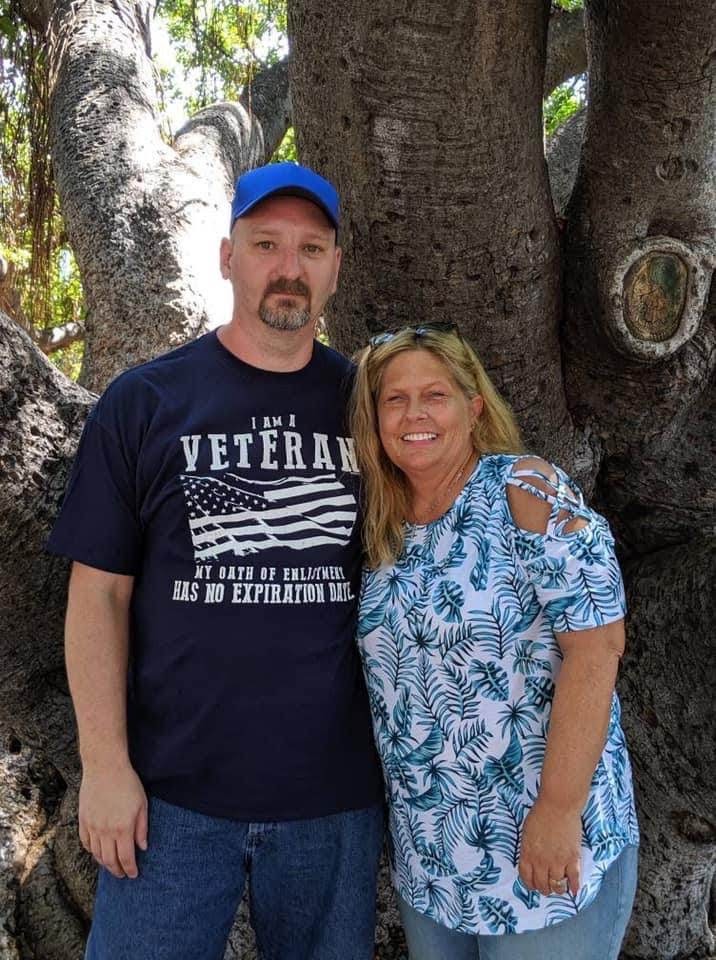 Great fun and lots of help!

Vicky came over with her son to pick oranges and lemons, which was terrific.  The more that is gone, then less I have to pick up during the summer.  Tonight I decided to make some bread tomorrow and perhaps make English scones, blueberry, and strawberry. 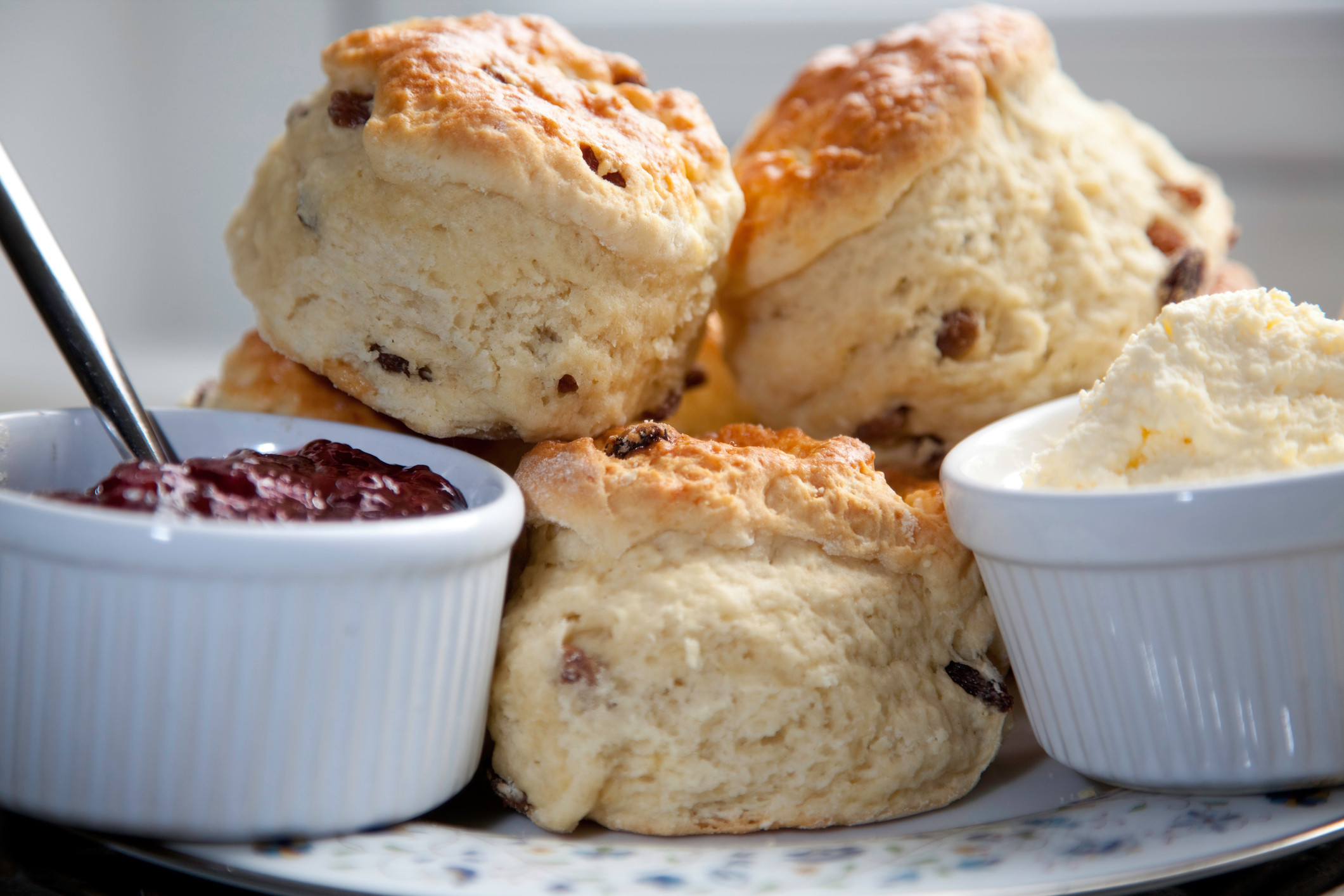 I have not made scones in thirty years but I remember them as being fairly easy. The difficult part is the clotted cream as it takes at least two days of cooking and setting up before it is ready.

Scones are connected traditionally with England, Scotland, and Ireland, but nobody knows which country invented it. However, the first known mention of a scone that was printed is from the translation of The Aeneid (1513), written by a Scottish poet named Gavin Douglas.

I returned to the market, looking for flour for Vicky and me. Later on, in the evening, Robin said she could find 20 pounds and bring it to us!  I also got some cherries, blueberries (for the scones), and additional raspberries.  Milk and margarita pre-mixed were also on the list.  I wanted Easy-Off oven cleaner, but I walked right out and did not get it!

Did You Know? According to the news, baking staples can be hard to find at grocery stores these days as society finds comfort in carbohydrates. Sales of baking yeast were up 457% over last year for the week ending March 28, according to Nielsen data. Flour was up 155%, baking powder up 178%, butter up 73%, and eggs up 48%.

Robin called about 7:30 PM, which was just when I took the last box out, so it was perfectly timed.  She will be joining me tomorrow for pastrami and another John Wayne movie! After today, I will need her for company!

While I did NOT walk today, I did manage to put on 6,000 steps, which is two miles and use up 180+ calories, so that is good.  Tomorrow Robin and I will walk in the afternoon because it is going to be “cool”.

Colleen is pretty smart as she called by at 8:00 PM, 11:00 PM her time, to see if I was doing OK.  She is like Robin, very thoughtful.  We chatted for a few minutes before I crashed.  She is very entwined in my life with Sue and brings back good memories! 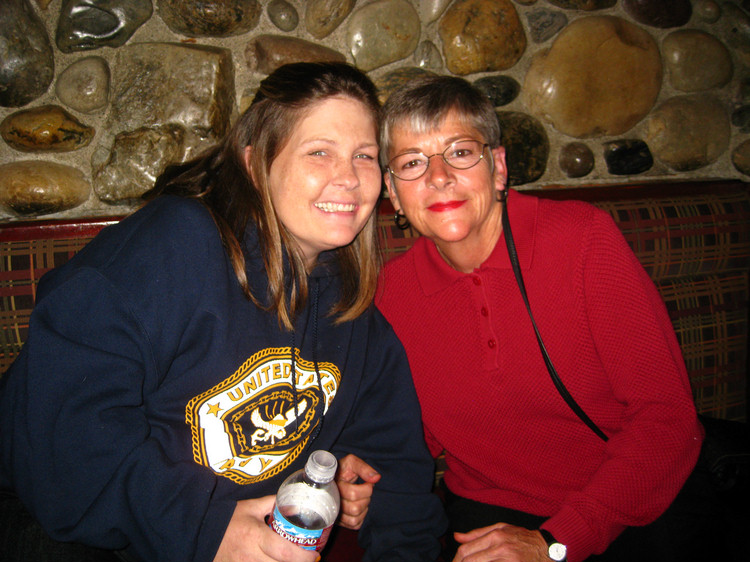 There was some serious chemistry between these two; I can’t tell how many times Sue would say, “I miss Colleen!”

Tonight, I am taking a shower and crashing early! It’s been an emotional day!

Just an old retired guy trying to finish out my last years on this planet loving my best friend and wife, having fun, learning, and passing on helpful things to others.
View all posts by Paul →
This entry was posted in Cooking, Doctor, Family, Working Around House. Bookmark the permalink.
Powered by Maribol IMDB Plugin