Sue, it’s really simple; I miss you! Every minute of every day! 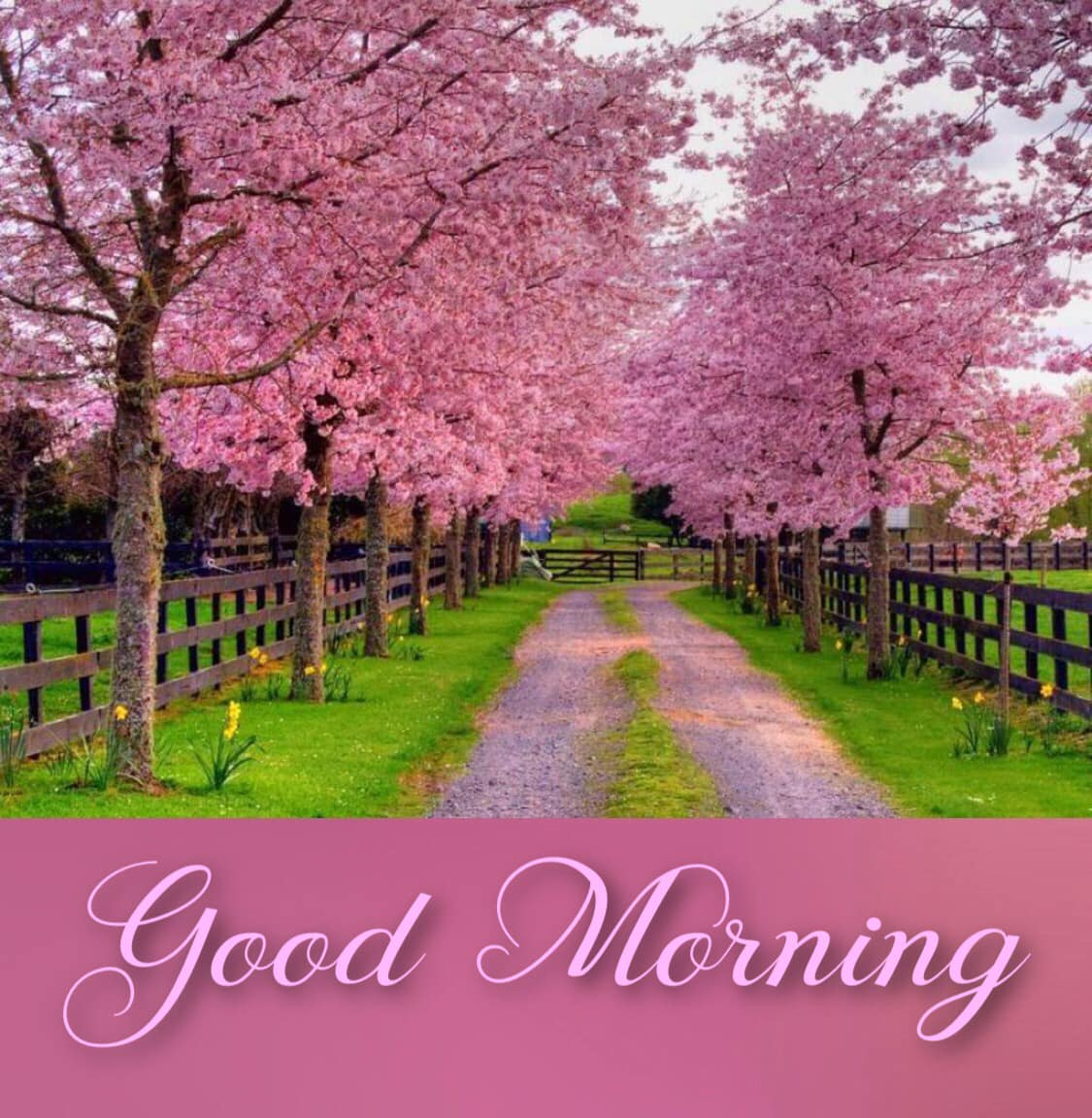 Sue had open-heart surgery several years ago. About a year after her surgery, I was in a doctor’s office with her, and I had a mild heart attack. I drove to the hospital, walked into the emergency room, announced,  “I am having a heart attack,” and they immediately took me into the ER.

They soon found I also had blocked arteries and must have the same operation Sue did, only two years later. Here we are showing our little heart pillows that both of us carried with us after the medical procedures. (Because of the chest being spread open, the heart-shaped cushions are used to reduce the pain when you cough!) You will notice, as expected, her heart is much larger. Yes, indeed, we did everything together! 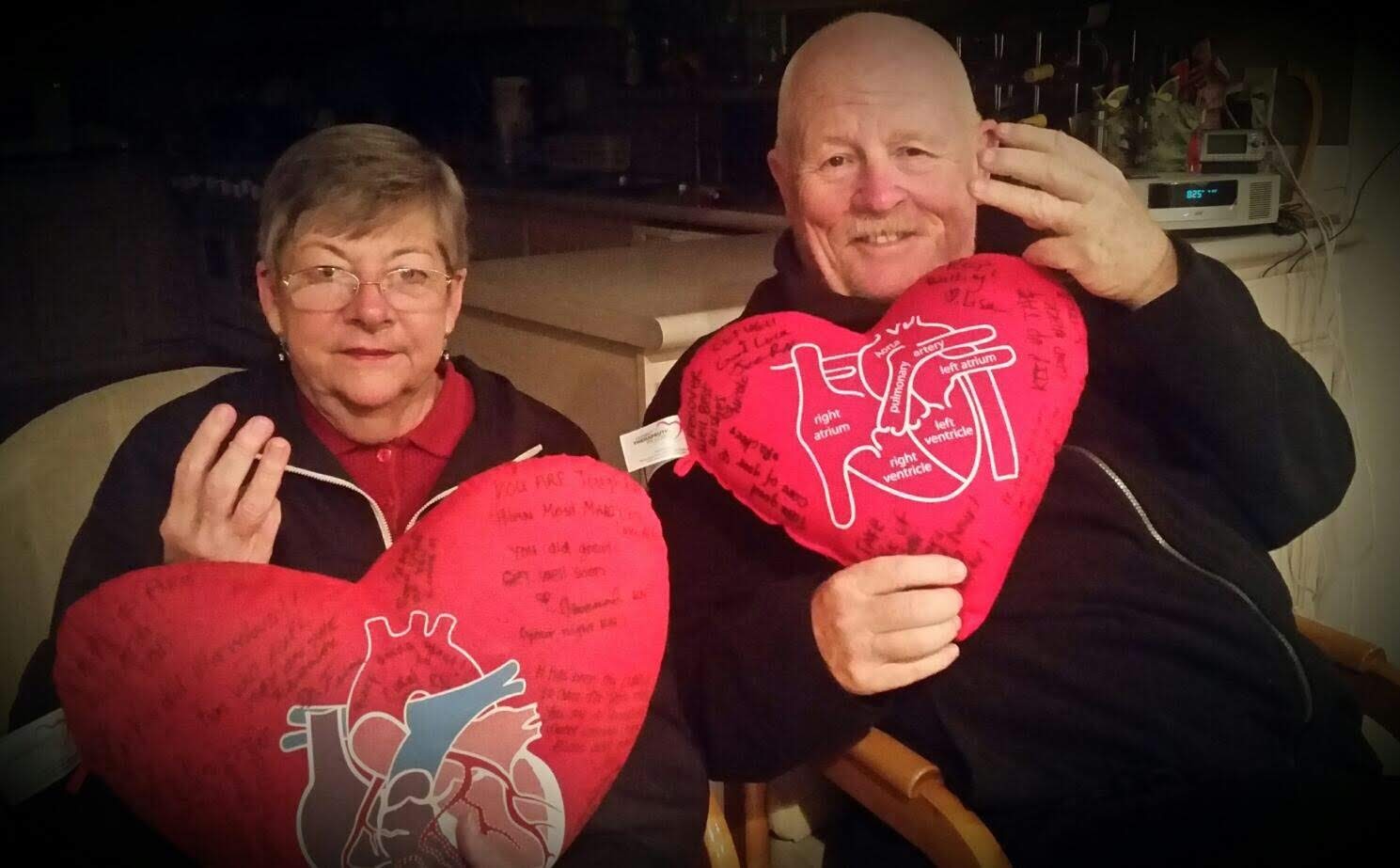 We always did everything together.

I had high expectations for today, but things changed as the day progressed.  I began by putting out the paint I was planning to use later in the day but the day was so pretty, I decided not to do the “ladder dance.”  I painted part of the front door, and the hand-rail Zachary installed to assist Sue in entering the house.

Then I turned to the garage and continued making adjustments and tossing things out.  The shop will take priority no matter what!  I did discover something unexpected, and NO, I did not hoard these from the market!  I found five unopened cases of TP in various places in the garage because I was on Amazon’s automatic delivery of the item. 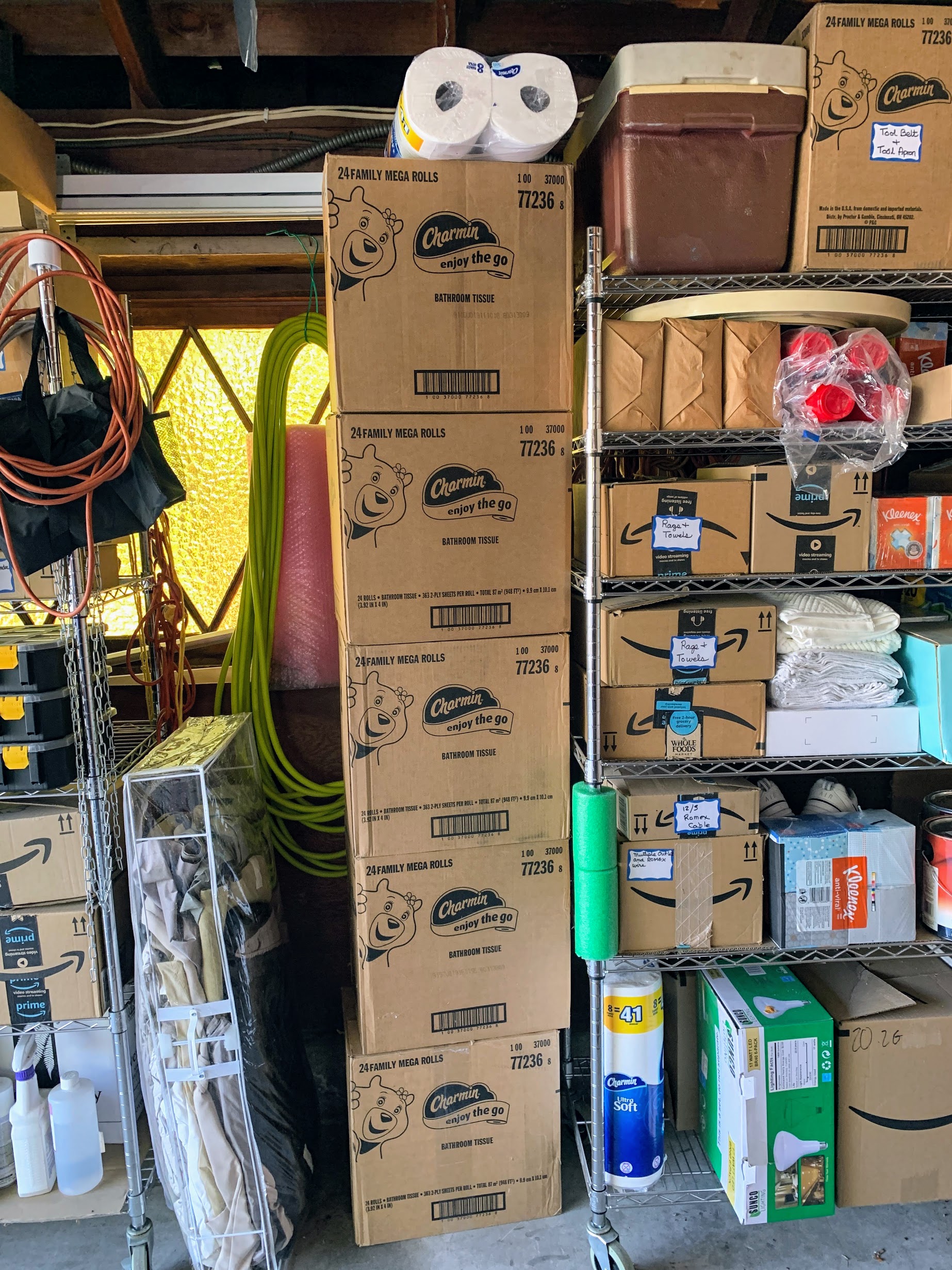 Five cases of Charmin and I hardly ever use the stuff after the arrival of the bidets!  Perhaps I will take these to the local car dealer and get a new car?

I now have most everything on roll-around shelves, so cleaning the garage is a breeze. I roll everything to the outside driveway and hit the garage floor with the hose!  Easy-peasy!  I made another purchase from Lowe’s, a Craftsman tool around tool bench with drawers.  Now I have three of these puppies, and all the tools are in their place! The  2000 Series 52-in W x 37.5-in H 10-Drawer Steel Rolling Tool Cabinet (Red) matches the other two. 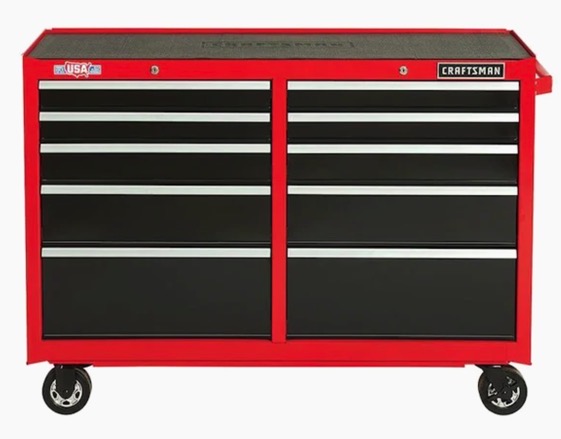 This one will house the latest power tools and relieve several existing drawers that are crowded!

Now the only thing in the garage that is not on “rollers” is the refrigerator/freezer, which I am toying with moving outside adjacent to the kitchen door.  We will see.

It was lunchtime, and I attacked the new ham.  It was spiral cut to I de-spiraled it by two layers and made a ham sandwich.  That did not even make a dent, so it looks like I better hit the recipes for things to do with ham! 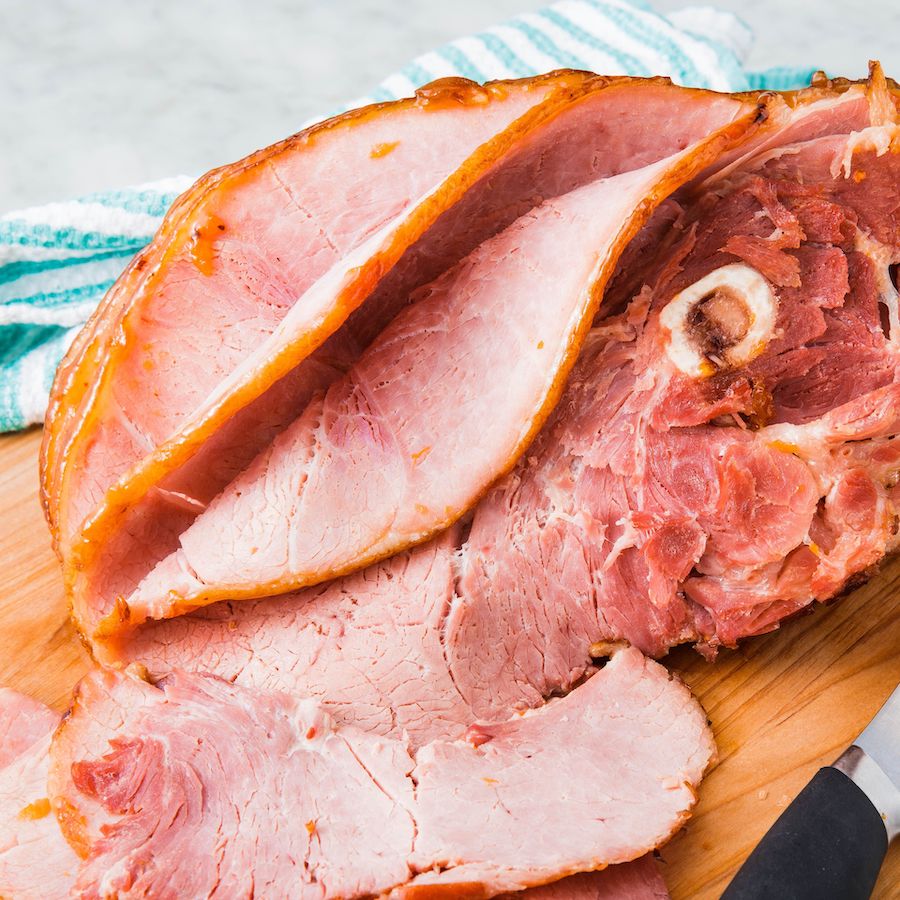 All for one and one for me? Where is the recipe book?

The spiral-slicing machine was patented in 1952 by Harry J. Hoenselaar. Hoenselaar found a smart way to mechanically navigate the ham bone, the bane of meat carvers through the centuries.

The spiral-slicing machine works by skewering a ham (or any other meat) vertically on spikes at top and bottom. A spring-loaded slicing blade cuts through the flesh, stopping when it meets resistance from the bone. As the ham rotates, it gradually lowers on the spikes, creating the spiral. Hard to visualize?

The same Harry J. Hoenselaar who invented the machine, by the way, also founded HoneyBaked Ham in Michigan in 1957, which grew into a national chain over the years. Originally, HoneyBaked stores were the only places where you could get a spiral-sliced ham. In 1981, Hoenselaar’s patent expired, and now you can buy spiral-cut hams in grocery stores everywhere.

So after lunch, I returned to the garage for a while and then the fateful call, “Hello, this is Charlotte. The Gestapo just closed Old Ranch, no more golf!” I knew Charlotte was heartbroken because we were supposed to play at 4:30 PM. We decided to have our champagne together anyway. Charlotte drove over, and we conducted our meeting on the walkway into the house. I brought out lounge chairs, set them 10 feet apart, a TV tray table, and a bottle of champagne.

We talked for an hour, which was very helpful. We shared feelings about our recent losses.  Charlotte is a lovely lady, and I consider a good friend. While visiting with Charlotte, I got a call from Vicky (which I put on the speaker-phone)  reporting a “blond person” was in my front yard, maybe picking my fruit.  Charlotte and I cracked up!   We both stood up, yelled across the fence,  and waved at Vicky, we all had a good laugh.  Vicky is my backup security system, thank goodness! 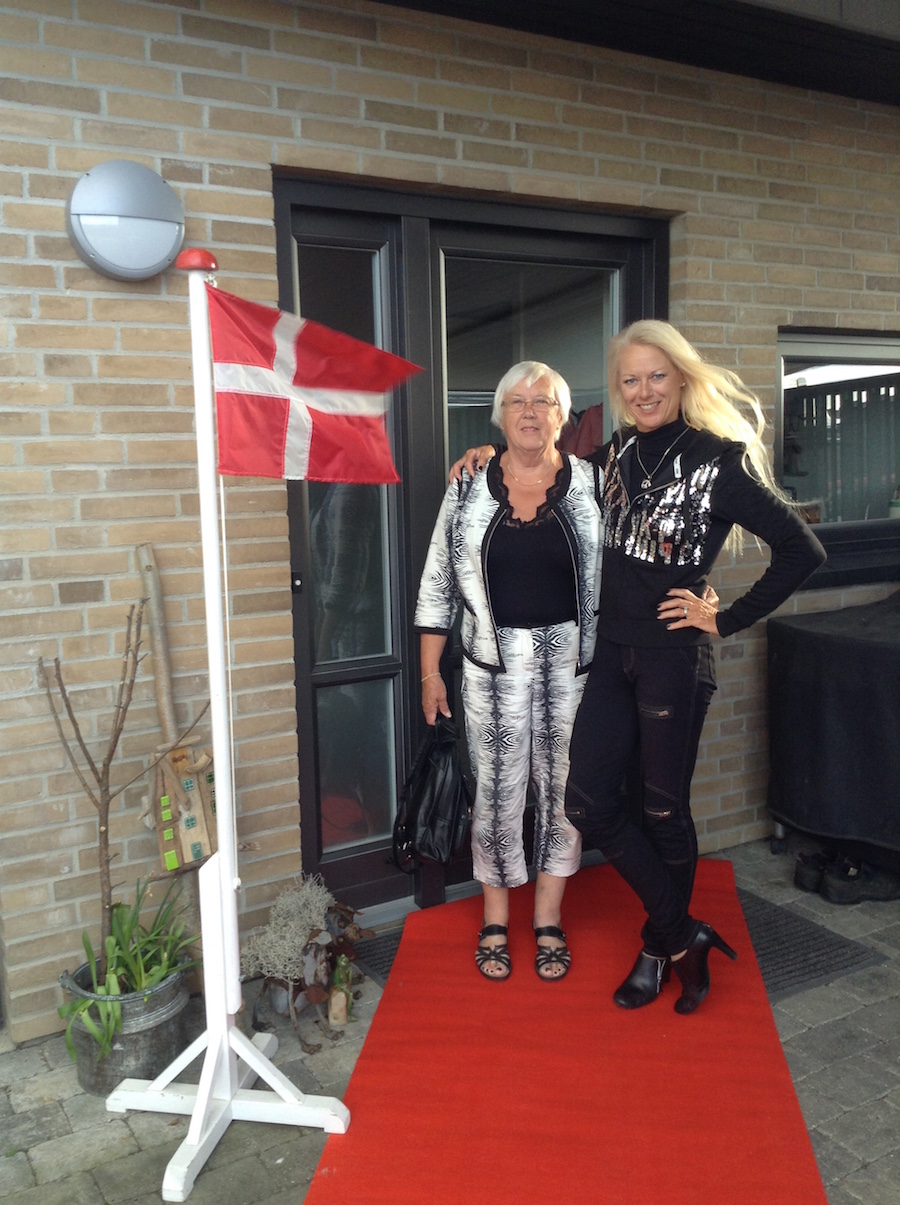 Well, since golf is now out, I went back to the garage and did some additional work. The new tool bench is supposed to arrive on Tuesday, but I can start now deciding what goes in which drawer. I am toying with the idea of putting a kitchen countertop across all three roll-around benches, and that would make the workbench now about 150 inches long, which is a pretty good size.

When I came inside the house, I called Colleen as I was missing her! But guess what, I forgot to call her this morning. I couldn’t believe I didn’t do that, but I think I got excited about painting. Colleen and I talked for half an hour and then she was going to watch a movie with her husband, Mark.

I then called Lee to see if she got the new stand for her Alexa device. We talked for about 40 minutes discussing the world’s problems, the weather, and other stuff!

To make sure I was caught up, I also called Robin to schedule our 7:00 PM nightly call. 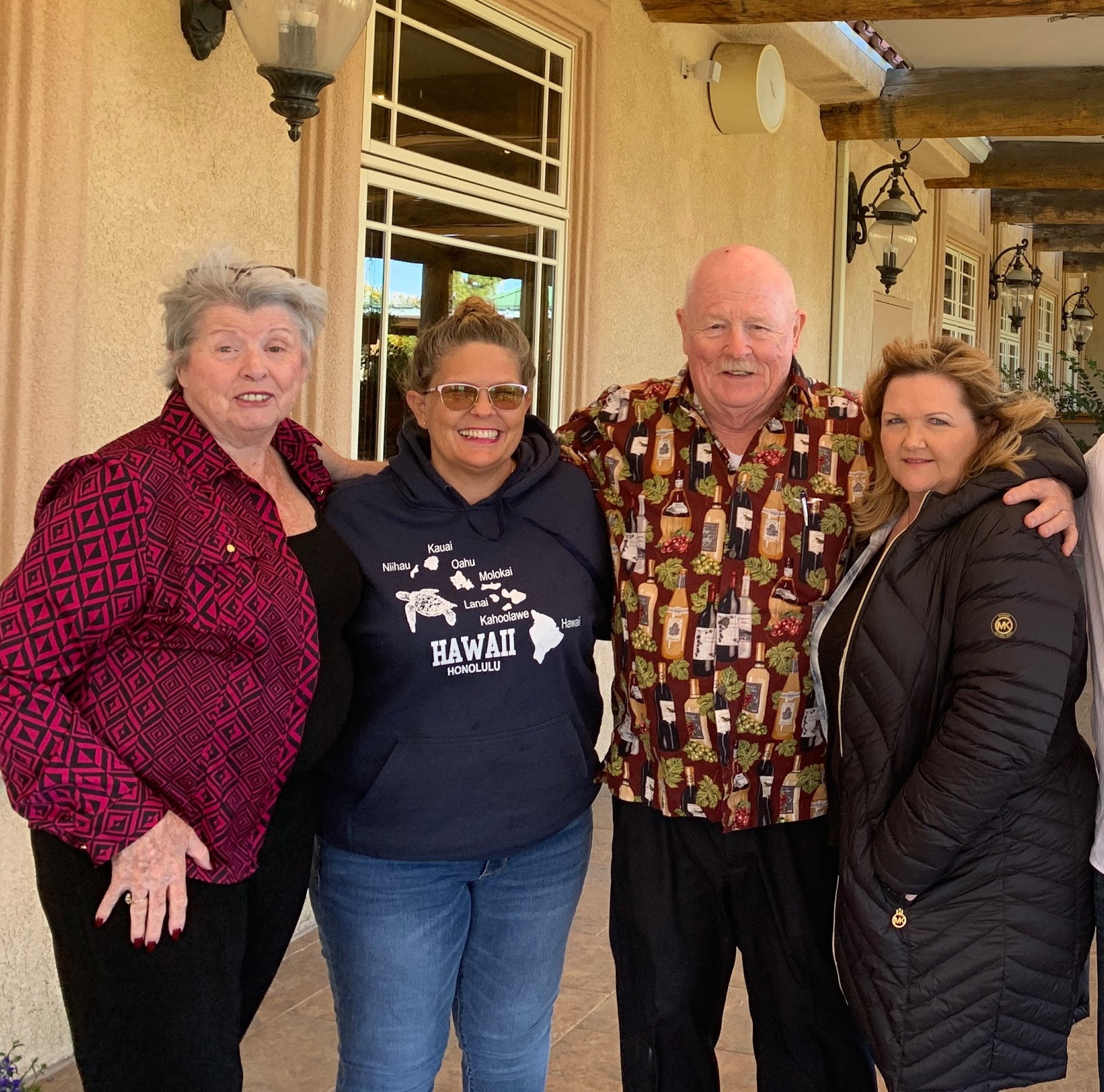 Lee, Colleen, me, and Robin in Temecula February 2020.

I had set up a zoom teleconference for 6 PM with Bob and Ed and Mike. I got a text from my cousin; actually the first cousin once removed, who lives in Louisiana, so I invited him to join the conference and meet some new people. So here is the five of us just talking away for about an hour and 15 minutes and just having a lot of fun. I took a couple of short videos during our conversation, no I have to edit them and make sure they are appropriate for a G rated website like this one 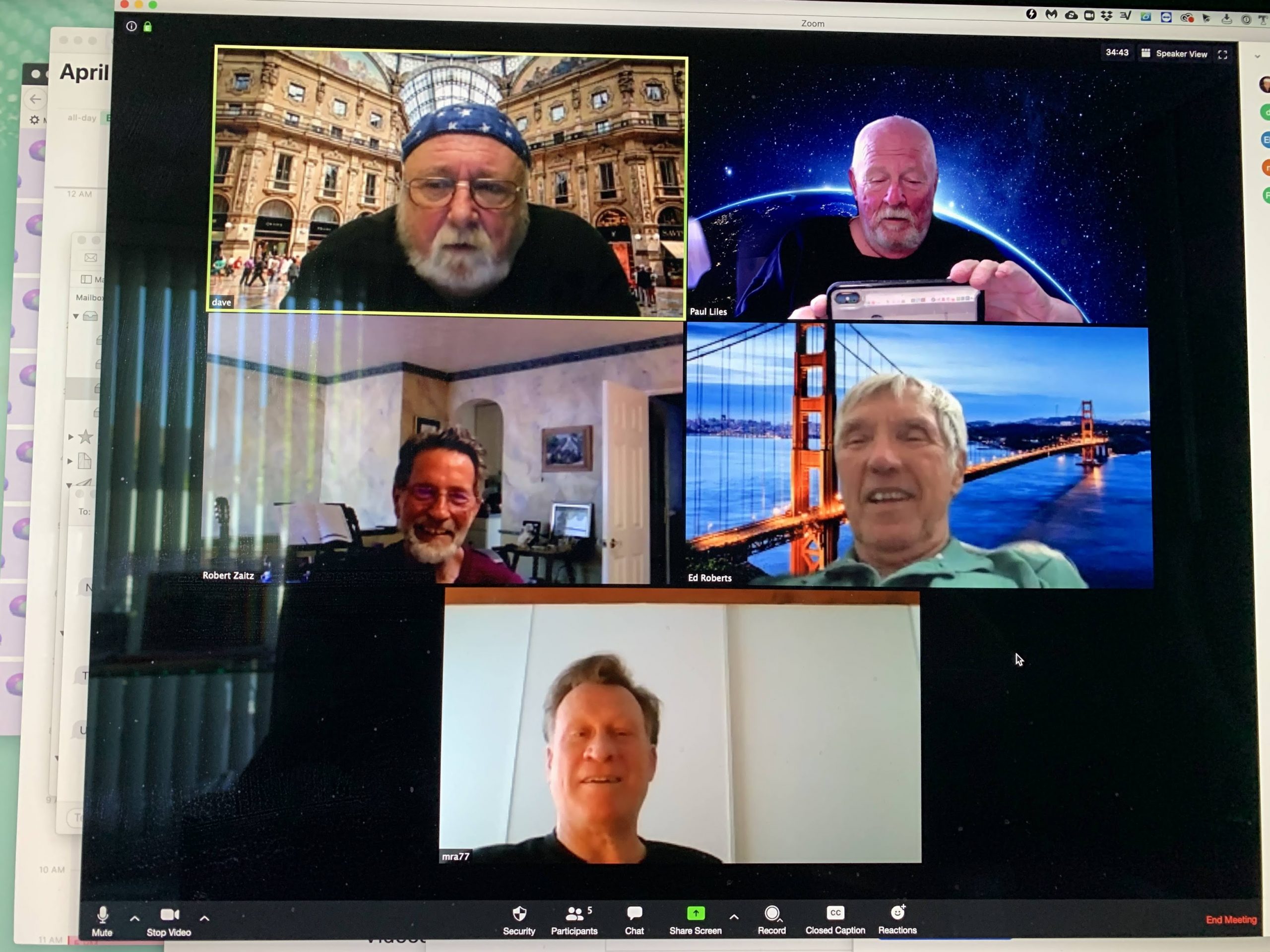 Cousin Dave fit right into this group like he had belonged there for years.

After the phone call, it was almost 7:30 PM, so I decided it was dinner time. I decided that the shrimp meal was what I wanted to cook tonight, so I opened up the package and began preparations finishing at approximately 8:30 PM. 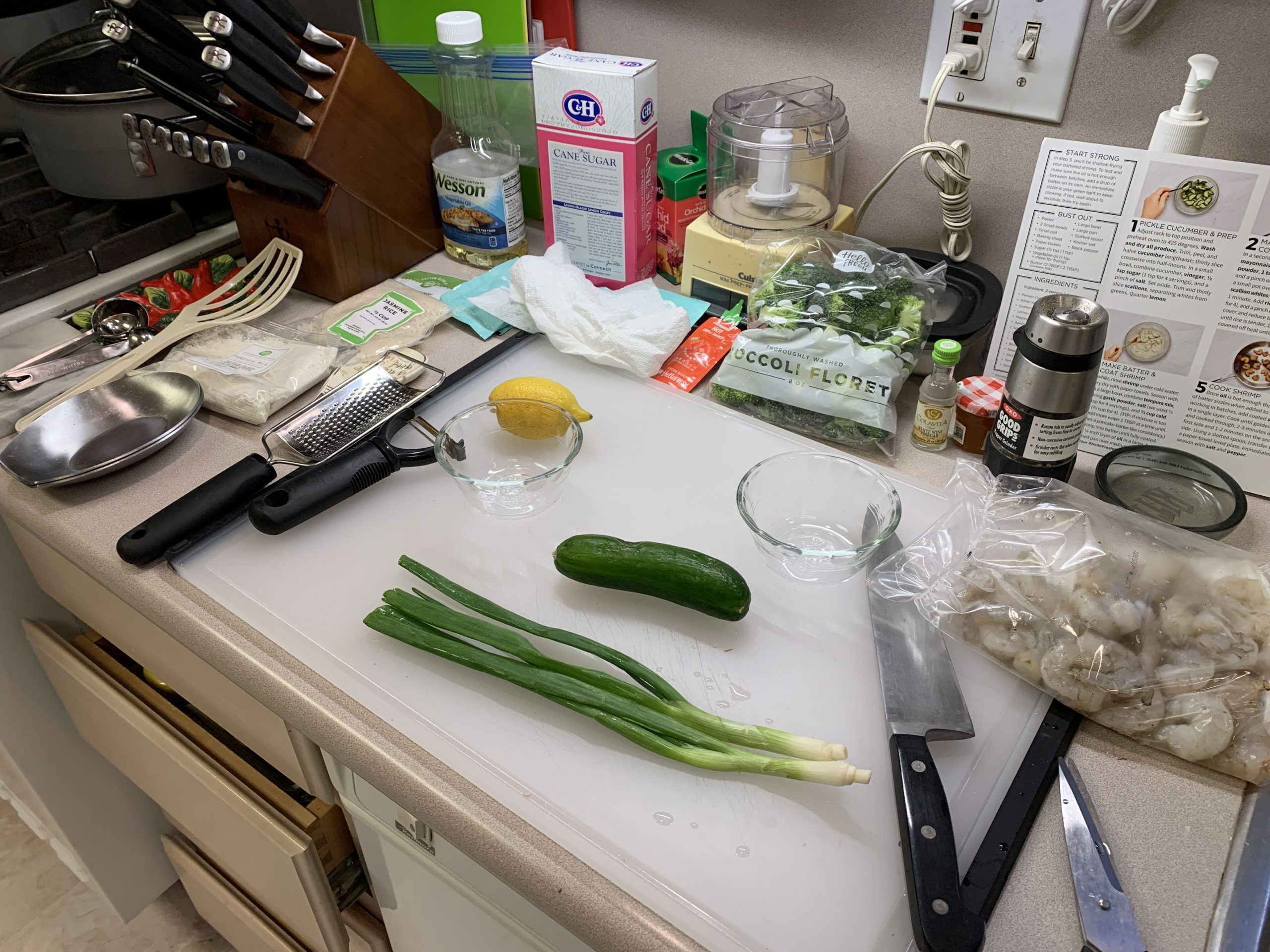 I made a great sauce, which I was excited about using, but for whatever reason, I forgot to put it in with the shrimp, oops! So, I adapted and added it to the rice, which turned out to be just right. I have never fried shrimp before, so this was a new experience for me. You can see the result below, and you know it tasted even better than it looked! 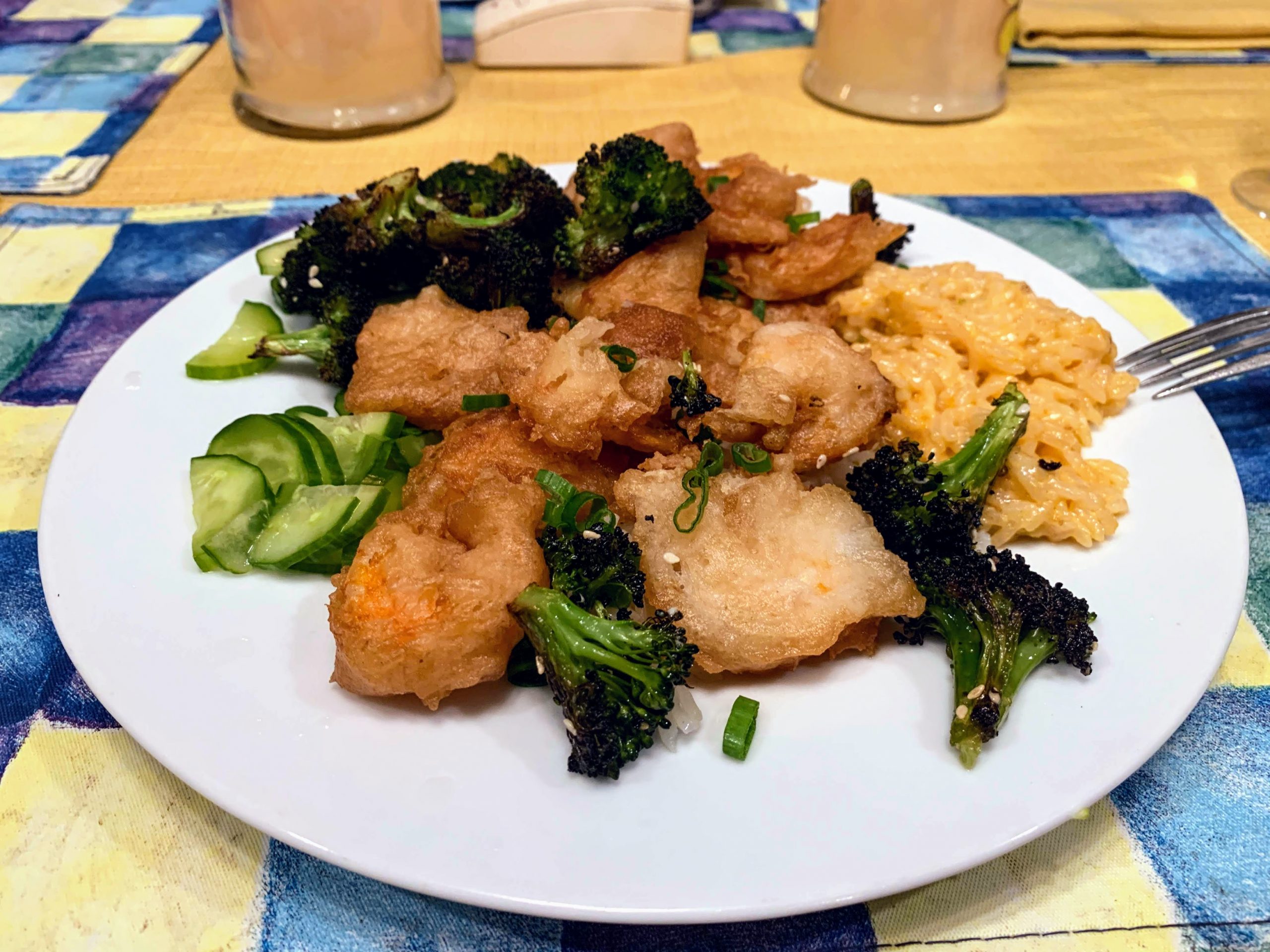 The shrimp was cooked perfectly, and I enjoyed the baked and slightly charred, on purpose, broccoli.

As I promised Sue, I take time for dinner, do not gobble it down all at once with a single bite, and have a glass of “wine” with my meal. I do enjoy the fake wine better than the real wine anymore. As you can see below, I have new candles! Those tall ones kept dropping wax even though I try to find the triplex candles. These candles are not only pretty, but they smell pretty too. 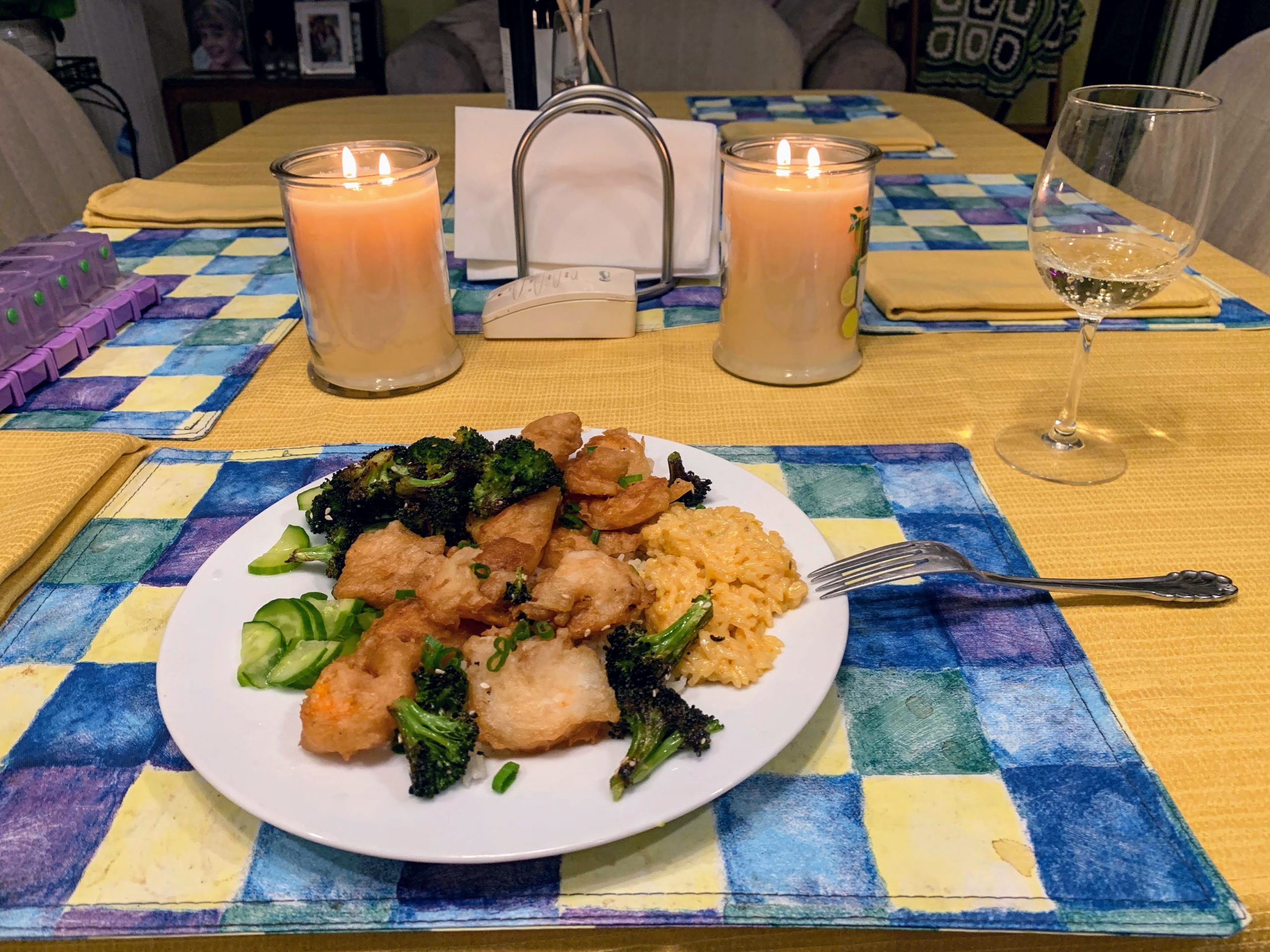 I miss Sue so much at dinner time because for years and years, especially when we were working, we would come home to set a nice table and spend an hour or so just talking. Now I ask Alexa to play soft jazz in the background. That’s not the same!

By the time I cleaned up the kitchen, it was 9:30 PM. I called Irene to check up on her but no answer, so I had a suspicion she was watching TV. I went into the family room, turned on the TV, found a spy movie that had just come out from Amazon Prime. I figured I would probably go to sleep in the middle of it, but it was so good that I stayed up until 11:30 PM.

I poured myself into bed, and I was out within about five minutes. Good night to all!

Just an old retired guy trying to finish out my last years on this planet loving my best friend and wife, having fun, learning, and passing on helpful things to others.
View all posts by Paul →
This entry was posted in Cooking, Family, Friends. Bookmark the permalink.
Powered by Maribol IMDB Plugin