By Myself Alone For The First Time

I was up until about 1:00 AM this morning watching one of the most stupid movies of all time, something about Avacado’s and Jungle Women!  Finally, I fell asleep and woke up at 5:30 AM.

At 6:00 AM, the phone rang, and it was Zack, my grandson, checking up on me! That was a lovely thought, thank you, Zack!

OK, onward to my first task of the day! Can I remember how to make the Keurig single cup of coffee?  I did it, and the results were terrific!

Did You Know? Keurig founders John Sylvan and Peter Dragone had been college roommates at Colby College in Maine in the late 1970s. In the early 1990s Sylvan, a tinkerer had quit his tech job in Massachusetts and wanted to solve the common problem of office coffee – a full pot of brewed coffee which sits and grows bitter, dense, and stale – by creating a single-serving pod of coffee grounds and a machine that would brew it. Living in Greater Boston, he went through extensive trial and error, trying to create a pod and a brewing machine. By 1992, to help create a business plan, he brought in Dragone, then working as director of finance for Chiquita, as a partner.[10] They founded the company in 1992, calling it Keurig; Sylvan later said that the name came from his having “looked up the word excellence in Dutch.”

The iPhone began to shake, rattle, and roll and make horrible sounds, ah ha, a Zaitz-o-Gram.  Yes, it was Bob, and he asked if my fanny has been on its walk yet.  Time to get the walking shoes on but no sequined shorts as they are at the cleaners, darn! 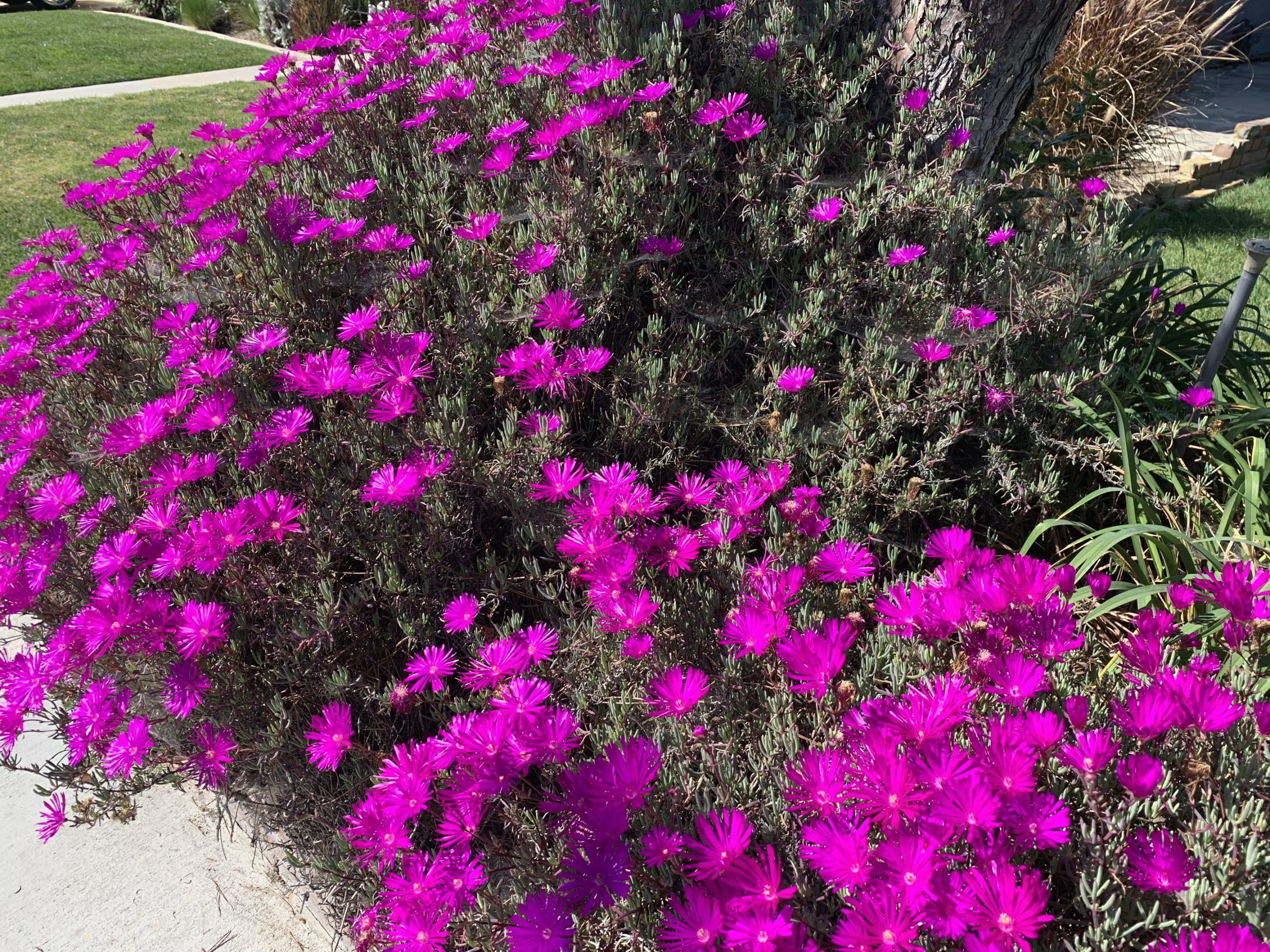 Spring is just around the corner! I did 1.5 miles in 42 minutes, not too bad.

I made a second cup of coffee after returning home and then noticed we are running low on spoons!  I went to get the brand/name of our spoons (etched on the back of the spoon) but needed a magnifying glass, so I went to the spice cabinet where we keep it.  Oops,  the second shelf collapsed dumping spices all of the counter and floor!  Great way to start the day!  However, on the bright side, I tossed out half of the items out due to old age, mostly cake decorating items! 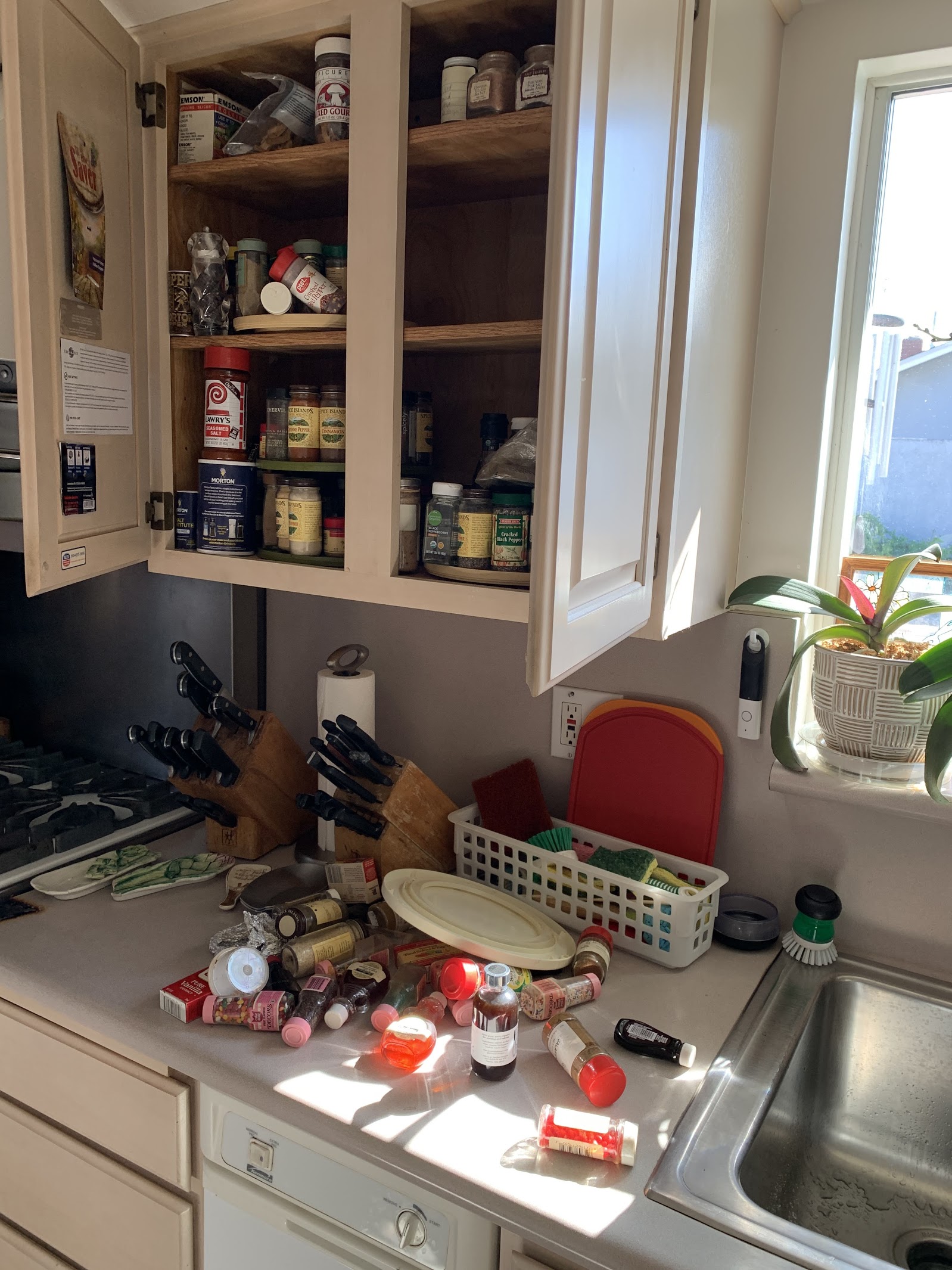 What a mess! Twenty minutes later, we were good to go!

On the internet, I found out the spoons can be replaced for a mere $49.99 each?  I think I can do without a few spoons!  They are somewhere around the house, perhaps in the freezer where I used to sneak my ice cream?

It’s now 10:00 AM, and Alexa has an alert for me! From Colleen, it said, “Dad, take your pills. Remember to soak the coffee cup! The shopping list is with Alexa!” Geeze, Colleen is nagging me from 3100 miles away! How wonderful.

OK, the Silver Ghost and I are off to the market via the gas station! Everything on the list was found, except I added two big steaks!  After the goodies were put up, I went to YouTube and found out how to cook steaks on the stove!  The big old iron frying pan was put to work! It was simple and delicious! But I had NO idea what meat cost since we never did it at home.  The prime porterhouse steaks were $16.99/pound, but after considering this would be $40 in a restaurant, I was happy!

T-bone and porterhouse steaks are suited to fast, dry heat cooking methods, such as grilling or broiling. Since they contain a small amount of collagen relative to other cuts, longer cooking times are not necessary to tenderize the meat.

OK, back to the list (Colleen may be watching). 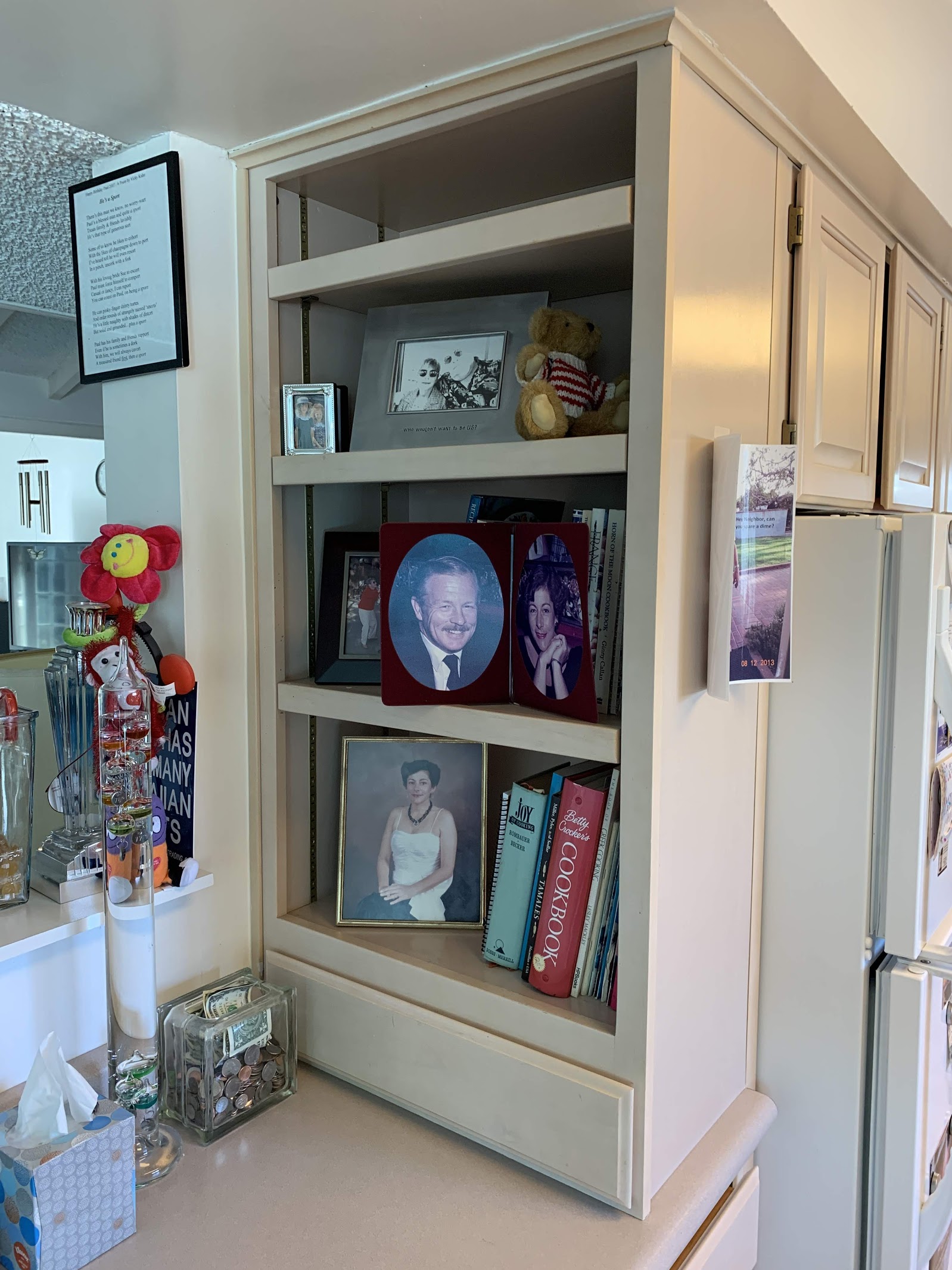 The cleanout was needed! We did not need the yellow pages and receipt books from the OC Fair in the 1990’s!

I filled a trash can with stuff, and tomorrow I have a pantry to clean (according to Colleen).

It was approaching 4:00 PM, so time to jump in the shower and get ready for the Monday visit with Irene.  Robin and Crazy Greg showed up this evening, and we remembered Sue honoring her incredible love for people. 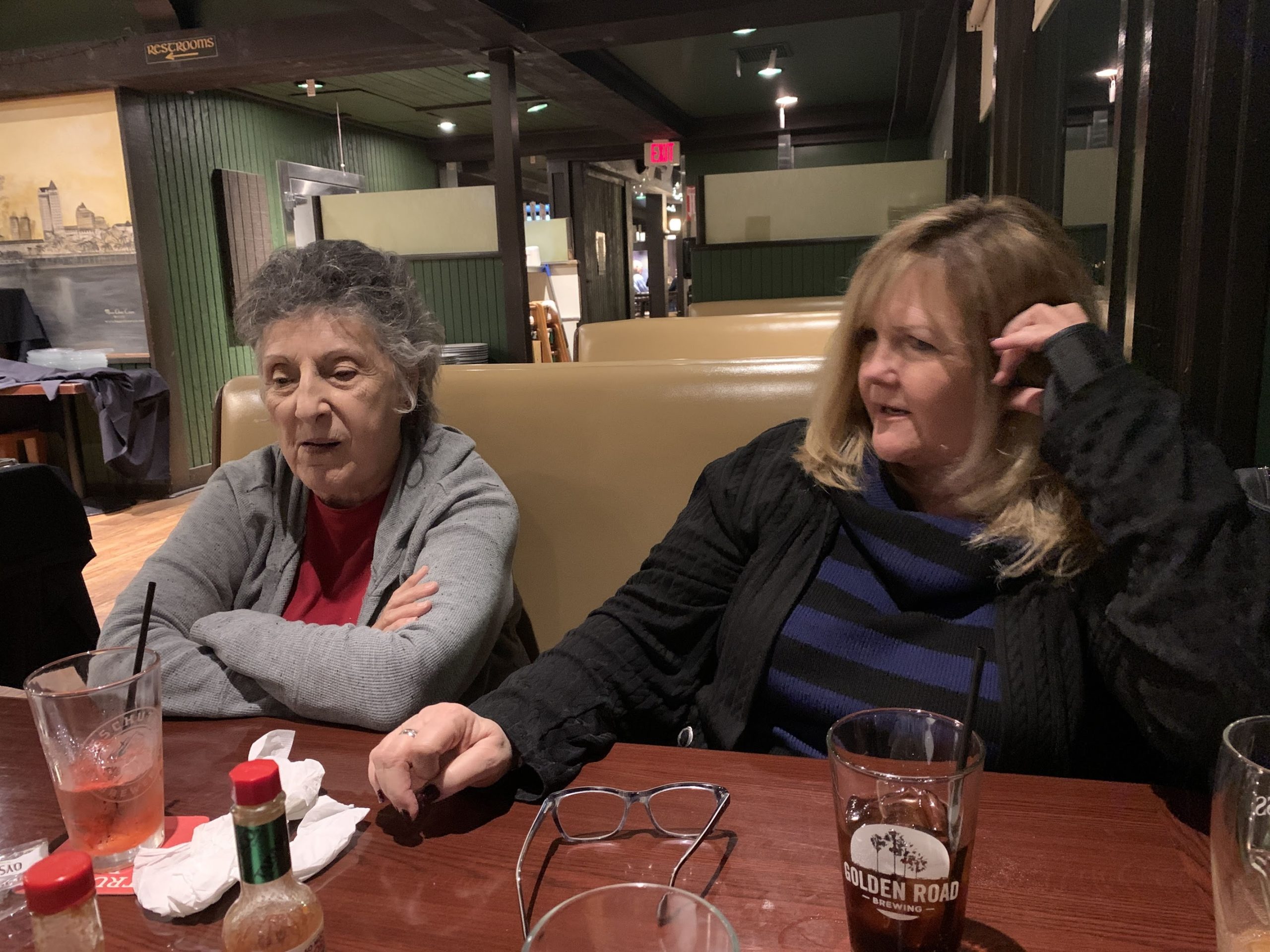 As we talked about Sue, Greg mentioned that he took a lot of pictures and shared one with us.  He shared that over the past 25 years that we have been friends, Sue and I always held hands no matter where we were. 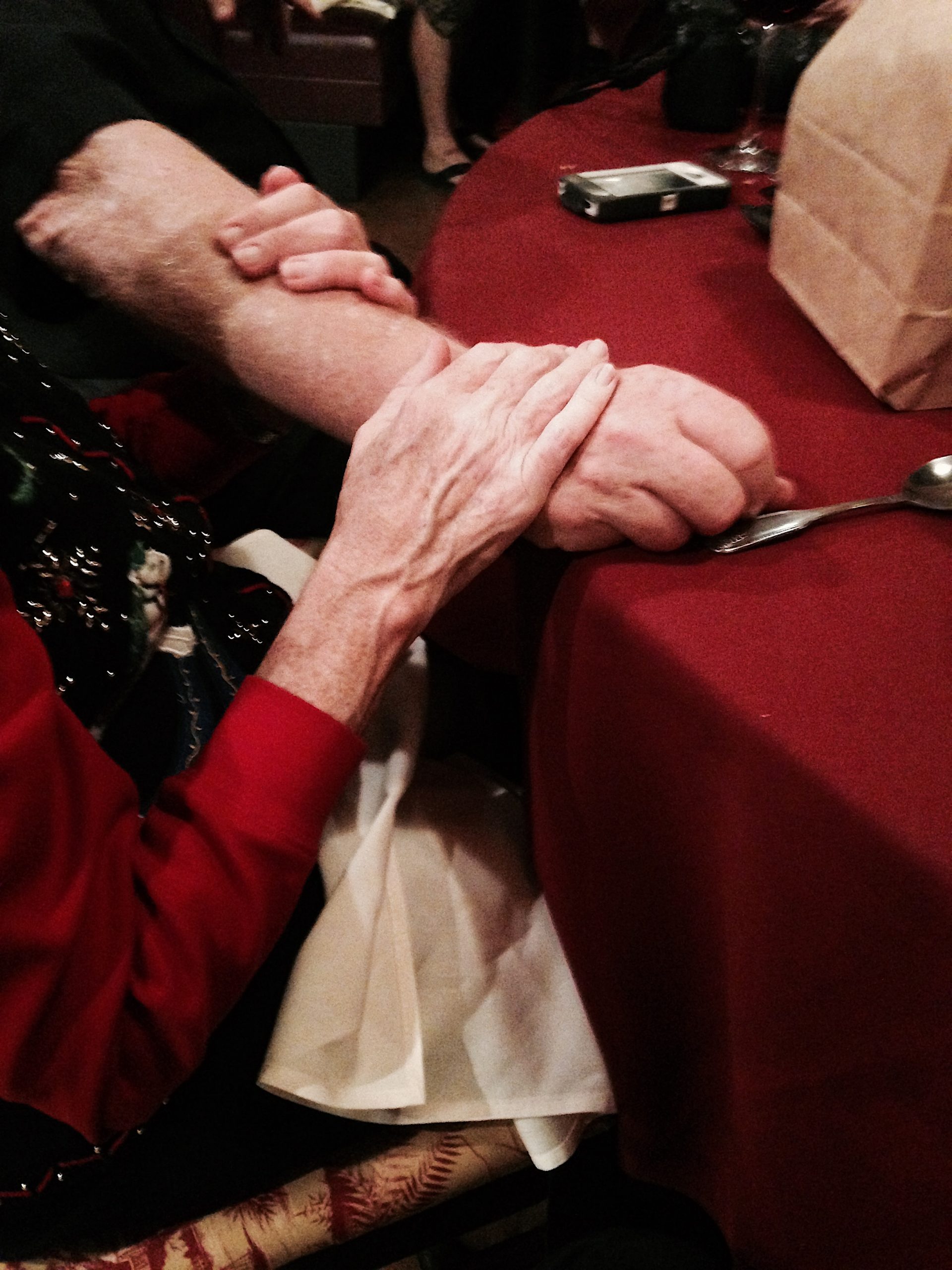 I miss Sue’s soft touch and feeling of security

The sunset was, as usual, magnificent.  Robin took the pictures as I just enjoyed the group remembering. 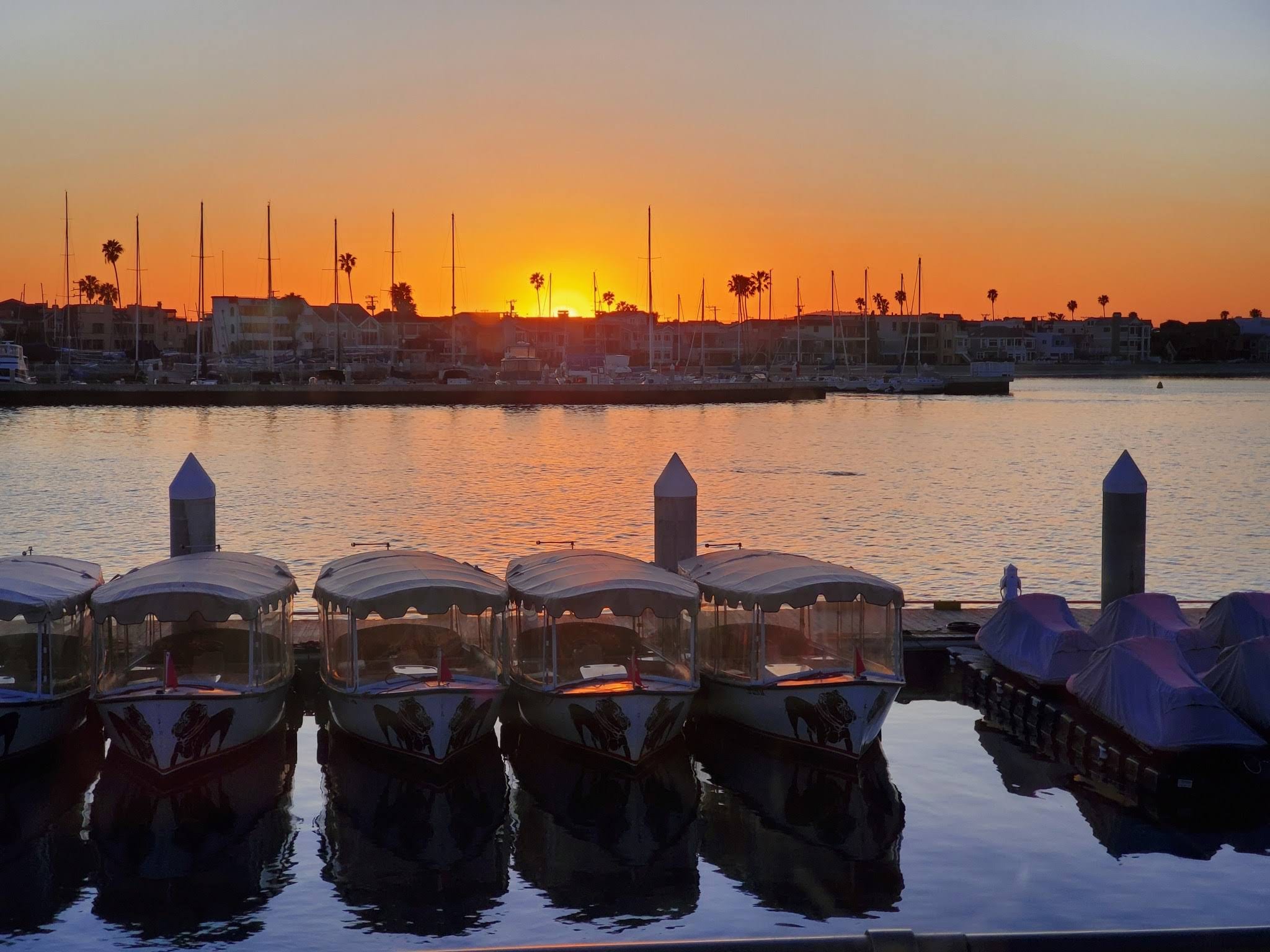 Another day safely put away!

Robin shared a “Grandma and her girls” photo taken at Catal a few years back.  I missed seeing Colleen in the picture, darn those 3000 miles! 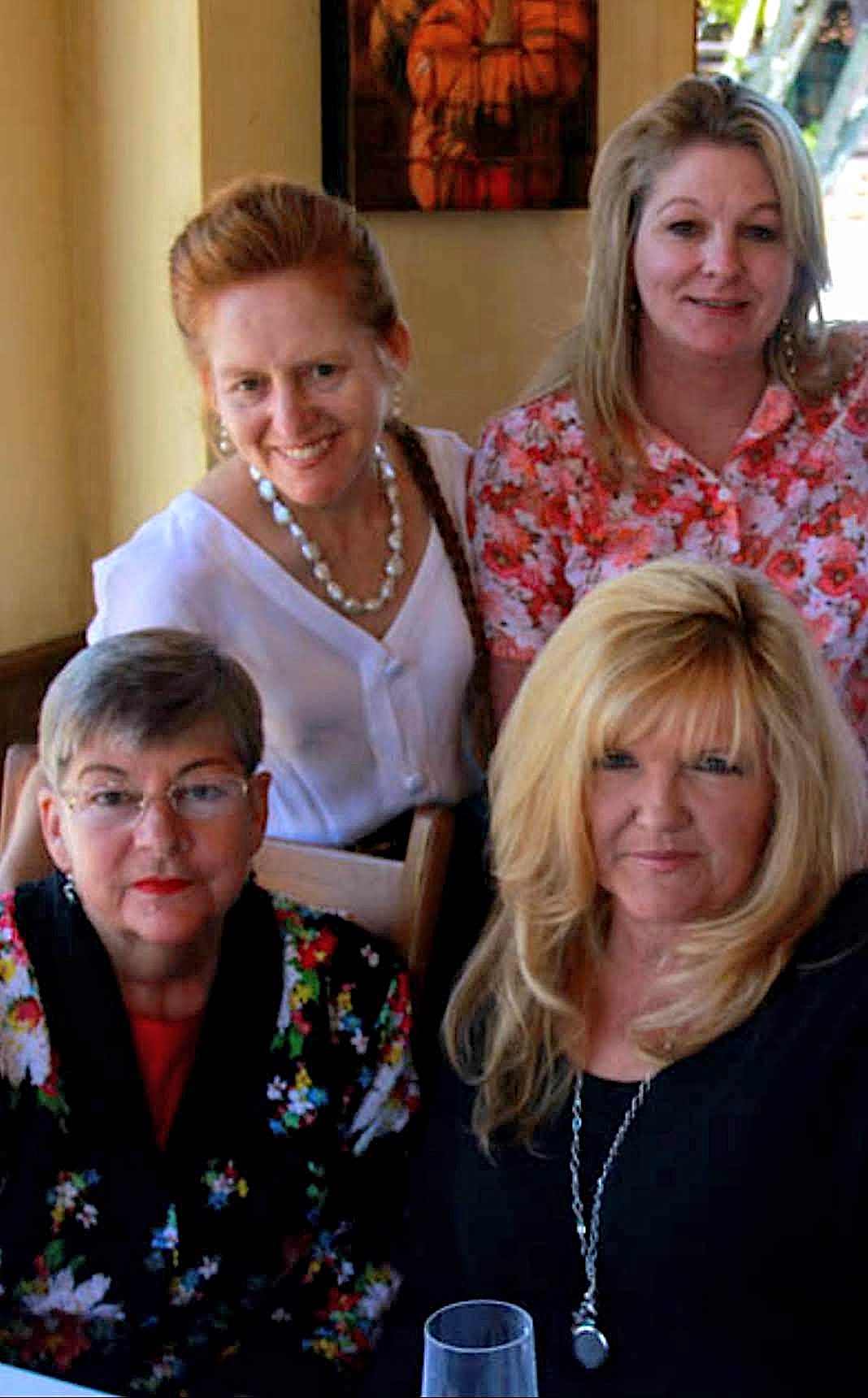 It is too bad that Colleen and Jeanette could not have been there, but life is the way it is!

We headed for home at about 7:30 PM.  Robin was going to stay with me, but she was feeling poorly due to having the flu, and I returned alone.  All my fiddling with electronics is paying off, and I reached for the iPhone and turned on the front yard lights, checked the security cameras, and changed the lighting inside of the house from dark to “TV Watching” mode. 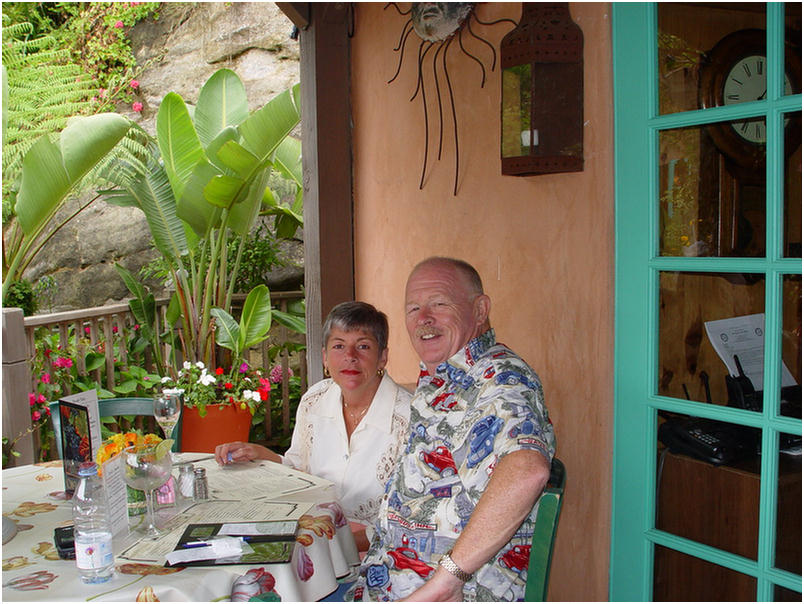 Dining at Trivoli Two in Laguna Canyon was a tradition for thirty years!

The computer was feeling alone, so I pounded the keys for about 45 minutes before heading to bed.   I am happy to report my “sense of humor” is still doing OK between periods of extreme sadness, so: 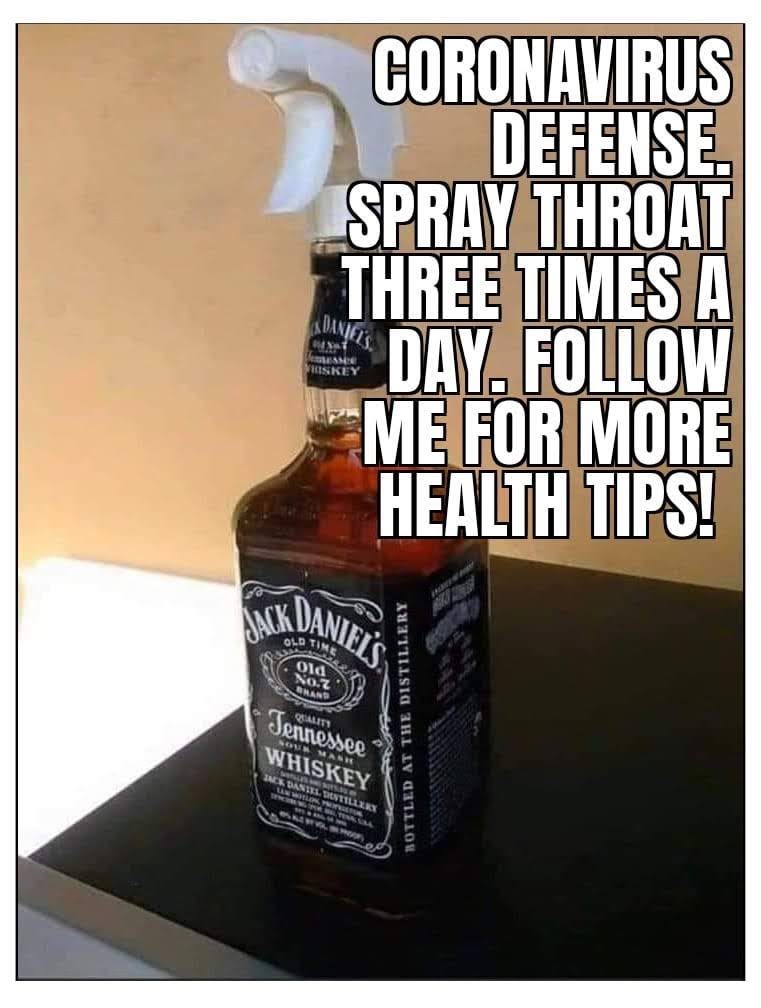 What can I say?

Just an old retired guy trying to finish out my last years on this planet loving my best friend and wife, having fun, learning, and passing on helpful things to others.
View all posts by Paul →
This entry was posted in Dining Out, Family, Friends, Walking. Bookmark the permalink.
Powered by Maribol IMDB Plugin