The “Drum Barracks” Was An Interesting Museum

The Drum Barracks Civil War Museum is housed in the last remaining wooden building of Drum Barracks, named after Adjutant General Richard Coulter Drum, head of the Department of the Pacific. This facility served as the Union Army headquarters in the Southwest (Southern California and the Arizona Territory) from 1861 – 1871. Drum Barracks, which was first called Camp Drum, served as the main staging, training and supply base for military operations in the Southwest, and occupied approximately sixty acres of land with an additional thirty-seven acres near the harbor. The land was sold to the Army by Phineas Banning, and B. D. Wilson, who each received one dollar, with the agreement that the land would revert back to them after the camp was closed. 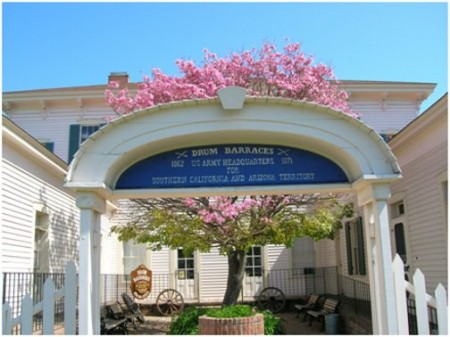 Just an old retired guy trying to finish out my last years on this planet. I lost my best friend and wife in early 2020. I was blessed again by reconnecting with Dr. Mary Côté, a long-time friend. Mary and I got married July 28th, 2021, and are enjoying life together and plan to spend the rest of our lives being a blessing to our friends and family.
View all posts by Paul →
This entry was posted in Fun and tagged Museums. Bookmark the permalink.