It rained last night so we decided to go to the museum for the afternoon before going to the movies!  The Bowers Museum is fantastic for a small museum.  We had lunch at Tangata wondered around the museum for a few hours! Founded in 1936 by the City of Santa Ana through a bequest from Charles and Ada Bowers, the Bowers Museum is one of California’s finest and Orange County’s largest museums. In 1986, the museum closed its doors for a period of self-study. In response to community needs and input, it reopened in 1992 as a new cultural center, and expanded children’s programming in 1994 with the opening of the Kidseum. The museum also recently celebrated the grand opening of the 30,000+ square-foot Dorothy and Donald Kennedy Wing in February 2007. To achieve its mission, the Bowers offers exhibitions, lectures, art classes, travel programs, children’s art education programs, and other special community programs. 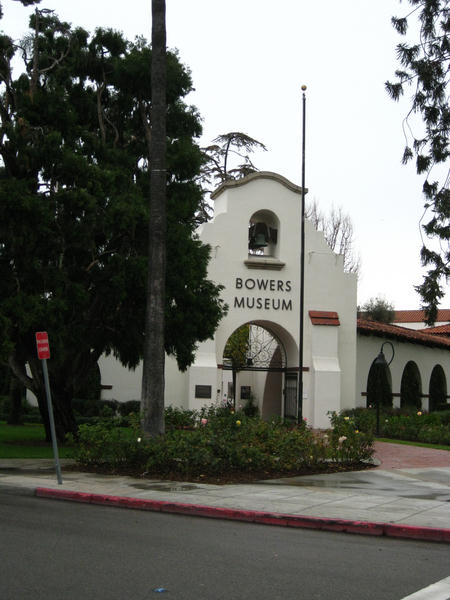 Just an old retired guy trying to finish out my last years on this planet loving my best friend and wife, having fun, learning, and passing on helpful things to others.
View all posts by Paul →
This entry was posted in Fun and tagged Bowers Museum, Museums. Bookmark the permalink.
Powered by Maribol IMDB Plugin