The P-3 was doing “touch and go’s” from the Joint Forces Training Station which means it flew right over the golf course!  The Lockheed P-3 Orion is a maritime patrol aircraft of numerous military organizations around the world, used primarily for maritime patrol, reconnaissance, and anti-submarine warfare. The P-3 Orion, originally designated P3V, based on the Lockheed L-188 Electra, which met limited success as a turboprop airliner competing against emerging pure jets. It served as the replacement for the postwar era P-2 Neptune. The Orion is powered by 4 turboprops which give it a speed comparable to fast propeller powered fighters, or even slow turbofan jets such as the A-10. 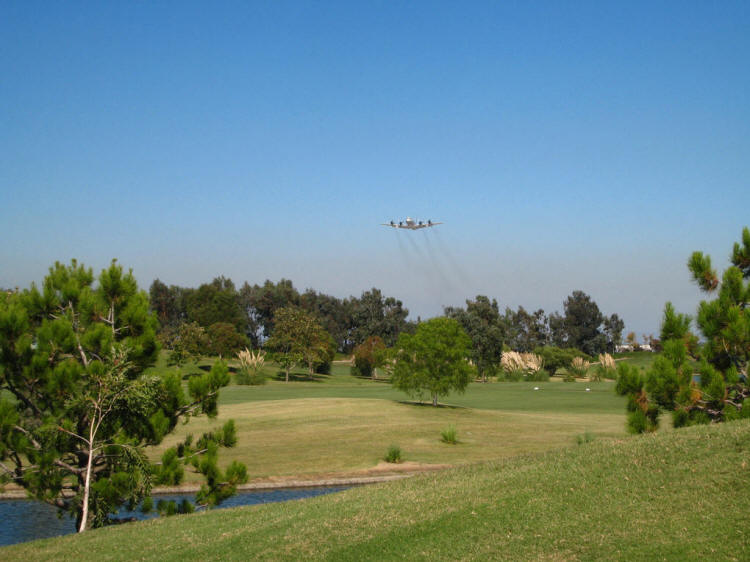 P-3 Orions Taking Off and Landing At LANRS

Just an old retired guy trying to finish out my last years on this planet. I lost my best friend and wife in early 2020. I was blessed again by reconnecting with Dr. Mary Côté, a long-time friend. Mary and I got married July 28th, 2021, and are enjoying life together and plan to spend the rest of our lives being a blessing to our friends and family.
View all posts by Paul →
This entry was posted in Fun and tagged Golf. Bookmark the permalink.