An opening thought for the day: 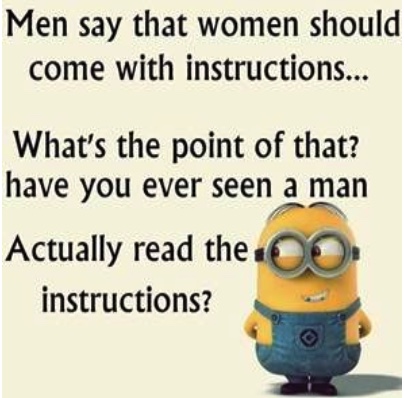 So Paul asks Sue “What is an instruction manual?”

We went to the Market and waited around to go to see Dr Vannatta.  The appointment had to be  cancelled as he had an emergency on the hospital next door.  We found out later it was an  emergencyin the emergency room! We see him Thursday instead!

So…  We had lunch and dined on macaroni and cheese a’ la’ Sue (plenty of hot peppers), corn chowder a’ la’ Sue (corn, potatoes, bell pepper, shallots and peppers right from the garden), and fresh corn on the cob picked ten minutes before eating! (one must let the corn cool off after being in the microwave)! Yeah Baby…. Eating high on the hog!

We then decided to go to Old Ranch and meet up with the “other gang”.  We sat with Randy and MaryJo discussing the latest restaurants.  They dined at Seasons 52 in Phildelphia two days ago!  It was the same chain as ours in Costa Mesa!

We then headed across the street to the Japanese Steakhouse called Kobe.  Sue had a glass of wine while Paul attacked the sushi bar with a vengeance 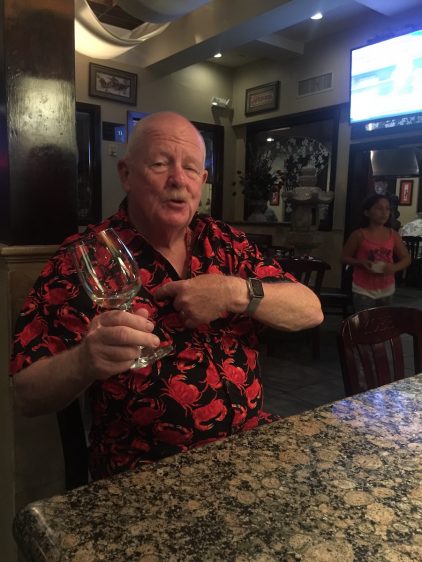 One must wash the sushi down with something! Note the appropriate attire… Crabs!

Sue assisted in the selections as she likes to see interesting items even though she cannot dine on them! 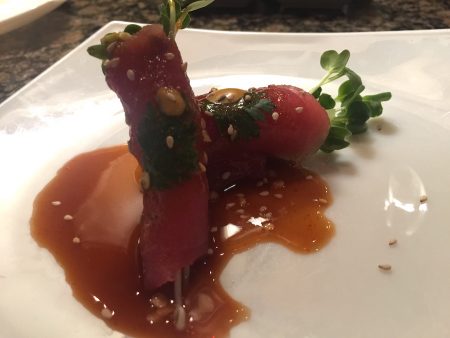 Then Paul tried the octopus… He had his hands full! 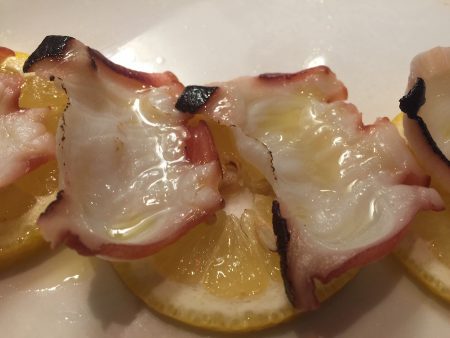 Did You Know? Carpaccio  is a dish of raw meat or fish (such as beef, veal, venison, salmon or tuna), thinly sliced or pounded thin and served mainly as an appetizer. It was invented and popularized by Giuseppe Cipriani from Harry’s Bar in Venice during the second half of the twentieth century.

It was named after Venetian painter Vittore Carpaccio. The beef was served with lemon, olive oil, and white truffle or Parmesan cheese. Later, the term was extended to dishes containing other raw meats or fish, thinly sliced and served with lemon or vinegar, olive oil, salt and ground pepper. 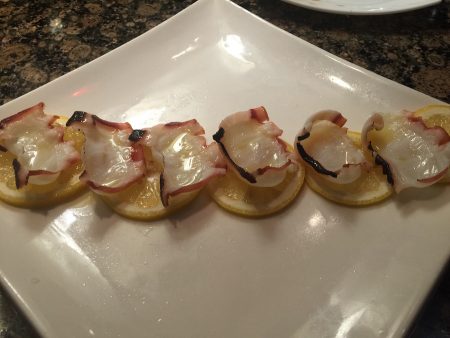 We wondered how the sushi is so fresh and then it occurred to us… There were three of these when we came in! 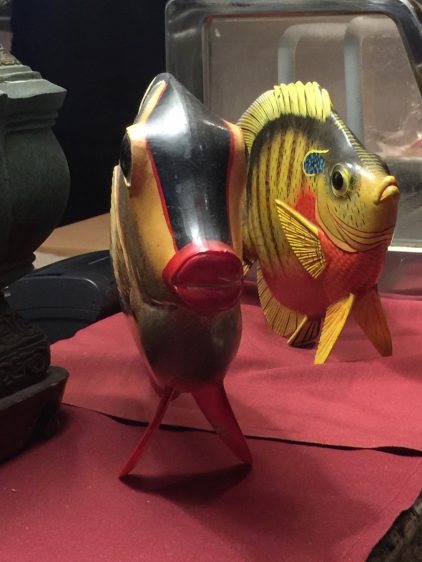 we finally figured out why the sushi is so fresh! 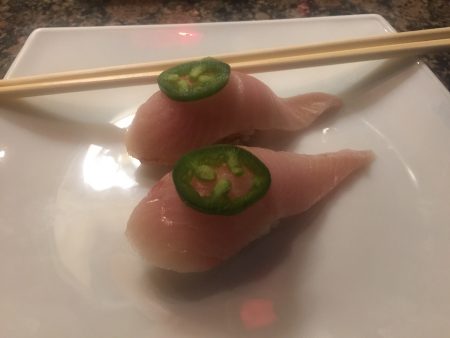 Yellowtail with a jalapeno pepper!

The sushi chef was Mexican and his name is Manny.  He started in the kitchen thirteen years ago and is now a fully certified sushi chef… We love to hear stories about people working hard and moving forward in life.  Here is to Manny!

Just an old retired guy trying to finish out my last years on this planet. I lost my best friend and wife in early 2020. I was blessed again by reconnecting with Dr. Mary Côté, a long-time friend. Mary and I got married July 28th, 2021, and are enjoying life together and plan to spend the rest of our lives being a blessing to our friends and family.
View all posts by Paul →
This entry was posted in Food and Wine, Friends, Fun and tagged Dining Out, Friends, Happy Hour, Kobe Steakhouse, Old Ranch. Bookmark the permalink.