Great Day With Dining, Play, Visits, And The Gang

“What is that unforgettable line?” –  Samuel Beckett

Typical for us… On the go!  We began at 10:30 with Sue’s hair appointment and then went VFR to Seasons 52 where we had a fantastic meal!  The entrees are all less than 475 calories so we are safe.  Perhaps the desserts and wine may have upped the caloric intake a bit?  We drove across the street to the OCPAC to see “Jersey Boys”. 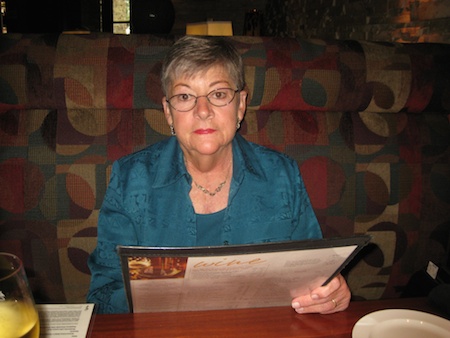 Sue checks out the menu 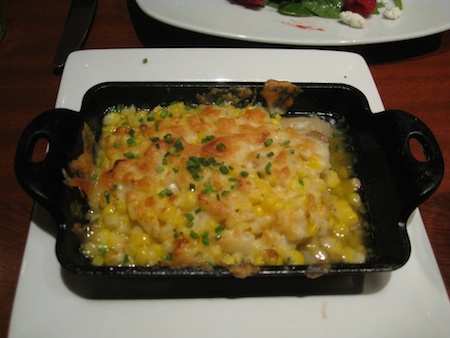 The roasted corn was fabulous!! 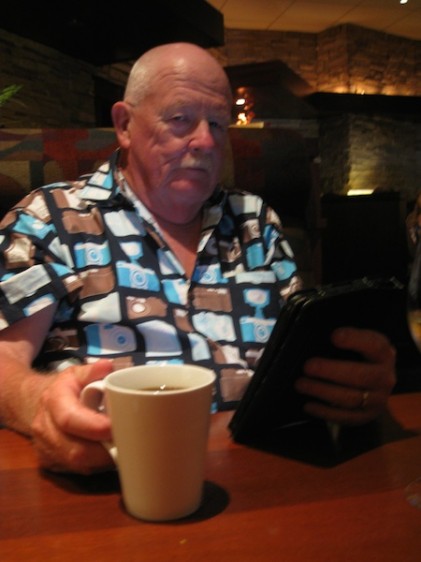 Paul needed a coffee before the play

Jersey Boys is a jukebox musical with music by Bob Gaudio, lyrics by Bob Crewe, and book by Marshall Brickman and Rick Elice. It is presented in a documentary-style format that dramatizes the formation, success and eventual break-up of the 1960s rock ‘n roll group The Four Seasons. The musical is structured as four “seasons”, each narrated by a different member of the band who gives his own perspective on its history and music. Songs include “Big Girls Don’t Cry”, “Sherry”, “December 1963 (Oh, What A Night)”, “My Eyes Adored You”, “Stay”, “Can’t Take My Eyes Off You”, “Working My Way Back to You” and “Rag Doll”, among others. The title refers to the fact that the members of The Four Seasons are from New Jersey. 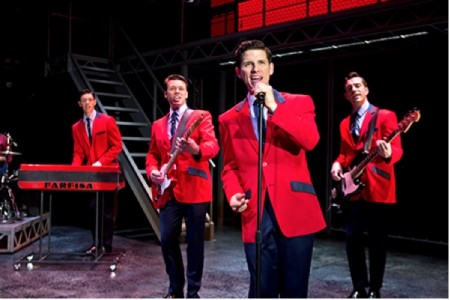 We then headed to Downtown Disney to visit Catal and have a couple of drinks plus pick up some “Disney Dollars” for an upcoming birthday.

Then back to Garden Grove Elks for hours of dancing to Marge Kell! Join us! 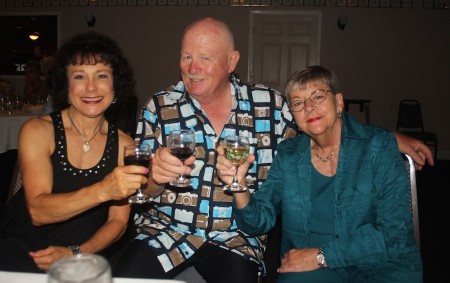 Just an old retired guy trying to finish out my last years on this planet. I lost my best friend and wife in early 2020. I am involved seriously with a long-time friend, Mary, and life goes on.
View all posts by Paul →
This entry was posted in Dancing, Food and Wine, Friends, Theater and tagged Dancing, Dining Out, Elks Lodge, Friends, OCPAC. Bookmark the permalink.