Off Like A Rocket…. Making Up For Saturday! Fun At The Cerritos Center For The Performing Arts

We skipped church and headed to Costa Mesa to have lunch with Hannah and Thomas at the Corean Kalbi Korean restaurant.  Great food and service…. One of our favorites.

We then went VFR to the Cerritos Performing Arts Center to see “The Association” and “Paul Revere And The Raiders”… Wow!  Should have seen all the “old folks” bee boppin’ to the music.  Paul Revere & the Raiders is an American rock band that saw considerable U.S. mainstream success in the second half of the 1960s and early 1970s with hits such as “Kicks” (1966; ranked number 400 on Rolling Stone magazine’s list of The 500 Greatest Songs of All Time), “Hungry” (1966), “Him Or Me – What’s It Gonna Be?” (1967) and the 1971 No. 1 single “Indian Reservation (The Lament of the Cherokee Reservation Indian)”.

Paul Revere’s standup comedy was amazing…. He had the audience falling down the laughter!.  A great afternoon with Tom and Bunny Burns with James and Linda Cathey! 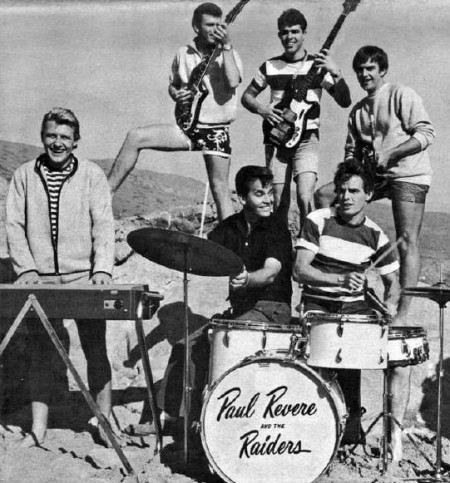 The concert is over at 5:30 and we arrive 17 miles away at the Elks about 17 minutes later were we danced with the gang until about 10:15.  So what did we do?  Went home and hit the treadmill for an hour!  What else???

Just an old retired guy trying to finish out my last years on this planet loving my best friend and wife, having fun, learning, and passing on helpful things to others.
View all posts by Paul →
This entry was posted in Dancing, Family, Food and Wine, Friends, Theater and tagged CCPA, Dancing, Elks Lodge, Friends, Theater. Bookmark the permalink.
Powered by Maribol IMDB Plugin