We drove over to Yorba Linda to see the Nixon Library and all the changes since we first saw it years ago. Vicky and Del joined us for this adventure.  Join us to see all the pictures. 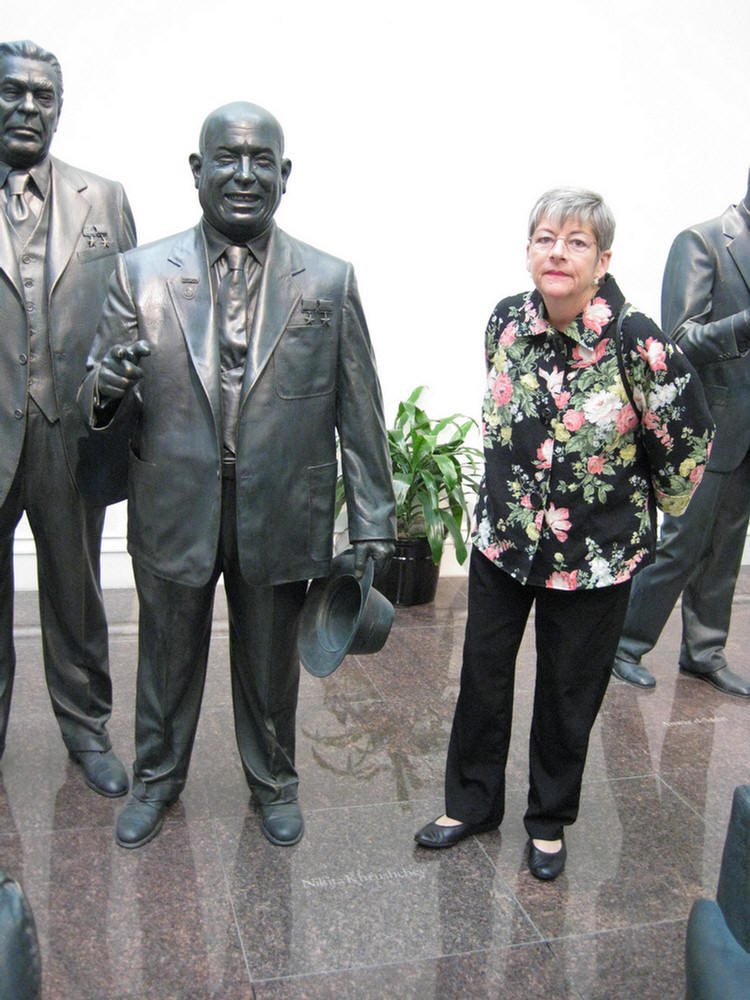 Khrushchev Was A Short Little Squirt!

The Richard Nixon Presidential Library and Museum is the presidential library of Richard Milhous Nixon, the 37th President of the United States. Located in Yorba Linda, California, the library is one of twelve administered by the National Archives and Records Administration. From its original dedication in 1990 until becoming a federal facility on July 11, 2007, the library and museum was private and was known as the Richard Nixon Library & Birthplace. The nine acre (36,000 m²) campus is located at 18001 Yorba Linda Boulevard in Yorba Linda, California and incorporates the National Historic Landmarked Richard Nixon Birthplace where Nixon was born and spent his childhood.

Just an old retired guy trying to finish out my last years on this planet loving my best friend and wife, having fun, learning, and passing on helpful things to others.
View all posts by Paul →
This entry was posted in Adventures. Bookmark the permalink.
Powered by Maribol IMDB Plugin