Ancient History Time; Going Back To 1962!

The new firepit (the old wood burner now converted to gas) is a beautiful way to see the new day. Coffee cup in hand, we watch the Sun creep higher into the sky while the warm wisps of air keep us toasty! 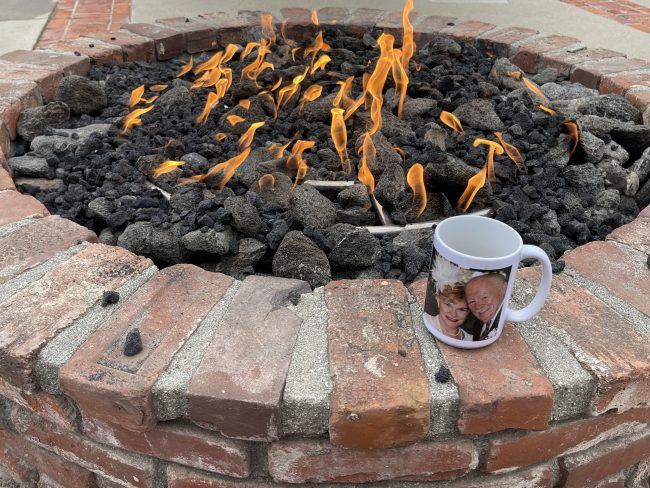 Time to wake up!

We did chores around the house and decided to put all the cooking-related books into the exercise room adjacent to the door so that they could be ready for our next cooking adventure.

We had a hair appointment at 10:00 AM. I get my ears lowered, and Mary goes through a couple of hours of effort to keep her beautiful!

Lee came over at 1:00 PM, and as we were walking in the door, Mary pulled up! Incredible timing because we needed to leave for Costa Mesa at 1:30 to pick up Louise, a fellow graduate of 1962 who I do NOT remember; we had a huge class.

We drove e to the Windom Hotel, not called “The W Hotel” in Westwood, and went to the pool area. We had about 25 people and their spouses from our class. It was an “informal” event; COVID kind of blew the formal plans up. Someone said they would plan a traditional get-together later this summer when the COVID thing gets put away! 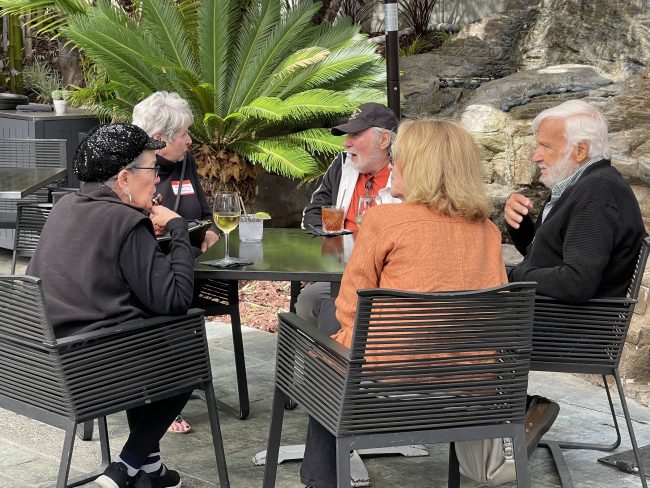 Lee (in white hair and a Margarita in hand) visits friends. 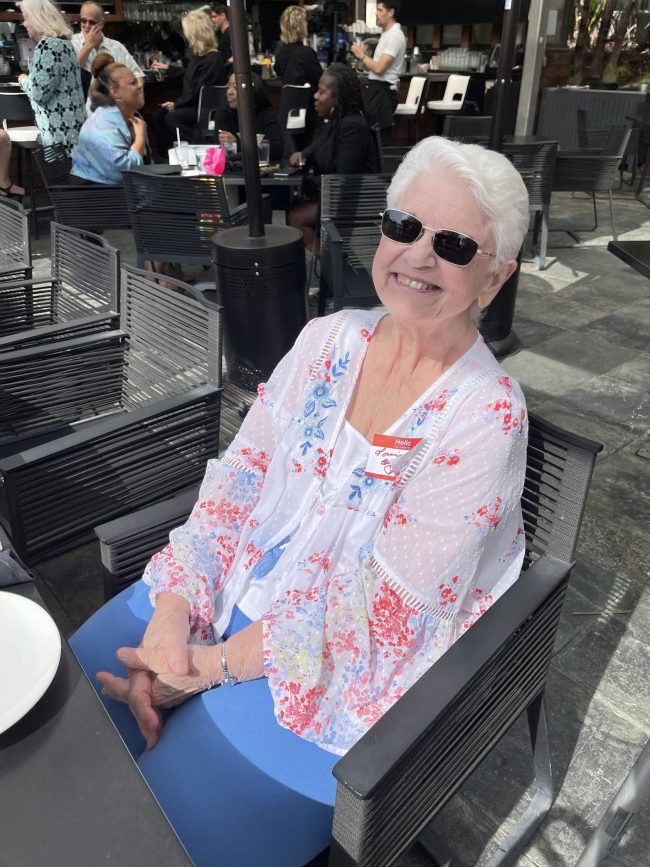 She has the evidence!

Gilbert,  Shar, and I started school together in 1949; Kindergarten at Shenandoah Elementary. Anders joined us in High School in 1959 and stayed through the 11th grade when his folks moved to Virginia. He came all the way out for a few hours’ visit.! 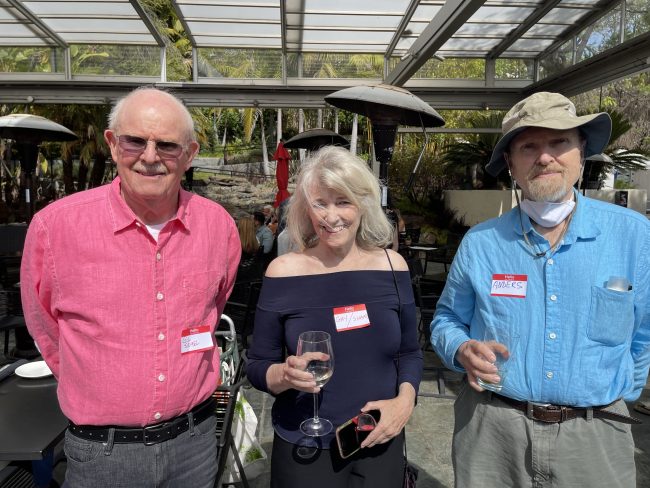 Gil, Mary, and I had a good time. Gil looks the same as I remembered 60 years ago! He did accuse me of bringing my daughter with me; he still has good eyes. 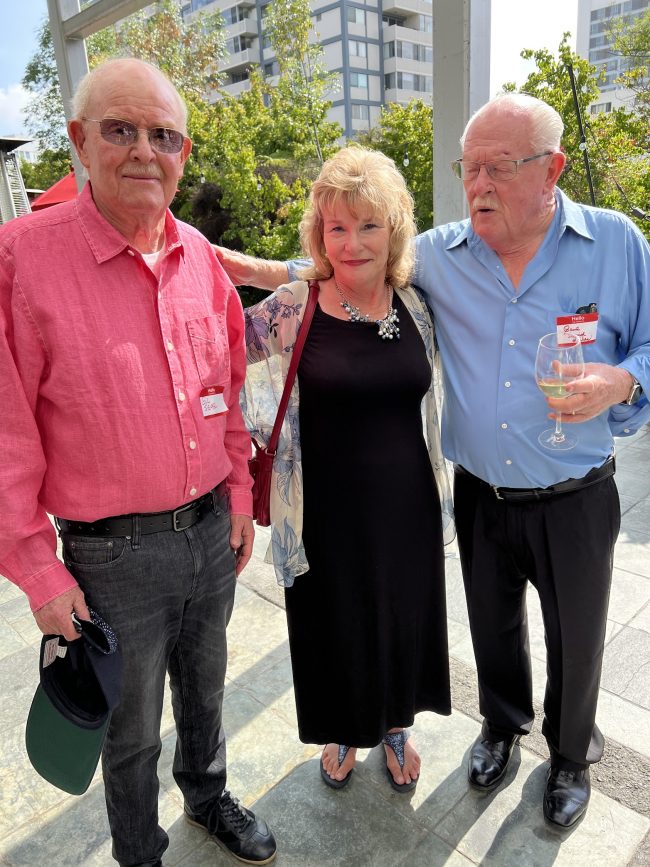 I had known Gil since before Mary was born!!

“It’s the oldest story in the world. One day you’re seventeen and planning for someday, and then quietly and without you ever noticing, someday is today, and that someday is yesterday. And this is your life.”

We departed about 5:30 PM and returned Louise to Costa Mesa, and then we went home. Lee joined us for a new home tour, and she sat with us on the patio for a while before returning home.

Just an old retired guy trying to finish out my last years on this planet. I lost my best friend and wife in early 2020. I was blessed again by reconnecting with Dr. Mary Côté, a long-time friend. Mary and I got married July 28th, 2021, and are enjoying life together and plan to spend the rest of our lives being a blessing to our friends and family.
View all posts by Paul →
This entry was posted in Adventures, Friends. Bookmark the permalink.