Were’s busier than a one-legged man in a butt-kicking’ contest.

Before the Sun was up, we were moving!  Scout, The Wonder Dog, needed his walk, so we put on the pedometer, and now we have proof that we walk almost a half-mile every morning. 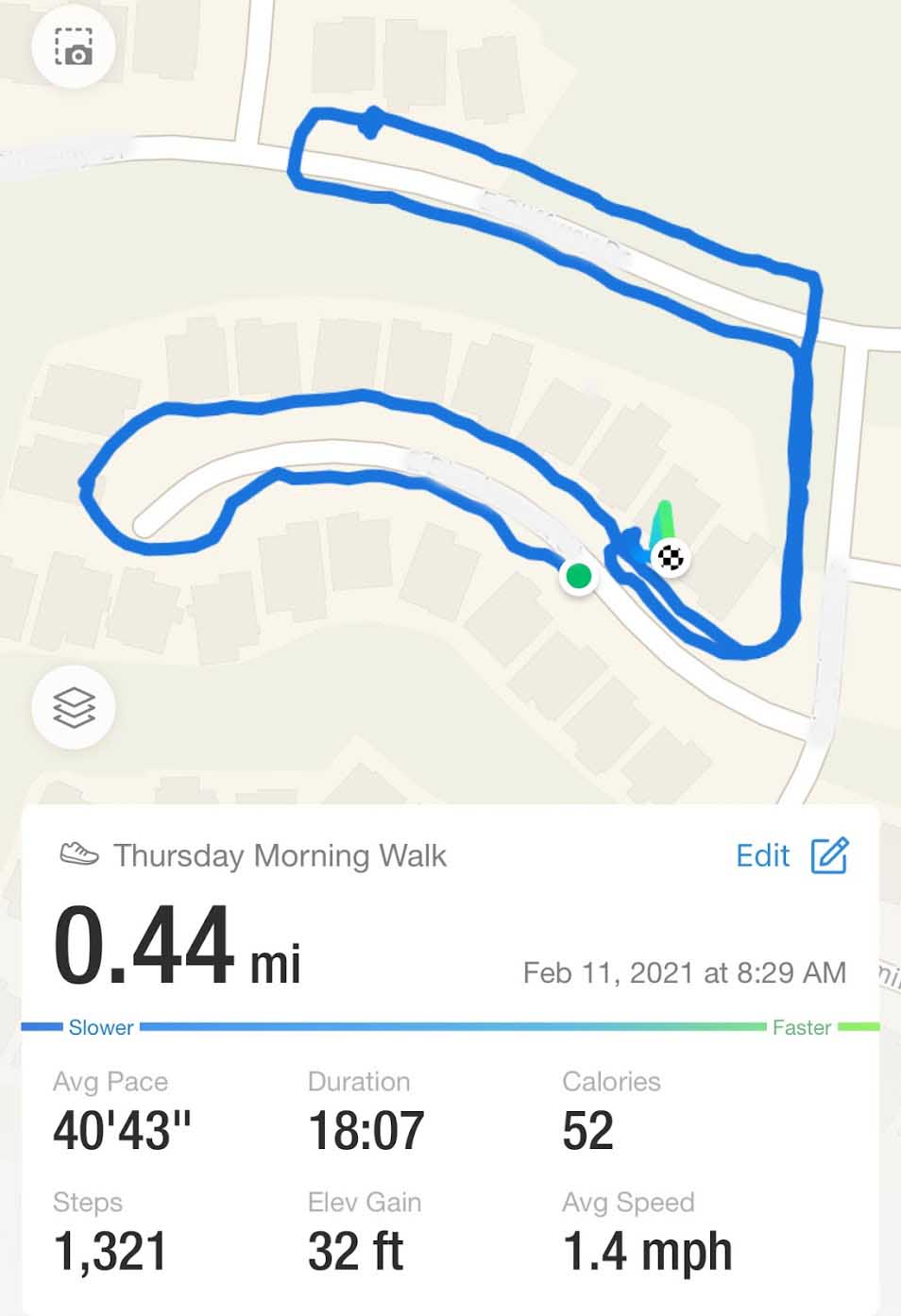 We will add a little more to the walk so Scout can get in a half-mile a day!

Mary fixed a little appetizer back home because we are going to Mary’s doctor at noon, my doctor at 4:15 PM, and finally the Rib Trader around 6:00  PM ish! We opted out of “Girls Night Out,” but everyone else also did! 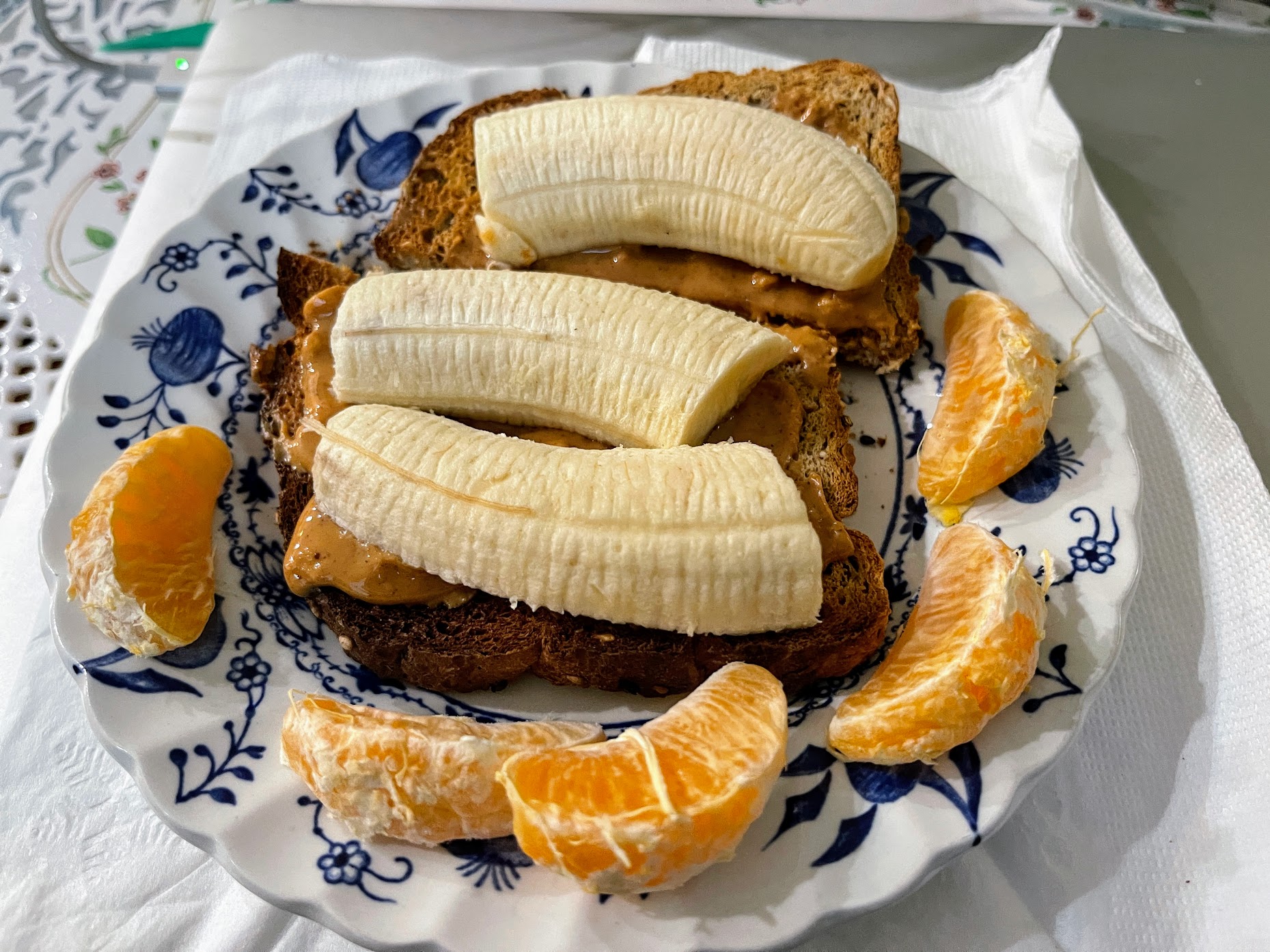 Mary’s doctor was in Orange, and we talked to him about her back/hip issues.  We have a plan of attack.

We returned to Mary’s, and she fixed lunch, which was amazing, a meal from nothing.  Salad, homemade potato chips, cauliflower and cheese, cheesy-bread, and half a steak!  I was stuffed. I am eating like a king and keeping my weight in check, still under 190!

We then headed to Tustin to pick up Mary’s baby, who was in the shop for the last couple of days. Diagnosis: Low battery because the car needs to be driven! So Mary will take it to work on  Friday, and we will take it to Annie’s and the dance on Saturday.  It will get a couple of hours on the freeway; a good chance to charge up! 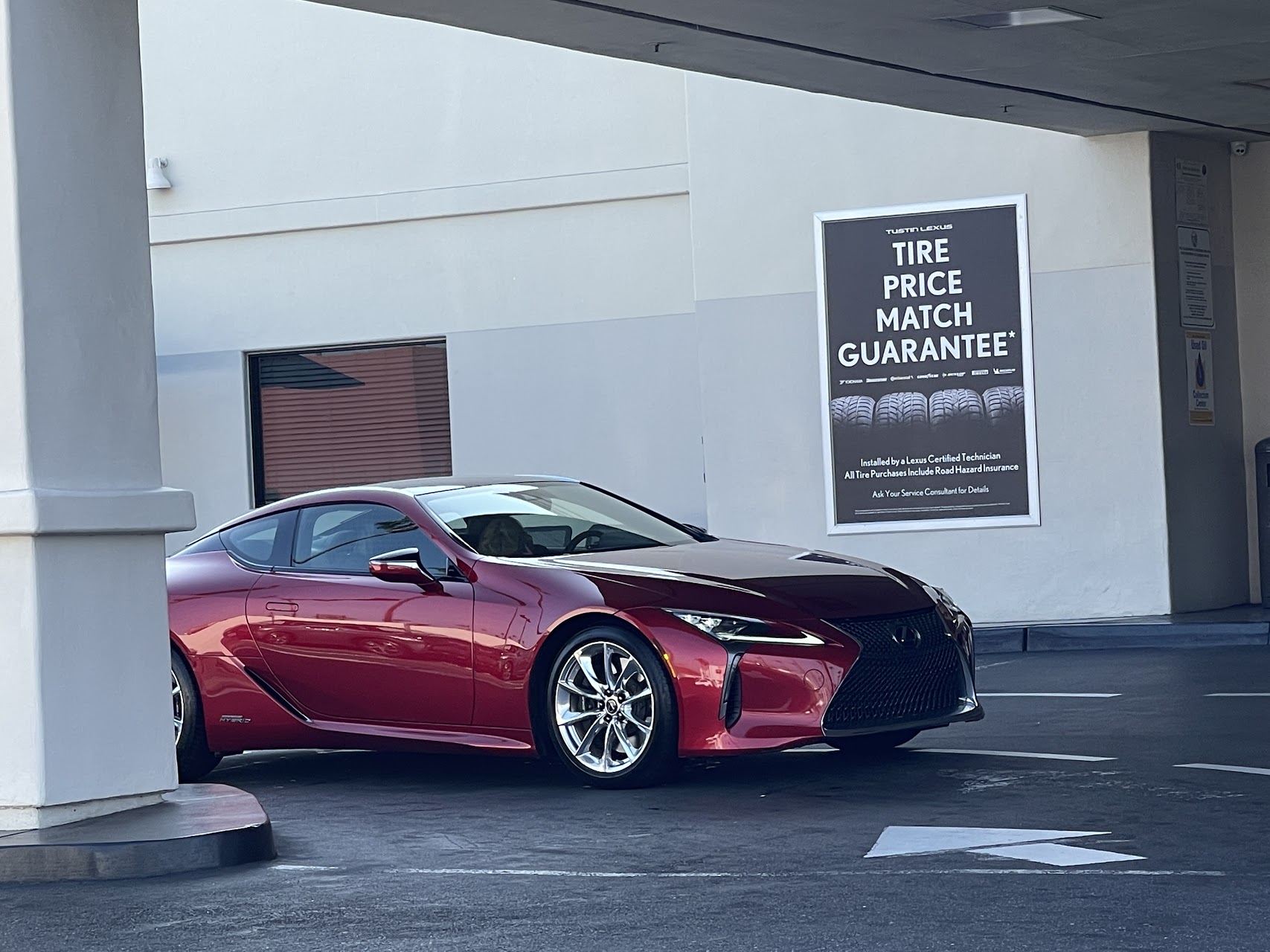 Precious, her baby car, comes home from the hospital!

3:30 PM, and we are off like a rocket to Long Beach for my doctor’s appointment.  I was poked and prodded and examined with the result being all is well, and the ol’ ticker has another twenty-years or 100,000 miles, whatever comes first.

Then I held on to the light socket and finally got the scale to read what I wanted it to.

Last but not least, we dropped by the Rib Trader and traded some ribs with Jim the Bartender.  He was so busy we hardly got a chance to talk, so next time we are going in at 3:00 PM when he arrives! 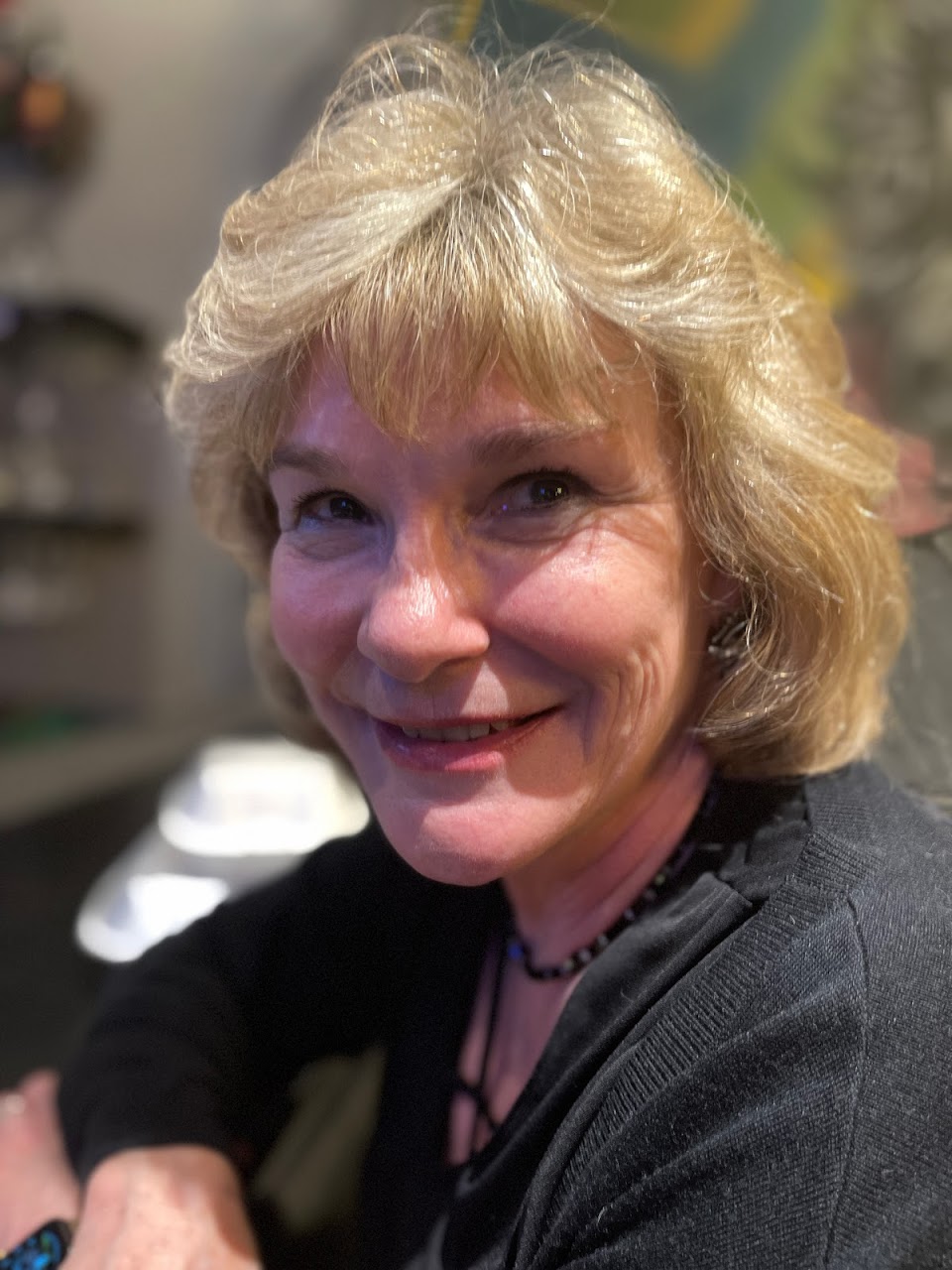 Happy girl at the rib trader!

We paid our bill and headed home to watch “Two And A Half Men” after a short discussion with the waiter!

We watched a great movie with Morgan Freeman called “The Magic Of Belle Island” circa 2014. The Magic of Belle Isle Trailer, starring Morgan Freeman. Directed by Rob Reiner, the magic of belle isle movie follows the story of Monte Wildhorn (Morgan Freeman), a famous Western novelist whose struggle with alcoholism has ruined his passion for writing. He takes a lakeside cabin for the summer in Belle Isle and befriends the family next door who help him find inspiration again… A Re-Coming of Age Story!

At 10:30 PM, I headed home as the doctor is working tomorrow.

Just an old retired guy trying to finish out my last years on this planet. I lost my best friend and wife in early 2020. I am involved seriously with a long-time friend, Mary, and life goes on.
View all posts by Paul →
This entry was posted in Cooking, Dining Out, Doctor, Food and Wine, Movies. Bookmark the permalink.